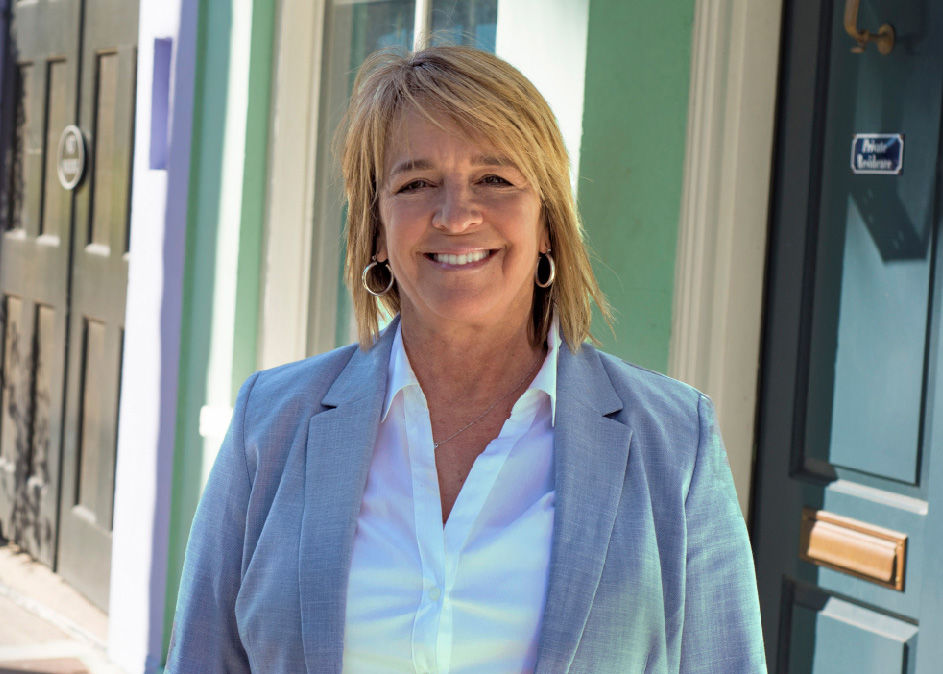 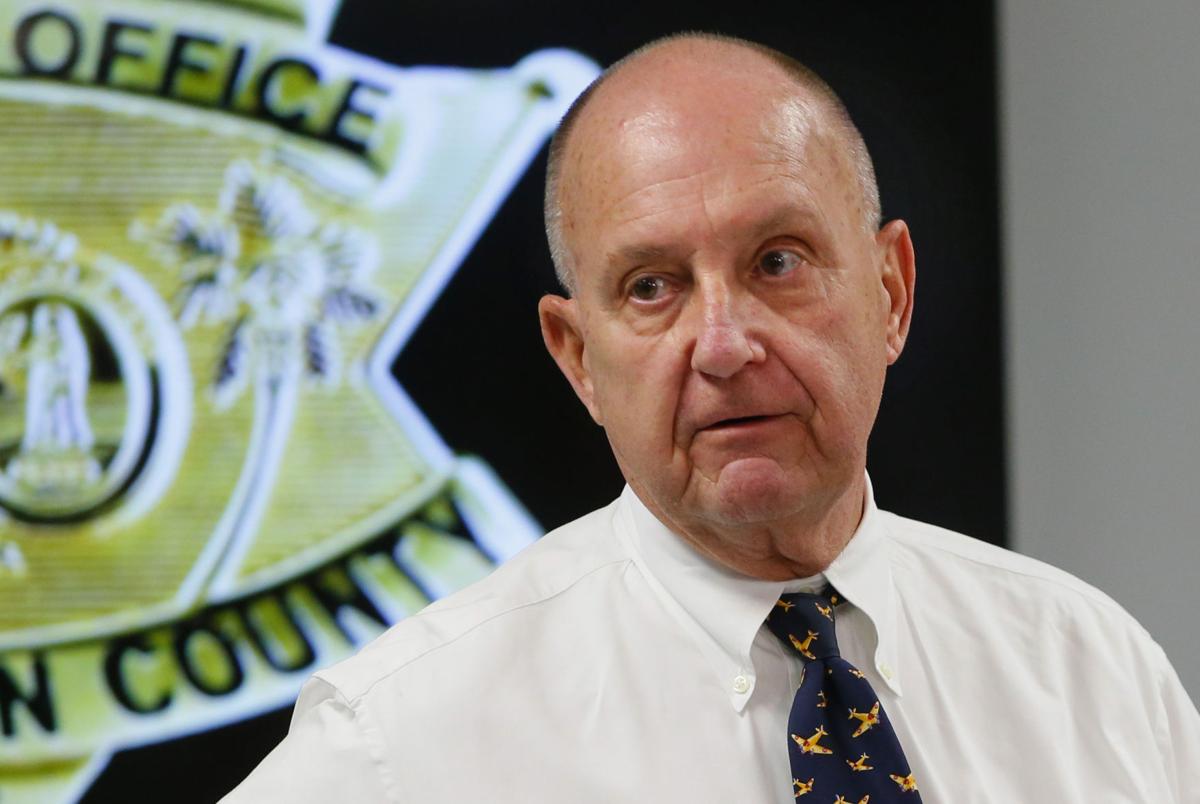 Longtime Charleston County Sheriff Al Cannon placed a veteran deputy on paid leave this week, saying her decision to run for his job poses an inherent conflict that undermines his programs and policies.

Cannon, 73, has faced little political opposition since he was first elected in 1988 to lead what has become South Carolina’s largest sheriff’s office. He said he welcomes a challenge, but he can’t have a deputy working from the inside to thwart the agenda he was elected to carry out.

Graziano, 52, said she had intended to perform her duties with distinction, as she has done throughout her 18 years with the sheriff’s office. Instead, she said she was blindsided Tuesday when Cannon ordered her to surrender her badge, uniforms and guns.

Cannon told her he could have fired her outright but chose to leave her fate in limbo until the election is settled in November. She plans to run as a Democrat but has not formally announced her candidacy or filed the necessary paperwork. Now on leave, she will be paid until her built-up vacation time runs out in about three months, she said. Then she’s on her own.

The county chairman of Cannon’s own party, GOP leader Maurice Washington, said he knew nothing of the move until contacted Thursday afternoon by The Post and Courier. He said Cannon has done a great job as sheriff over the years, but he is off-base in this instance.

“I think it’s a wrong-headed decision,” he said, “and it discourages individuals who have every right to seek public office without fear of retribution.”

Graziano is also in the midst of a lawsuit against Cannon and the county over allegations that she and other deputies were shortchanged on pay they were owed through an education incentive program when wage adjustments were made at the Sheriff's Office in 2000 and 2017. She is one of three plaintiffs in that suit, which was filed last year.

Cannon said the lawsuit had no bearing on his decision to place on her on leave.

Charleston County Democratic Chairwoman Colleen Condon, who is representing Graziano in the suit, said her client is a top-rated deputy who has been lauded for her work. She said the sheriff's action against Graziano was "clearly a poor legal and political decision."

A challenge from within

The situation is unusual, at the very least. Though former deputies have run against sheriffs in the past, they have usually quit or been fired before doing so. Having an opponent on the payroll creates an interesting dynamic — and a potential source of disruption, Cannon contends.

Sheriffs can be held personally liable for the actions of deputies under South Carolina law, so “their loyalty to the sheriff is paramount,” Cannon said in a letter to Graziano.

“Your campaign website claims you are running 'in 2020, because it is time for a change. Our community deserves Transparency, Accountability and Fairness within the Sheriff’s Office,’” he wrote. "By implication, you are stating that my policies are not fair or accountable. That statement alone undermines my programs and policies — and illustrates the inherent and irreconcilable conflict of interest between your desire to run for the office I hold and your legal duty as my deputy.”

Condon said Cannon is simply trying to intimidate Graziano from running against him. She said Assistant Sheriff Mitch Lucas called her office Feb. 12 and made inquiries about Graziano's desire to run against his boss, suggesting that her job would be jeopardy if that were the case.

Lucas on Thursday acknowledged calling Condon to ask about Graziano's plans, but he said any suggestion that he made threats about her employment were "an absolute lie." He said the sheriff likewise took no action on the matter until Cannon learned of the deputy's campaign website over the weekend.

South Carolina law protects people from assault, intimidation, or job termination “because of political opinions or the exercise of political rights and privileges guaranteed to every citizen by the Constitution.” Condon said Cannon appears to have ignored that protection in sidelining Graziano.

Cannon, who is also a lawyer, said that law doesn’t apply in this instance. The courts have repeatedly upheld a sheriff’s right to terminate deputies who stand in opposition to his policies and duties. And South Carolina law makes it abundantly clear that deputies serve at the pleasure of sheriffs, he said.

“If it’s so bad that she thinks she needs to replace me, I am not sure why she is still working here,” Cannon said Thursday. “That’s a pretty drastic step for someone to go out and run against their boss.”

Cannon, who got his start in law enforcement in 1971, is widely credited with making the Sheriff’s Office a more professional, dynamic agency. Over the years, he’s added a host of resources, including helicopters, boats, airplanes, armored vehicles, a K-9 patrol unit, a dive team and a fully equipped bomb squad. He now oversees more than 900 employees and runs the county jail that bears his name. His $64 million budget is larger than those of most local governments.

He's drawn national distinction, but also has had his share of critics. In 2012, for example, he faced catcalls and criminal charges after acknowledging that he slapped a handcuffed suspect in the face following a high-speed chase. He was charged with misdemeanor assault and entered pre-trial intervention.

Graziano, a mother of two, began her law enforcement career in Virginia in 1988, the same year Cannon was elected sheriff. She came to Charleston County in 2002 and has worked a variety of assignments over the years, from patrol and court security to serving on the SWAT team and as a school resource officer. She’s also owned businesses, coached rugby and served as a hospice volunteer.

Through it all, she said, she has upheld her sworn duty to serve the public and her bid to lead the Sheriff’s Office wouldn’t change that. She said she wants to be sheriff to make the department more transparent, accountable and focused on community policing rather than simply locking offenders up. But that doesn’t mean she planned to undermine Cannon in the meantime, she said.

“I'm a public servant. Just because somebody disagrees with me that happens to be my boss doesn't mean I stop serving my community. It doesn't mean I stop pushing the mission that I swore to do,” she said. “I take my authority and my responsibilities seriously.”