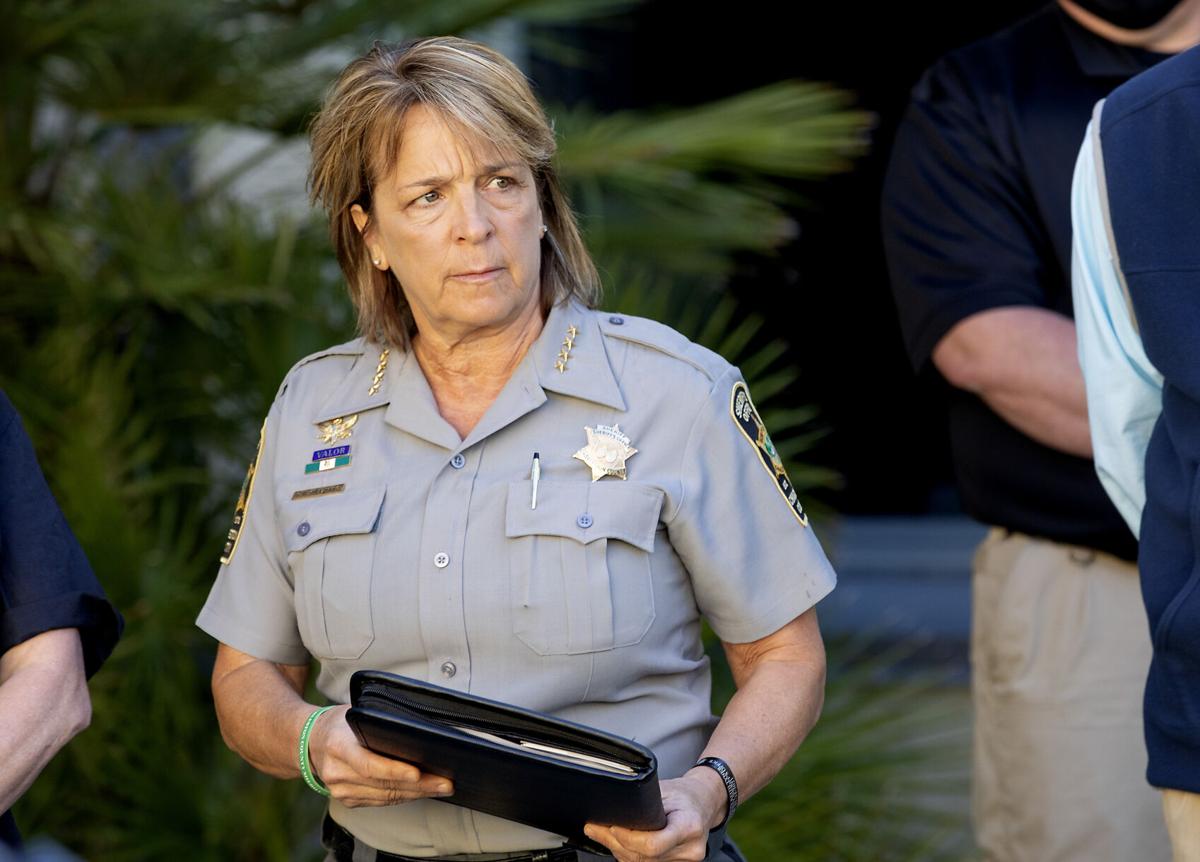 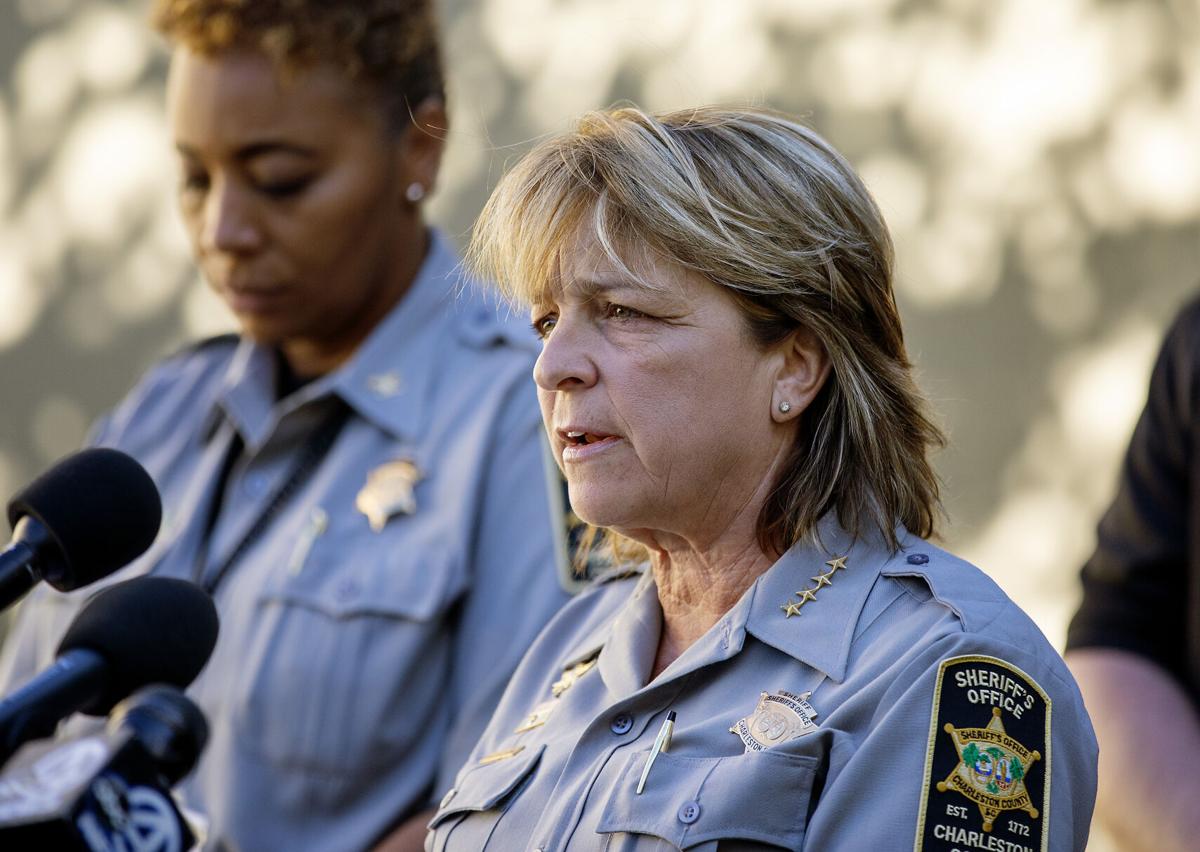 Jamal Sutherland's death marked an immediate challenge for the sheriff, who took office roughly three hours before the fatal encounter in the jail she runs. Graziano spoke on May 14, following an emotional appeal to the community by the man's parents earlier that day in which they called for peace but also raised serious questions over how deputies treat jail residents, especially those with mental illness.

"I knew coming into this position that changes needed to be made," the sheriff said. "That is what we've been doing for the last four months."

Graziano said she aims to be "completely transparent" while also ensuring due process and justice for everyone involved.

"I've done my best to respect the process to the Sutherland family by adhering to their wishes in a signed agreement," she said. "I will continue to work with the solicitor's office, (State Law Enforcement Division) and the family's counsel, as well as our counsel, to resolve this."

"At my discretion, and based on my policy, I put them back on an administrative capacity," Graziano said. "They essentially have desk jobs. ... They do not have any contact with the residents of our facility."

"What you've watched on these videos is not easy to watch," Graziano said. "Unfortunately, in our line of work, we see it all too often."

The sheriff said there were directives in place for the jail at the time that mandated deputies to force all residents to go to bond hearings. She said she's ended that policy.

"Since that day, I have changed that policy and no longer allow forced bond hearings," Graziano said. "Residents can absolutely refuse their right to a bond hearing. ... We have invested funds at the detention center into purchasing tablets and creating a wireless network in house that will allow our officers to bring the bond hearing to them instead of them coming to the bond hearing."

Other changes include an independent assessment on all Sheriff's Office policies and procedures, specifically "those that cause higher liability," such as use of force, traffic, driving and "things that could cause harm to the community," she said.

"This is also true of the detention center, so this is being done as a holistic approach to look at what we have to make things better," Graziano said.

Two days before she assumed office, she met with providers at the jail and implemented a "no missed meds policy," aimed at ensuring jail residents who are on medication do not miss any doses and are provided with about three days of doses when they leave, she said.

The sheriff said she's requesting an after-action review of the Sutherland case and pledged the review would encompass "all the facilities involved, the providers involved and the law enforcement involved."

The Sheriff's Office is developing policies and procedures for mental health, Graziano said, adding her agency needs help from mental health professionals in drafting those policies.

"And we're working on restricting the nonlethal force aspect of persons with mental health crisis," she said. "That is a work in progress. We have to ensure that all the people involved are safe, to include our officers."

Activity surrounding the Sutherland case ramped up this week, starting on May 11 when 9th Circuit Solicitor Scarlett Wilson announced SLED had turned over its investigative file to her. The prosecutor said she expected to decide whether to charge the deputies involved by the end of June. Graziano issued a brief statement that day as well.

The next day, North Charleston Mayor Keith Summey released a nearly nine-minute video containing portions of 911 calls and body camera video of city police dropping Sutherland off at the jail the night of Jan. 4. The city released what Summey called the full video on May 14, about an hour and a half long.

That came a day after Graziano, with pressure mounting, released jail surveillance videos and body camera recordings that showed deputies using pepper spray, Tasers and physical force against Sutherland, a Black man, who refused to come out of his cell for a bond court appearance.

The 31-year-old was jailed after being accused of assaulting staff at Palmeto Lowcountry Behavioral Health on Jan. 4. His parents checked him into the facility after symptoms of his bipolar disorder and schizophrenia surfaced in the waning days of 2020.

In the hours since Graziano released the videos late on May 13, the sheriff faced significant criticism from some activists over holding back the recordings for months — a decision she said was to honor the family's wishes for the videos not to be made public — and on public perceptions that she's failed to live up to her campaign promises of transparency, accountability and reform.

During her campaign for sheriff, Graziano pledged a number of immediate changes, including to conduct racial bias and financial audits of the agency. She pointed to an inmate benefit fund that was the subject of a Post and Courier investigation.

The story detailed that while most of its recent profits went toward inmate services such as drug and alcohol counseling and jail chaplains, hundreds of thousands of dollars were spent to equip and train a special team of detention deputies who handle jail fights and potential inmate uprisings.

Graziano said on May 14 that Houle was a member of the unit but Fickett was not.

On Jan. 5, the day Sutherland died, Graziano ended the agency's partnership with federal authorities that saw immigration detainees housed at the jail, one of her campaign promises.

Speaking to The Post and Courier during her campaign, Graziano said she believed sweeping changes were needed to correct myriad issues she saw in the agency, including lack of diversity and a need to build bonds with Black and Brown communities.