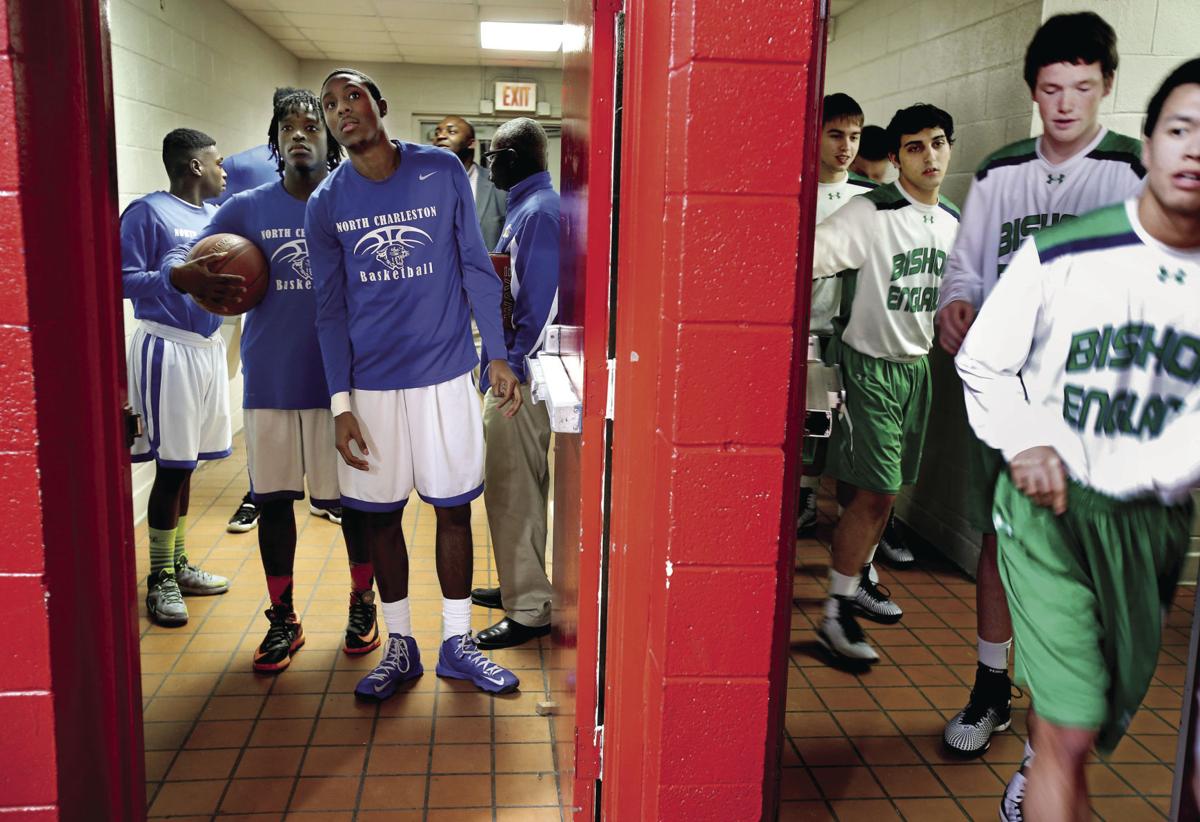 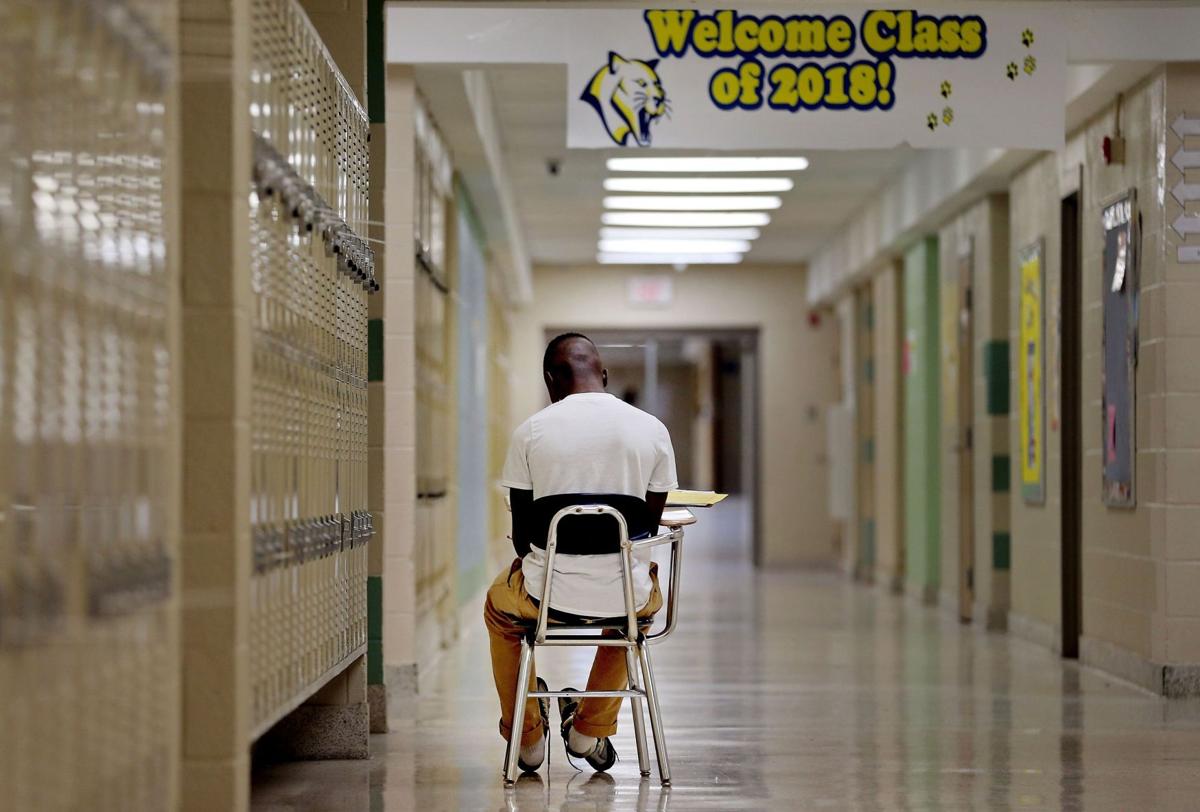 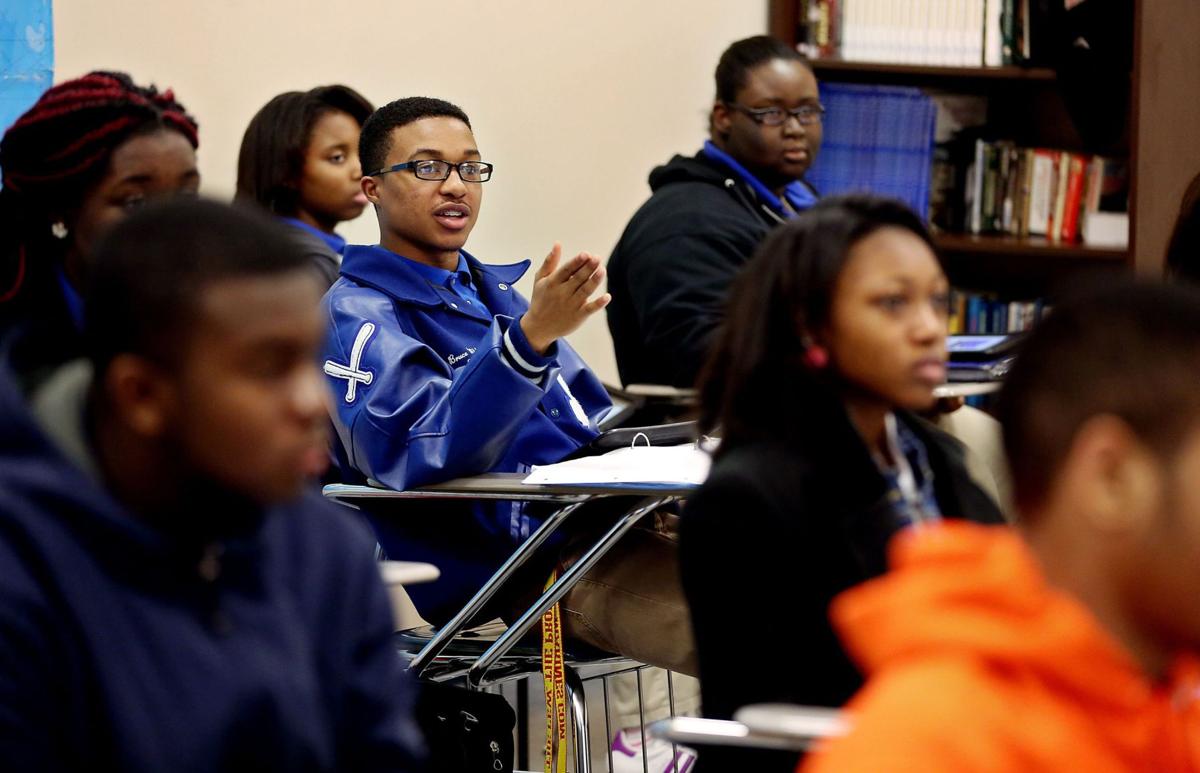 Burke High School in downtown Charleston has made efforts, such as its Advanced Placement Academy, to attract a more diverse student body. However, the racial makeup of the school has not changed, leaving it small and segregated even as the peninsula rapidly gentrifies. File/Staff

It is a system of haves and have-nots born out of racism, white flight and school choice. Yet Charleston County School District leaders insist they are determined to tackle, once and for all, the huge disparities that have plagued their schools since a court order forced desegregation a half-century ago.

It won't be easy. People will get angry.

But if struggling schools don’t improve, thousands more children will graduate reading far below grade level, ill-prepared for most jobs and having never sat in a desk beside a person of another race or income level.

“People are going to be unhappy with some of the work that we do,” school board Vice Chair Kate Darby said. “But we have to do the real work that, in the end, is going to improve equity across the district and is going to give every child an opportunity — no matter where they live in this community — to go to a great school."

The board also has something it’s not often enjoyed: a majority that, so far, agrees.

A committee on Monday unanimously approved a list of “critical actions” aimed at boosting schools. They include things like:

The Charleston County School Board approved a series of "critical actions" aimed at boosting school equity.

“It’s not optional. We are not asking the community whether they want to do this,” Superintendent Gerrita Postlewait said. “We aren’t going to talk about this for another two years.”

In 1998, a Harvard University study warned that the district was heading for a “lack of equity and excellence for all children.”

The advent of school choice widened divides. In 2015, a Post and Courier investigation detailed those consequences in its series “Left Behind,” which chronicled how flight to magnets and charters created shrinking neighborhood schools with high concentrations of poverty and low performance.

Two years later, the district commissioned a new study by Clemson University researchers. Their report, released in August, blasted a clarion call in its opening sentence:

“The Charleston County School District fails nearly half of its students.”

The report pilloried school officials for failing to address the problem.

“In effect, the district is comprised of two parallel school systems: one successful and predominantly wealthy and White; the other rife with failure, mainly poor, with mostly Hispanic and African American students.”

School trustees insist they are determined to tackle the problem now, starting with the “critical actions.”

The next step is figuring out how to enact them.

For guidance, the district is searching for local stakeholders to sit on three regional groups — one in North Charleston, downtown Charleston and West Ashley — that will recommend plans that diverse people in each area can embrace.

Burke’s alumni fiercely guard its long and rich tradition of educating black children while white school leaders have shirked them.

Yet the school, which sits in a sea of gentrification, has shrunk to 378 students in a structure that could hold 900 or more. Burke's test scores linger near the bottom, and it now costs almost $20,000 per student to run the school — more than twice the cost at Stall or West Ashley.

Burke is so small because more than half of students who live on the peninsula, namely white and more affluent ones, choose to attend other public schools. Still more go to private schools.

That's why one of the board’s “critical actions” requires creating high school options on the peninsula that will provide rigor to challenge all students.

The downtown community group will tackle questions like this one.

Burke could move to a smaller building, freeing up the space it uses for a larger high school. Or it could close, with a method in place to honor its name and history, then fold into a new neighborhood high school that appeals to a larger student body. Or it could share space with another high school, such as a second Early College High School.

Or the group could recommend something wholly different. The point is to get a range of people to meet, study options and agree to answers.

“Come to the table to do what’s right for our children — and be willing to make compromises,” Postlewait said.

The district is searching for outside moderators to run each group. They will start meeting in early March and present recommendations to the board by June 30.

Burke is one example of the challenges they will tackle.

Simmons Pinckney Middle has 276 students. It costs about $13,146 per student to run the school.

Compare that to Moultrie Middle in Mount Pleasant with more than 800 students. It costs almost half as much — $7,492 per student — to run that school. Or Morningside Middle in North Charleston where it costs $9,440 for each of its 670 students.

Whether to merge schools, and which ones, are other questions for the community group.

"We're doing these things," board member Todd Garrett said. "The question is how are we going to make it happen."

North Charleston’s schools grapple with similar struggles. Eight of the state’s 30 lowest-performing schools today are in that city.

Elvin Speights sees the struggle from the front-row view of his living room. He opens his home to students in need and knows families that live in run-down hotels and children who sleep on floors — if they have places to stay. Many don’t have cars and live in high-crime neighborhoods.

“These children have been through some traumas. Poverty affects these kids,” Speights said. “These schools in North Charleston have to deal with that aspect before they can teach those children.”

To address those needs, the community group in North Charleston will gather input and visit schools with similar students but yield better results. The district wants them to consider adding:

Board member Kevin Hollinshead recently went to Spartanburg to look at a nonprofit program there and is joining a group traveling to Atlanta to visit a single-gender program, all in search of new ideas.

“We can no longer sit and turn a blind eye,” Hollinshead said. “We have to find ways to get those kids in poverty areas the vital education they need.”

When Postlewait started imagining the future of downtown schools one day last week, she wondered what would happen if its middle schools combined into one building.

A large body of diverse students could arrive through the same front door and then, say, turn right to go to an arts school, left for a math and science school, straight for an academic magnet, then all come together for lunch and activities.

Those are the kinds of ideas she wants the community groups to consider.

“We need people to be open-minded,” she said.

That will include addressing school choice, a key factor in school segregation.

To fill demand for magnet schools, the downtown group will look at expanding Buist Academy to include a second campus. However, to ensure that students in lower-income neighborhoods have a better shot at filling those new seats, district leaders will examine using ZIP codes or other geographic cues in admissions.

They also will look at providing more transportation to choice schools to remove that barrier for low-income families.

“We’ve got to make neighborhood schools strong enough that parents want to send their kids to them,” Darby said.

Many parents want that, too.

Amy Walker lives near Burke and would like her children to walk there for high school. But something big will have to change.

She enrolled her sixth-grade son last year at nearby Simmons-Pinckney Middle. The principal impressed her, and its scores were improving.

"But it was a nightmare," she said.

She found little academic rigor. A student bullied her son and yelled threats to kill him, said Walker.

He came home and said, "Mom, why am I going here?"

The reason: she and her husband wanted to send their kids to the neighborhood schools.

"There is a huge appetite for that. People are craving change," Walker said. "It's just so sad. I'd love to say, 'Walk down the street and go to school.' "

In the meantime, her son attends a private school. Their fourth-grader goes to a magnet.

For high school? She's waiting to see what the district's efforts yield.