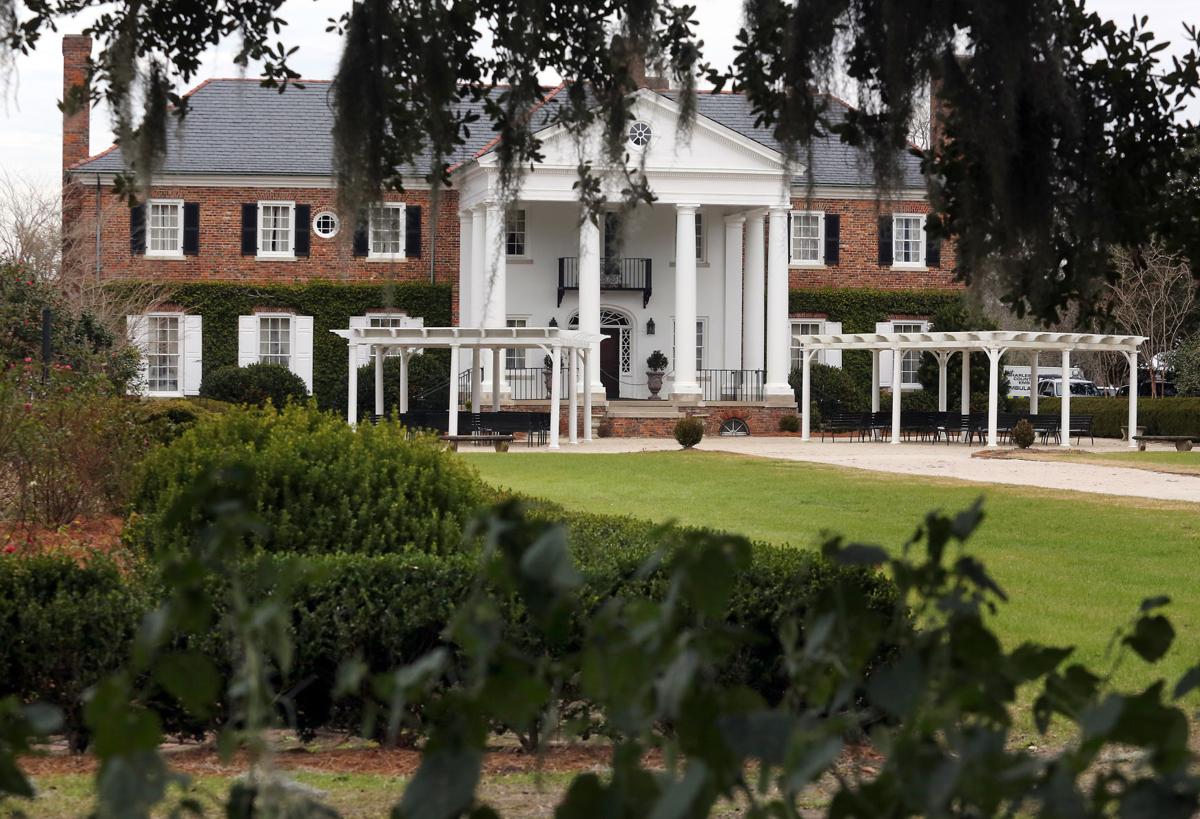 The main house at Boone Hall Plantation in Mount Pleasant. Charleston County, the S.C. Conservation Bank and the Lowcountry Land Trust have a $7.1 million deal pending to protect the 710-acre property, the largest piece of open land east of the Cooper River. File/Brad Nettles/Staff 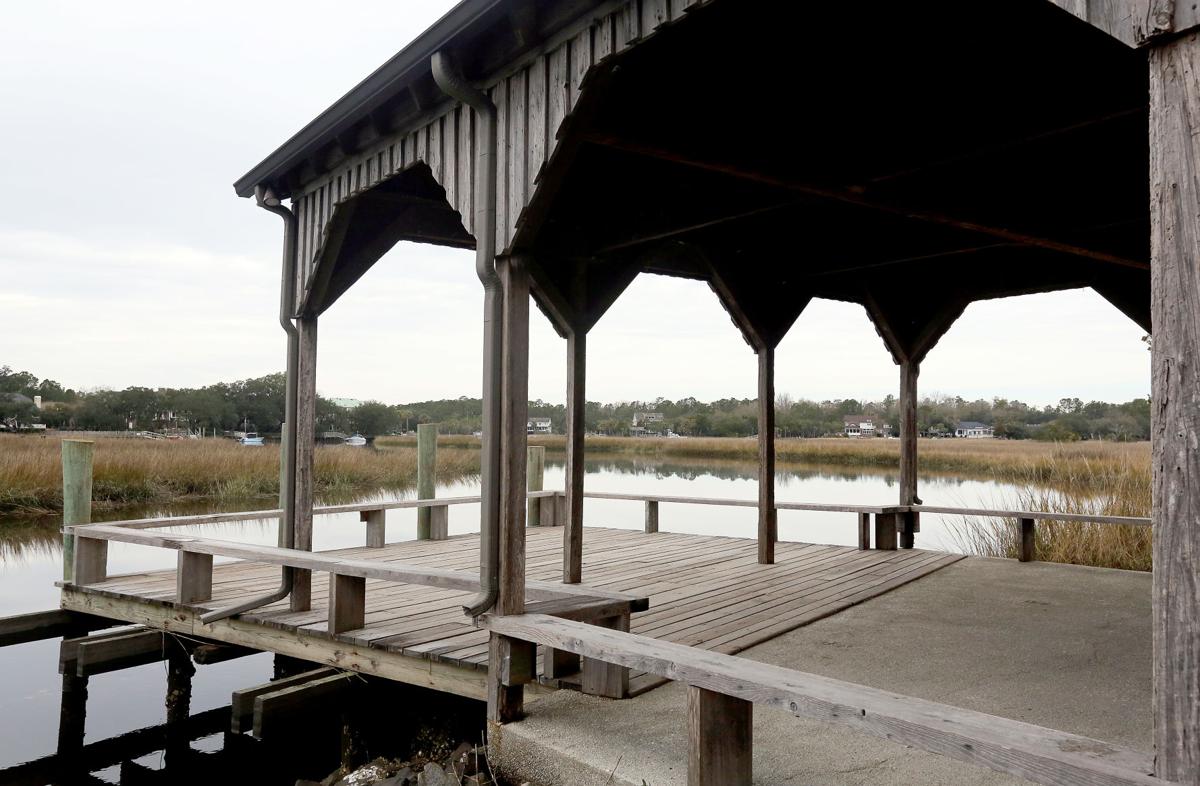 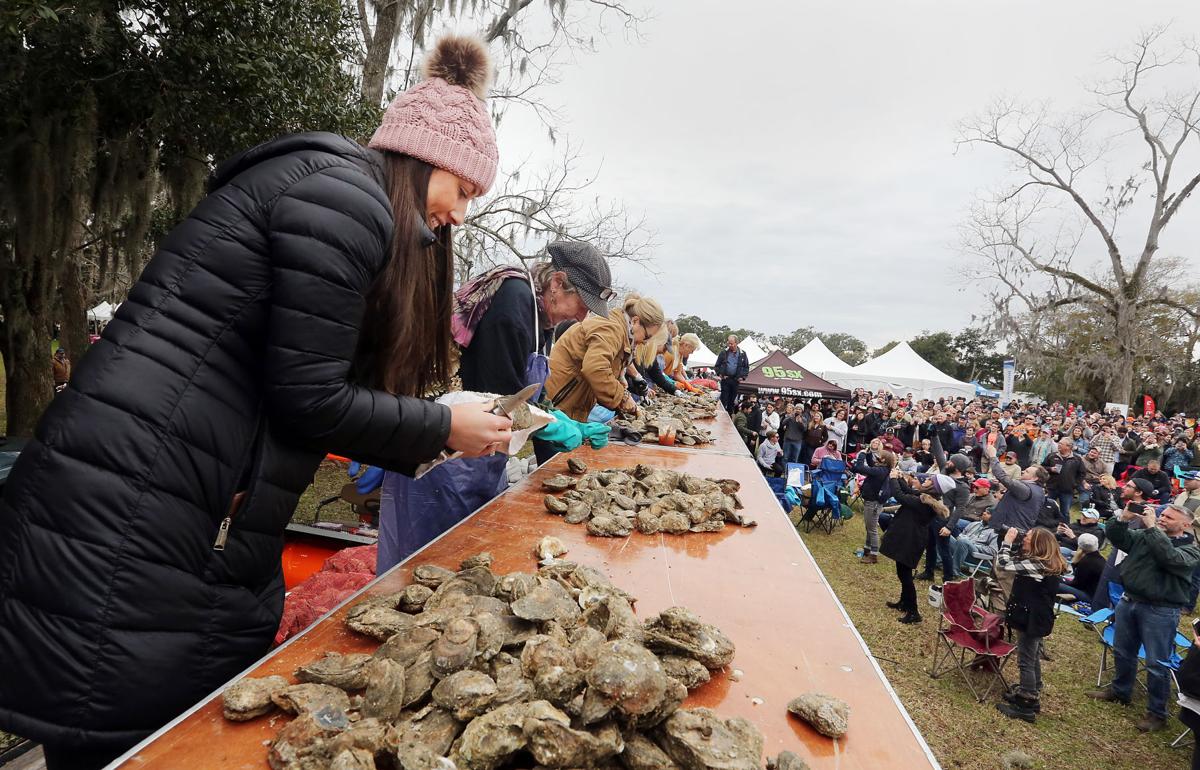 Liz Cato competes in the women's oyster-shucking contest at the Lowcountry Oyster Festival. The annual event is among a number of public events held at Boone Hall Plantation. File/Brad Nettles/Staff 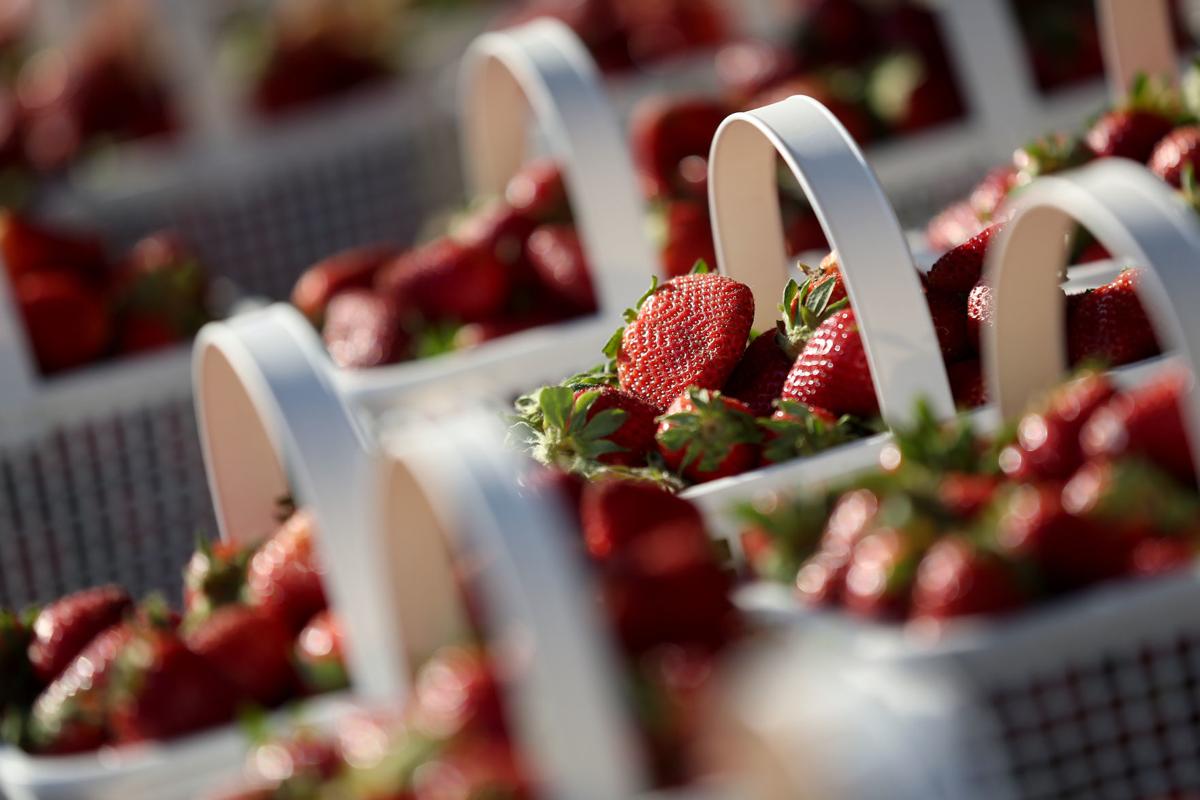 Twelve acres of strawberries were planted at Boone Hall Plantation for the annual Lowcountry Strawberry Festival in 2019. File/Grace Beahm Alford/Staff 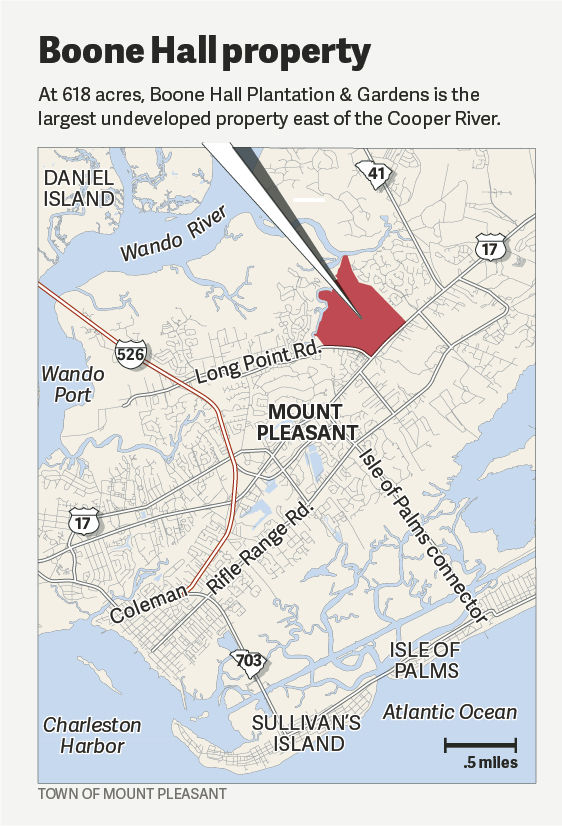 A much-anticipated $7.1 million conservation deal to protect the 710-acre Boone Hall Plantation from development is heading for final approval following a delay earlier this year.

The working farm, historic tourist attraction and event venue is the largest undeveloped property east of the Cooper River, sits in the middle of Mount Pleasant, one of the fastest-growing cities on the East Coast.

Charleston County Council's Finance Committee recommended the land deal Thursday with a 7-0 vote. A final vote is expected Tuesday. The county would spend $5,183,000 in greenbelt funds from the half-cent sales tax.

Along with $2 million from the S.C. Conservation Bank, the money would essentially buy the development rights for the property, while the ownership would not change.

The pending conservation easement would prevent the property from going the way of neighboring former plantations — Snee Farm, Longpoint and Brickyard — and becoming a residential subdivision. It's estimated that as many as 1,800 houses could be built on the Boone Hall property.

“Of all the greenbelt projects I have ever seen, this one, to me, is the very best and what the program should be," County Council Chairman Elliott Summey said Thursday.

Like Snee Farm and Brickyard, Boone Hall used to be surrounded by farms and rural quiet, north of the small village of Mount Pleasant, which had just 5,116 residents back in 1960. Now, Boone Hall sits in the middle of what has become South Carolina's fourth-largest city, with nearly 90,000 residents.

“Boone Hall was just a place out in the country, and now the city’s all around it," said owner Willie McRae. The McRae family purchased the property in 1955.

The property at Long Point Road and U.S. Highway 17 is one of the nation’s oldest working farms, dating to 1681. Boone Hall been on the National Register of Historic Places since 1983, and the property includes a row of brick cabins where enslaved workers once lived.

“My family has been a good caretaker of the property," McRae said. "We want to leave something behind, for the town."

Plans for a conservation deal have been known for months but were delayed because the county was waiting on action on state funding from the Conservation Bank.

County officials estimate the development rights to the property — 618 acres of high ground and 105 acres of marsh, according to county records — is about $28.5 million.

The difference between that amount and the $7.1 million purchase price would be considered a donation worth more than $21 million.

If Charleston County Council follows through Tuesday with a vote to approve the deal, there would still be inspections and legal paperwork to sort out, but no more government approvals would be needed.

“No, it’s not a done deal at this point," said McRae. "I have to pay all the lawyers and accountants."

The property is surrounded by the town of Mount Pleasant but is not actually part of the town. Instead, it has remained in unincorporated Charleston County.

That hasn't stopped the town from devoting its entire $1.7 million share of greenbelt funds to the Boone Hall conservation deal.

The greenbelt program is funded by the county's half-cent sales taxes and is used to buy land or protect land with conservation easements. The program's website currently lists 157 completed land deals, ranging from a ⅛-acre vacant lot on Spruill Avenue that cost $37,574 to several properties of more than 1,000 acres.

The 2004 and 2016 half-cent sales taxes together are expected to raise $431 million for the greenbelt program. More than half the money has been spent so far.

The Lowcountry Open Land Trust would manage the conservation easement on the Boone Hall property.

“We applaud Mr. McRae’s vision to conserve this incredible community resource, and are grateful to Charleston County and the SC Conservation Bank for their leadership and support for the protection of special places like Boone Hall," said Ashley Demosthenes, president and CEO of the trust.

A long-sought conservation deal to protect Boone Hall Plantation from development was completed in November.