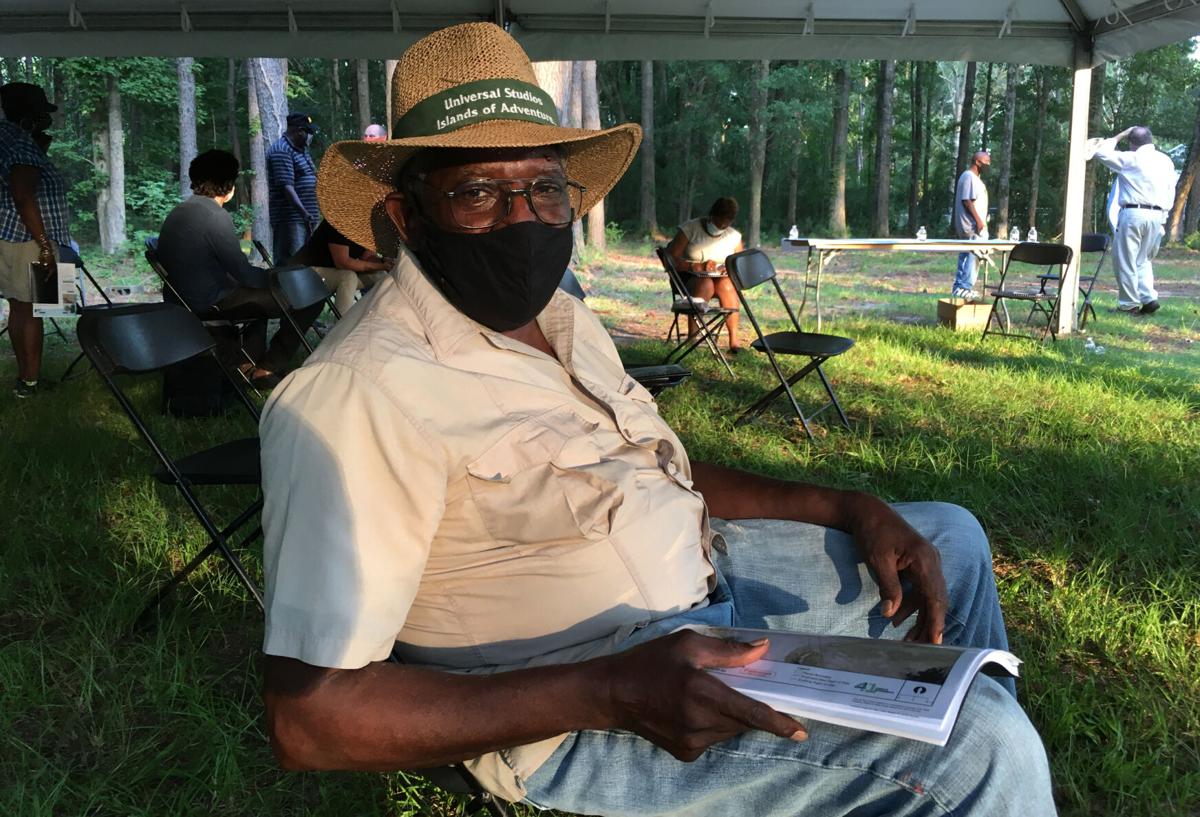 "The message I am getting is: 'You are the ones who will be displaced'," Phillips Community resident Elijah Smalls said Aug. 10, 2020. He holds a booklet received during an outdoor meeting with Charleston County officials, detailing plans to widen S.C. Highway 41, which runs through the middle of the community. David Slade/Staff 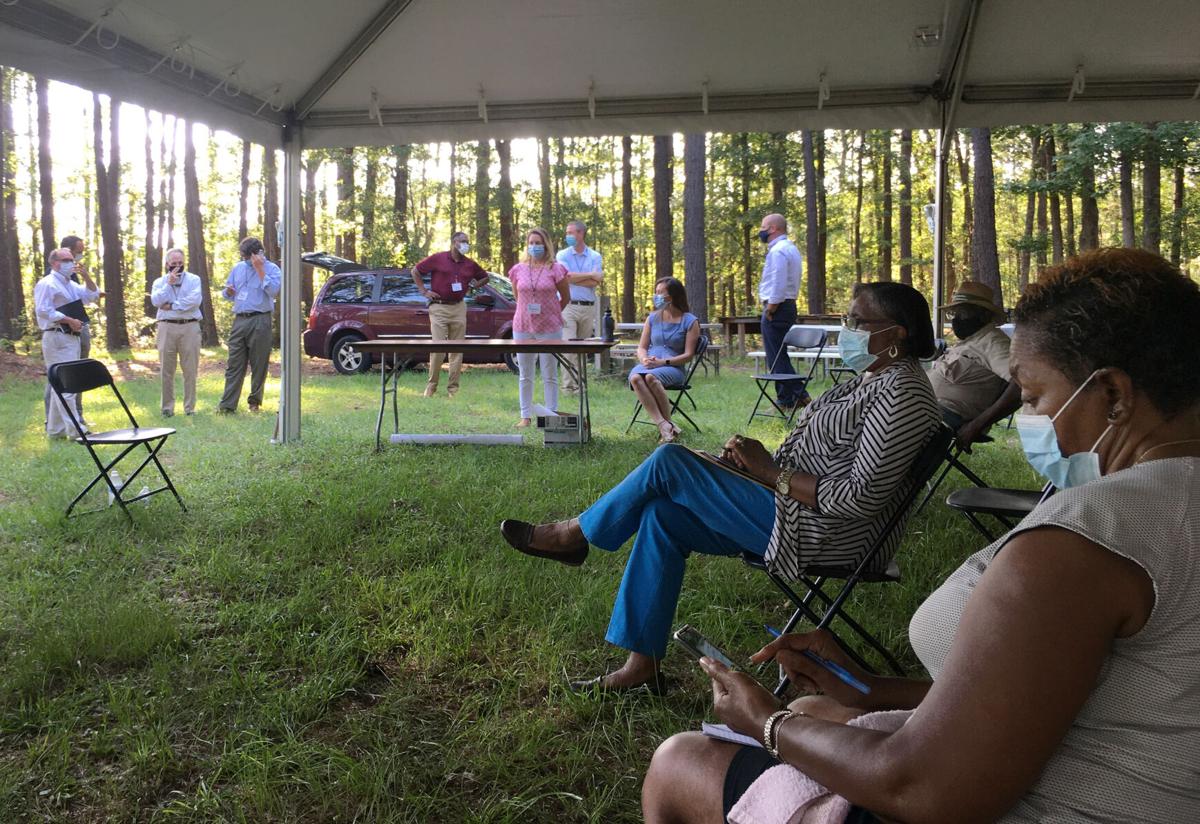 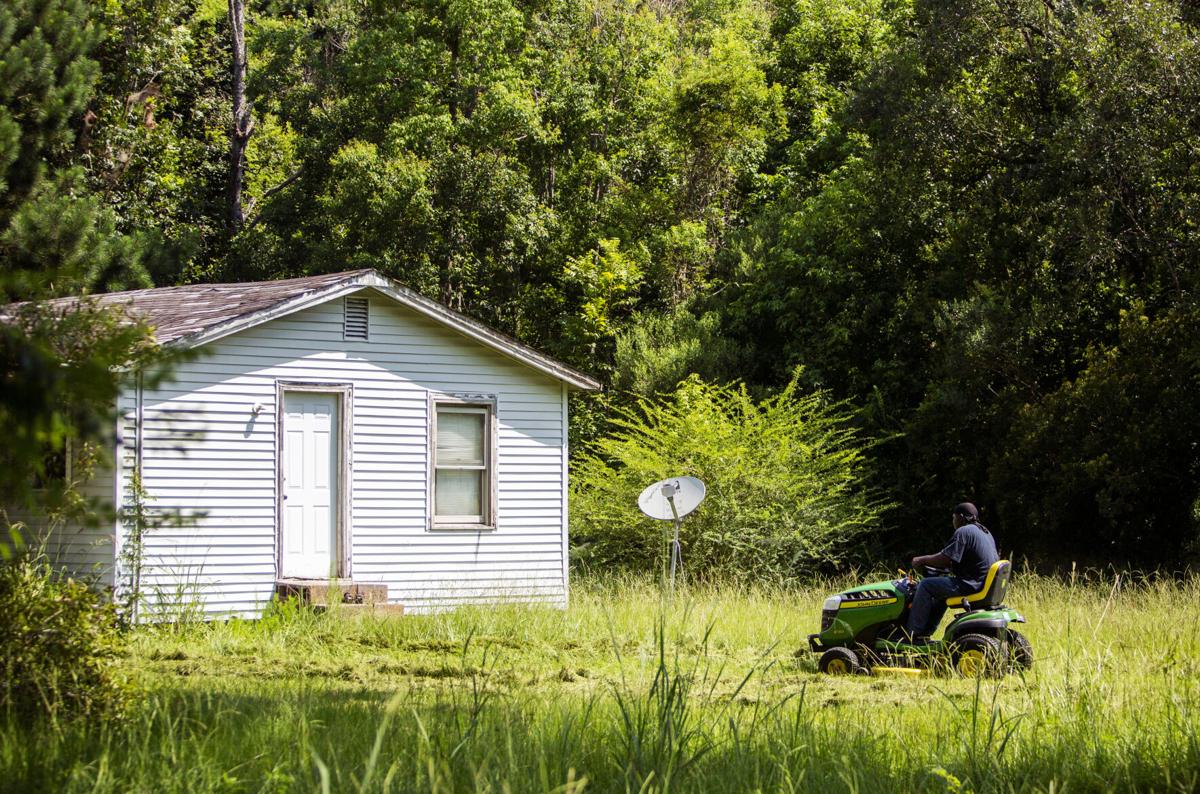 A man mows the lawn of a home along S.C. Highway 41 in the Phillips Community on Thursday, July 16, 2020, in Mount Pleasant. Gavin McIntyre/Staff 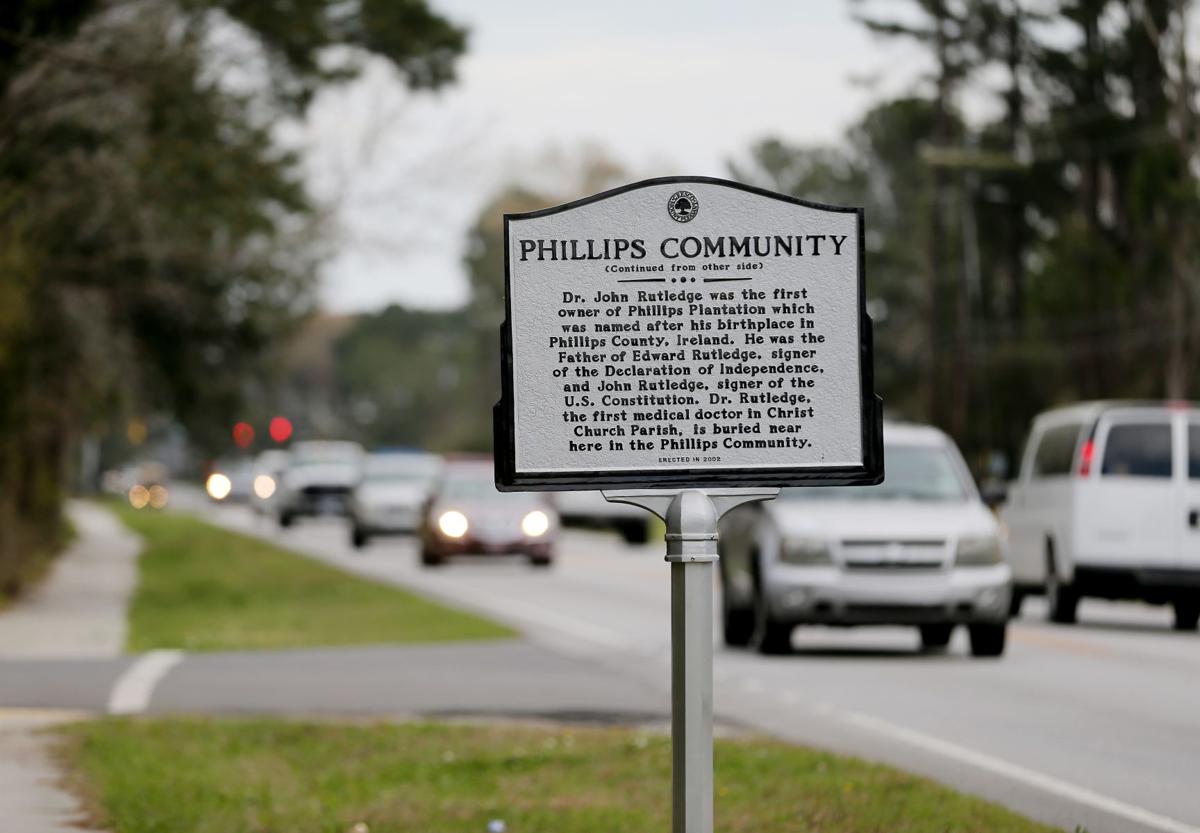 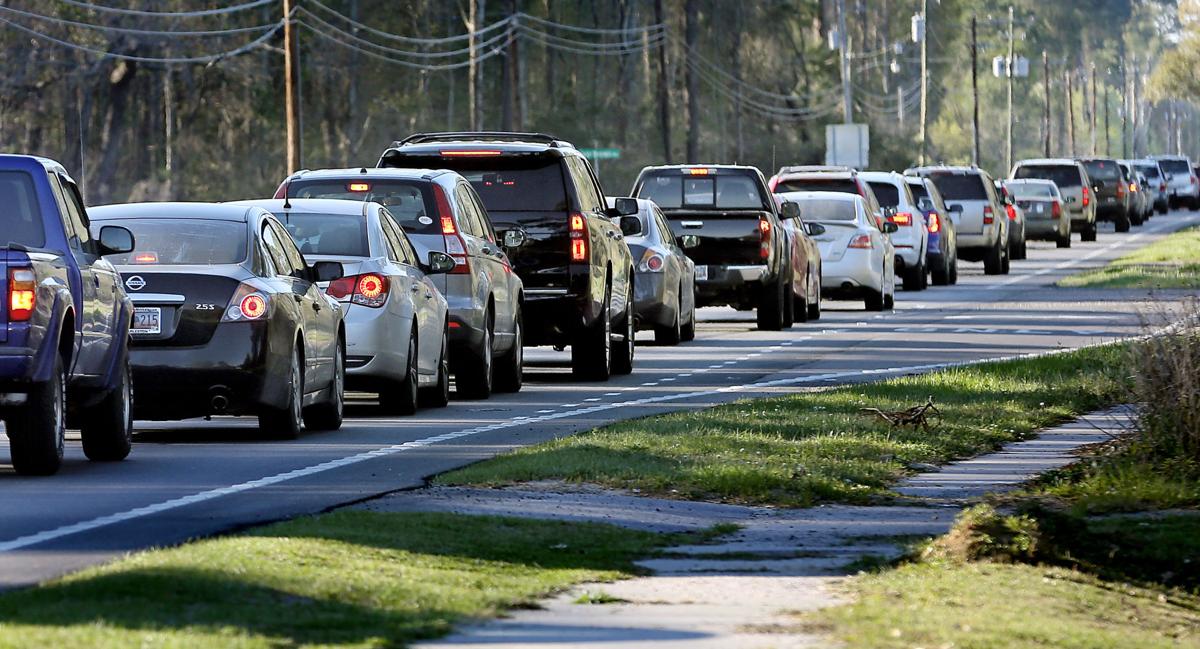 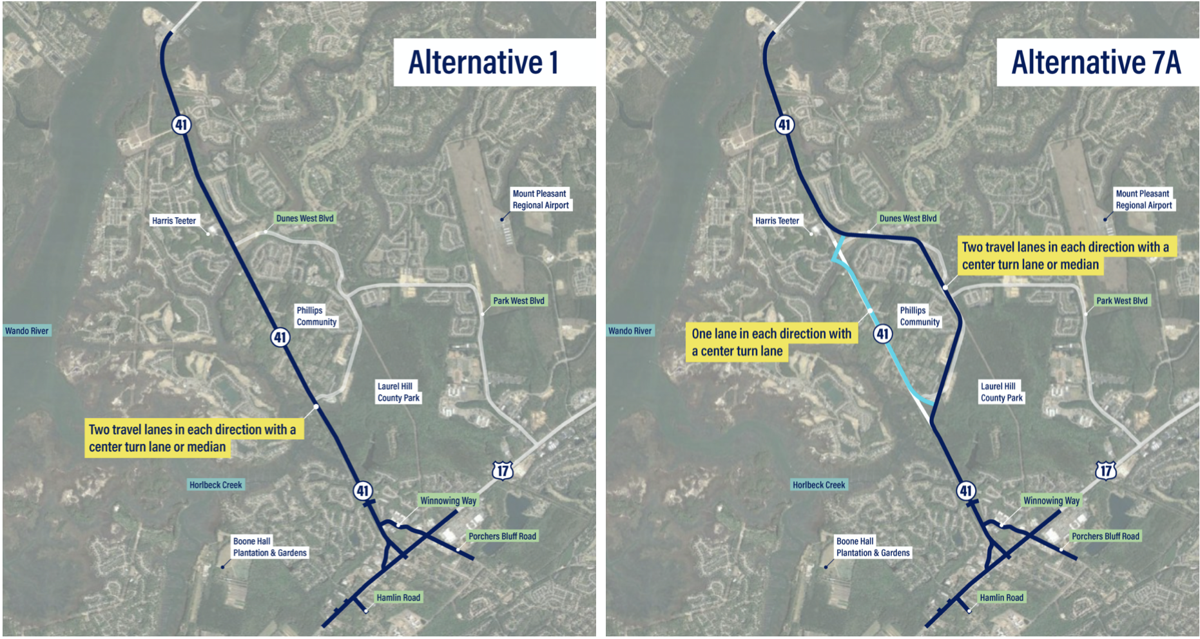 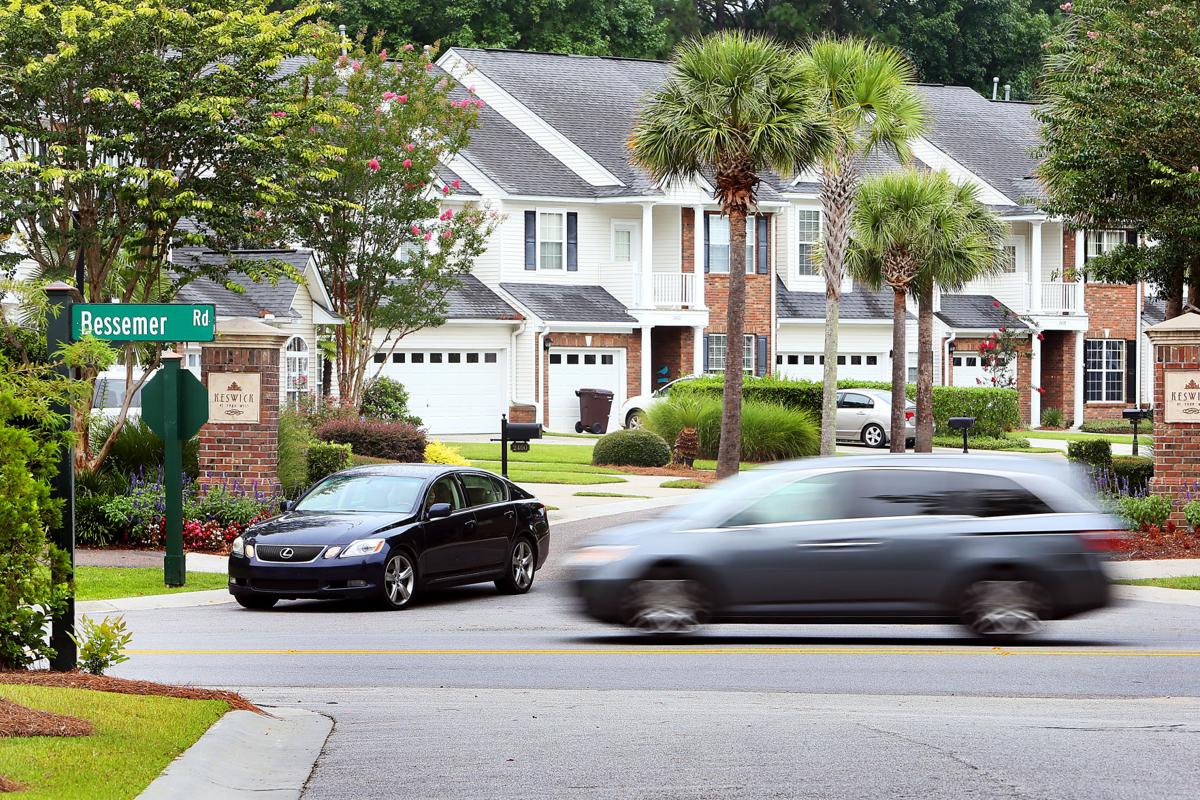 Bessemer Road is a primary route for traffic traveling to and from Park West and Dunes West to Highway 41 in Mount Pleasant. File/Staff

MOUNT PLEASANT — The question was where to widen a highway, and the answer would disrupt one community: the majority White residents in several modern subdivisions or the Black residents of a historic community created after the Civil War.

When Charleston County officials revealed Monday that the African American Phillips Community will bear the impacts of widening S.C. Highway 41, residents were upset, but not surprised.

"We always have to take the raw end of the deal and sacrifice for people who are not from the area," said community resident Patricia Graham, who expects the road's widening to chew into her front yard.

County officials wanted to break the news to Phillips residents ahead of a planned public announcement on Thursday. The plan was announced under a tent in a clearing amid pine trees and live oaks near Horlbeck Creek, where residents wore face masks and sat on spaced-apart folding chairs.

The county brought mosquito repellent, bottles of water and maps showing where community residents would lose property to make way for the widened road.

Before the reveal, Phillips residents knew that after years of study and debate the county's plan to address traffic on the two-lane highway in the northern part of Mount Pleasant had come down to two choices. And they knew the choice they favored was opposed by larger, wealthier communities and by the town of Mount Pleasant.

Phillips sits on both sides of the once-quiet road, so there was much at stake.

"We pay taxes like everyone else and we want to live where we live," said resident Jonathan Ford. "The traffic is coming from all around us — take their property."

Project manager Shannon Meder with HDR Consulting said the county plans to do more than simply offer money for land that would be taken for the road plan.

"We want to identify and fund projects that will benefit Phillips for the long term," she said.

A dozen or more options had been studied, but the two that remained were to either make the highway a five-lane road through Phillips or route the wider highway around the community through parts of the Park West and Dunes West subdivisions, where much of the traffic originates.

"The message I am getting is: 'You are the ones who will be displaced'," said Phillips resident Elijah Smalls.

County officials said no one will be displaced, but residents are skeptical.

Two years ago, the county determined that looping the widened highway through Park West and Dunes West would improve traffic more than widening it through Phillips. A flood of opposition from subdivision residents and Mount Pleasant officials followed and the county later said that additional studies showed widening the road through Phillips would work better.

"We're fighting a fight with people who have a lot more clout than we do," Smalls said.

County officials said that no resident of Phillips will be displaced, though many who live along both sides of the highway will lose property.

In many cases there, properties are owned by extended families — often descendants of the formerly enslaved ancestors who bought the land in the 1870s — and some properties have multiple homes.

"We're not going to take anybody's home," County Councilman Herb Sass told community residents at the tent meeting. "We might have to move somebody's house back from the road."

The alternative Charleston County rejected would have diverted a large amount of Highway 41 traffic around Phillips, on Dunes West Boulevard and Bessemer Road.

Meder said the decision between the two road plans "came down to the wire," but routing traffic through the subdivisions would impact more wetlands.

Jason Crowley, communities and transportation director at the Coastal Conservation League, was at the tent meeting and said the wetlands impact would be preferable to the impact on Phillips.

"For decades this community has been asking for anything but what you are proposing," Crowley told county officials.

He noted that Mount Pleasant annexed land all around Phillips and permitted thousands of homes to be built in the Park West, Dunes West and Rivertowne subdivisions.

"The place all the traffic is coming from is all the people invading our area," said Graham.

County project manager Cal Oyer said that when all the factors were considered, including travel time and wetlands impacts, the option for widening the road through Phillips proved to be the better of the two options.

There are a number of historic African American settlement communities in the East Cooper area, and several have seen large impacts from road-widening and road-building projects. Highway projects, including interstates 26 and 526, also disrupted Black communities in Charleston, North Charleston and Daniel Island.

"This is happening in all of the African American communities," said Phillips resident Fred Smalls.

Population growth and the traffic that comes with it is the driving force behind the Highway 41 plan, which will cost nearly $140 million. The plan would widen the highway from the Wando River to S.C. Highway 17, and rebuild the intersection of highways 17 and 41.

The bridge over the Wando River has already been widened, and across the river more than 9,000 homes are planned at another large subdivision, Cainhoy Plantation.

While Charleston County has made its choice, the plan for Highway 41 still needs federal approval. A public comment period will run for 30 days, and then the plans will go to the Army Corps of Engineers for federal review.

What do you think?

Here are ways to comment on the plans for S.C. Highway 41.