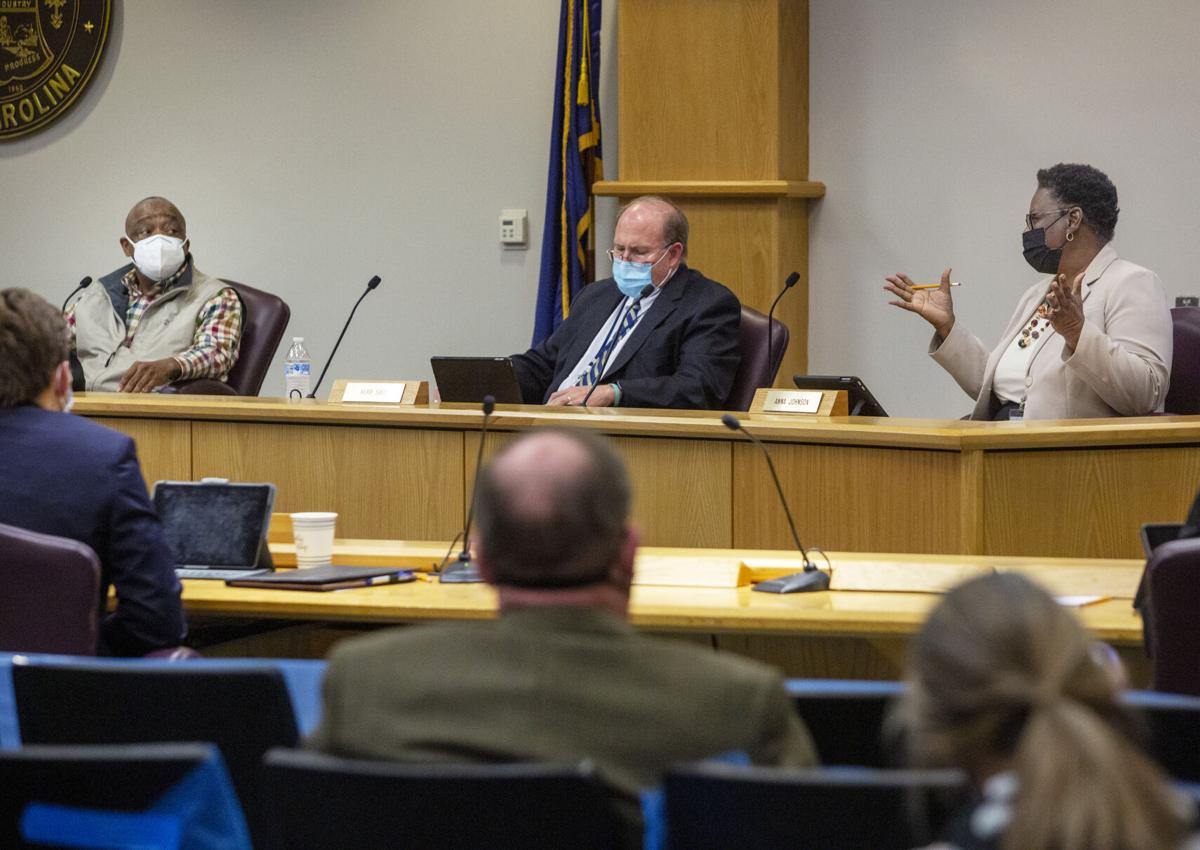 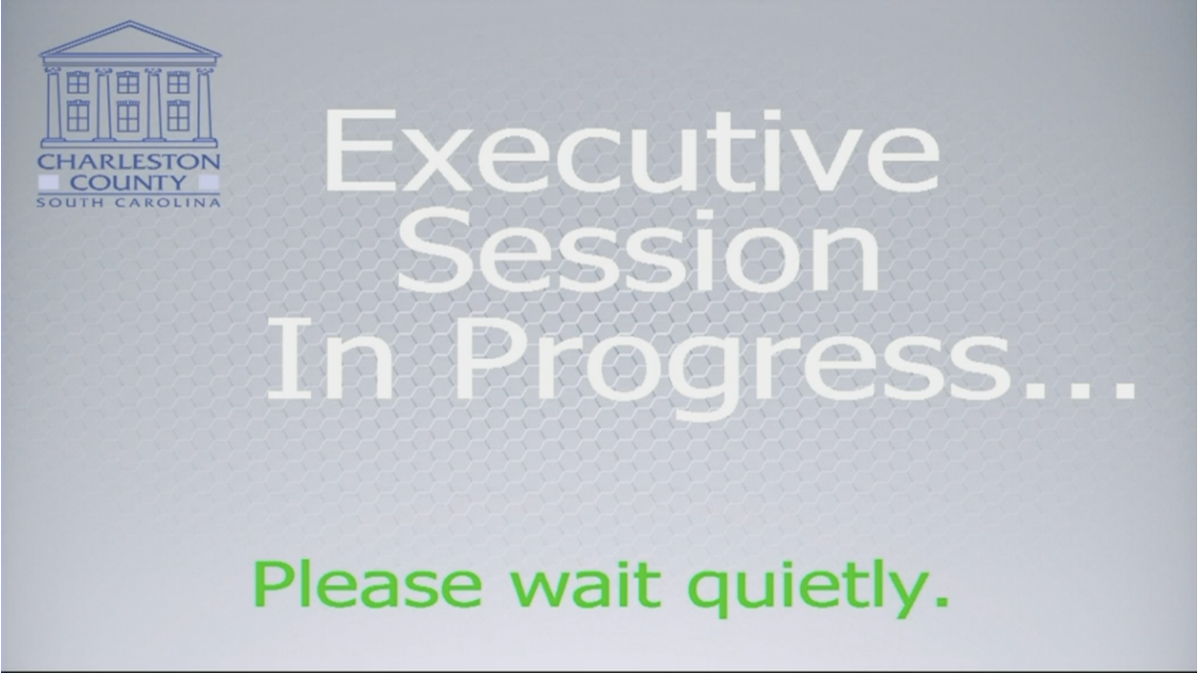 In the course of 16 Charleston County Council meetings from October through mid-March 2021 this message appeared for a total of 17 hours.

When Charleston County Council holds a public meeting, it's common for much of the meeting to be held in private, after council members declare a so-called "executive session" and recede from public view, into the back room.

The Post and Courier reviewed all of the council's regular and committee meetings available online, covering a six-month period from October through early March, and found the council spent 17 hours behind closed doors over the course of 16 meeting nights.

That amounted to 46.6 percent of the total meeting time. At six of the 16 meetings, more time was spent in private than in public.

"The public should be outraged," said Bill Rogers, executive director of the S.C. Press Association. "The majority of public business needs to be done in open session."

After a Feb. 11 meeting in which the council spent two hours and 16 minutes behind closed doors — 76 percent of the meeting time — recently elected Councilman Kylon Middleton said the county was conducting too much business in executive session.

"I'm not voting to go in these executive sessions anymore," he said.

Two of the three council meetings held since then included executive sessions nonetheless, but then a rare thing happened on March 4: The council held a public meeting entirely in public.

"I will tell you, from my perspective, if the (county) attorney thinks we need to go into executive session I will follow that advice," said Council Chairman Teddie Pryor, a councilman since 2004. "It's not like we're making secret deals in the back room."

Concerns about secret deals being made in the back room are exactly what's been driving a renewed interest in transparency. The council's unusual reliance on executive sessions burst into public view in February, when The Post and Courier reported that the county had paid $216,000 to former county attorney Joe Dawson, who is now a federal judge.

The deal — the subject of a federal judicial ethics complaint — had not been discussed in public, and hadn't been the subject of a vote. At first, Pryor and former Council Chairman Elliott Summey, along with several other council members, denied knowing how the payment got approved, or who drafted the contract, and differing explanations were given for the payment.

It later came to light that all the current council members, except for Henry Darby, had participated in a December executive session in which the deal was discussed. And the contract was drafted by Dawson himself, the recipient of the money.

Darby said he would have objected, had he known about it.

"I would have never gone along with that," he said at a Feb. 16 council meeting. "Never, ever."

Council members who were in the closed-door meeting later disagreed about what was discussed, and some denied knowing details such as the amount the county paid Dawson. Others pushed back — Councilwoman Anna Johnson said all council members except Darby were there when Dawson's contract was discussed in detail — but the meeting was held in secret so the public is left with conflicting accounts.

Charleston County's reliance on back-room meetings is uncommon among local governments. In 2020, the city of Charleston had 63 City Council meetings, and there were executive sessions during eight of them.

Such meetings are allowed under state law, in specific circumstances, but they aren't required.

“You want to try to keep these as limited as possible," said Charlie Barrineau, a field services manager with the Municipal Association of South Carolina. “We tell them that the public is skeptical of executive sessions to begin with, and while there is not a rule about a time limit, we tell them that the longer and the more of these you have, the more skeptical the public is going to be."

From October through early March, Charleston County Council held 16 meetings that together lasted 36.4 hours. All but two of those meetings included executive sessions, and 10 of those sessions lasted more than an hour.

Barrineau said executive sessions can be necessary to discuss economic development incentives, legal strategy involving lawsuits, or sensitive personnel matters. The law requires an explanation of the purpose of an executive session.

“They are required to do more than say ‘executive session, personnel matter,’" he said.

Yet, that's often exactly what happens.

At three consecutive County Council meetings in November, for example, "personnel matter" was the reason given for executive sessions. In one case a "real estate sale" was also mentioned and in another "attorney-client privilege" was cited by Dawson, but none of the closed-door meetings was explained in the level of detail required by South Carolina's Freedom of Information Act.

There's little recourse, other than going to court to seek a restraining order, Rogers and Barrineau said. Rogers said the easiest way to prevent abuse of executive sessions is for public officials to resist having them.