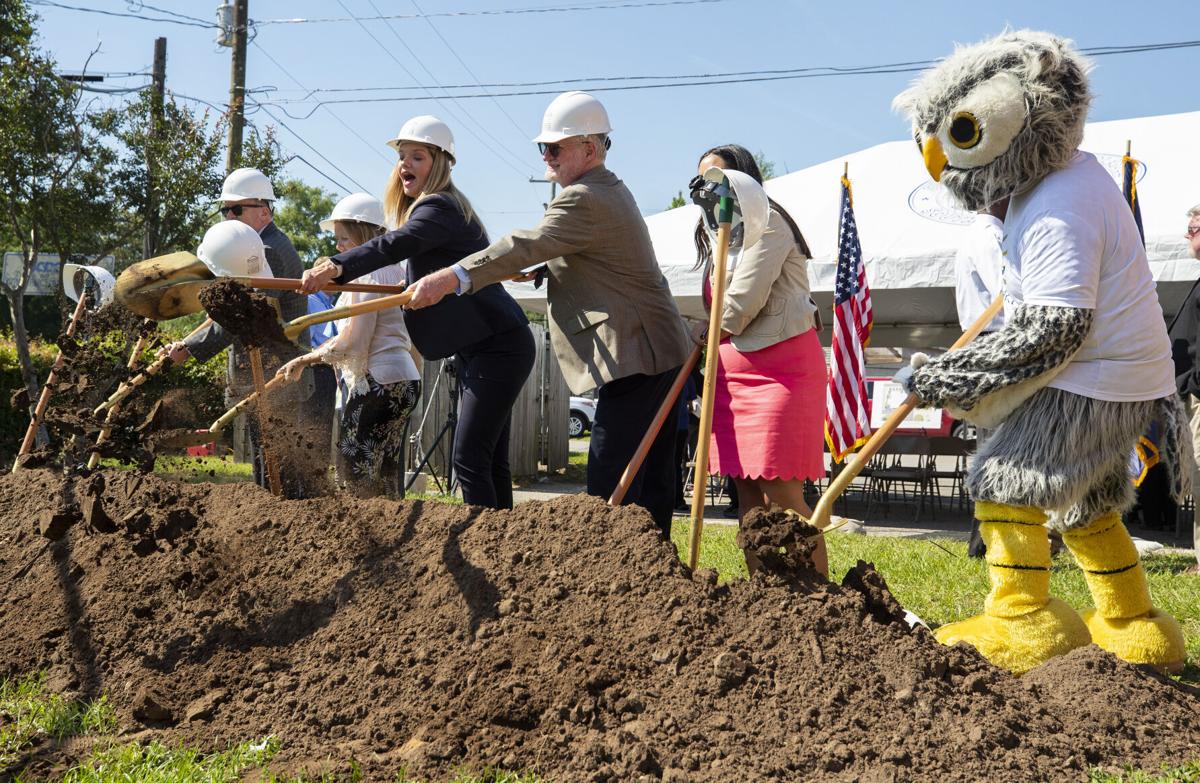 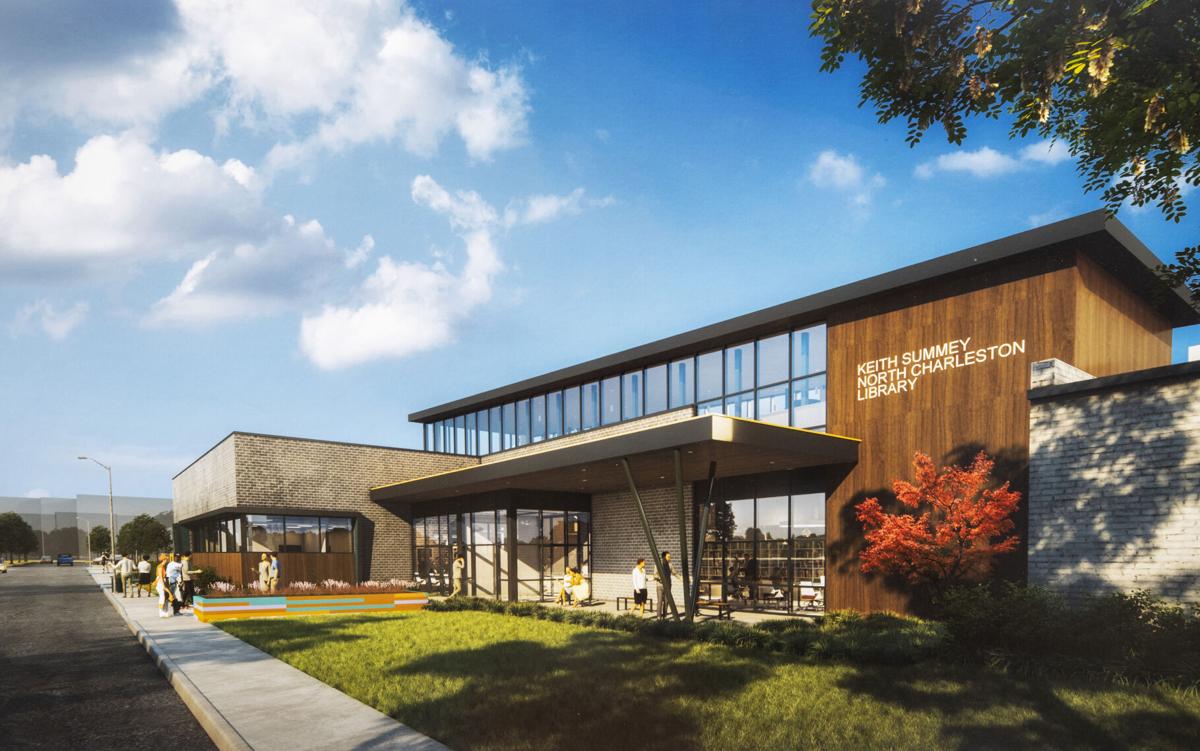 A rendering of the Keith Summey North Charleston Library, May 17, 2021. Lauren Petracca/Staff 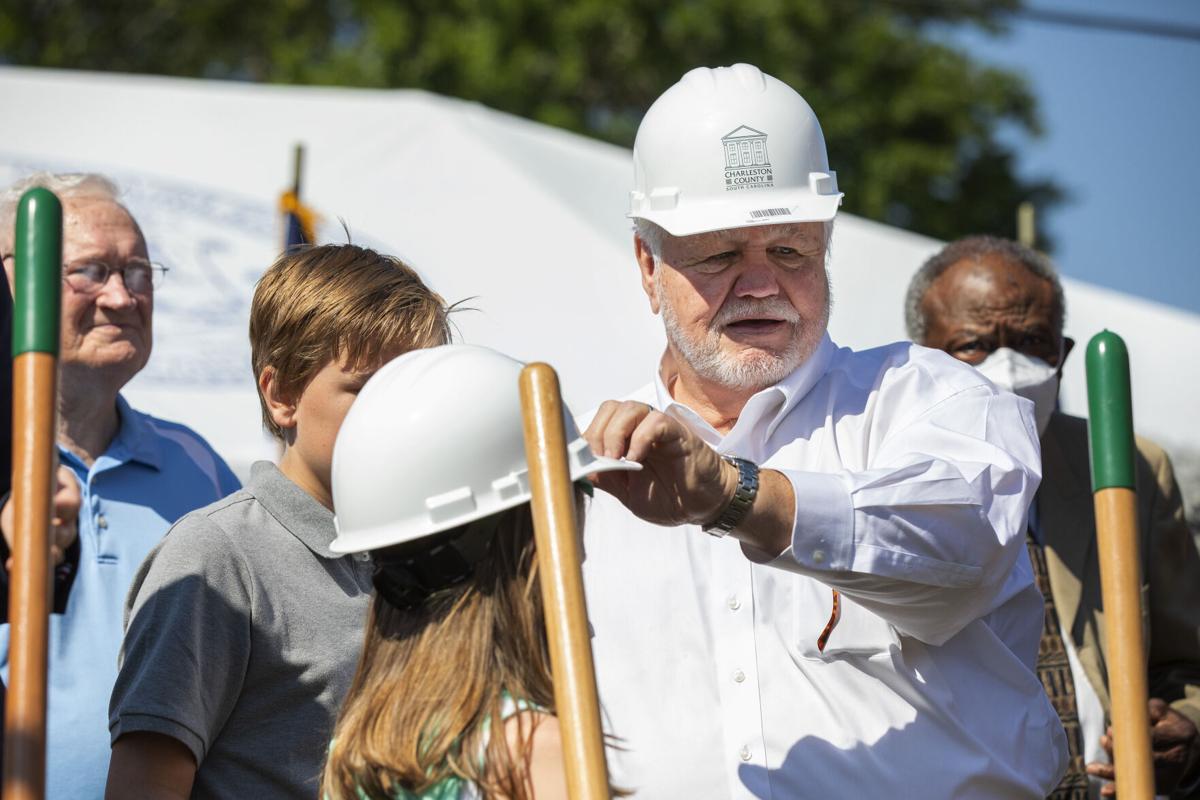 Keith Summey places a hard hat on his granddaughter during a groundbreaking ceremony at the construction site for the Keith Summey North Charleston Library on May 17, 2021. Lauren Petracca/Staff

Keith Summey places a hard hat on his granddaughter during a groundbreaking ceremony at the construction site for the Keith Summey North Charleston Library on May 17, 2021. Lauren Petracca/Staff

NORTH CHARLESTON — A long-anticipated library is finally underway on the city's southern end.

Mayor Keith Summey said at the ceremony he feels a little embarrassed the library is named after him, suggesting it should instead honor his wife, Debbie Summey, a former educator.

At the end of the day, the library is for the community, he said.

"This building is not in honor of me," Summey said. "It's in honor, I believe, of the people of North Charleston."

The $14 million facility on the same site will reuse a renovated portion of the old library.

The new building will include a 100-seat community room, outdoor reading areas, self-checkout, a community classroom and a study room.

The facility's computers will also be a great asset because a lot of North Charleston children lack access to that kind of technology, Summey said.

"I hopefully see my family, and others, get a lot of use out of it," he said.

The project comes several years after Charleston County residents approved a 2014 referendum to issue $108 million in bonds to build five new libraries and renovate 13 others.

North Charleston library to close as it's replacement readies for construction

The North Charleston site is the fifth and last of the new slate of libraries to be built, said Angela Craig, executive director of the Charleston County Public Library.

As the building undergoes construction, library operations have moved temporarily to 2036 Cherokee St.

"We are deeply committed to North Charleston," Craig said.

The new building is expected to help bring progress to the city's southern end, where many neighborhoods are poverty-stricken and have lacked investment.

The library will be in the vicinity of other development efforts expected to help revitalize the corridor, including the county's social services hub that is under construction. Also, across the street is the former Charleston Naval Hospital that will be transformed into apartments.

"Every library we've built has transformed the communities," Johnson said.

Charleston County anticipates the facility will be completed by late May or early June 2022.

Hicks: North Charleston's new library is back on track, bigger than ever