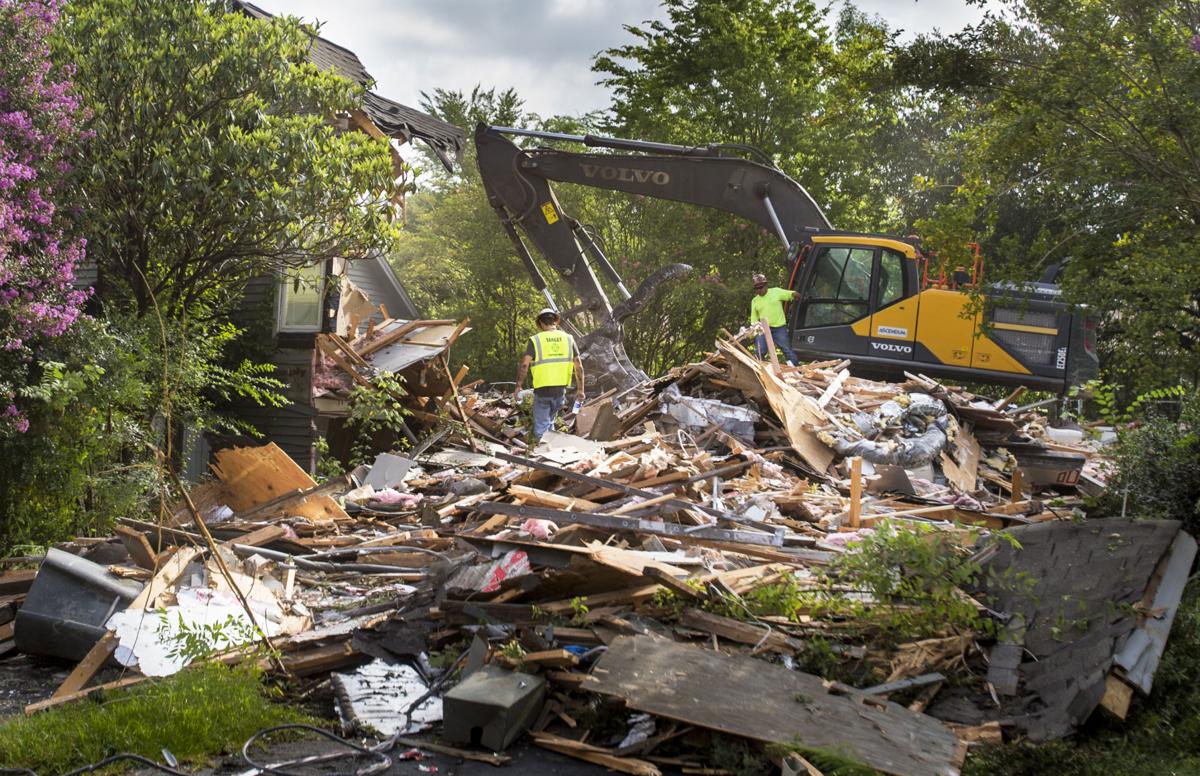 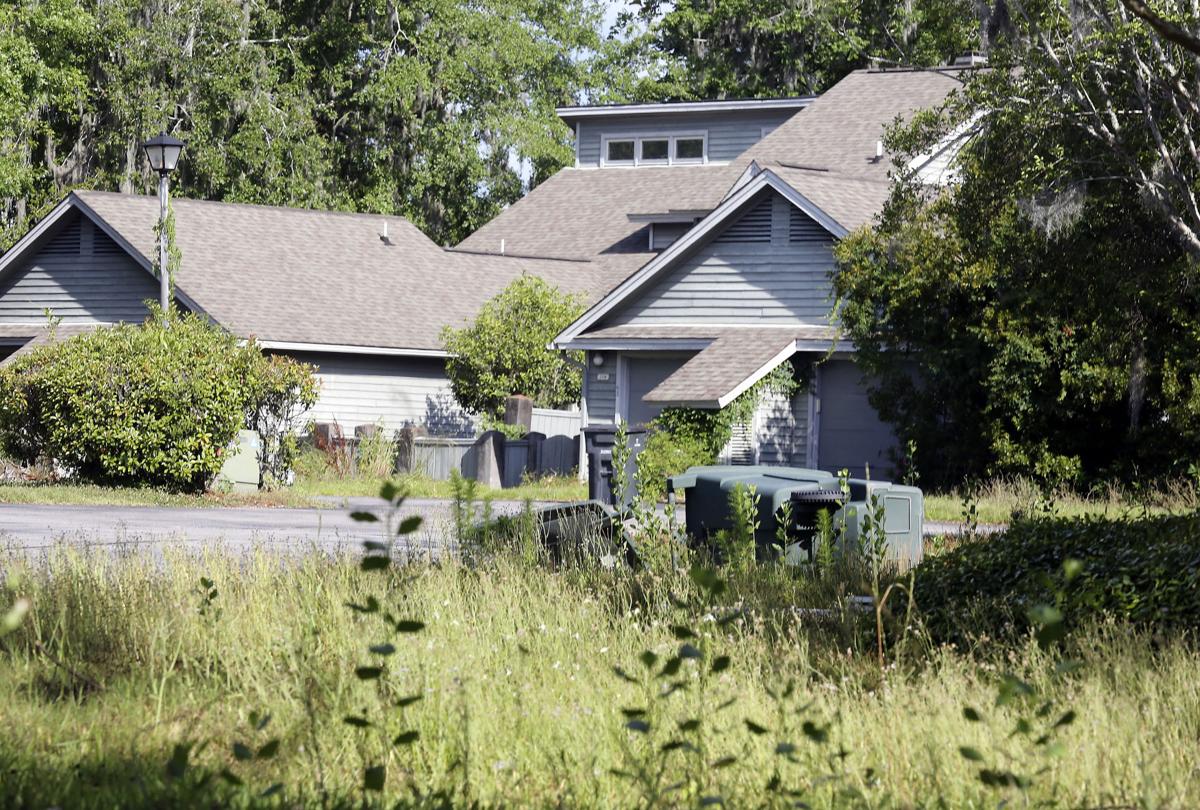 The flood-prone Bridge Pointe condos, at the end of 2 Loch Place in West Ashley, were bough by the city of Charleston as a part of a flood mitigation project. File/Brad Nettles/Staff 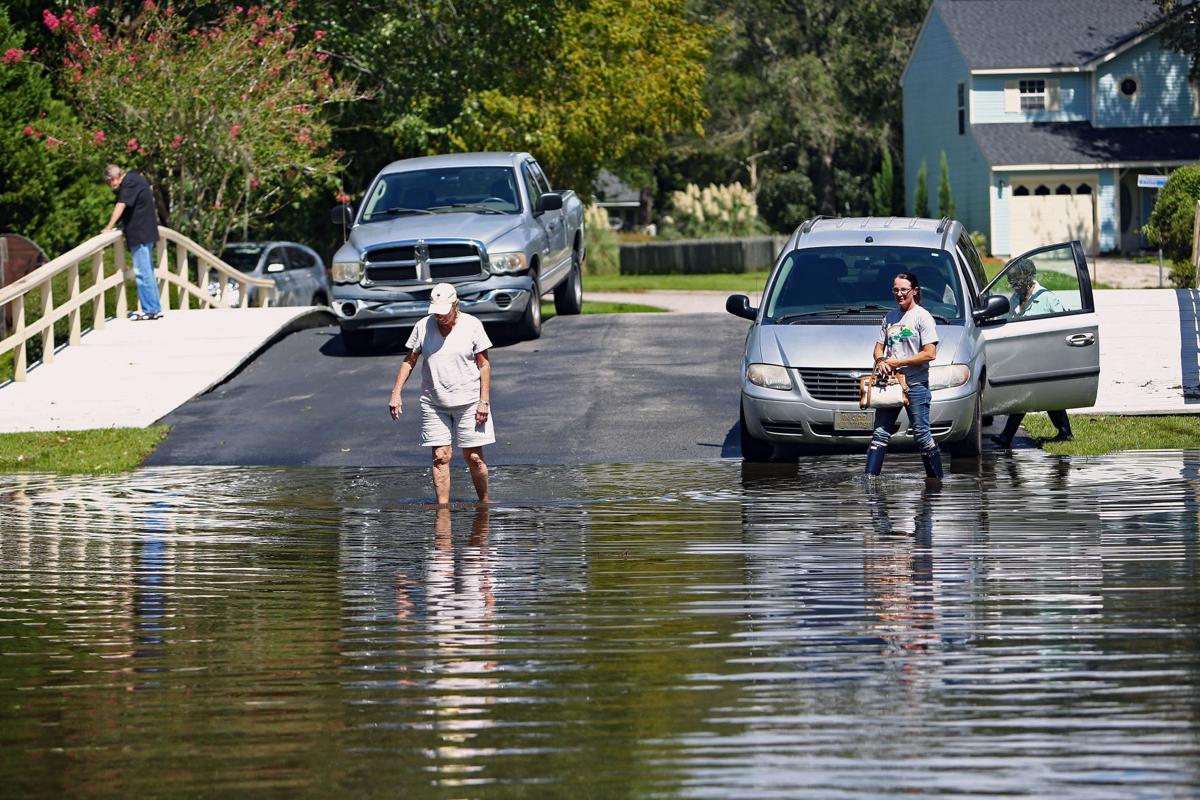 The Bridge Pointe Townhomes were built in the late 1980s, but a mapping error made them particularly vulnerable to flooding. File/Staff

The flood-prone Bridge Pointe condos, at the end of 2 Loch Place in West Ashley, were bough by the city of Charleston as a part of a flood mitigation project. File/Brad Nettles/Staff

The Bridge Pointe Townhomes were built in the late 1980s, but a mapping error made them particularly vulnerable to flooding. File/Staff

On Wednesday morning, heavy equipment began tearing down 32 often flooded townhomes in West Ashley's Shadowmoss neighborhood, and the city of Charleston soon will hold meetings to discuss the newly cleared site while trying to ensure other development never meets the same fate.

Though other flood-damaged homes have been razed, the city never had to demolish so many because of flooding problems. These were made possible by funding from the Federal Emergency Management Agency.

"It was quite an effort," Charleston Mayor John Tecklenburg said as he stood yards away from an excavator tearing down a green two-family home.

"It was clear after the 2015 flooding that these properties were flooding problems," he said. "This is a space that should be preserved for Mother Nature to do its thing."

The Bridge Pointe Townhomes were built in the late 1980s, but a mapping error made them particularly vulnerable to flooding. They sit in the city's problematic Church Creek drainage basin.

Four years ago, a record rain left the homes with up to 4 feet of water inside, and the city applied to FEMA for a hazard mitigation grant, recognizing it might be cheaper in the long-run to buy them and raze them than for the federal government to continue to pay flood claims there.

Under the conditions of the grant, FEMA would pay 75 percent of the cost — roughly $3 million — and the city or homeowners would pay the other 25 percent — or roughly $1 million. City leaders decided they would not pass that cost down to homeowners, according to Stephen Julka, the city's floodplain manager.

Last spring, the city was awarded the FEMA funding and began purchasing the parcels. Homeowners started moving out of the area last year.

The city's contractor plans to tear down about three homes each day, ultimately leveling the roughly 4½ acres.

"We really see this as progress," Julka said. "Maybe it's not the word you would use to describe this situation, but the city is putting a lot of effort into getting people out of bad situations."

Editorial: Free up flood data to find most vulnerable homes

The state Department of Health and Environmental Control inspected the homes and soil before the demolition, checking for any signs of asbestos or lead paint. Julka said the homes are asbestos free. After they're razed, DHEC will test the soils to ensure they weren't harmed.

The city is also in the process of applying for a grant with the National Fish and Wildlife Foundation to pay for study and a possible design for the newly cleared space.

The neighborhood also is one of four city areas that are being examined through Charleston's ongoing Dutch Dialogues research, which will have a week-long intensive research and public input period beginning Monday. Those with ideas of how to repurpose the green space are asked to attend.

"One of the big selling points of the Dutch strategy is investigating where water wants to go naturally and let it go there," Julka said. "It's more expensive to fight it."

-Amsterdam Rainproof Presentation and Open House: Wednesday from 5:30 to 8 p.m. at the Clemson Design Center, 701 East Bay St. From 5:30 to 6:30 p.m., Daniel Goedbloed, Amsterdam's Rainproof Program Manager will explain the city's "Every Drop Counts" approach that citizens and businesses have embraced approaches to make the city less flood-prone.