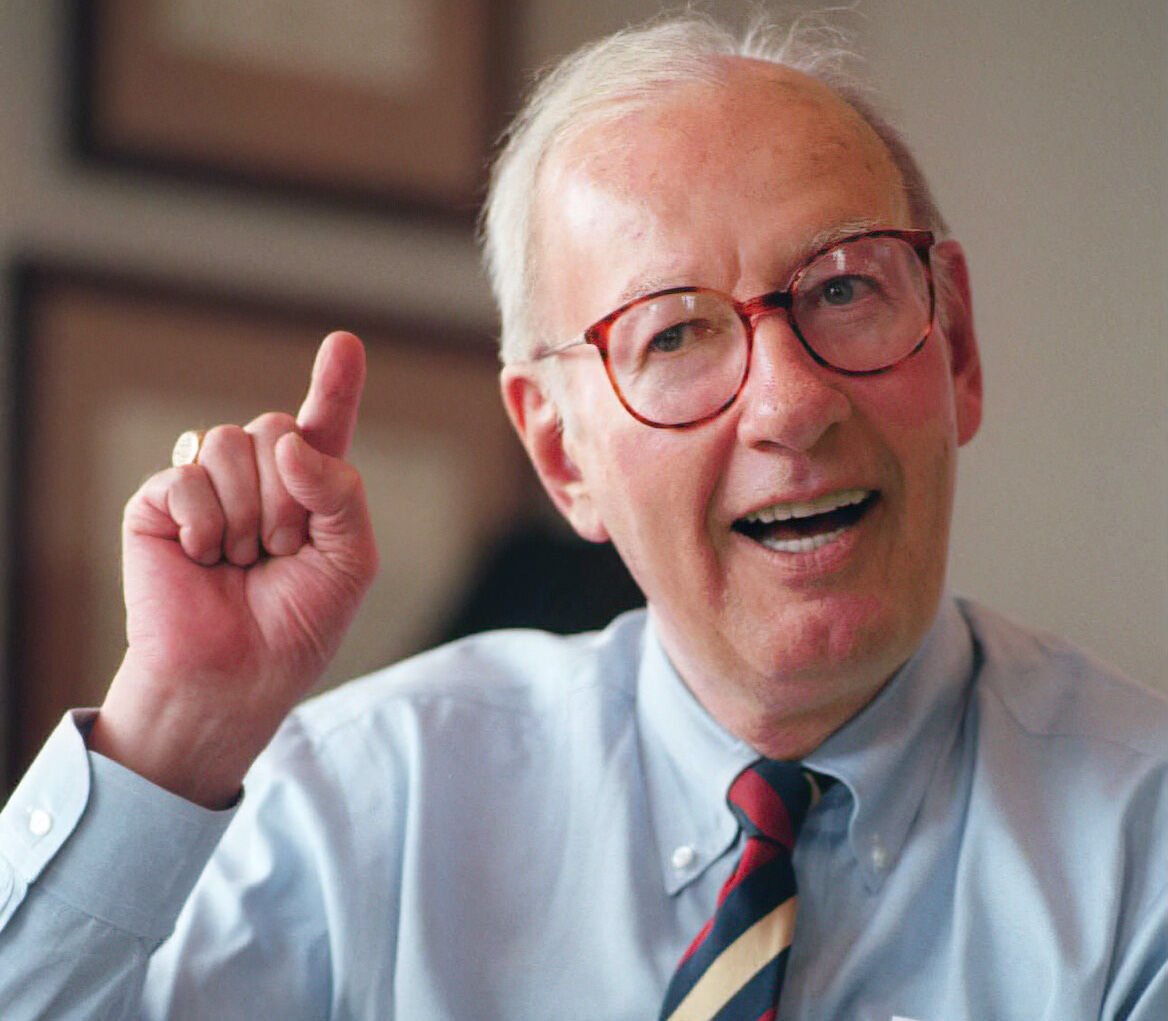 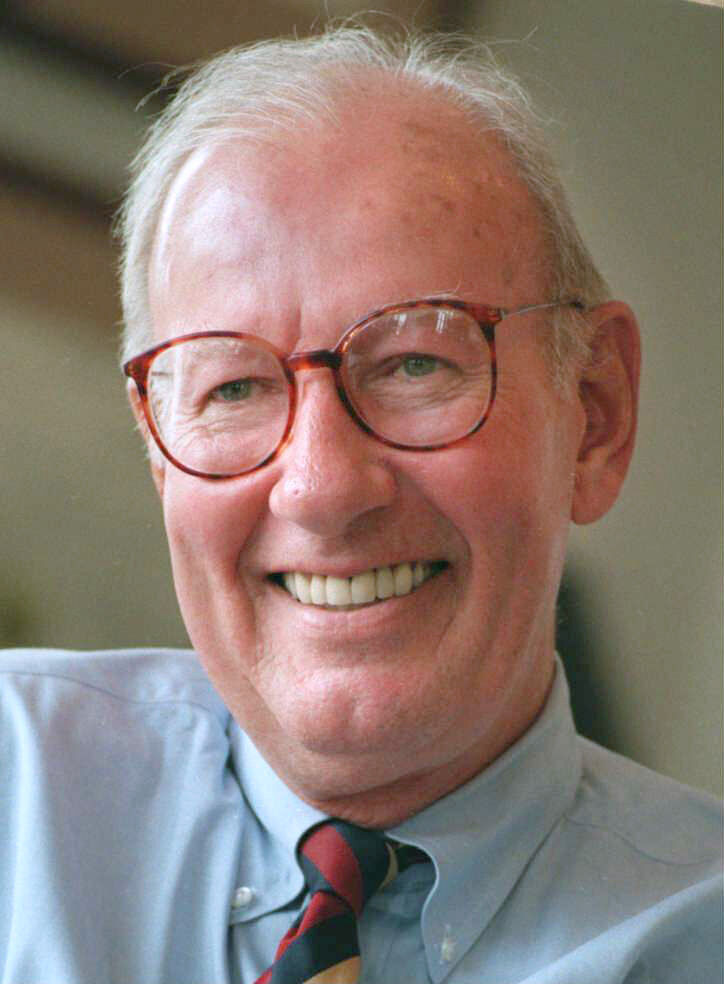 Charles S. Way Jr., a visionary business leader known for his civic, philanthropic and professional imprint on Charleston and South Carolina, died Sept. 6. He was 84.

The former president of real estate development firm The Beach Co. of Charleston was known for his business acumen, which included bold initiatives such as the multimillion-dollar purchase of Kiawah Island in 1988.

At the same time, Charlie Way was a consummate civil servant who embraced numerous high-profile roles during his long career, helping to vouchsafe solid financial footing for a range of South Carolina institutions.

John Darby, president and CEO of The Beach Co., called Way the patriarch of the firm.

"He was a pillar of the community with an extensive list of accomplishments and accolades," he said. "These are a testament to his love of the Palmetto State. He will be missed dearly."

Way’s civic efforts fanned out across South Carolina and spanned fields of interest.

He was state Commerce secretary, serving under Gov. Jim Hodges. He was chairman of Spoleto Festival USA, helping the still-fledgling international arts festival in Charleston out of imperiling debt. He stepped in as chairman of South Carolina State University's board of trustees after lawmakers removed all members in 2015 in response to the college's financial woes and its risk of losing accreditation.

"Charlie Way’s contributions to our state, during his time in both public service and private business, are plentiful and admirable," said Gov. Henry McMaster. "His life is marked with service to a grateful state and to his loving family."

I Am Omar | Opera | postandcourier.com

Making ‘Omar,’ Spoleto Festival's opera about an enslaved Muslim scholar in the Carolinas

With a towering frame, a voice that boomed in a deep and galvanizing bass, and an eye ever-trained on the clock, Way was the brand of leader who would start on time and stop on time, who would keep things moving and who would act decisively. Whether he weighed in or not on a given exchange, Way’s presence in a room was always felt.

“He was the one pushing it out of the ditch,” he said. Their families have known each other since both lived in Orangeburg, and Tecklenburg’s father and Way were close friends.

Way’s work on behalf of his beloved state was vast and varied.

He was appointed chairman of the S.C State Retirement Systems Investment Panel by former Gov. David Beasley and was elected to the executive committee and board of directors of the S.C. Chamber of Commerce. He also worked on behalf of the S.C. Aquarium, the College of Charleston and the University of South Carolina. He served on the board of directors of the Gaillard Performance Hall Foundation and was vice chairman of the Gaillard Management Co.

Nigel Redden, former general director of Spoleto Festival USA, first met Way in 1985. As festival chairman, Way had become as integral to the organization as Mayor Joe Riley and College of Charleston President Ted Stern. The Redden and Way families became dear friends, with the Ways becoming godparents to the Reddens’ first child, and both broods regularly traveling together to Italy.

As Spoleto chairman, Way was second to none, Redden said. He supported artistic risk-taking even when the bottom line rendered it precarious. He attended most every performance, along with his wife Mary Ellen, deploying a good nature and dry wit for some of the festival’s more outré offerings. He often traveled on behalf of the festival and was never afraid to ask a prospective funder for a check.

With new leader in place, Charleston Gaillard Center amps up for its next chapter

Redden said that while his mentor’s interactions were economic, they yielded a great deal. “He might give me two minutes to raise the question, and then he answered it — yes, no — immediately.”

That included some off-the-wall circumstances, like being game for his friend David Rawle’s notion to have The Flying Wallendas circus act at the festival, which then entailed a troupe member high-wire traversing Broad Street. Another time, when a last-minute need arose to book Mikhail Baryshnikov for a foundering event, Way produced a private plane to collect the ballet legend.

Riley recalled that it was always a plus working with Way, who he remembers as far-sighted and energetic, whether it was on behalf of Spoleto, the founding of The Charleston Place or the renovation of Charleston Gaillard Center.

“People like Charlie Way are few and far between. They really adjust the needle in a positive way,” he said, noting his unflagging community spirit. “Whatever it was, he was cheerful, encouraging, honest and thoughtful.”

Way’s ascent at The Beach Co. started in 1975, after he left his law practice. Over the next three decades, he transformed it into a full-service real estate firm, offering development, construction, property management and real estate brokerage. He led the group that purchased the struggling Kiawah Island development from the royal family of Kuwait for $105 million in 1988. It was transformed into one of the most desirable, celebrated destinations in the state.

Born in Orangeburg on Dec. 18, 1937, Way was the son of Charles and Sally Wise Way. They owned several small businesses, including motels, gas stations, restaurants and liquor stores. Way got his start by helping run them.

He attended Riverside Military Academy in Gainesville, Ga., for two years before entering the University of South Carolina. There, he earned a Bachelor of Science degree in economics in 1959 and a law degree in 1962. He was on the cheerleading team at Riverside. At USC, he was president of Sigma Chi fraternity during his junior and senior years.

Way was a recipient of the Elizabeth O’Neill Verner Award given by the S.C. Arts Commission in recognition of his outstanding contributions to the arts, and The Ramsay Award, in honor of philanthropic leaders in the Lowcountry who have made extraordinary civic and charitable contributions to the community.

Way once said, "The success of The Beach Co. has all to do with our people. We have a very fine assortment of associates who are committed to doing their best and doing the right thing, every step of the way. Our longevity is attributed to their dedication, as well as our involvement in the community and the relationships we have maintained over the course of several generations."

He added, "In complex transactions, those relationships set us apart from the rest. We know who to call, and they trust us to get the job done."

While Way achieved monumental success, friends and family say that he never lost his compassion and sense of humanity.

“Despite reaching the pinnacle of achievement, he had the humility and common touch of an everyman,” Tecklenburg said. Six months ago, Way called him out of the blue to say that he had a desk in his office that had belonged to the mayor’s father. It had been in Way’s office for the past 30 years. Now it is at City Hall.

Arrangements are being handled by Stuhr Funeral Home.

The service is set for 11 a.m. Sept. 10 at Stella Maris Catholic Church on Sullivan's Island.