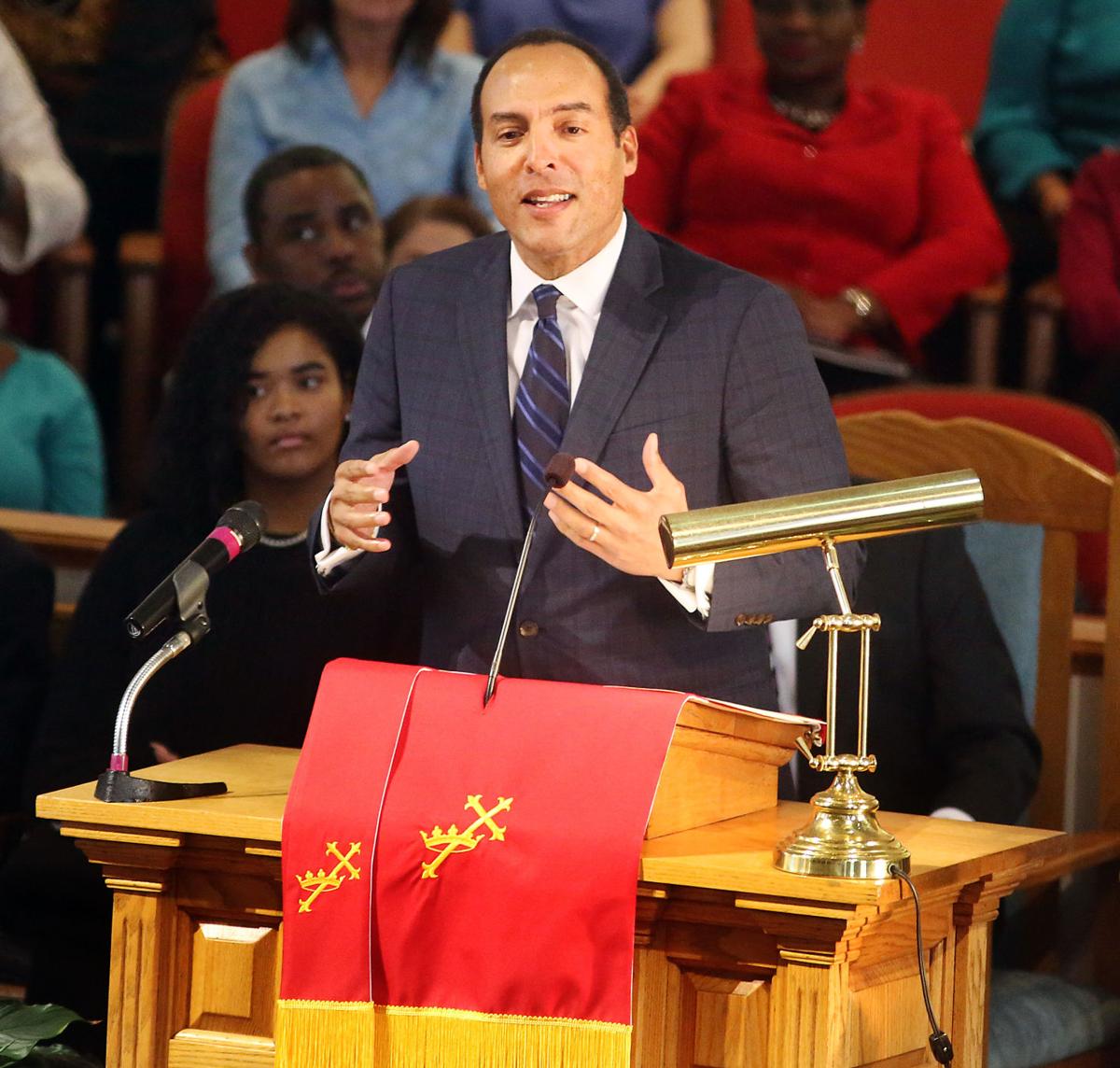 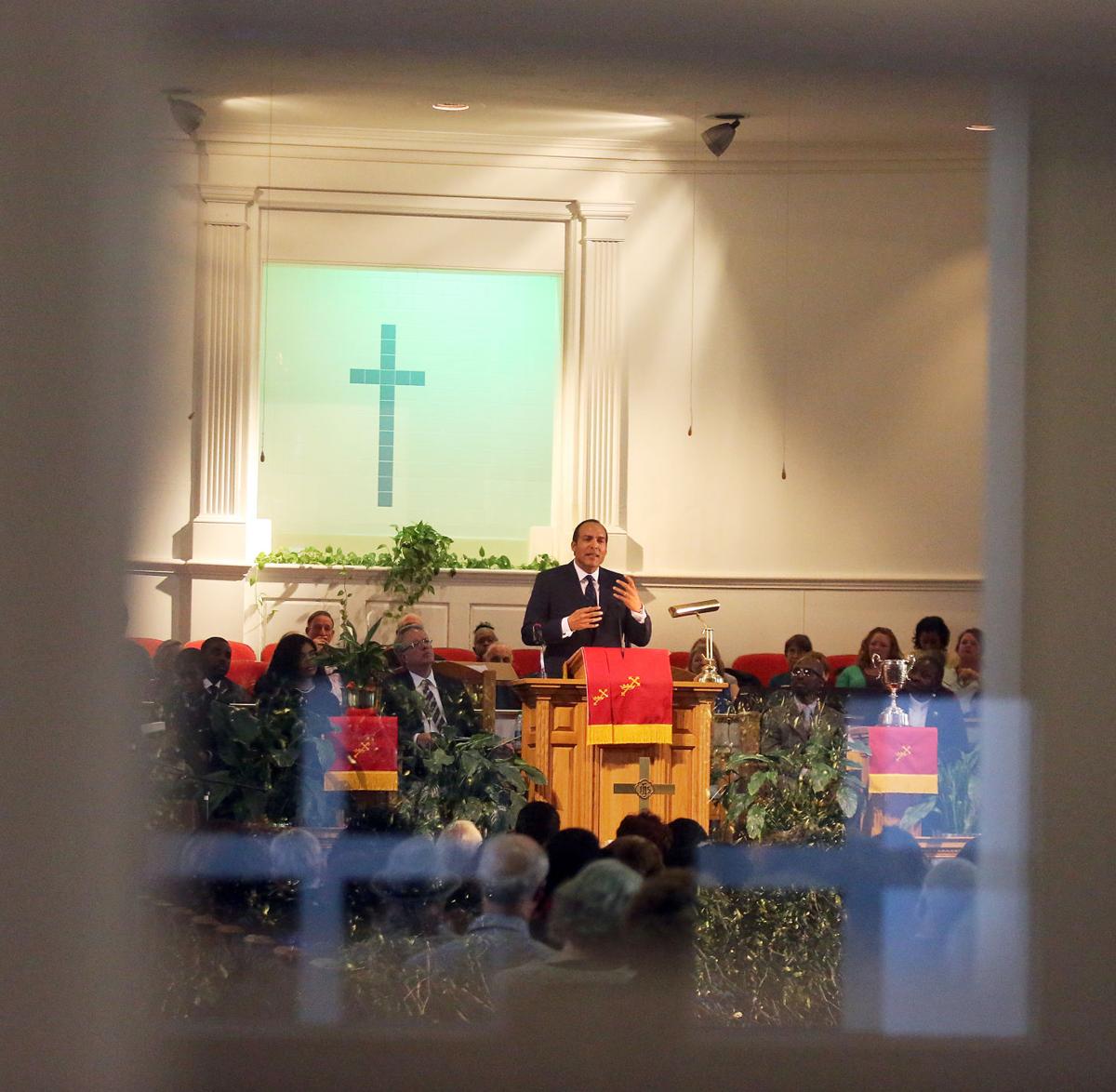 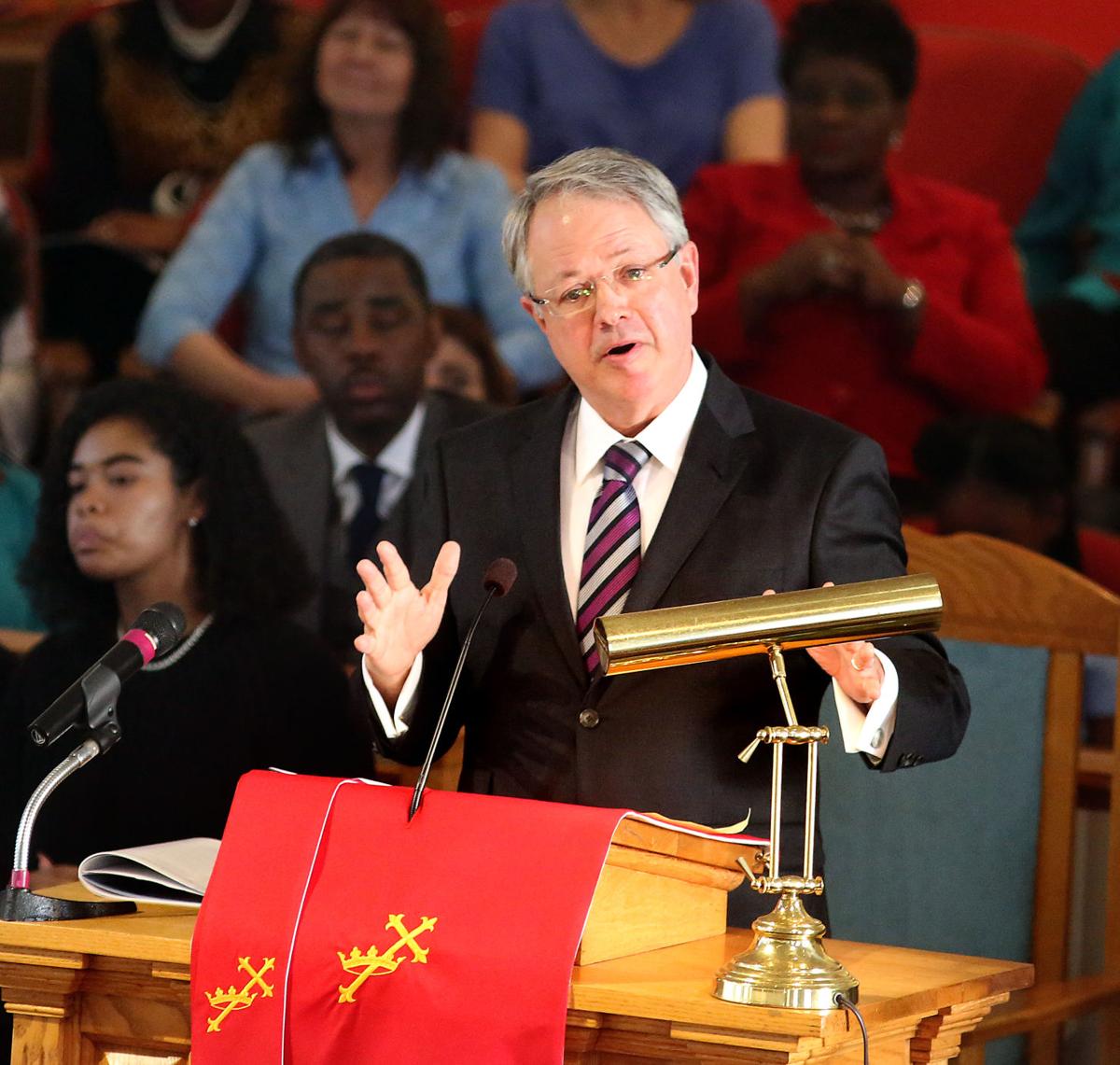 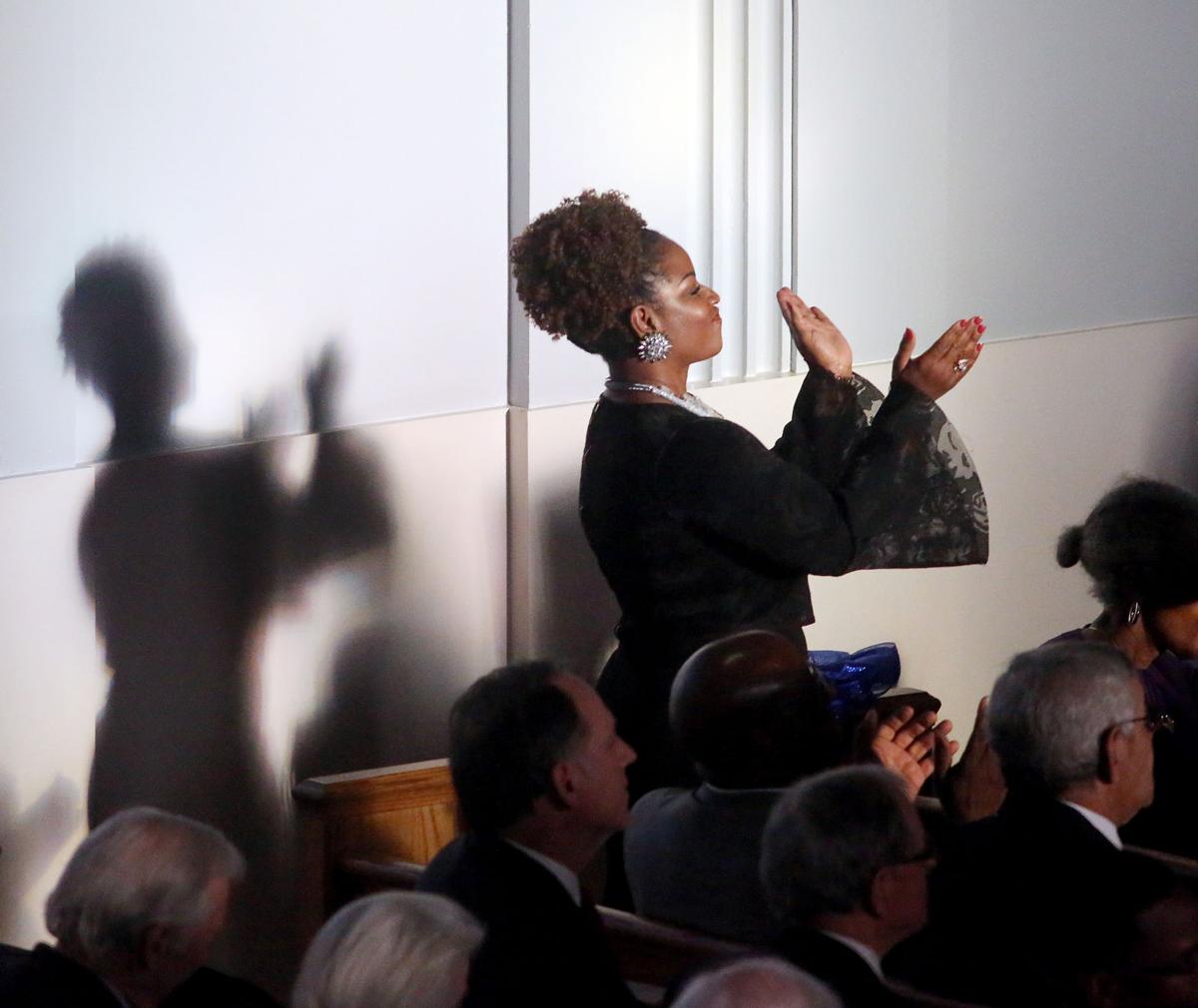 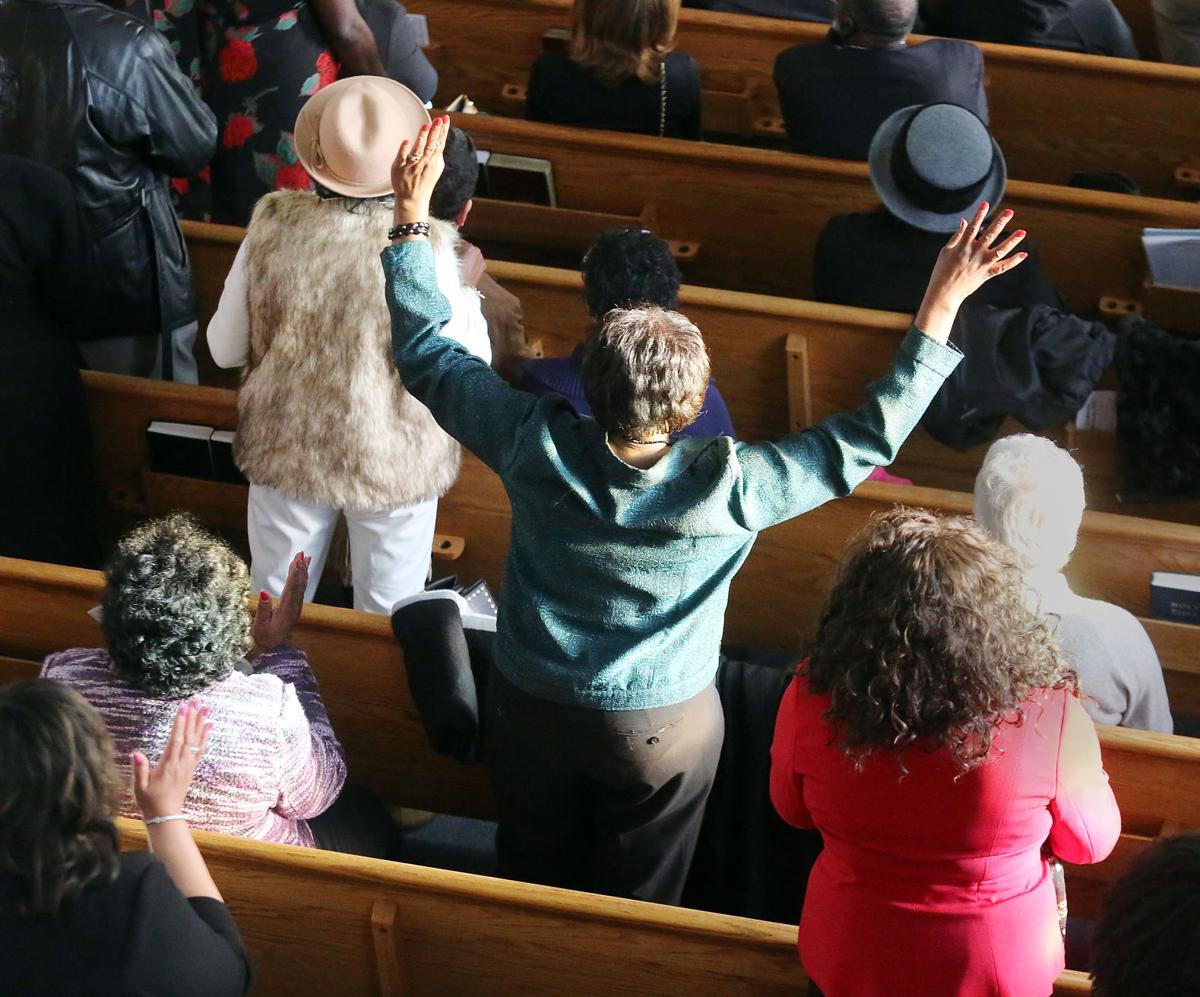 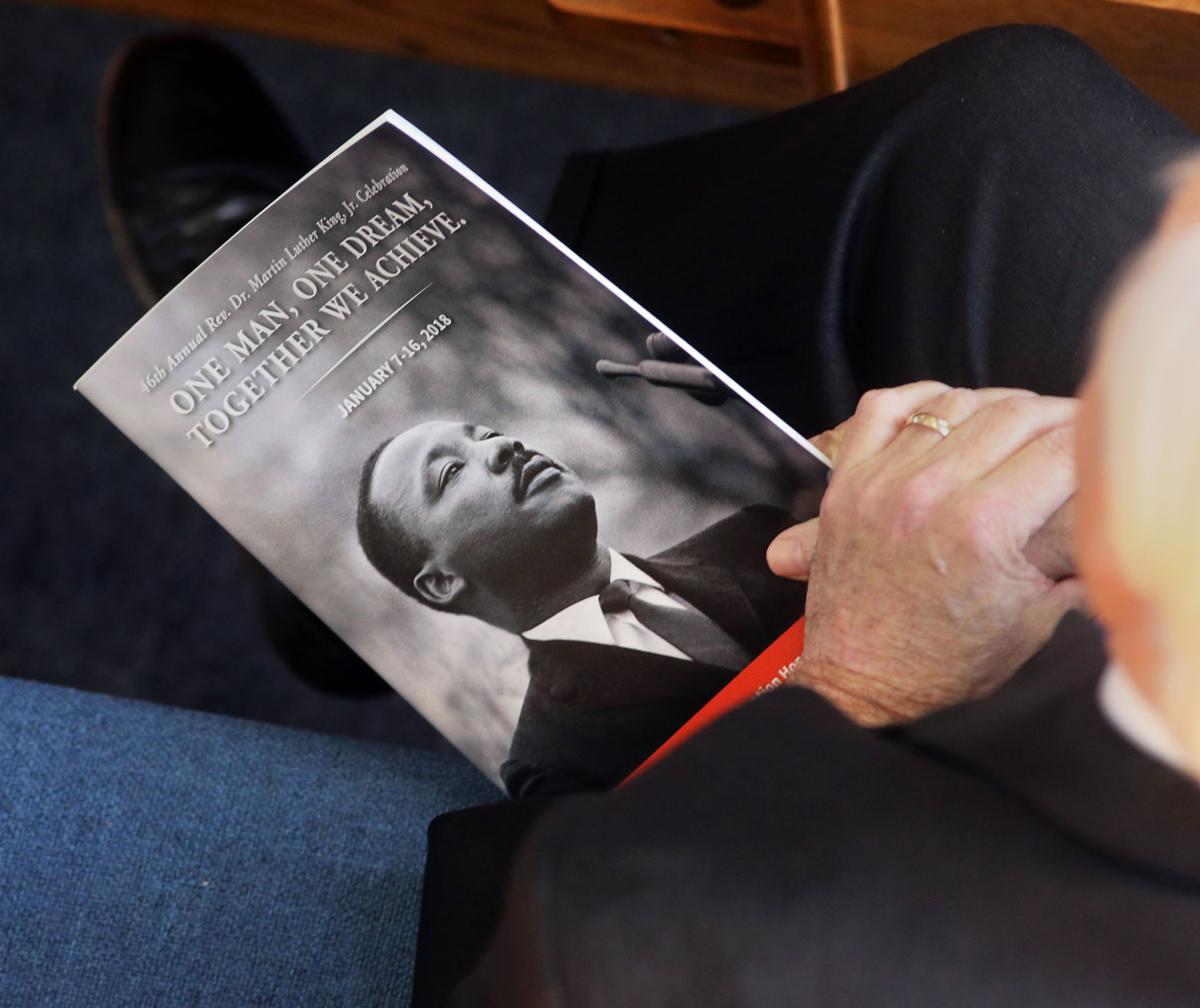 In an age when social activism ranges from articulating an opinion on social media to running for political office, Michael Boulware Moore on Sunday urged Charleston residents to find a form of protest that best aligns with their convictions.

But we all must protest, Moore said, invoking the words of Dr. Martin Luther King Jr. during the annual MLK Ecumenical Service at Morris Street Baptist Church, where he was the keynote speaker.

Moore, the president and chief executive officer of the International African American Museum planned for Charleston, spoke of modern protests — the #MeToo movement against sexual harassment, former San Francisco 49ers quarterback Colin Kaepernick taking a knee during the national anthem, Black Lives Matter — and encouraged those in the audience to find a personal way to join the fight for social justice.

"I think King, if he were here today, I think he would certainly be among those in the leadership inspiring us to act right now," he said.

Sunday's service, attended by parishioners and visitors such as Republican U.S. Rep. Mark Sanford, several state senators and members of Charleston City Council, was part of the 46th annual MLK celebration sponsored by YWCA of Greater Charleston. This year's events — which will continue with the Martin Luther King Jr. Day Parade on Monday and the MLK Business and Professional Breakfast on Tuesday — are centered around the theme, "One Man, One Dream. Together We Achieve."

The YWCA honored the Charleston Area Justice Ministry with the Harvey Gantt Triumph Award, marking the first time an organization, as opposed to an individual, has received the recognition for contributions to civil and human rights. The interfaith Justice Ministry is an alliance of Charleston-area congregations and organizations that proposes solutions to social justice problems.

From the pulpit, Charleston Mayor John Tecklenburg crafted his comments around unity as he addressed immigration, an issue that has dominated national headlines in recent days. Tecklenburg said America has a legacy of extending compassion to the poor and oppressed, reciting the Emma Lazarus poem inscribed at the base of the Statue of Liberty that says, in part: "Give me your tired, your poor, your huddled masses yearning to breathe free."

Tecklenburg said Moore is helping in "fulfilling a dream of Charleston" by bringing an international museum dedicated to African American history to the city.

Moore is the great-great grandson of Civil War hero Robert Smalls, who escaped slavery by commandeering a Confederate ship and went on to become a South Carolina congressman.

On Sunday, Moore said the International African American Museum will have the "enormous" opportunity to share the sacrifices and contributions of African Americans at the site where tens of thousands of slaves first set foot in America. The museum, he said, will also be forward-looking thanks to a social justice action center, where people will be able to attend conferences and classes to gain tools to take social activism to their communities.

"It's because of people just like all of you ... It's people doing things small and not so small," he said. "And so again, we all must find the type of protest that best fits with our convictions. But protest, we all must."