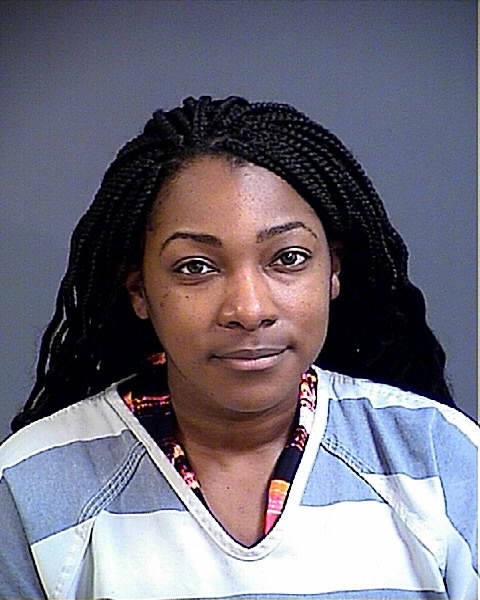 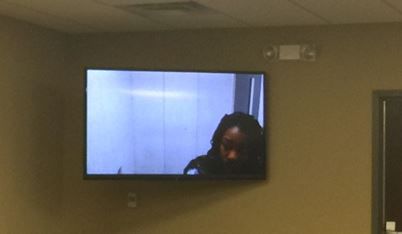 Jennifer Olajire-Aro, 27, appeared in Charleston County Bond Court on Tuesday, Dec. 19, 2017. The Burke High School teacher is accused of having a sexual relationship with a male student. Gregory Yee/Staff

A Burke High School teacher accused of having a sexual relationship with an underage student received $100,000 bail during a court appearance Tuesday.

Jennifer Danielle Olajire-Aro, 27, of Devlin Road on Johns Island, faces one count of sexual battery with a student 16 or 17 years of age, according to court records.

Aro, a native of Dallas, appeared in Charleston County Bond Court where her attorney — J. Kevin Holmes of Charleston, and the victim's family had gathered. She was arrested Monday.

Aro was ordered not to have any contact with the victim, his family or students at the school, and was not allowed to leave the state without permission from the 9th Circuit Solicitor's Office.

Her family was flying in from Texas but their flight was delayed and they did not make it in time for the hearing, Holmes said.

"She is married," he said of his client. "Her husband is a student at the Medical University of South Carolina (in) the residency program. She has a 10-month-old baby, a girl."

Aro taught pre-calculus and algebra at Burke, has a master's degree from the University of Texas in education, and has no prior record, the attorney said. She had no prior disciplinary actions against her at the school until the current accusations surfaced, and has received awards for her teaching.

In addition to teaching, Aro was the coach of Burke's tennis team, Holmes said.

"This is her first year of employment with Charleston County School District ... she is on paid administrative leave," according to a statement by Andy Pruitt, a district spokesman.

The victim's mother gave a tearful statement during the hearing.

"She is an awesome teacher but she is a hellacious person for what she did," the mother said. "He is 17, 17. He is not an adult. ... Emotionally, he is not ready for this. I'm not ready for the texts, the phone calls, the comments."

According to an affidavit, Aro engaged in "an intimate and sexual relationship with her 17-year-old male student," on three occasions between November and December at her residence and other locations in Charleston.

The student told another teacher about the sexual encounters and that teacher reported what the student said to school administration, the affidavit said.

"Ultimately, Ms. Aro confessed to the sexual encounters with the student," the affidavit said.