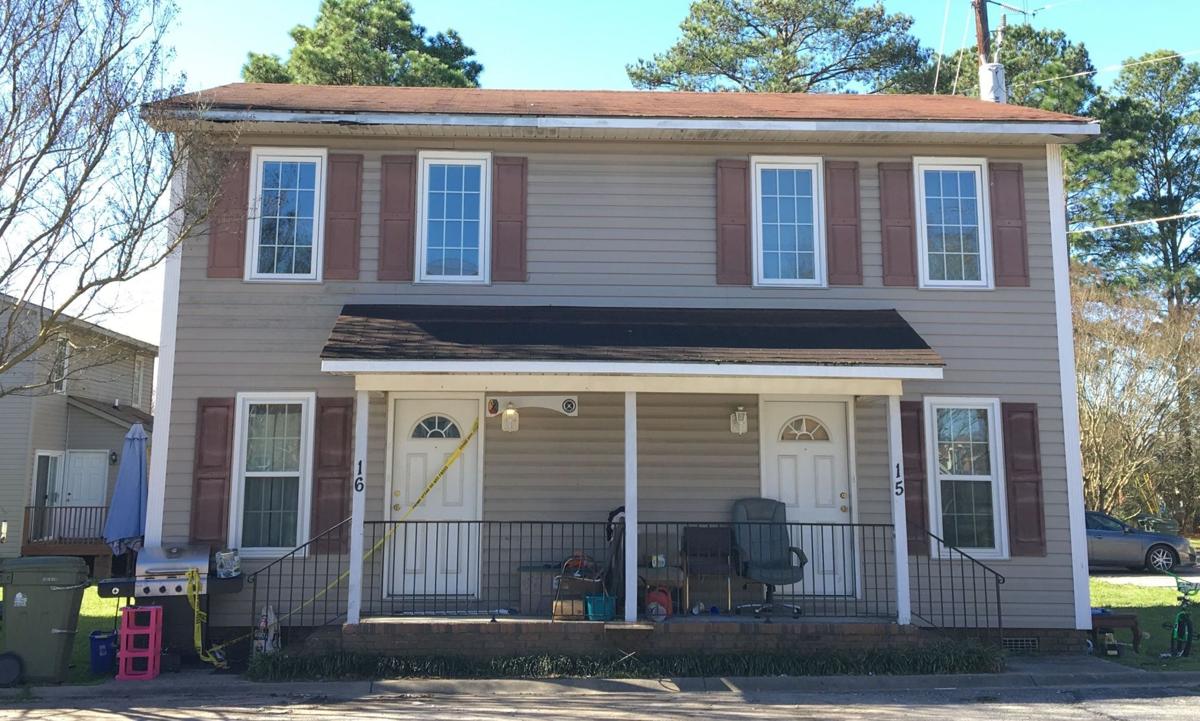 Yellow police tape marks the Cayce home where 6-year-old Faye Swetlik was playing when she disappeared. Her body was found Thursday in a wooded area near her home. Joseph Cranney/Staff 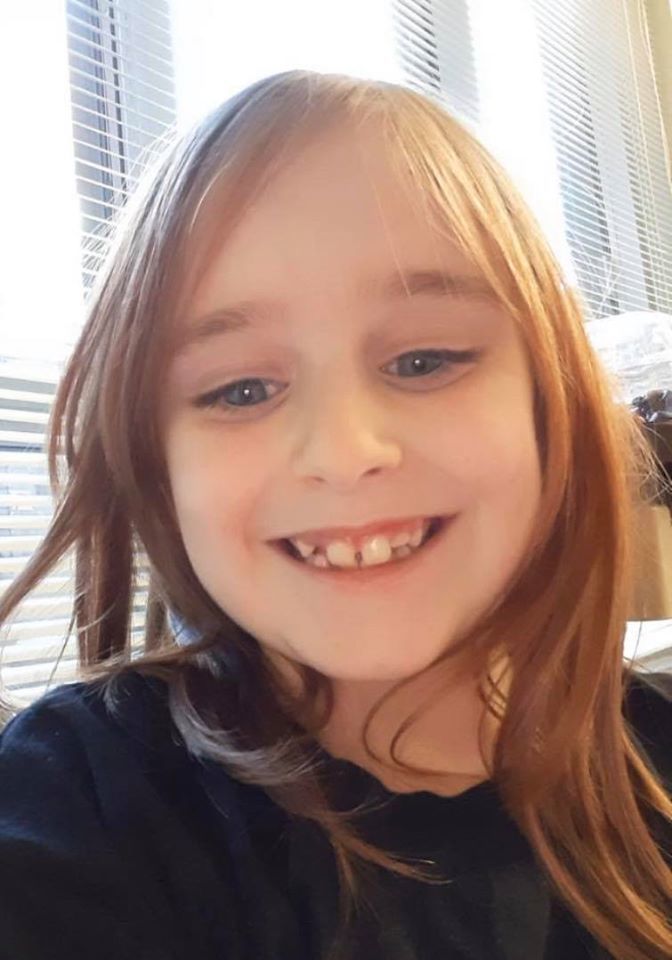 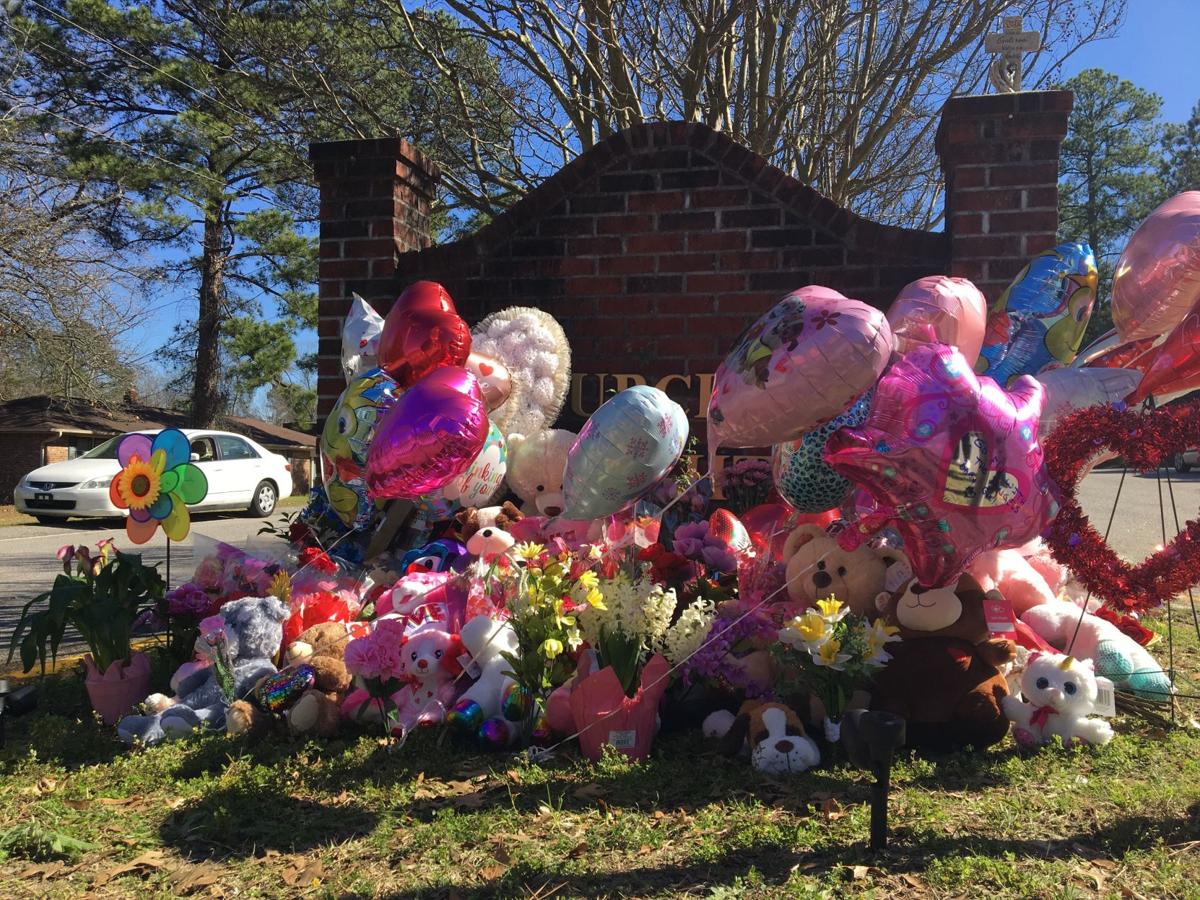 Mourners left flowers, balloons and stuffed animals outside the Churchhill Heights neighborhood in Cayce where the body of 6-year-old Faye Swetlik was found on Thursday. Joseph Cranney/Staff

CAYCE — A clue found in a trash can Thursday led this small city's police chief to find the body of missing 6-year-old Faye Swetlik in a wooded area near her home.

Soon after, police found the body of Coty Scott Taylor, 30, in an apartment near Faye's home, Sgt. Evan Antley of the Cayce Department of Public Safety told reporters Friday.

Taylor, who had no criminal history and was not known to law enforcement, is linked to Faye's disappearance Monday, Antley said. He declined to describe the link.

Taylor was not a friend of Faye's family; he was just a neighbor who lived about 150 feet away in the neighborhood west of Columbia, Antley said. Police did speak with Taylor during a previous search that included entering all the homes and apartments in the Churchill Heights neighborhood.

More than 250 local, state and federal law enforcement officers combed the neighborhood and surrounding woods near the Columbia Metropolitan Airport for more than two days looking for Faye, a first-grader with strawberry-blond hair and blue eyes who disappeared while playing outside her home.

But police got a new lead after emptying trash cans in the neighborhood on Thursday. An unspecified clue was found in the trash can belonging to Taylor's apartment, Antley said.

Cayce Director of Public Safety Byron Snellgrove found Faye's body at 11 a.m. Thursday in the wooded area near a NAPA Auto Parts store behind Faye's and Taylor's homes. Her body had not been in the area long, Antley said.

Faye's death has become a homicide investigation. Autopsies on Faye and Taylor will be performed Saturday at MUSC in Charleston, Lexington County Coroner Margaret Fisher said. She would not say how they died.

Police have no new suspects at the moment, but Antley asked the public to share any tips.

In a recording of her 911 call, Faye's mother, Selena Collins, sobs and breathes heavily to report her daughter missing on Monday.

"I can’t find my daughter," Collins says. "She was playing outside, and now I can't find her."

Collins says she last saw her daughter an hour earlier while she played on the front porch. Collins said she called 911 after searching for her daughter around the neighborhood.

The 911 operator asks her if she looked in the backyard. Collins said yes and that she had friends still searching for Faye.

"I checked all the houses in my neighborhood," Collins said.

At the end of the call, the 911 operator asked Collins to call back if Faye showed up. "OK, will do," Collins said.

On Friday morning, a day after police found Faye's body, mourners kept bringing flowers and balloons to a growing impromptu memorial at the entrance to the subdivision near the Columbia Metropolitan Airport. Many of the mementos were heart-shaped for Valentine's Day.

Inside the neighborhood, state law enforcement agents and plainclothes officers wearing purple latex gloves canvassed the wooded area behind Taylor's home on Picadilly Square, one street over from where Faye and her mother lived. Authorities taped off the entrance to Taylor's home, and patrolled through the residence in pairs.

Along the perpendicular Picadilly Drive, a residence's video doorbell faces Taylor's home. The woman who lives there, who gave her first name as Lynette, said federal agents visited her nearly half a dozen times and obtained her device's data. But it was likely of no use, she said: She installed the device without a video feed.

"It's just a deterrent," she said, staring across at the taped-off wooded area.

John Bischoff of the National Center for Missing and Exploited Children said it’s not uncommon in these cases for a missing person or evidence to be found in an area that was previously explored.

"If you ask any search expert, sometimes you have to search an area multiple times to consider it fully searched," he said. "Going back through their tracks is how we got to where we are now."

Faye stepped off the bus from Springdale Elementary about 2:50 p.m. Monday and walked the short distance with her mother to their apartment.

She went out to play in the yard, something neighbors said she did often. Her mother last saw her at 3:45 p.m. but sometime after, noticed she was gone and called police.

Officers brought out specially trained dogs and hovered in helicopters while methodically searching a 1-mile radius from her home. They searched homes in the neighborhood off a busy roadway near an interstate interchange, even looking inside cupboards.

Bischoff said, from what he could tell, Cayce law enforcement did everything they could to find Faye.

“They were not shy about asking for resources and we applaud them for that,” he said.

What is known about Faye, the missing 6-year-old SC girl: 'A lot of people are nervous'

The FBI sent out a national missing-person bulletin even though the search was concentrated in the neighborhood. Bischoff said this is common practice in these types of investigations.

No Amber Alert was issued because the case did not meet the federally mandated criteria for one, as no evidence of an abduction was found at the time.

"When you do a big push at the level of an Amber Alert you have to be able to have something for the public, a call to action," Bischoff added, asking people to look for something specific, such as a vehicle.

"The investigation is going to run its course, and for law enforcement, their work is not done," Bischoff said. "In many cases it’s just beginning."