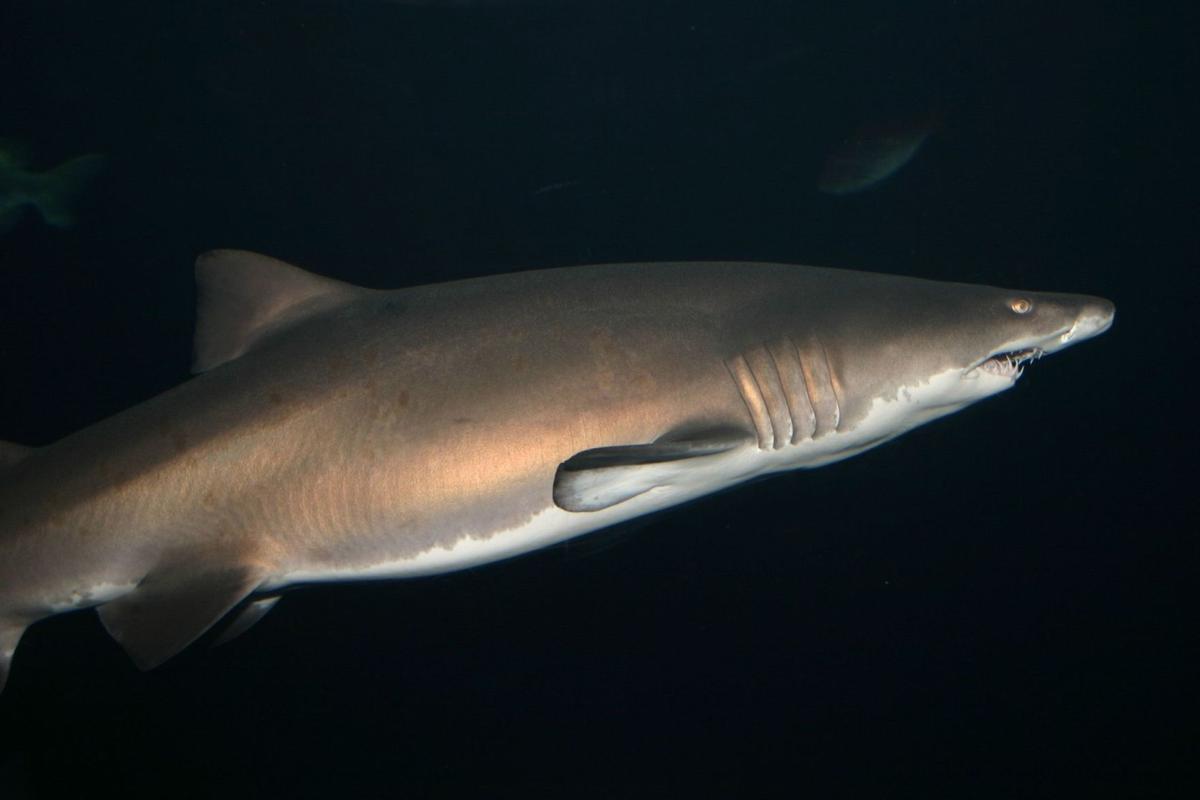 Hedrick is believed to have been bitten by bitten a shark. File 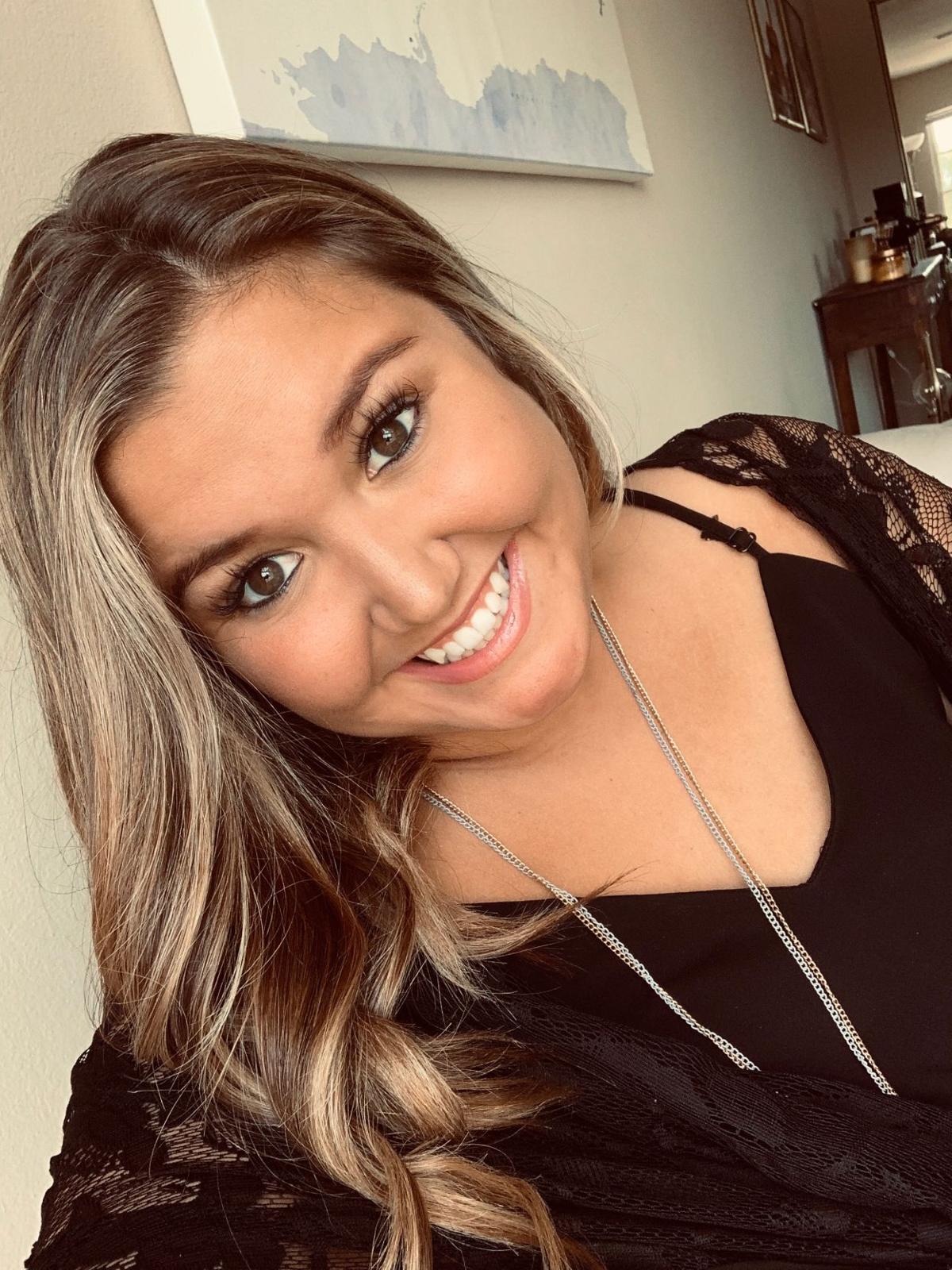 Erica Hedrick was bitten by an apparent shark at Isle of Palms. Provided 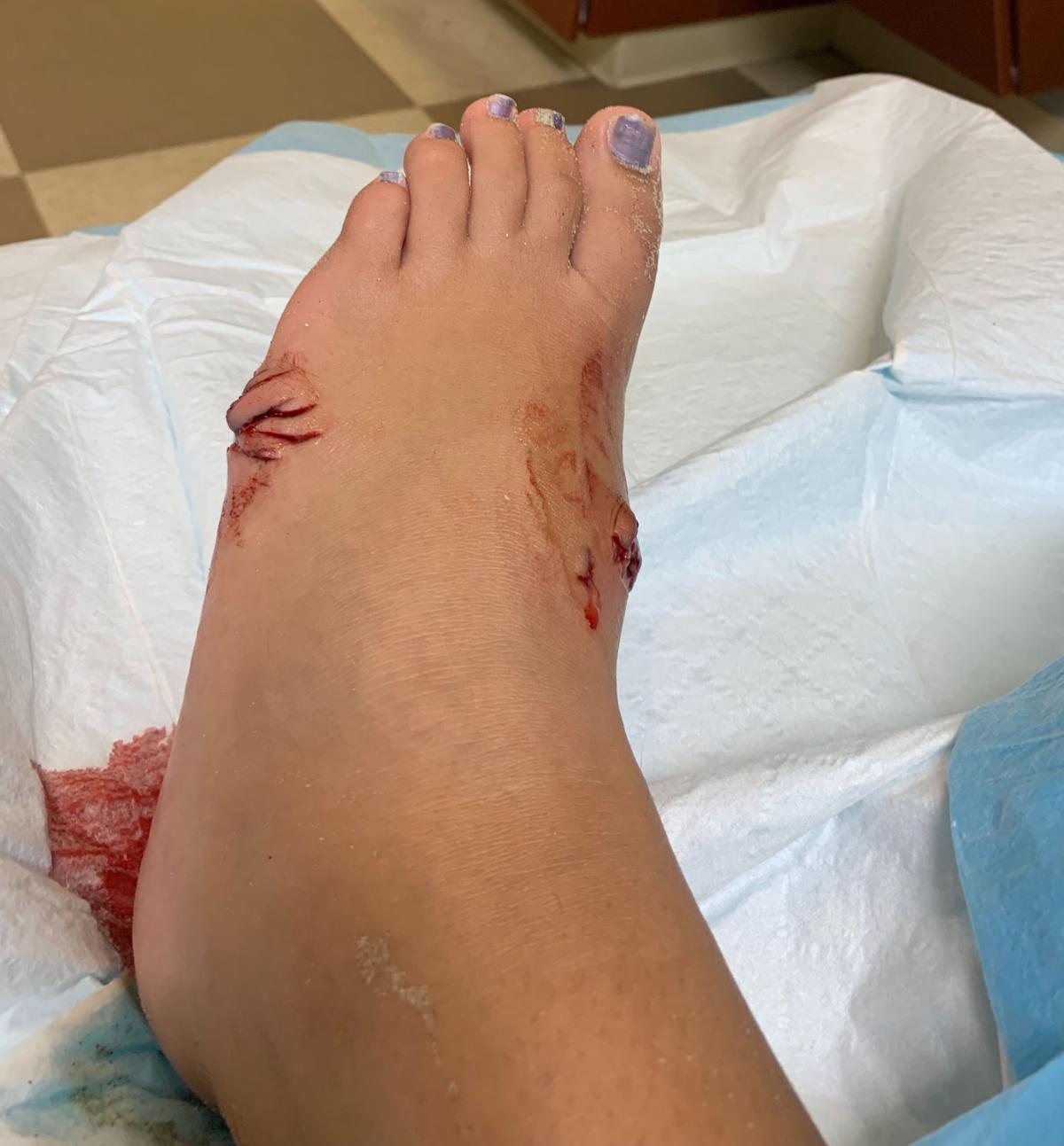 Erica Hedrick was injured at the Isle of Palms. Provided

Hedrick is believed to have been bitten by bitten a shark. File

Erica Hedrick was bitten by an apparent shark at Isle of Palms. Provided

Erica Hedrick and her cousin Katie Isbell were swimming in water above their heads off the Isle of Palms on Sunday when something big slipped by them.

"Did you just see that?" Isbell said. It bumped her arm "like a board hit; that's the only way I can describe it," she said. Then it took hold of Hedrick's foot.

"My foot's in something's mouth," Hedrick screamed. Then they saw the blood.

Hedrick, 22, from Indianapolis, Indiana, was with Isbell for a long weekend at the island, a beach she has visited regularly for a decade. She was bitten by "a marine creature believed to be a shark," said Ann Graham, the city's fire chief.

"We started yelling for help," Isbell said. But they had drifted from the pier that is the beach's mainstay and only a few people were around. Hedrick had bite marks on both sides of her foot.

An emergency medical services crew arrived and transported Hedrick to a Mount Pleasant hospital clinic where she received 29 stitches. X-rays indicated a piece of a tooth was still embedded in the foot.

It's not the first bite in South Carolina this year. A man was bitten in the arm in May off Hilton Head Island, according to news reports. Bryan Frazier, a S.C. Department of Natural Resources biologist who specializes in sharks, said he was told a surfer was badly cut by a shark fin.

The South Carolina Department of Natural Resources offers clear tips for staying safe in the water:

• Don’t swim alone. Like many predators, sharks are more likely to prey on individuals than a group.

• Don’t swim at dawn, dusk or night, when visibility is lower and sharks may be more active.

• Avoid wearing jewelry, watches or other shiny objects in the water. Their metallic glint may look like the silvery scales of a fish to sharks.

• Avoid swimming near piers and anglers fishing in the surf where bait may attract sharks.

• Don't enter the water when schools of bait fish are present. Small fish attract larger predators. Watch for seabirds diving into the water and dolphins feeding.

• Avoid entering the water if openly bleeding. (No research suggests menstruation increases the odds of being bitten by a shark.)

• Don't approach a dorsal fin. Sharks and dolphins feed in the same areas. If fins are in the water, wait on shore until they pass through.

Sharks are nothing unusual in the warm waters off the beaches in the state. Surfers at Folly Beach say they see them swimming under their boards all the time.

A few people are nipped or worse by sharks each year in the Carolinas, a tiny number considering the thousands if not millions of people in the water. Nearly all strikes are unintentional nips, with the animal mistaking humans for prey fish.

According to the International Shark Attack file at the Florida Museum, South Carolina has had only 35 confirmed unprovoked attacks since the 1800s.

A jump in strikes across the South and North Carolina coasts in 2015 caused some serious injuries and raised concerns, but eventually abated.

Something to keep in mind: You are statistically more likely to be suffocated by sand than killed by a shark.

On Wednesday back in Indianapolis, Hedrick was at a hospital emergency room. The bites had become infected and doctors were deciding whether to open the stitches to remove the embedded tooth.

Hedrick said she didn't get a good look at the creature but guesses it was about 5 feet long. The pain "is pretty bad," she said.

She'd never had a close encounter with a shark before the weekend.

"I'll probably never get in salt water again," she said.