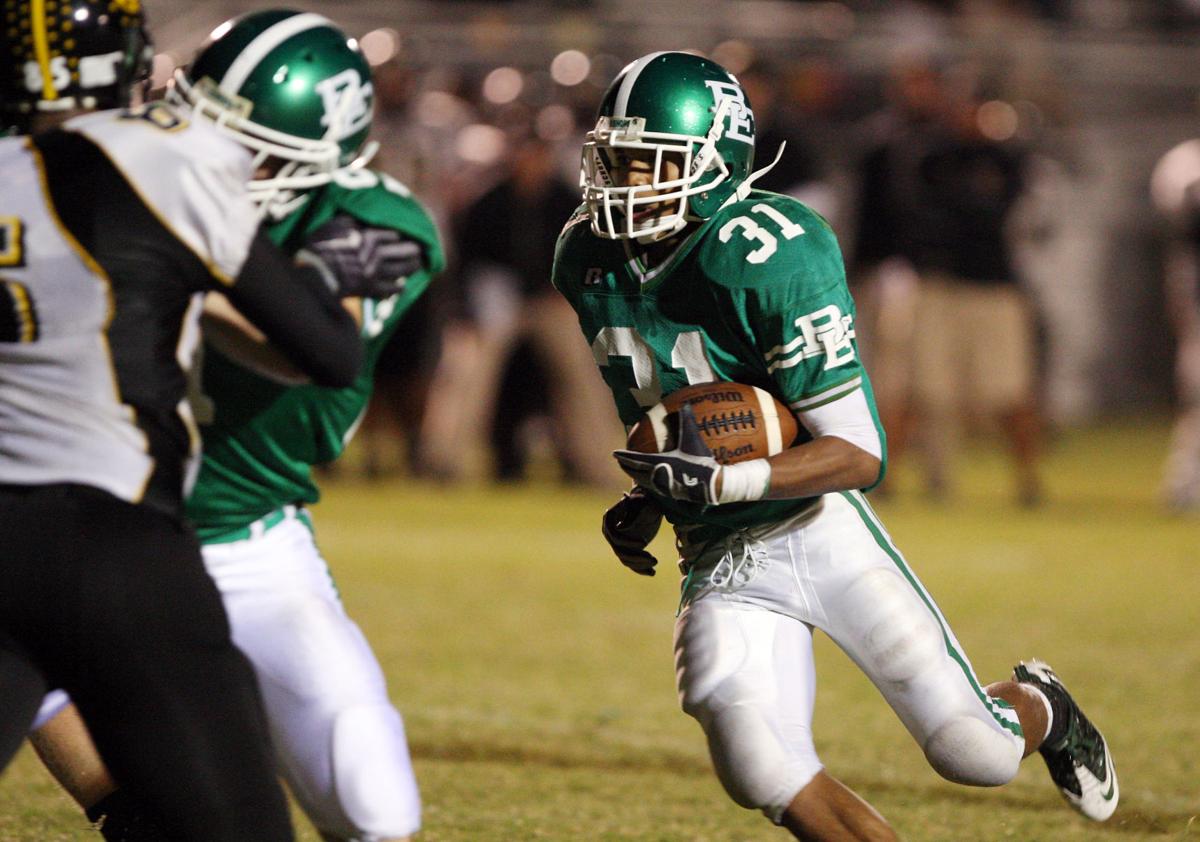 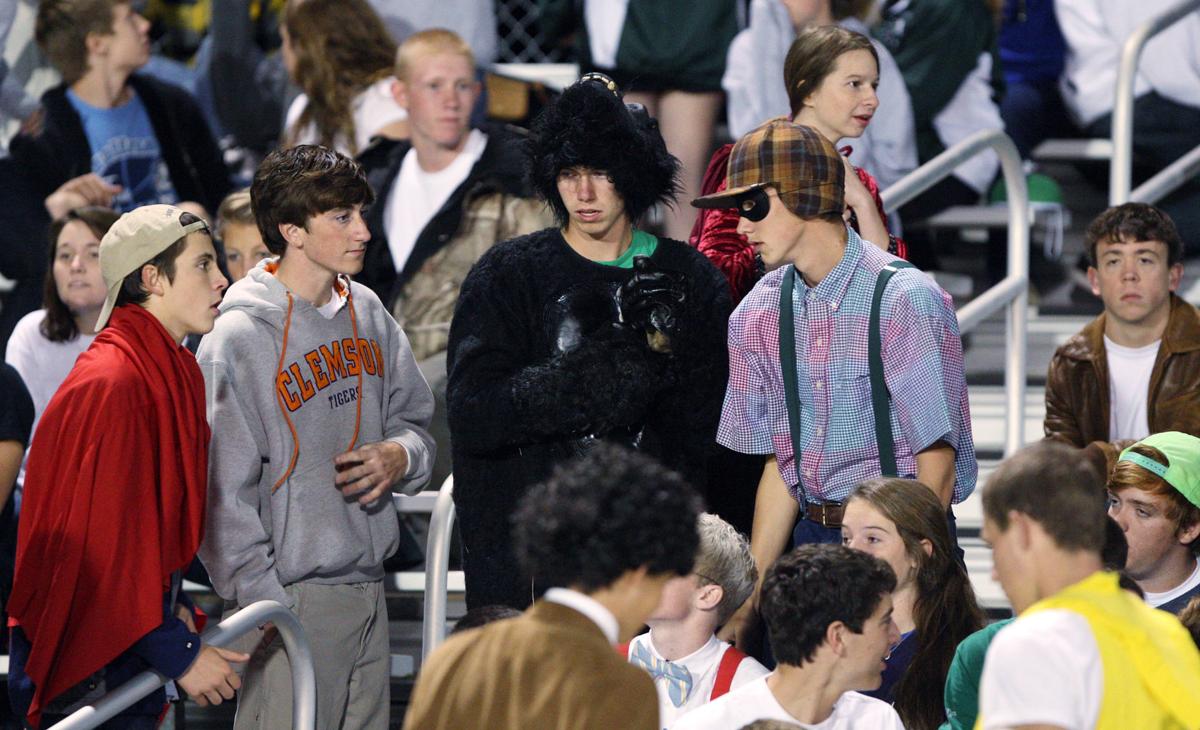 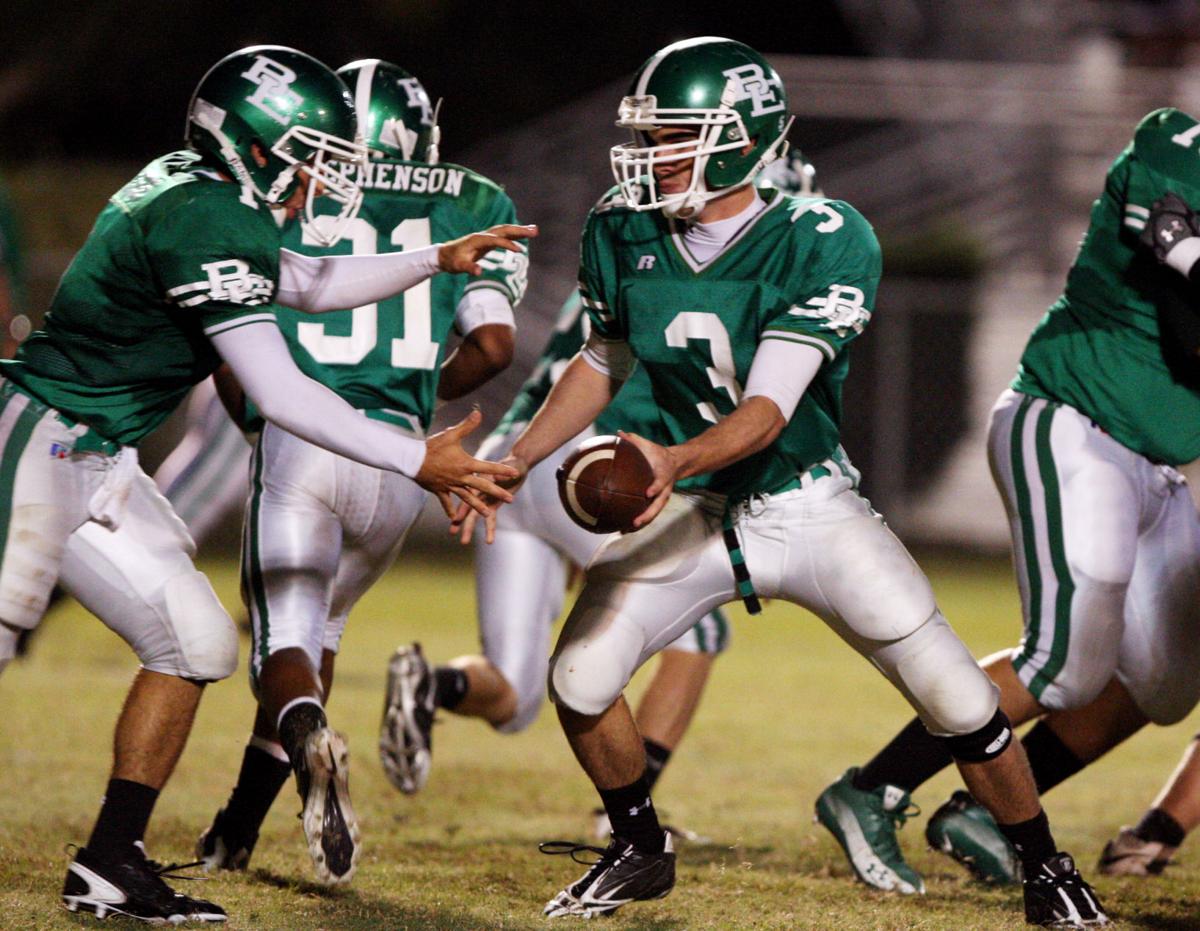 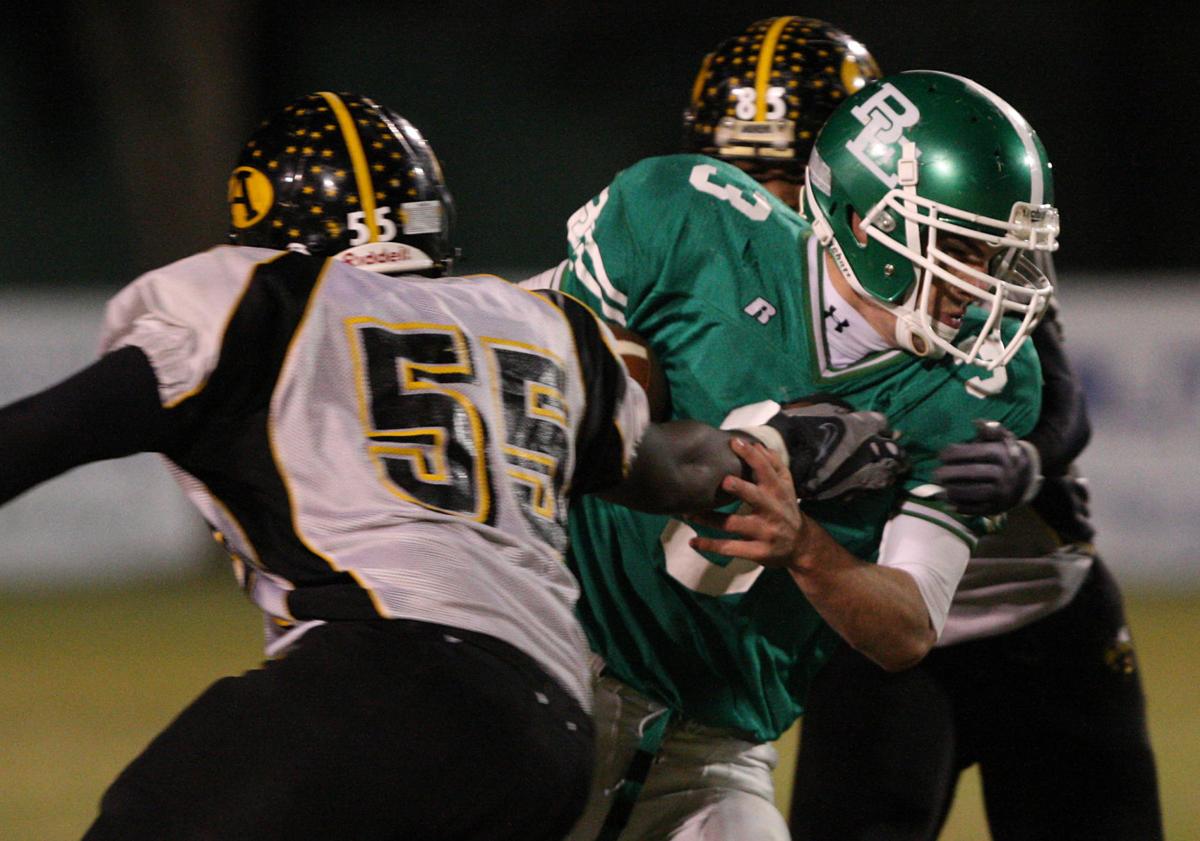 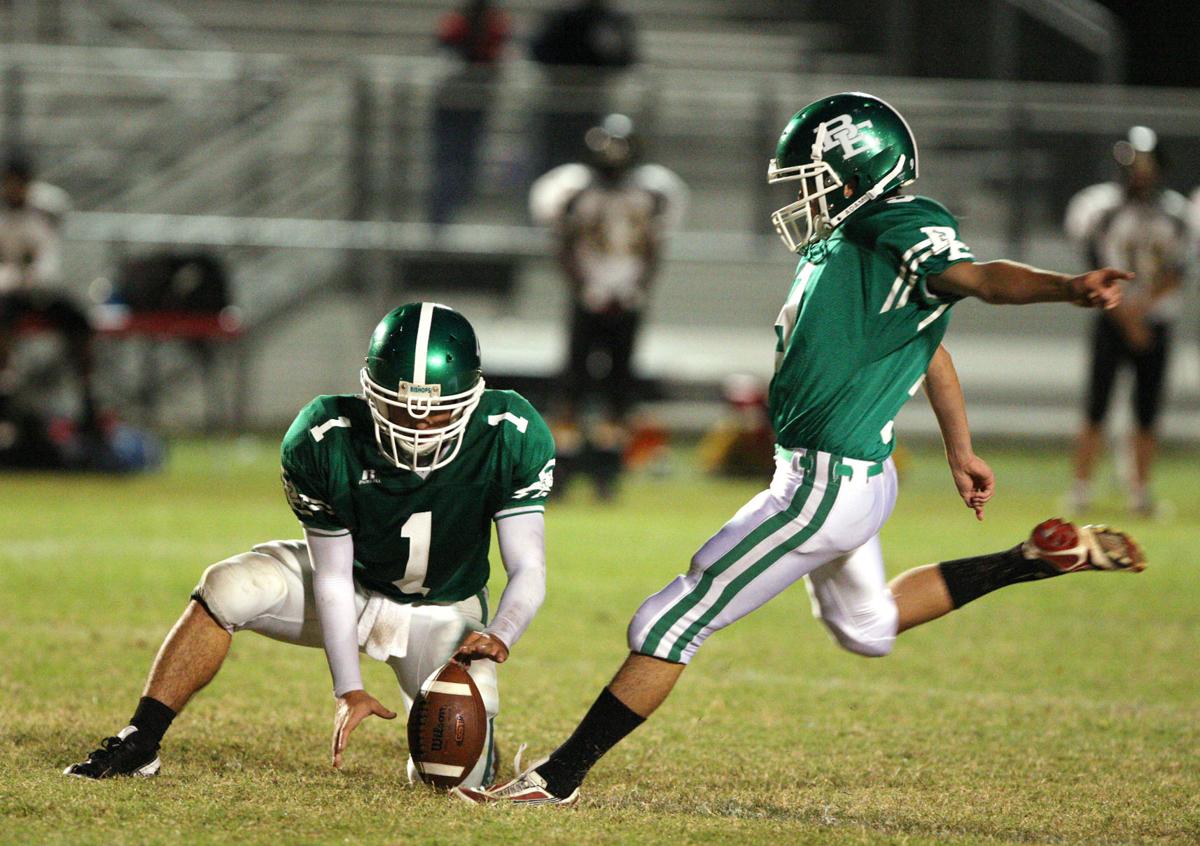 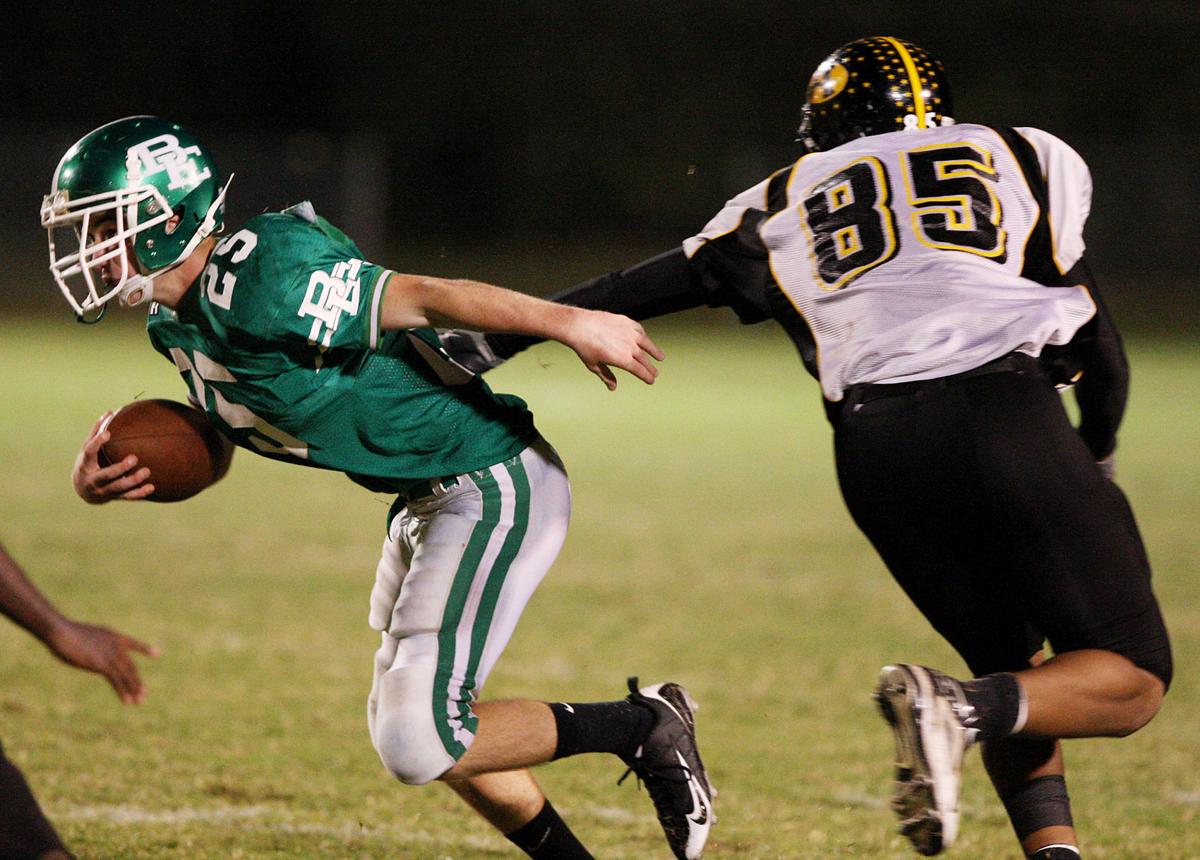 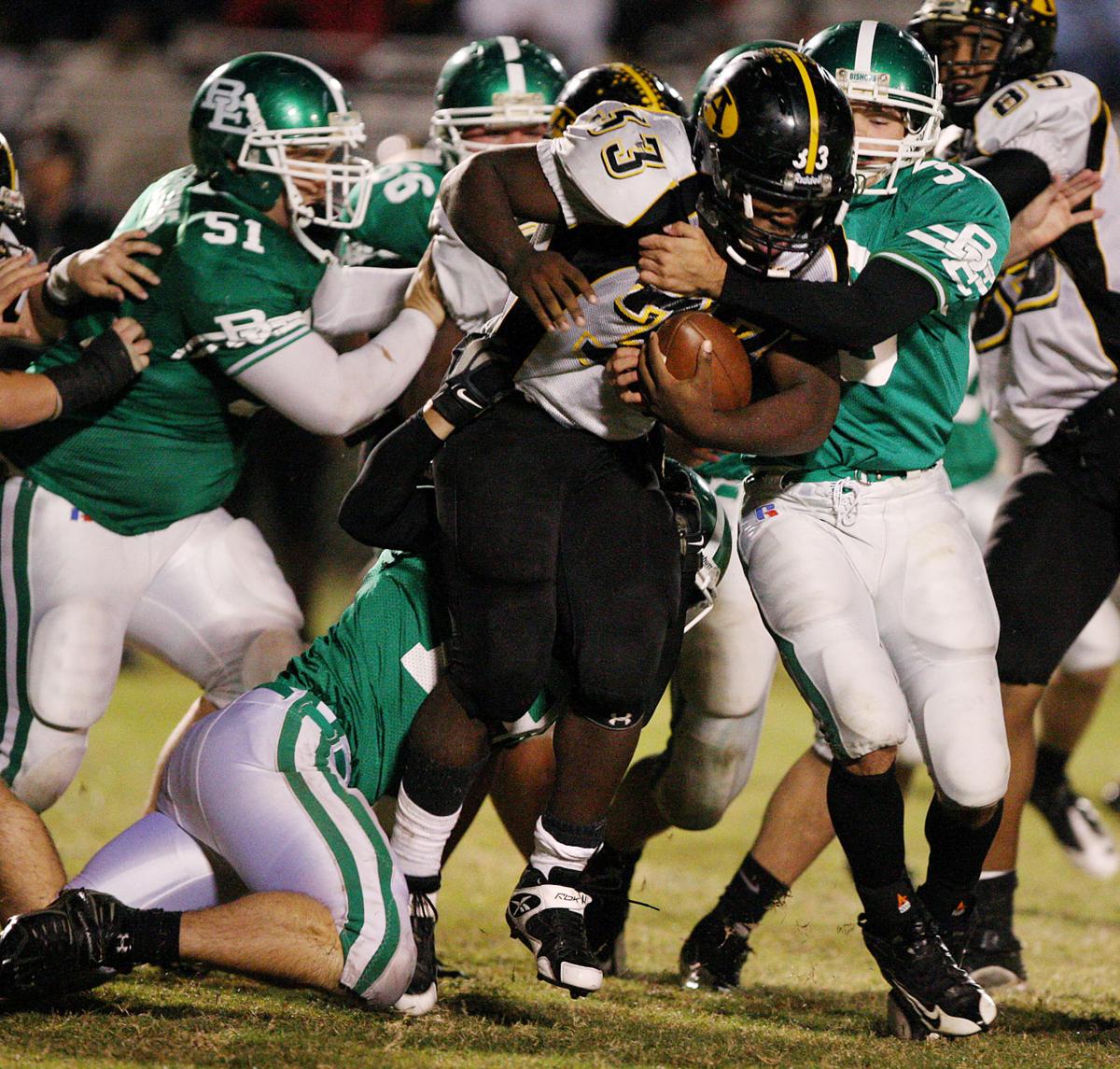 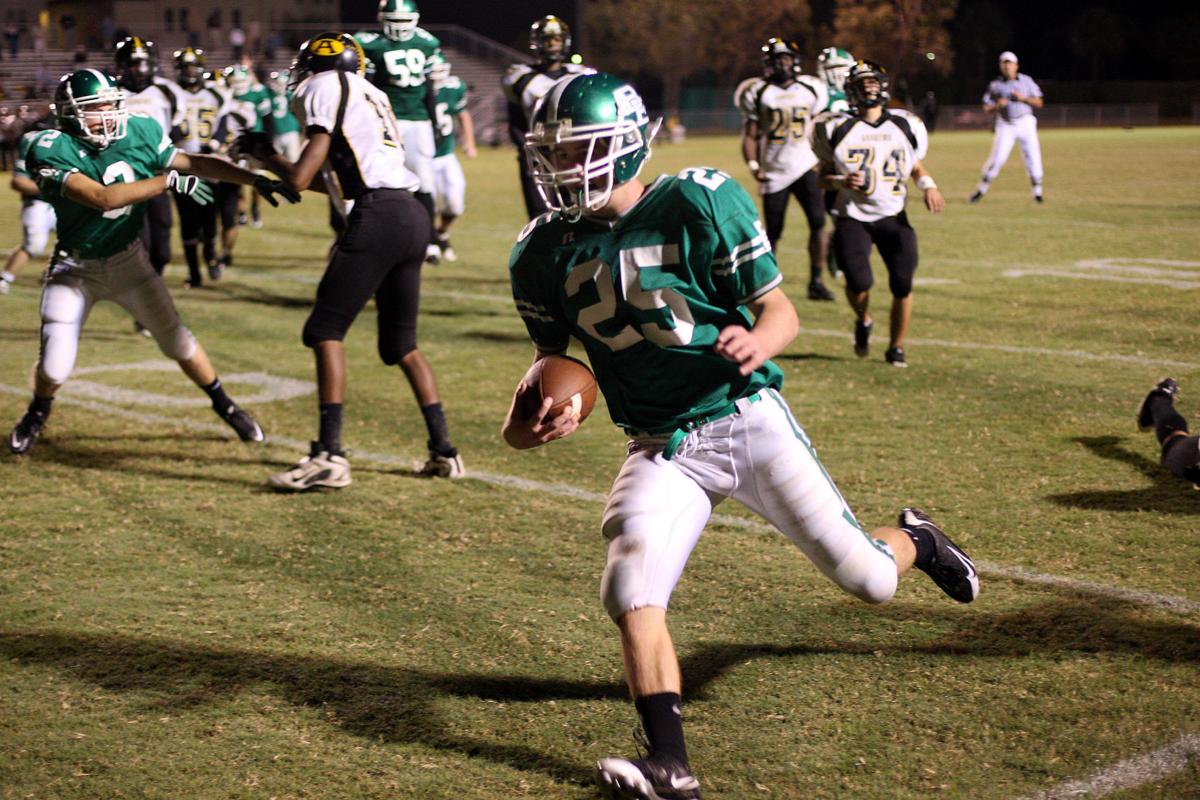 Bishop England's Andrew Bunch has been a factor on offense and defense. 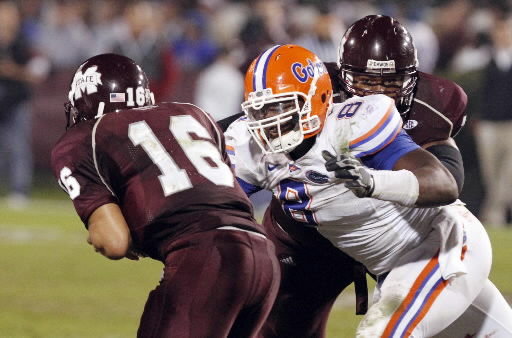 Bishop England's Andrew Bunch has been a factor on offense and defense.

"So one time they split me out to cornerback to cover him. It was crazy," Dunlap, a former Fort Dorchester High School defensive end, said Monday. "They still beat us."

"He came over there and tried to jam me," Green said.

No. 1 Florida and unranked Georgia square off Saturday in Jacksonville, a unique rivalry game often referred to as "The World's Largest Outdoor Cocktail Party." Coincidentally, it's also the largest gathering of Lowcountry natives projected as early first-round picks in the next two NFL drafts.

Dunlap, a 6-6, 290-pound junior defensive end at Florida, is considered the top pass-rusher in the rugged Southeastern Conference.

Green, a sophomore at Georgia who plays slightly taller and much faster than his 6-4 height, leads the SEC in most receiving categories.

The Facebook friends have been arch-rivals since they were in middle school, and this likely is their final amateur clash.

Nice venue, too. Jacksonville is more convenient for Summerville residents than either Gainesville or Athens.

"All the Fort Dorchester-Summerville games we played against each other, in football or basketball, were like the Florida-Georgia game," Dunlap said. "That's basically how it was, big-time athlete vs. big-time athlete playing for big-time schools."

"Just being in that game and being in that stadium, I can't compare it to anything else," Dunlap said. "It's a great game. The game itself gets you motivated. Just walking out in that stadium with all those fans, you know what's expected of you and what you expect from yourself."

Georgia is a mere 4-3. But the Bulldogs had a bye week while Florida struggled Saturday during most of its 29-19 victory at Mississippi State.

"Last year I was really nervous, hearing everybody talk about the Florida-Georgia game," Green said. "Going into this game, I'm calm and I'm just ready to play."

The Gators know Green is the key to the Georgia offense, as Tennessee showed in limiting him to 60 yards receiving in a 45-19 rout in Knoxville.

Ominously for Georgia, the Bulldogs lead the SEC in sacks allowed. Dunlap, widely criticized earlier this season for his erratic play, is coming off his best game of the year, a three-sack performance at Mississippi State. He has five sacks, second in the SEC.

"It just being the Florida-Georgia game gets me excited," Dunlap said. "Knowing A.J. Green is on their team and I have to get to the quarterback before they get him the ball, that's a flashback to high school days."

The man in the middle is Georgia quarterback Joe Cox. He hopes to avoid Dunlap and throw to Green. He better bring his quickest release to Jacksonville.

"(Dunlap) is a big guy -- he's strong and he moves very well," Cox said. "You can tell he wants to have a great year individually and he's having one. Their whole defense is good but he definitely stands out."

World-class athleticism is part of the Green vs. Dunlap saga. Dunlap returned a kickoff for a touchdown against Summerville while playing for Fort Dorchester. You should have seen them play basketball in high school; Green probably has All-SEC hoops talent and showed off his jumping ability last month with a game-saving block of an Arizona State field goal attempt.

"I saw the highlight," Dunlap said. "That looked like him."

Green sees plenty of Dunlap on TV, too, including his Most Outstanding Defensive Player performance in helping Florida defeat Oklahoma last January in the BCS Championship Game.

"He's really grown as a person," Green said. "In high school he kind of had an attitude, pretty much. But now, he's a good guy. Before I came to Georgia, he talked to me about how hard you have to work in the summer and how to get everything down pat to play right away."

Maybe the longtime rivals can work together someday, if an NFL general manager cooperates.

"That would be cool," Green said. "I've been playing against that guy since I was in sixth grade. I would see how big he was and say 'That guy is not my age.' "

Dunlap also warmed up to the idea.

"We've played against each other for so long, it would be great to play with him in the NFL," Dunlap said. "That's a guy I would want on my team."