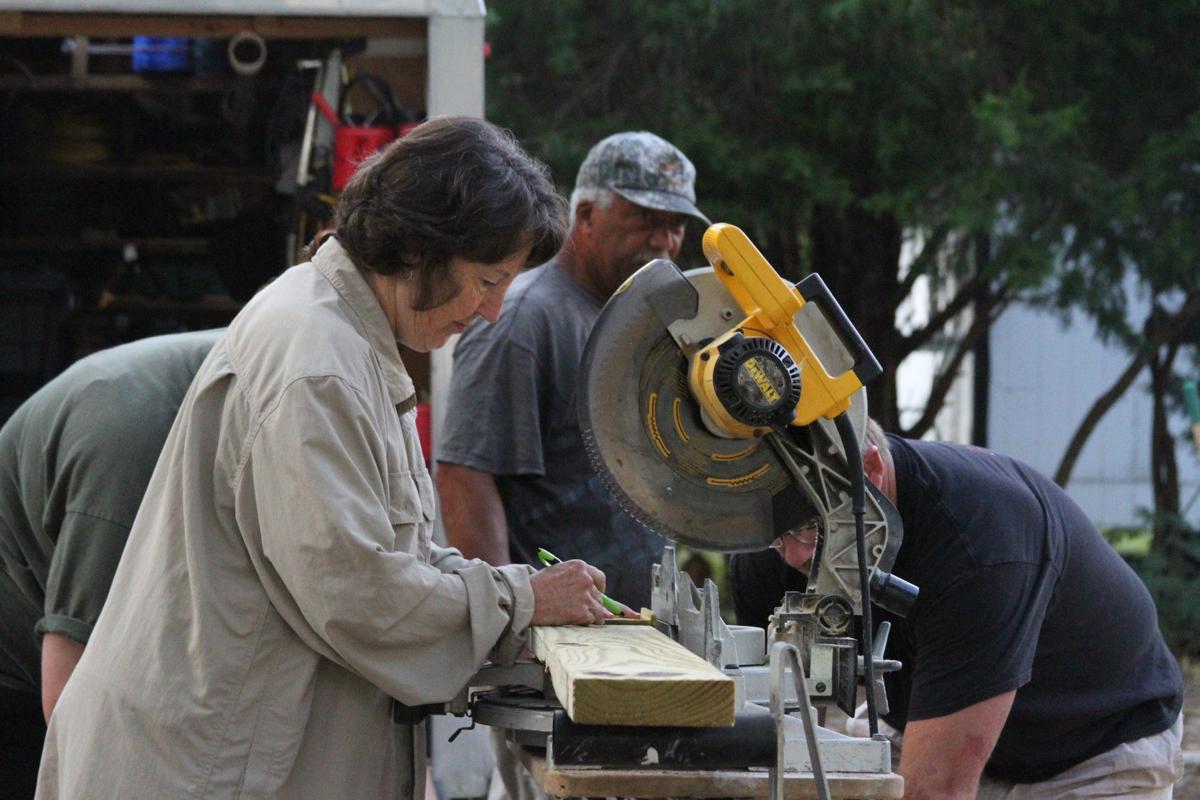 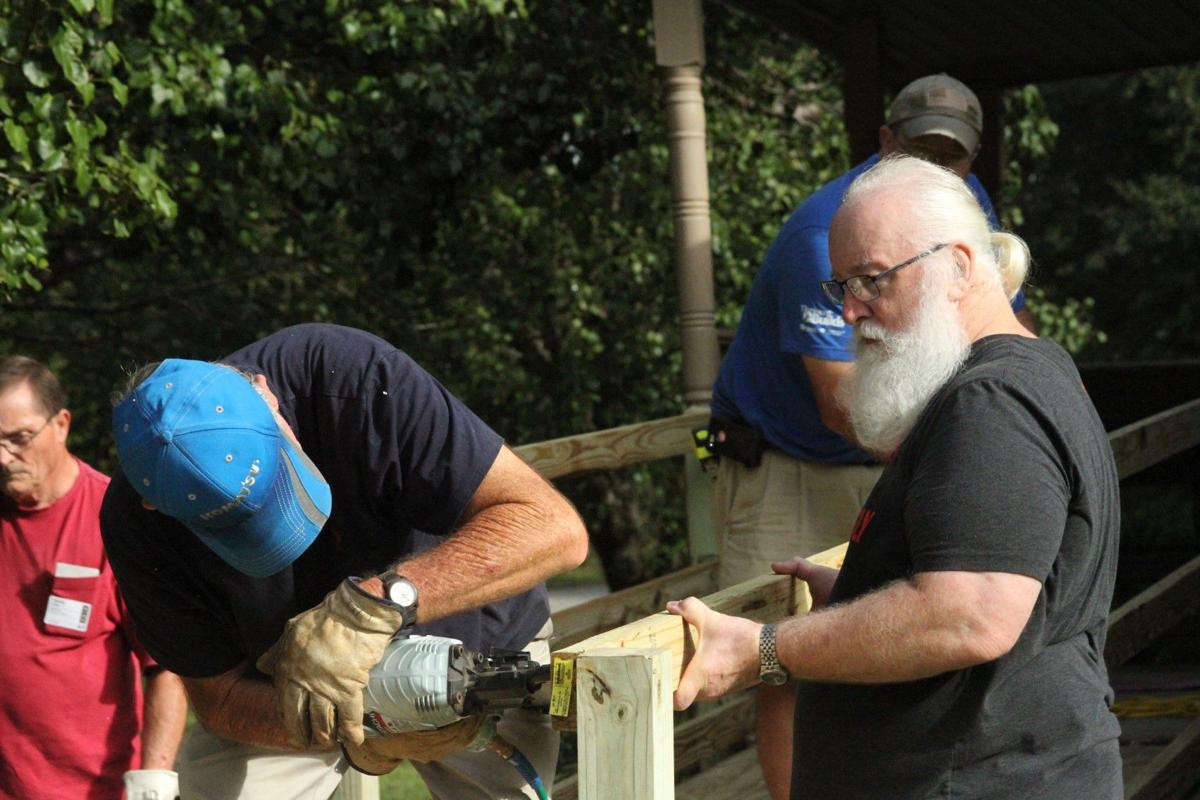 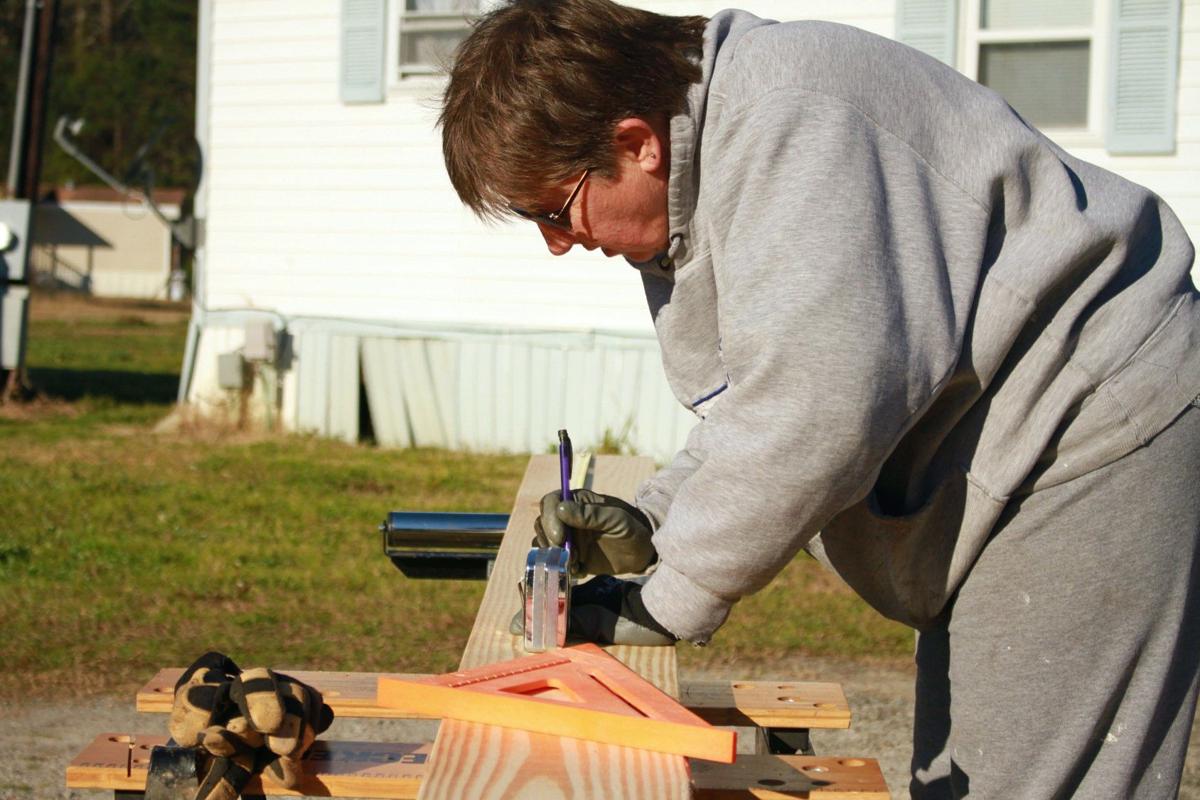 Development is booming in Berkeley County, but not everyone is living comfortably.

In Goose Creek, Carnes Crossroads is bringing 4,500 new homes to a community that also features coffee shops, an ice cream parlor and a pretzel store. In Moncks Corner, developers are planning a 250-unit subdivision on Stony Landing Road.

But several miles north in the county, in communities like Bonneau, St. Stephen and Alvin, many residents live in dilapidated trailers where rain trickles through cracked ceilings into living rooms.

Many homeowners choose between maintenance or paying the electric bill.

That's when Hope Repair steps in.

For the past nine years, the ministry — operated by Pointe North Church in Moncks Corner — has repaired more than 600 Berkeley County homes for residents who couldn't afford to repair cracked floors or holes in roofs.

“We believe we ought to spread the Gospel everywhere," said David Ensor, an associate pastor at the church. "There is such a critical need to help our brothers and sisters in Berkeley County. Especially when you get to the upper part of the county."

While many parts of county are being filled with new multi-family residences, many residents on rural roads are suffering.

Community leaders said this is no different than what happens in other parts of the nation. When development spurs throughout an area, the conditions in rural communities can be placed on the back-burner.

"When an area sees growth, poverty tends to be pushed out to the rural areas," said George Druyos, president for Habitat for Humanity of Berkeley County. "It's kind of out-of-site and out-of-mind except for those who are living it."

Ensor said the desire to serve comes from Jesus Christ's call to help those who are less fortunate.

"Scripture is very clear that we should help widows and orphans. Oftentimes, the individuals we help may not be a widow, per se, but a single mom. In today's society, a single mom is very much like a widow. As Christ followers, we are called to go help people."

The pastor has been repairing homes for 20 years. While serving at a United Methodist Church, he helped teenagers on summer rebuilding projects where they fixed up old houses.

He and his wife brought that idea to Pointe North and started the effort in 2009. The ministry started small, servicing only 12 homes in its first year. But last year, volunteers fixed up 90 houses in rural areas like Cross, Bonneau and Cainhoy.

Ensor would love to serve other counties but the ministry is fielding more Berkeley County requests now than it can keep up with. There are about 100 homeowners on the waiting list.

Hospice workers, health care nurses and nonprofits like Trident United Way send recommendations to Hope Repair. After conducting a site visit, Ensor prioritizes the homes based on their condition.

Two Saturdays every month, more than 100 volunteers replace light fixtures and fix ceiling holes and other forms of maintenance.

The ministry is funded by donations from business, individuals and the church. Other congregations also lend support.

Ensor said the ministry only helps those who cannot help themselves.

Moncks Corner's Rosa Harmon is one resident who's benefited. Her husband died several years ago and she did not have the money to fix her floor. Water also leaked through her ceiling when it rained. Hope Repair volunteers who fixed up her house also built a wheelchair ramp.

"No rain is falling on me," Harmon said. "(Hope Repair) enabled me to stay in my home."

Nonprofits like Habitat for Humanity of Berkeley County build new and affordable houses for homeowners living in dilapidated conditions. But because they're not staffed to a level where they can conduct house maintenance, they often forward clients to Hope Repair.

Druyos said that while there is at least one other house redevelopment initiative in Berkeley County, they are not servicing nearly as many residents as Hope Repair.

“It's a true blessing for those people," Druyos said.

Pointe North does other mission work, as well. Their food pantry is open weekly for those in need. They're also planing mission trips where they'll spread the Gospel in Mexico and Honduras.