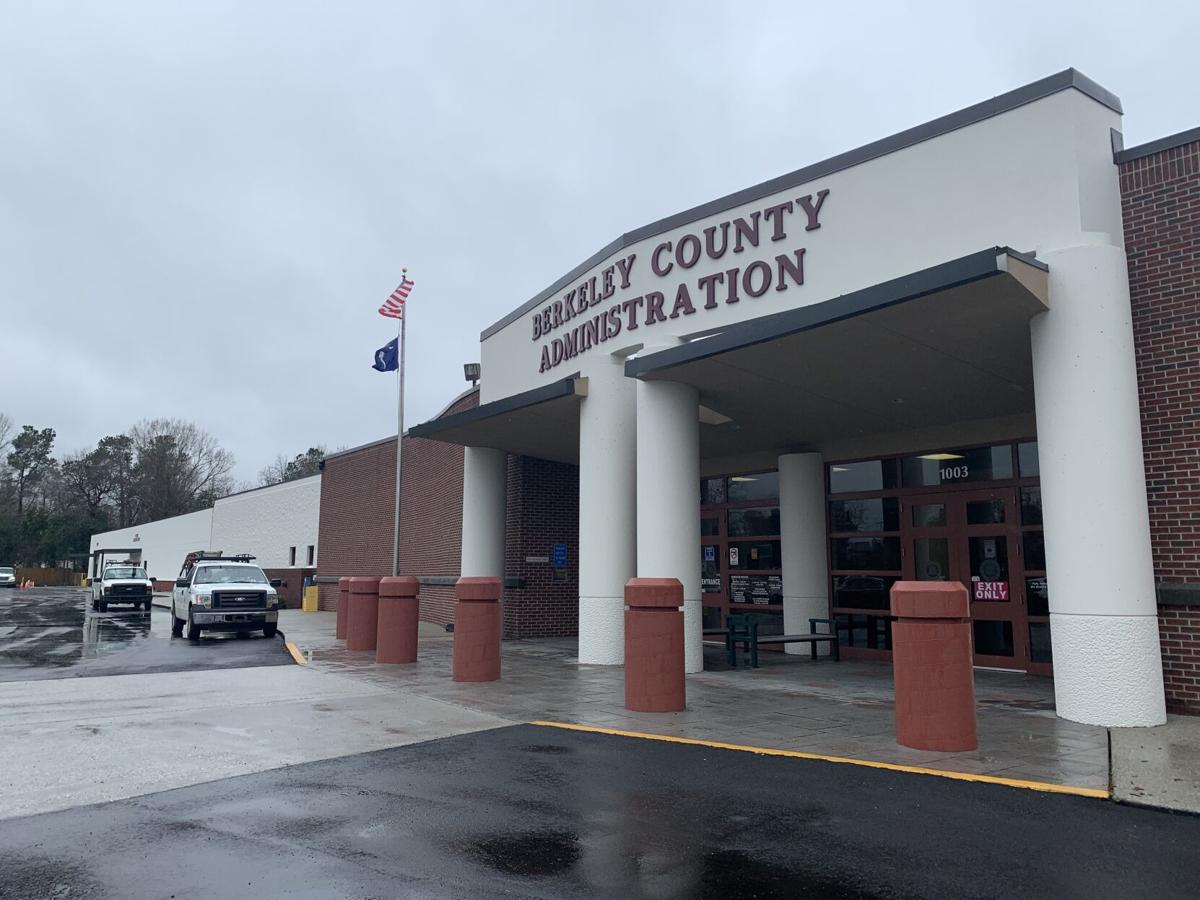 MONCKS CORNER — Natalie Forrester has always dreaded going to the S.C. Department of Motor Vehicles office here to get her license renewed.

Most of the time, Forrester would have to pay her county property taxes first to get her license updated, but that office was located in another building across town. Like many residents of Berkeley County, Forrester felt like she was forced into a run-around, going from building to building to get her business completed.

That should change soon for many.

The county on Feb. 22 will open its new $9 million County Administration Building expansion during a ribbon-cutting ceremony. The new space will consolidate several county and state departments and offices into one 36,000-square-foot structure at 1003 U.S. Highway 52 in Moncks Corner.

The current County Administration Building has been in its location since 2005. Berkeley County purchased the former Food Lion building in 2014, two years after the supermarket closed. The expansion will move the following departments to the administration building:

“It was always such a pain to have to go from one building to the next to get everything done,” Forrester said. “It could take you all day to get finished. So I’m excited that this new building will streamline that process.”

While most of the departments have already moved into their new space, the Moncks Corner DMV branch isn’t scheduled to be open until this summer.

Despite one man's fight, Cainhoy's 'Meeting Tree' comes down

The project has been years in the making. Engineering and design began in July 2019. The project’s construction contract was awarded to Choate Construction in April 2020. The total cost of the project is approximately $9 million, funded by the county’s 2016 General Obligation bond.

The county has done some work in-house, keeping construction costs low while also minimizing impacts to the public.

“The project will create a one-stop-shop for Berkeley County citizens,” said County Supervisor Johnny Cribb. “It’s really going to be a much improved venue for our citizens to go and do their business. The DMV and voter registration offices are going to be the most public components, and this will make that experience a lot more efficient.”

The county had originally planned to build a $5 million stand-alone 911 Call Center, along with a $4 million Emergency Operations Center on top of the $9 million expansion to the administration building, for a total of $18 million.

The $9 million savings from combining those projects into one went into: a new forensics building for the Sheriff’s Office, which opened last month; a new animal control center, slated to open this summer; and a new EMS/Sheriff’s Office that will be built in the southern part of the county in the coming years.

“The money we saved went into other capital projects that the county desperately needed,” Cribb said.

More than 100 employees from the county departments will move into their new locations in the coming days.

“We had some facilities that were just not up to par, not just for the public, but for the people that work in those buildings,” Cribb said. “The new expansion is nice, but it’s not a Taj Mahal. It was designed and built like we were spending our own money and not the taxpayer’s money.”

The expansion offers additional workspace and room to grow, along with improved technology — including better phone, internet and radio connectivity, and enhanced public safety. The 911 Center and Emergency Operations Center are rated to withstand a Category 5 hurricane.

“Having a hurricane-proof 911 Call Center and Emergency Operations Center is a game changer for the county,” Cribb said. “It gives us piece of mind that we didn’t have before. It’s got triple fall-safe redundancies, so during a major event we can still communicate with our public safety components and the public.”

The new 911 Center also includes a "quiet room" for dispatchers to relax and sleeping quarters for employees to utilize in the event of an emergency. Additionally, each dispatcher workstation is equipped with special lighting to allow supervisors to watch how long a dispatcher has been on a call.

The added space at the voter registration office allows room for three additional workspaces for employees and eight more workstations for absentee voting.