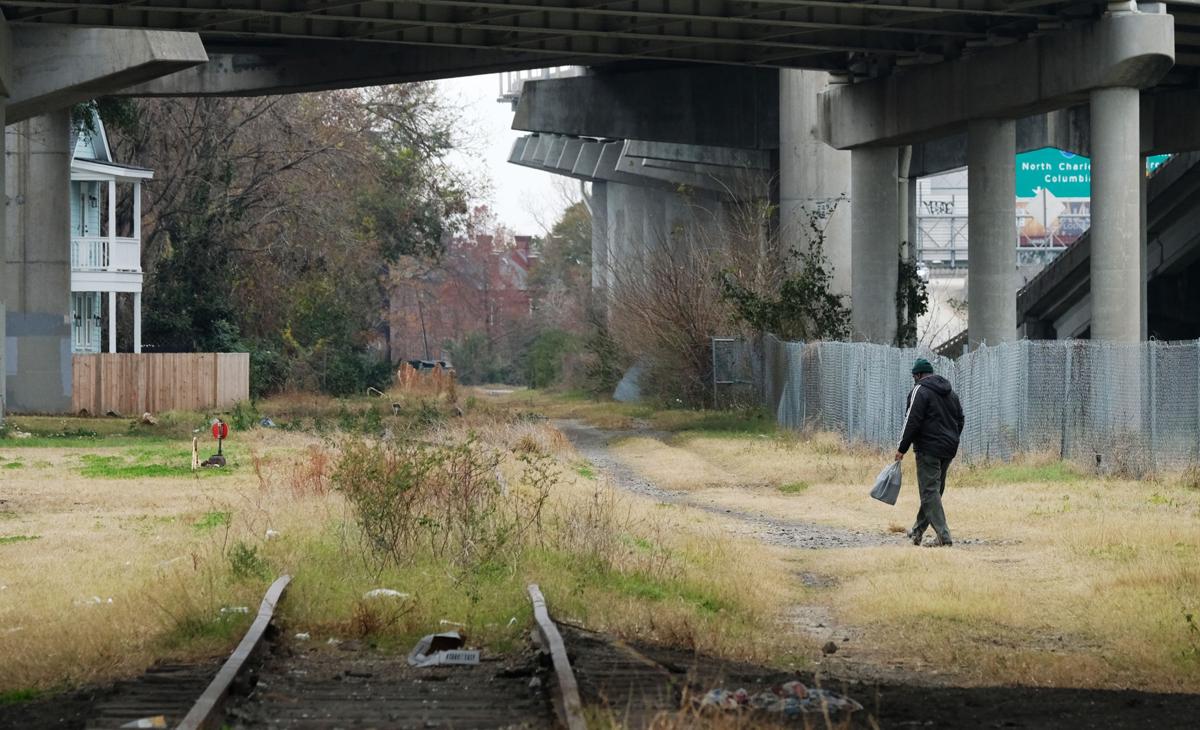 Charleston announced the purchase of a 1½-mile railroad right of way on the upper peninsula on Thursday, Dec. 28, 2017. The property will become part of the Lowcountry Lowline to create an urban park with a pedestrian and cycling path. File/Matthew Fortner/Staff 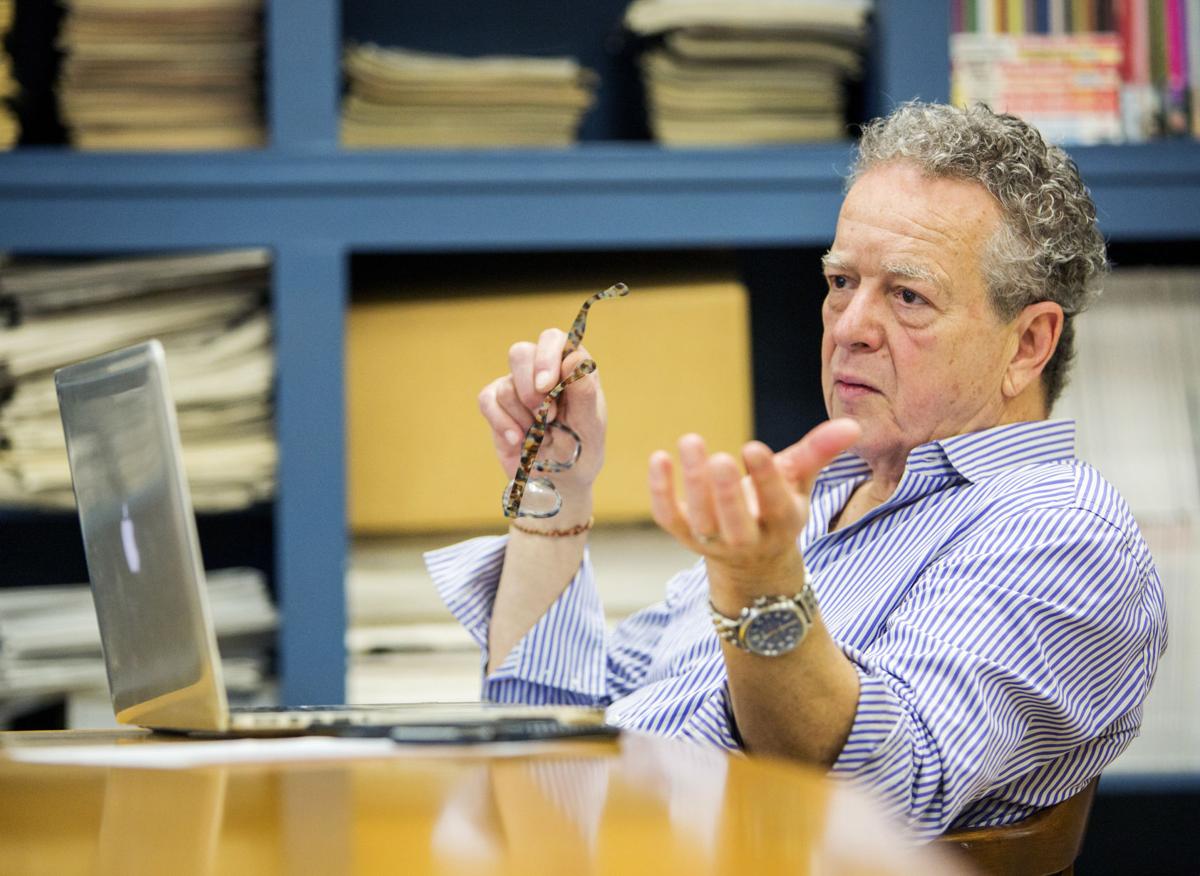 Tom Bradford talks about the Lowline project during an interview at The Post and Courier on Tuesday, Feb. 11, 2020, in Charleston. Gavin McIntyre/Staff 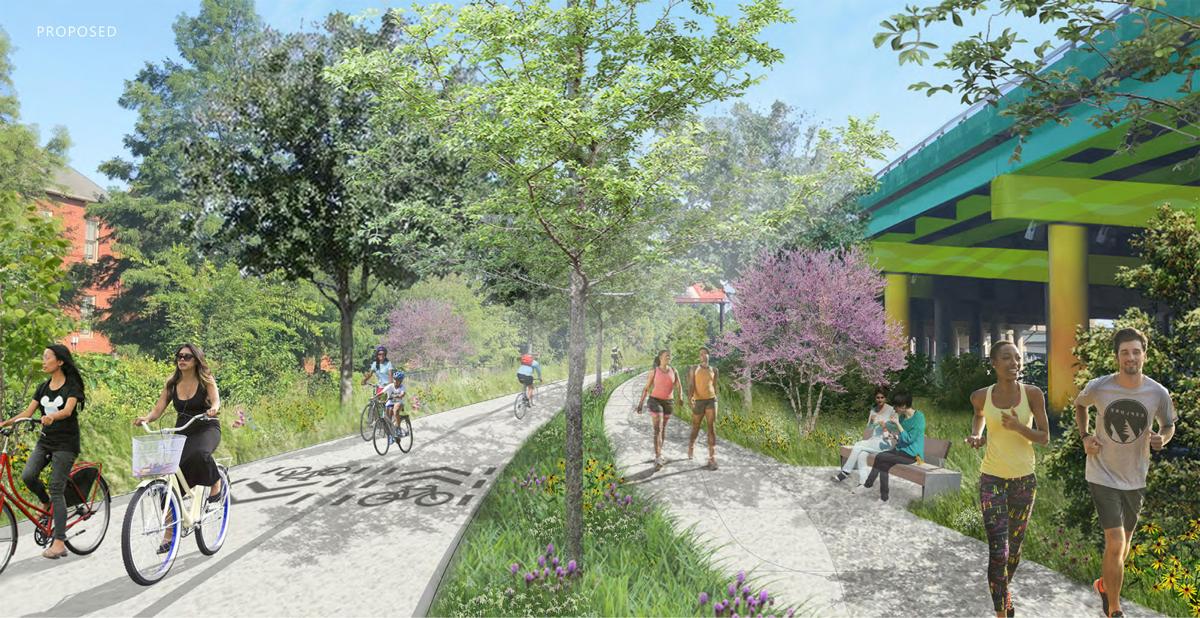 A proposed rendering of the future Lowcoutry Lowline. Friends of the Lowline/Provided 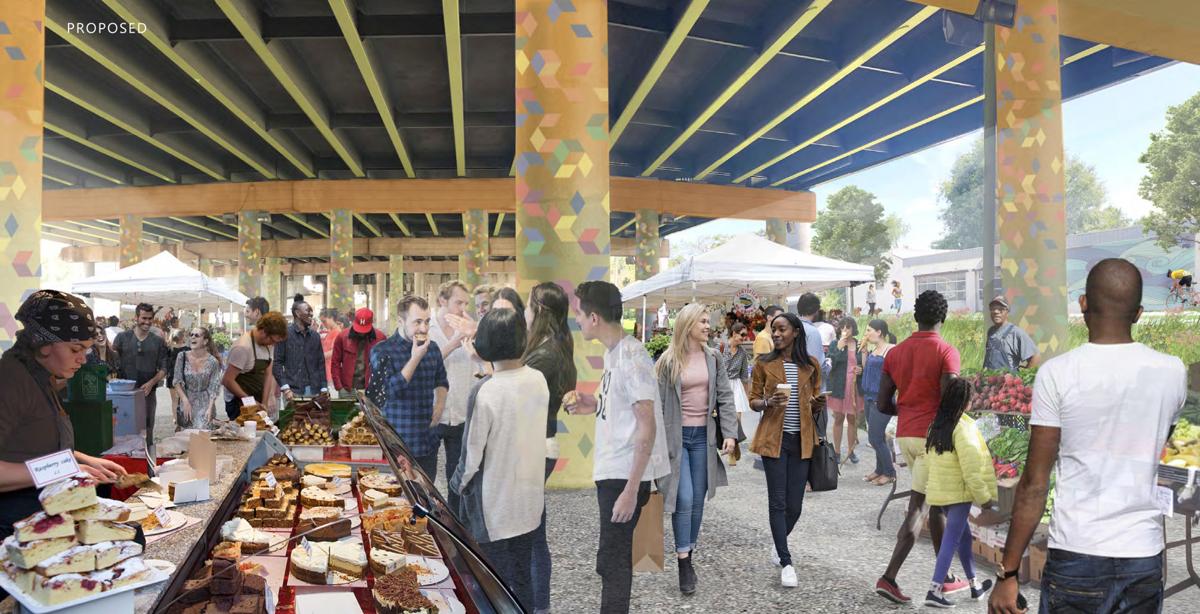 A rendering of the proposed look of the Lowcountry Lowline "Columns" between King and Meeting streets, in the area of Poplar, Simons, Indian and Riker streets. Friends of the Lowline/Provided

A rendering of the proposed Poinsette Park, between the Septima Clark Parkway and Interstate 26 ramps, for the Lowcountry Lowline project. Friends of the Lowline/Provided 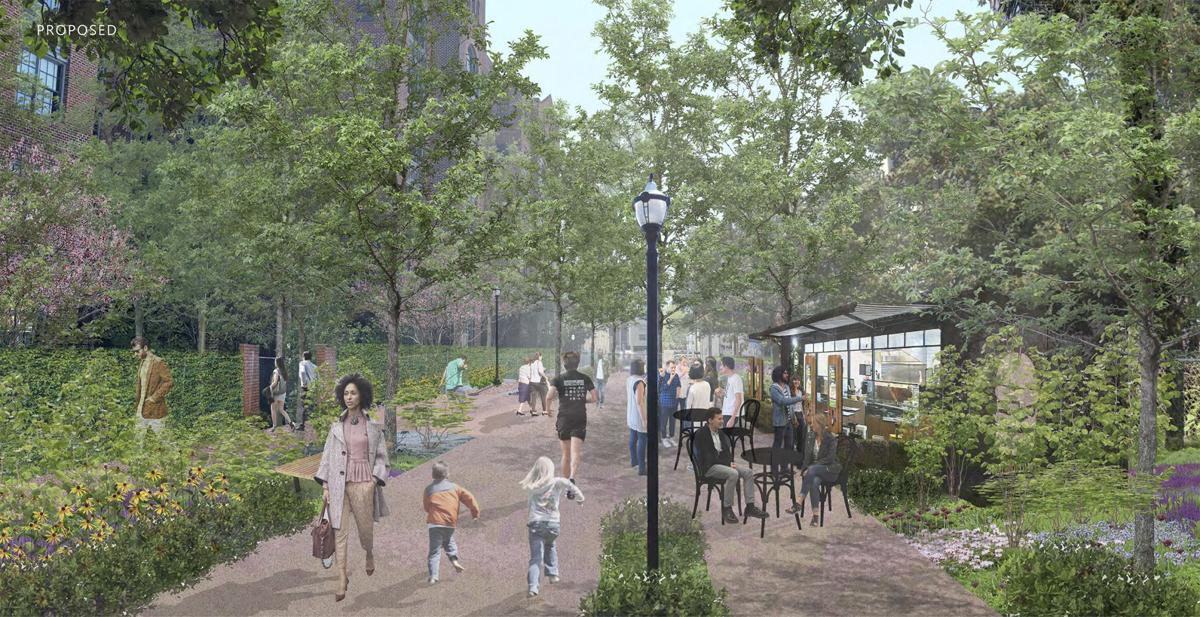 A rendering of what the Lowcountry Lowline could look like in the area between Line and Columbus streets. Friends of the Lowline/Provided

Charleston announced the purchase of a 1½-mile railroad right of way on the upper peninsula on Thursday, Dec. 28, 2017. The property will become part of the Lowcountry Lowline to create an urban park with a pedestrian and cycling path. File/Matthew Fortner/Staff

Tom Bradford talks about the Lowline project during an interview at The Post and Courier on Tuesday, Feb. 11, 2020, in Charleston. Gavin McIntyre/Staff

Those hoping to shape the future of the Lowcountry Lowline urban park say they are ramping up their efforts.

The nonprofit Friends of the Lowline and the city of Charleston purchased 1½ miles of railroad — from Mount Pleasant Street to Woolfe Street — in the middle of downtown over two years ago. They named it the Lowcountry Lowline, nodding to New York City's High Line elevated park built on a former railroad bed running along Manhattan’s lower west side.

Little has changed since the city and nonprofit paid Virginia-based transportation company Norfolk Southern Corp. $4.84 million for the property in December 2017.

On Tuesday, three members of the Friends of the Lowline met with a Charleston City Council committee to lay out their vision for the space with renderings and ask for further assistance from the city. In a presentation, they showed proposed renderings of the space.

Scott Parker, a founding member of the group who gave the presentation to City Council’s Recreation Committee, said that as part of the purchase agreement with the city, this year’s $150,000 commitment will be money well spent.

"The opportunities for Charleston are profound," Parker said.

The $150,000 funding request was not approved during Tuesday's meeting. Councilman William Dudley Gregorie, who chairs the Recreation Committee, said the request will be reviewed by the City Council and mayor.

Between Line and Columbus streets, one rendering shows a walking path and a bike-dedicated path, while another image shows a single lane path with concession stands and a seating area.

North of Huger Street, with Interstate 26 on the right, a rendering shows a separate walking path and a bike-dedicated lane. Looking south toward Line Street, one image shows a circular path with green space in the middle, a covered pavilion or stage on one side.

The city has hired S&ME Inc. to conduct environmental testing of the area. Those results are expected by June.

In the meantime, the nonprofit's leaders are looking for feedback on their proposed renderings of the parcel. Tom Bradford, one of the group's members, told The Post and Courier that for the next few months members plan to attend neighborhood meetings.

Bradford said it was difficult for the group to come up with a price for their plan and that the nonprofit has hired Charleston-based Kimley-Horn planning and design as the engineering firm and a municipal finance expert with Municap.

Bradford said that in the next two years the southern portion of the Lowline — from Marion Square to Line Street — should be completed and that a vision should be established for the area north of Line Street.

The city purchased properties on F and H Streets on the West Side to build 50 to 60 affordable housing units. The city selected The Michaels Organization of New Jersey as the developer.