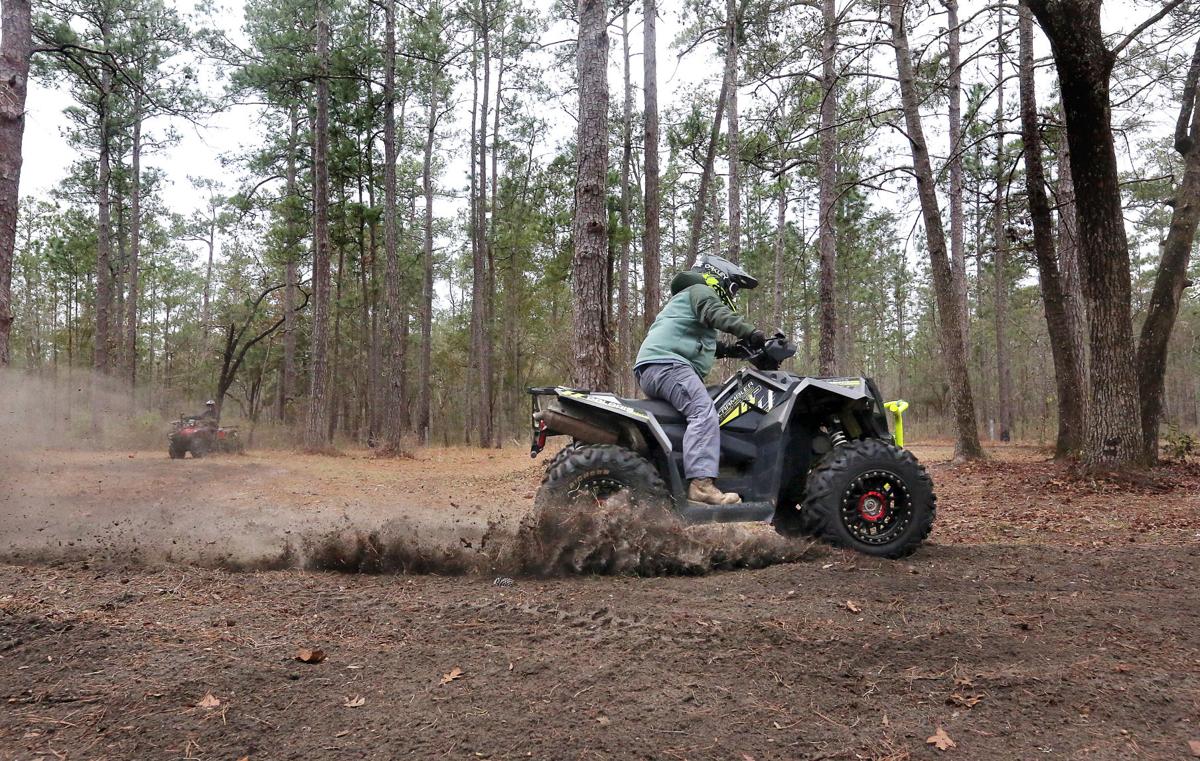 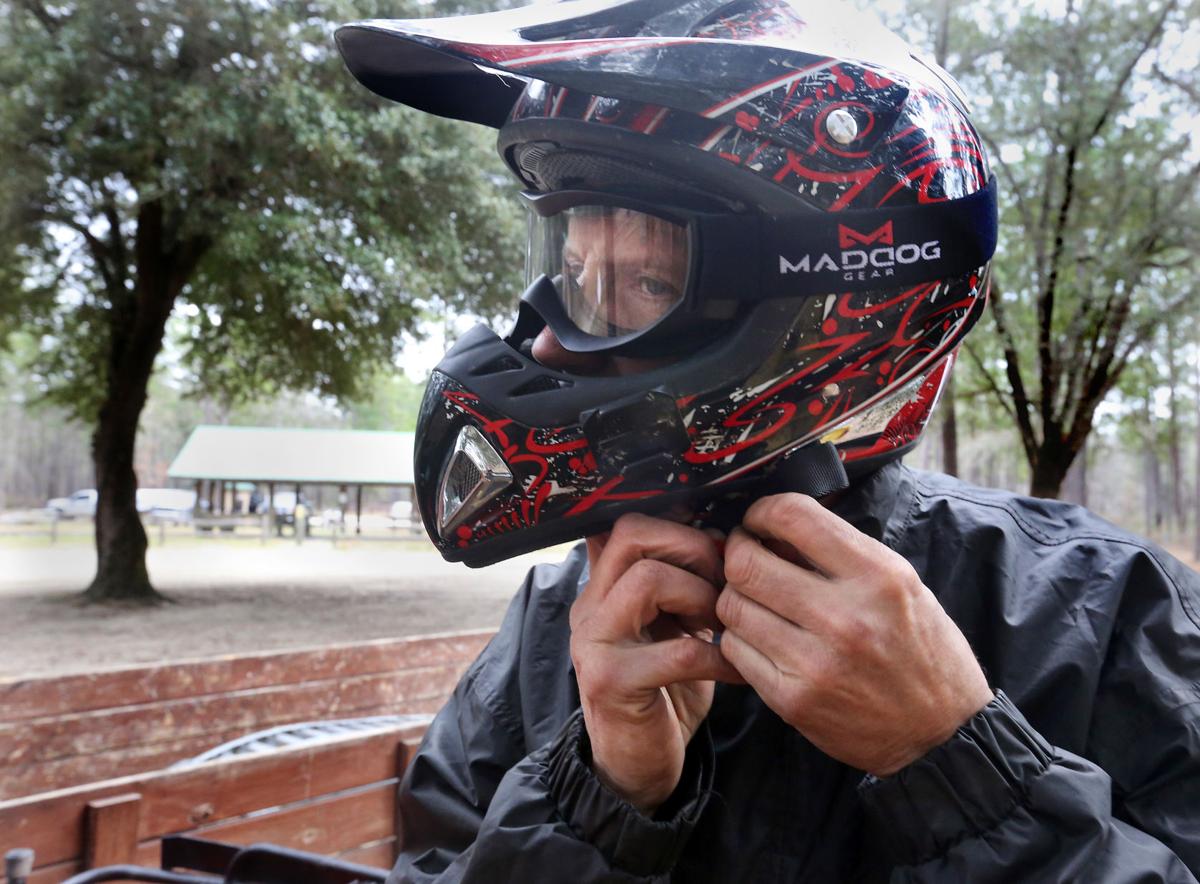 Rick Nelson puts on his helmet and goggles before he and his friend David Paulson ride their ATVs Sunday, Feb. 16, 2020, at the Wambaw Cycle Trail. Brad Nettles/Staff 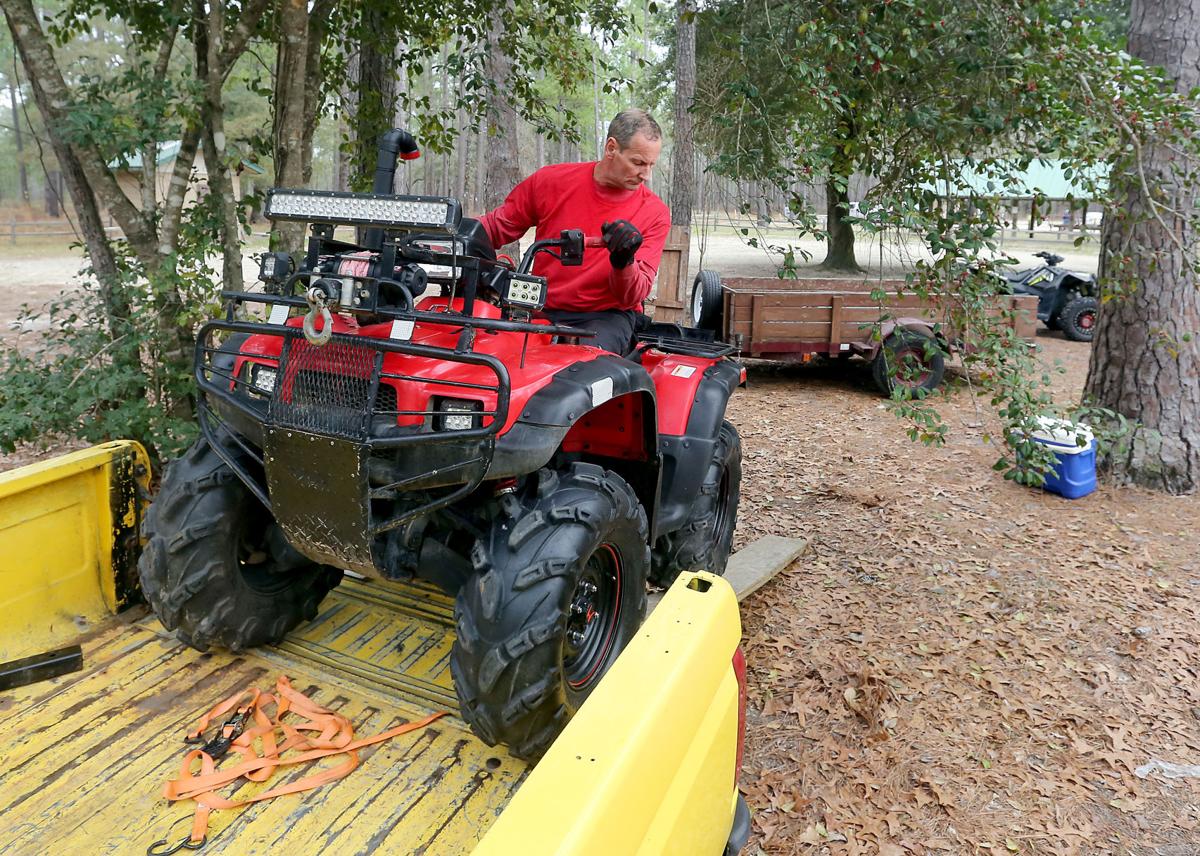 Rick Nelson back his ATV off his truck as he prepares to go riding Sunday, Feb. 16, 2020, at the Wambaw Cycle Trail located in the Francis Marion National Forest. Brad Nettles/Staff

The number of people killed in South Carolina while riding all-terrain vehicles has remained virtually unchanged during the 10 years ending in 2018 at just over 10 per year — a relatively low number compared with other states in the Southeast but still more than observers would like to see, an analysis of data by The Post and Courier has found.

The unchanged numbers come despite the best efforts of state and federal regulators and industry leaders to reduce accidents and deaths and protect ATV riders through rules and education. Children continue to account for about one-fifth of those killed on ATVs across the country.

While South Carolina numbers have remained steady, the number of deaths nationwide have declined in the same period.

As South Carolina's population increases and more people take up power sports like ATVs, authorities say preventing further deaths can be as simple as following the rules of ridership on the four-wheel vehicles and heeding safety warnings.

Rick Nelson, who owns a North Charleston auto repair business and has been riding ATVs for about seven years, said he sometimes sees people riding without helmets, other safety equipment or on streets.

"They're gonna regret it," Nelson said. "Almost all the fatal accident have been (because of) no helmet."

Nearly all the fatal crashes he hears about happen on private land or to people riding on public streets, he said. ATVs are not designed to be operated on paved roads and put riders and others drivers at risk.

"Depending on the vehicle you're riding, boots are important," Nelson said. "You should always wear a helmet. That's the main thing. Make sure your machine's in working order. Go out and have fun, but be safe."

According to the U.S. Consumer Product Safety Commission, which tracks ATV-related deaths, South Carolina had 222 such fatalities from 1982, the first year for which data is available, to 2018, the most recent year — an average of 6.1 deaths per year.

In the decade between 2009 and 2018, South Carolina recorded 106 deaths, a rate virtually unchanged from the decade prior, which saw 104 deaths, according to the agency. From 1982 to 1999, the earliest period for which data is available, there were 21 ATV-related deaths in South Carolina, an average of just over one per year.

South Carolina continues to have fewer deaths than neighboring states since the recordkeeping began. From 1982 through 2018, North Carolina recorded 526 deaths and Georgia had 439. Tennessee noted 604 ATV deaths, and Florida had 629.

But the most deaths over that period were reported in Texas, where 893 people died. Fewest deaths were in Delaware, where 11 people were killed on ATVs. In addition, six died in the District of Columbia and five in Puerto Rico.

Available data did not break down how many children were among those killed in South Carolina, but nationwide about 20 percent of all ATV deaths are children 16 or younger, according to the safety commission, and about half of those are children under 12.

Head injury killed McClellanville teen after ATV fell on him

During that period, preteens accounted for nearly half of the under-16 child deaths on ATVs — 1,465, or 44 percent, were under 12. In 2016 alone, 29 preteens were killed in ATV accidents across the country. They accounted for 45 percent of the 65 children under 16 who were killed that year.

Despite these statistics, industry experts say great strides have been made in shoring up safety standards and that higher numbers could be attributed to increased ridership rates.

"The trend has certainly improved over time," said Tom Yager, vice president of the ATV Safety Institute. "What the information shows us is that safety issues really come down to behavior."

In the past 20 years, states have enacted laws mandating wearing helmets, supervising young riders, banning ATVs from roads and using the proper-sized vehicle for the rider's ages, Yager said.

"There's some things that people don't realize with respect to age and size (of ATV)," he said. "Youth models incorporate additional safety features, like speed limiters, that aren't incorporated into adult models."

In 2011, South Carolina passed Chandler's Law. The bill was named after Chandler Saylor, a 16-year-old from Swansea, south of Columbia, who was killed while riding an ATV in May 2003. The law put minimum age requirements in place for ATV ridership and mandated safety training for riders under 15.

In the period before the law was passed, from 1982 to 2011, federal government statistics show South Carolina had a total of 149 ATV-related deaths, an average of 5.13 deaths per year. Since then, ridership has grown along with the state's population and there's been an average of 10.8 deaths per year. That is in line with the number of deaths over the two decades ending in 2018.

"Looking at this from a regulatory standpoint, we're seeing that continuing to improve, which is great," Yager said. "Millions of people enjoy this form of recreation. Anything that we can do that puts helmets on kids and gets them supervised while riding is helpful."

Preventing injury or death boils down to following the Safety Institute's eight "Golden Rules," he said.

Rules and regulations continue to evolve in an effort to make ATV riding a safer experience, Yager said.

For example, since 2007, all ATVs must have age labels that let consumers know which vehicle is right for them or their child, he said.

"It boils down to adherence of the golden rules," Yager said. "It's when you don't have that when the problems occur."