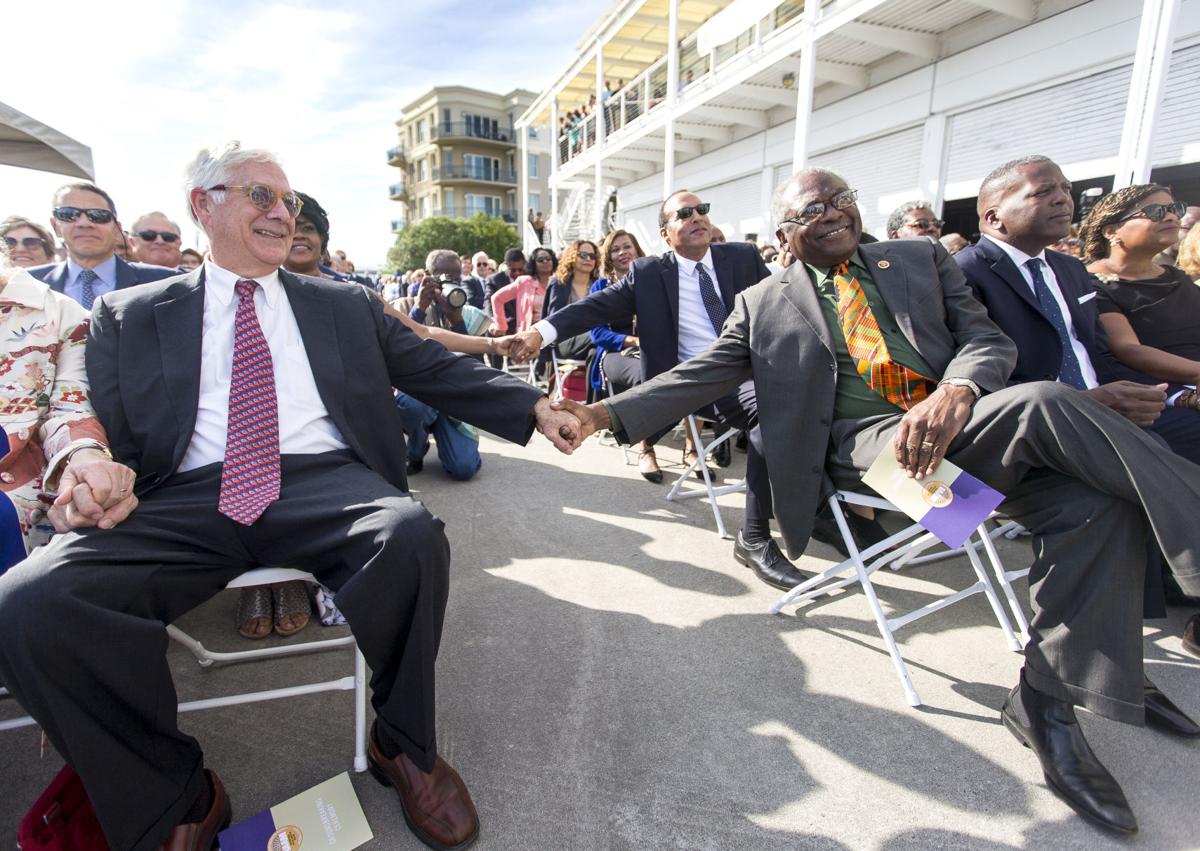 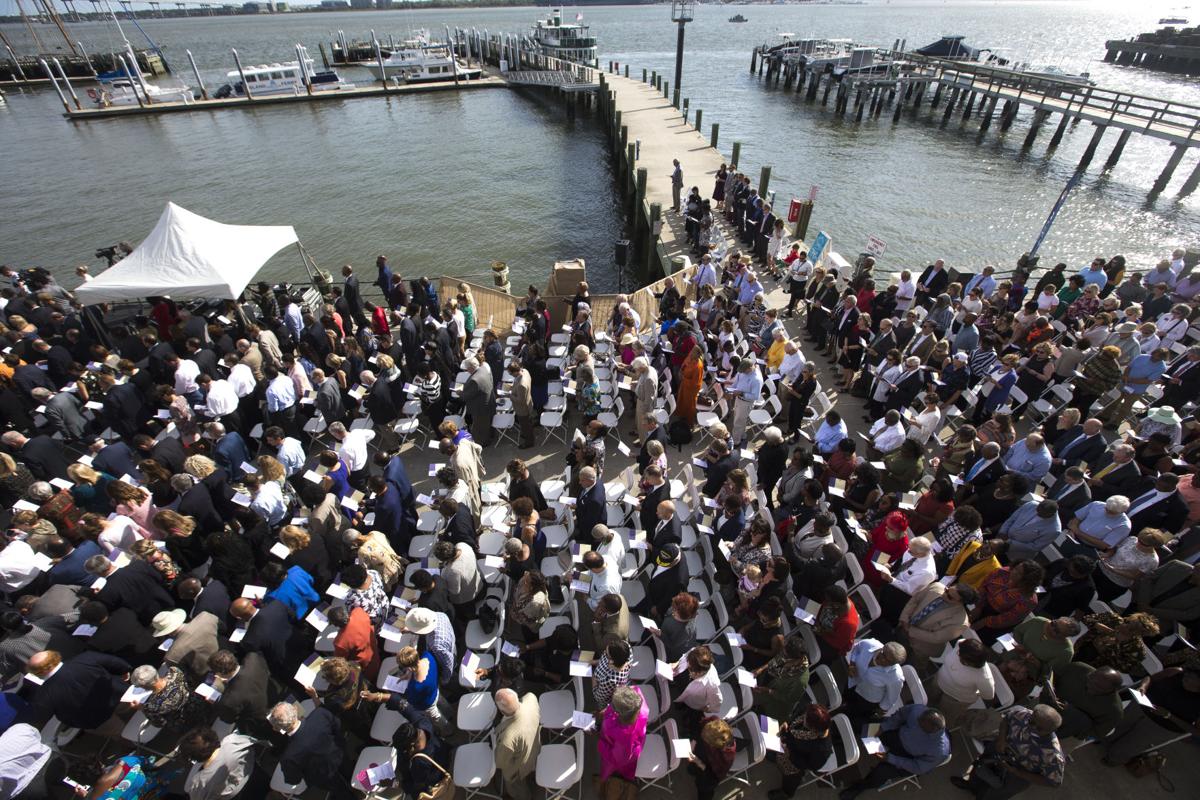 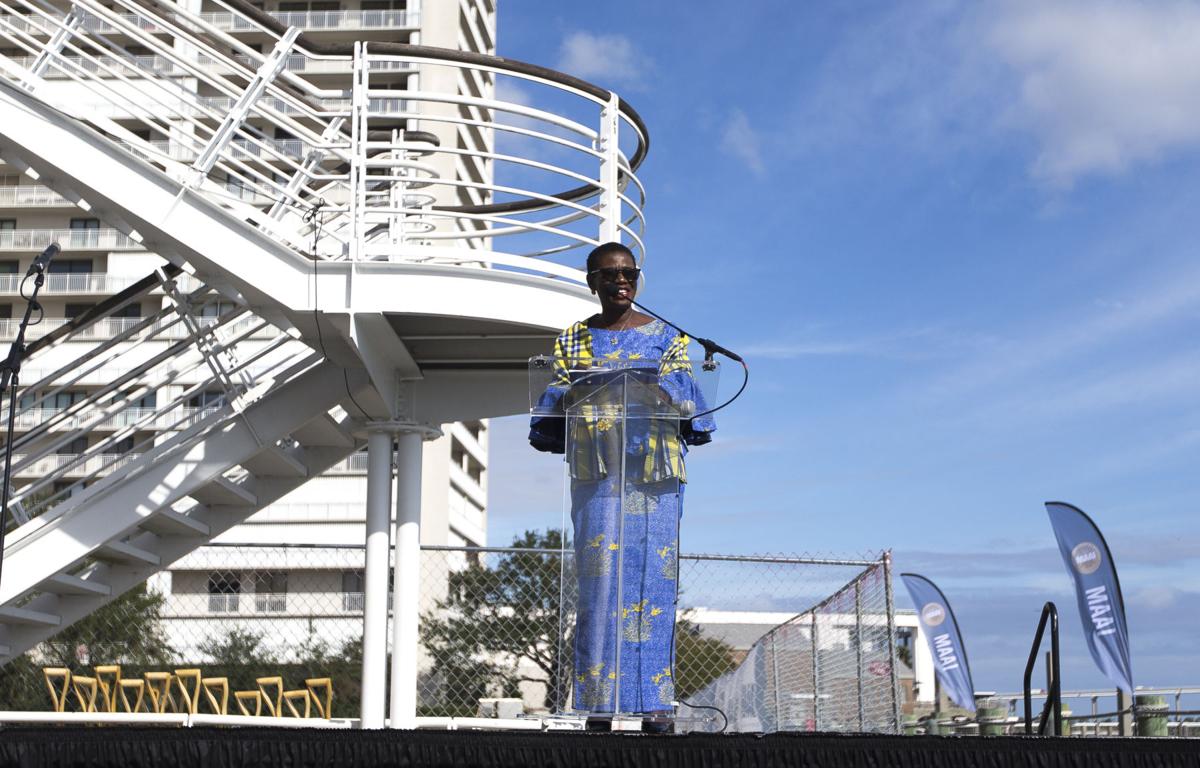 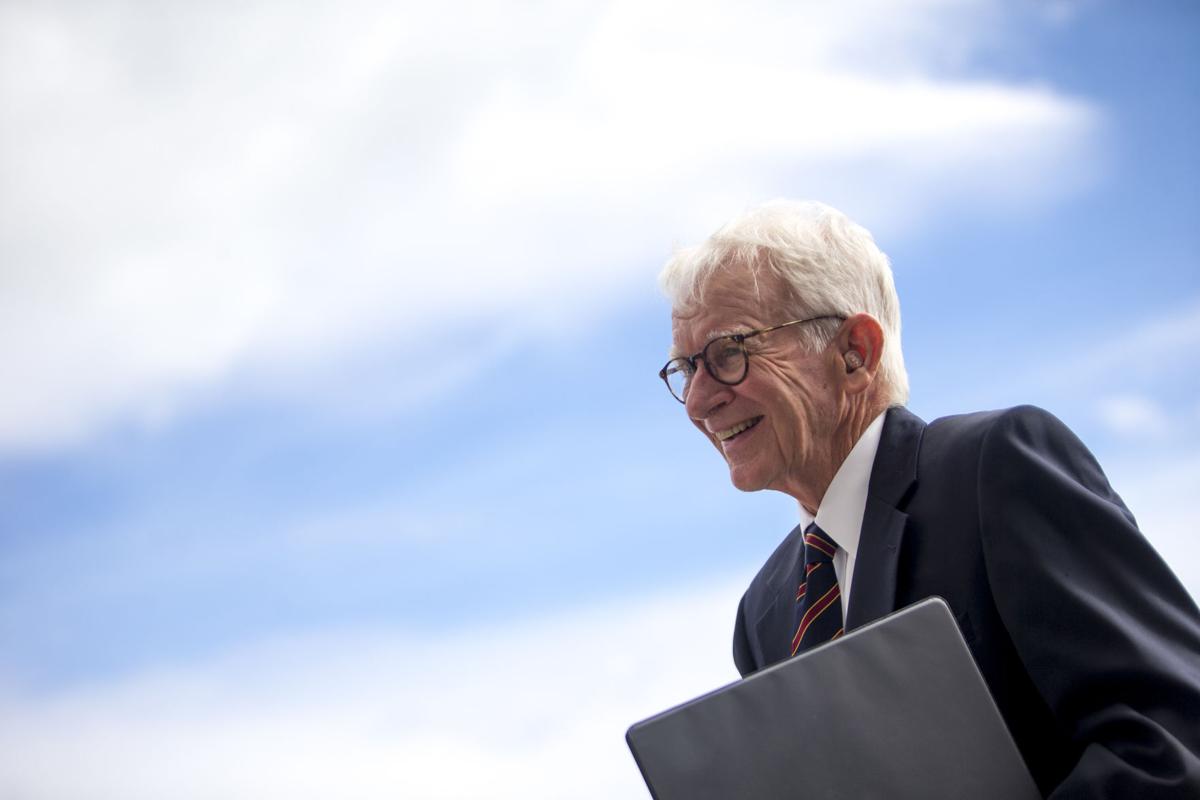 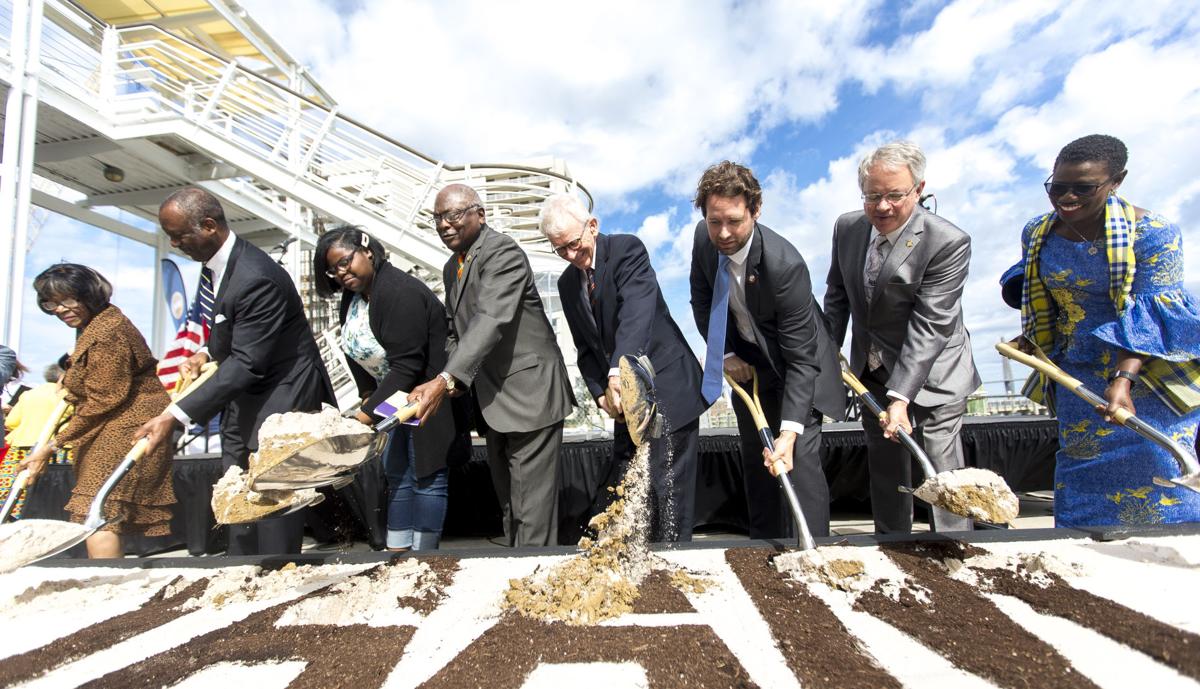 When Charleston broke ground Friday on the International African American Museum, the people who helped to plan it, fund it and inspire it agreed that the now-rising institution has a difficult but critical task.

It needs to get the history right.

Mayor John Tecklenburg described the museum as Charleston's "newest and perhaps most historic structure." Proposed and championed by his predecessor, then-Mayor Joe Riley, it's taken about two decades and $100 million to get to the groundbreaking.

The museum is being built on a city-owned waterfront lot which was proven to have been part of Gadsden's Wharf, a major point of entry for enslaved people in the United States.

That site and the suffering it witnessed has been invoked many times during the planning of the museum, and it was emphasized again during Friday's ceremony, when about 750 attendees packed in front of the Charleston Maritime Center, just next to the fenced-off museum grounds.

The programs given to attendees listed all of the more than 2,000 donors who contributed to the museum over the past two decades, ranging from the largest private donation — a $10 million gift from the Indianapolis-based Lilly Endowment — to contributions of less than $50.

The about 90-minute program featured remarks from museum leaders and politicians, including Gov. Henry McMaster and U.S. Rep. Joe Cunningham, who represents South Carolina’s 1st Congressional District around Charleston. Other people connected to the project were included, too, such as Yvonne Aki-Sawyerr, mayor of Freetown, Sierra Leone.

In addition to recently forging a sister-cities partnership with Charleston, Freetown also hosted members of the IAAM staff earlier this year, and a possible artifact exchange between the museum and the city has been discussed.

Freetown is just a 35-minute boat ride from Bunce Island, where the remains of a British slave fort still stand. Many of the West Africans who boarded slave ships from Bunce Island landed in Charleston, Aki-Sawyerr said.

"This story is not relevant just to this side of the Atlantic," she said about the histories the IAAM has said it will tell. "It's a story that the world needs to hear."

Acting CEO Bernard Powers, a longtime IAAM board member and College of Charleston professor, also addressed why the museum's name includes the word "international," starting with the diversity among the Africans who were enslaved and extending around the world to communities founded by freed people who left the United States.

"The stories are hemispheric, they're Atlantic and they are indeed global," Powers said.

McMaster said he applauded the museum's intent to a tell a full history of African Americans in South Carolina, saying that the "only bad truth is a half truth."

Riley described the difficulty of the 20-year effort leading to Friday's groundbreaking.

"We had so many roadblocks, but you never relented," Riley said to the crowd.

Riley's remarks were followed by a keynote from House Majority Whip Jim Clyburn, who was the IAAM's first board chair.

Clyburn shared the stories of two men who he said are representative of the people whose stories should be told at the IAAM: Robert Smalls and late Rep. Elijah Cummings.

Robert Smalls, Clyburn said, was "the most consequential South Carolinian to ever live."

Pointing out at Charleston Harbor, Clyburn recounted for the crowd how Smalls had stolen a Confederate ship from that harbor and turned the vessel in to the Union Navy in exchange for his freedom.

Smalls also personally lobbied for the Union to start enlisting black soldiers and, during Reconstruction, served multiple terms in the U.S. House of Representatives.

Cummings, who became the first African American lawmaker to lie in state in the Capitol this week, was the son of sharecroppers from South Carolina.

"We were under some vicious attacks for even contemplating doing this," Clyburn said, recalling the earliest years of the project. "I knew that we needed to do this for people like Elijah Cummings."

A local group that goes by "Citizens Want Excellence at IAAM" has urged the museum organizers to tell a story that extends well beyond enslavement. They've also asked that the museum start a citizen advisory board or other mechanism for local descendant communities to weigh in on what histories are being told in the museum.

Local historian Millicent Brown, who held the group's slogan "Not About Us, Without Us" on a poster outside the groundbreaking, said that request hasn't been answered. Getting the history right, she said, means getting more local voices at the table.

There are still at least two years to go before visitors will step inside the IAAM. The projected opening date is set for late 2021.

Construction work, which started about two months ago, will continue. Exhibit designs and content have to be finalized, and artifacts selected and acquired. The museum's board has also been tasked with finding a new CEO. Powers has been acting in an interim capacity since the museum's first CEO, Michael Boulware Moore, stepped down in early August.

There is a lot of work ahead, IAAM board Chairman Wilbur Johnson said. He, too, talked about the work of telling African American stories in the right way and trying to deliver justice to people whose history has been repressed.

"That is a monumental task, but it's an important task, and we're committed to it," he said.