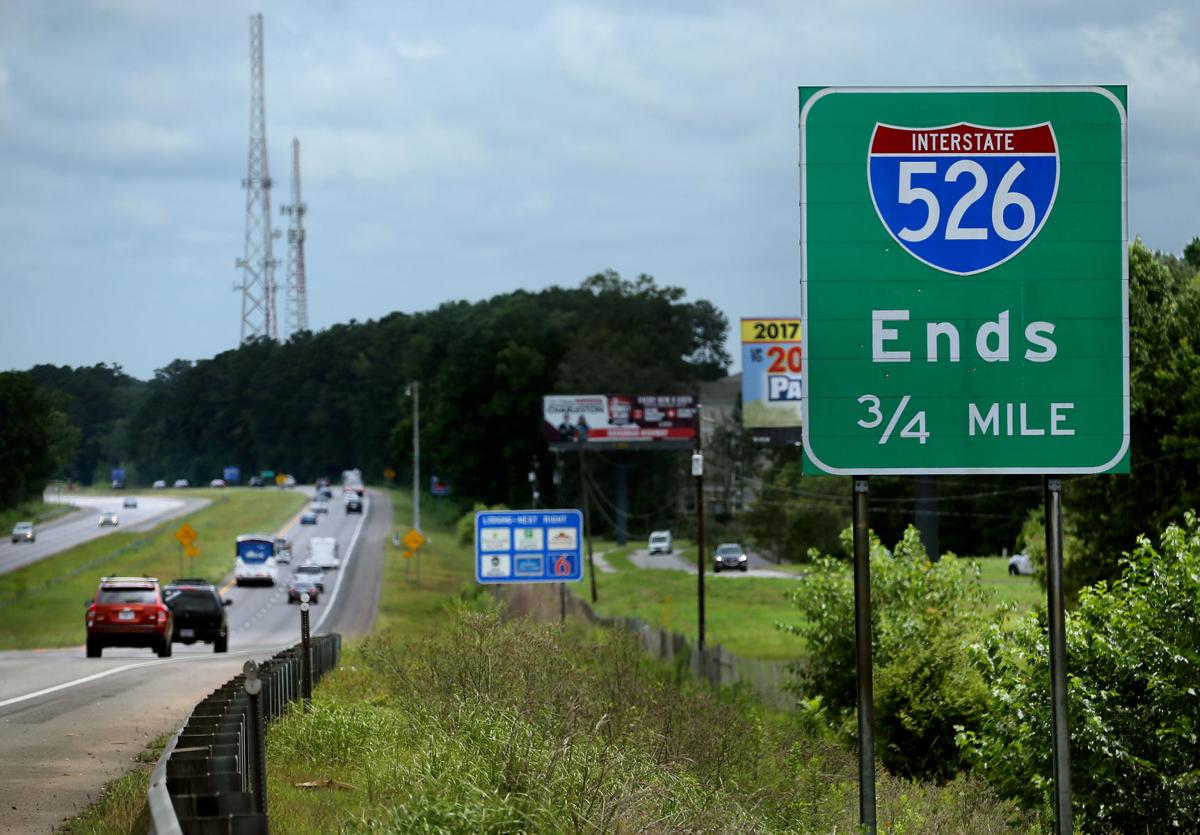 A sign warns of the end of Interstate 526 in West Ashley. File/Grace Beahm Alford/Staff 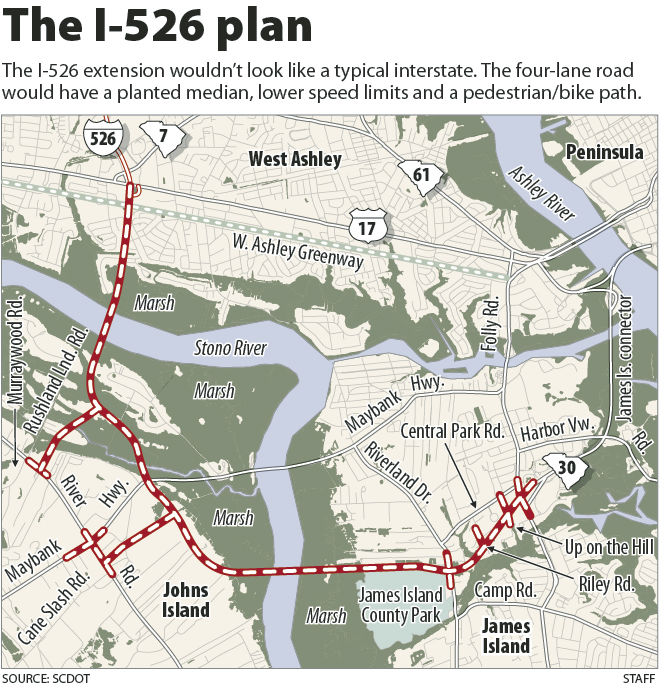 The approximate route of the Interstate 526 extension. 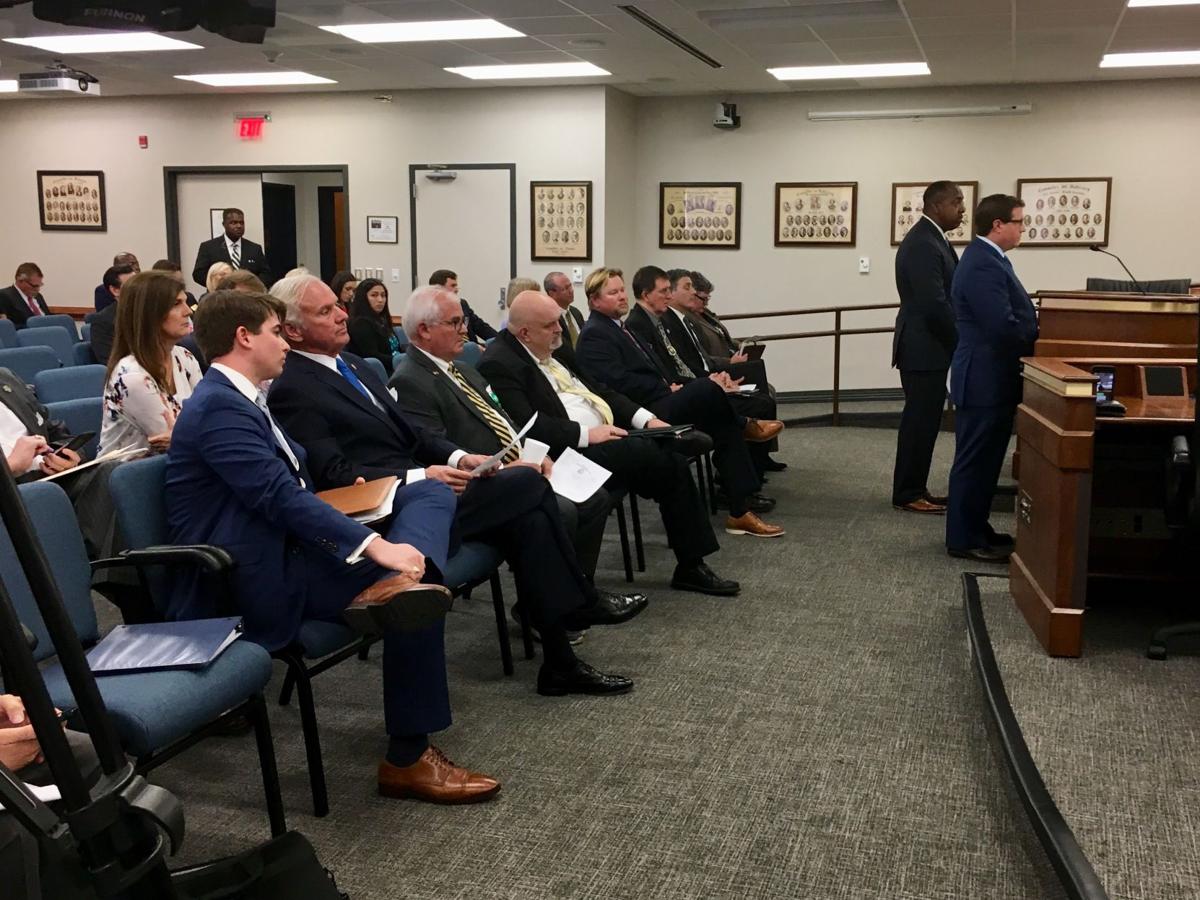 Gov. Henry McMaster appeared at the State Transportation Infrastructure Bank in October after it voted to reconsider its June vote to end its participation in extending Interstate 526. McMaster and his then-running mate, Pamela Evette, watched in the audience as the bank board voted to revive the project. File/Seanna Adcox/Staff 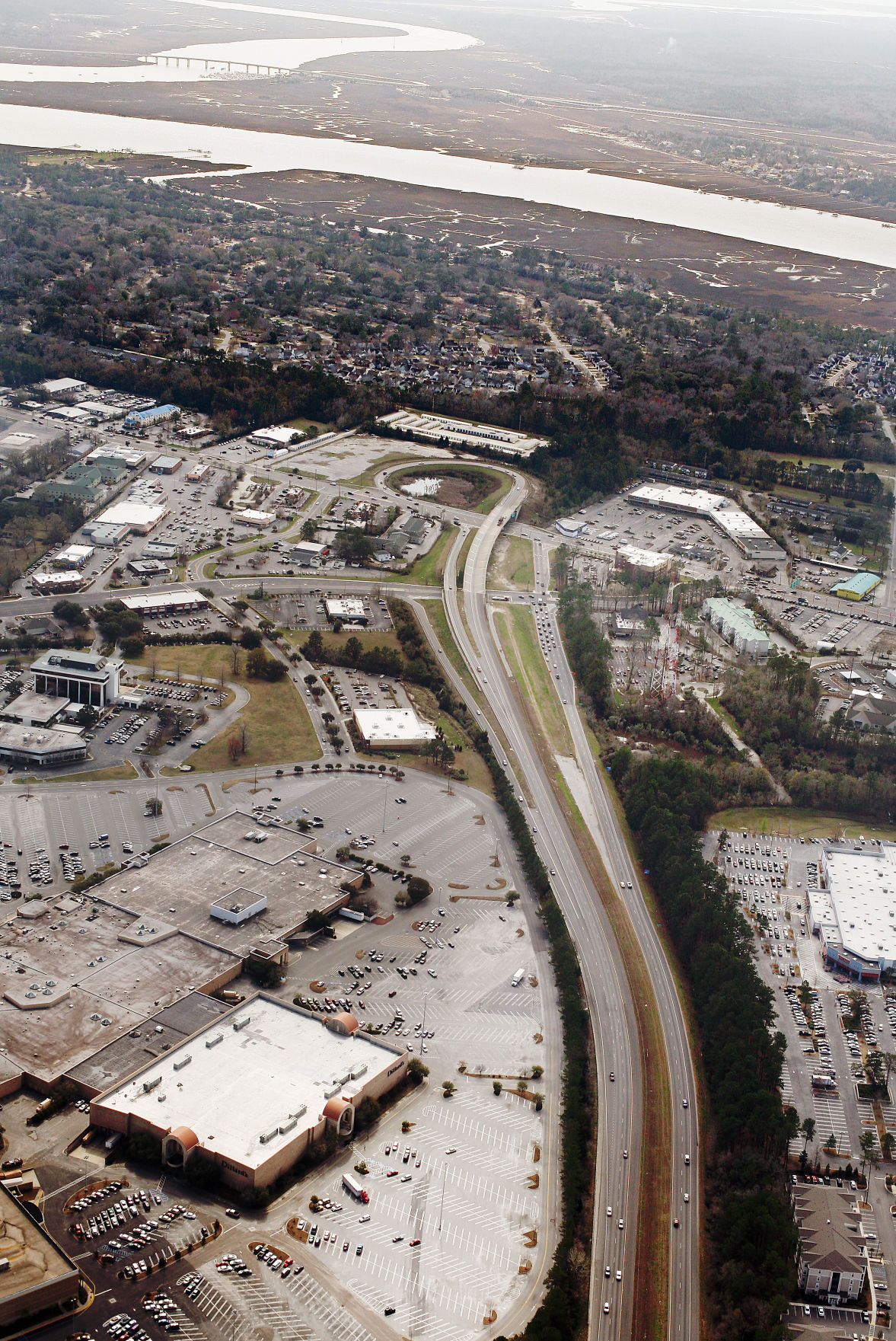 An aerial view of the proposed path of the Mark Clark Expressway looking from West Ashley toward Johns and James islands. File/Staff

There was much fanfare in Columbia early last month as Charleston County and the State Transportation Infrastructure Bank agreed on a way forward for the controversial, long-stalled extension of Interstate 526.

But resolving the details — particularly how the county will cover the estimated $300 million more needed to build it — is taking more time than first thought.

On Oct. 2, the county and bank agreed to a framework for a new legal pact for completing the road from Citadel Mall to the James Island connector.

That pact was supposed to be approved within 45 days, but the deadline came and went a week ago.

County Councilman Elliott Summey recently wrote his colleagues that the parties have agreed to extend the deadline until Jan. 10.

"The parties have made significant progress in negotiating the terms of the amendment," he wrote. "However, the financing pieces for the parties to include input from bond counsel and financial advisers has taken some time, as it should for a deal of this magnitude."

County Council Chairman Vic Rawl said Monday the interpretation of what a new Memorandum of Understanding should contain "is a little bit contentious."

"We generally agree on the funding aspect of it," he added. "The question of course, is, how to create a memorandum of understanding, i.e. an amended agreement, to reflect that."

Gov. Henry McMaster attended the Oct. 2 Infrastructure Bank's meeting when the framework was approved, and he has been in contact with both parties since, McMaster spokesman Brian Symmes said.

"They are operating in good faith, and the governor encourages them to take whatever reasonable amount of time necessary to make sure this is done well," Symmes said.

Summey said Monday the delayed deadline does not signify any problems or issues with the project.

"I imagine we’ll have stuff worked out by mid-January," he said. "So far, the discussions have been very cordial and nice.”

More than a decade ago, the bank agreed to spend $420 million to complete I-526 — its projected cost at the time. As a match, the county agreed to spend some of its new transportation sales tax to improve several state-owned roads.

But permitting and other delays have cooled the bank's enthusiasm, and it has been unwilling to commit any more money toward the 526 project, whose estimated price tag has since ballooned to more than $700 million.

The bank and county had been at an impasse in recent years over whether Charleston County has the financial ability to complete it as well as who would cover additional costs created by further legal action.

The bank's board voted earlier this year to terminate its involvement, but the county threatened to sue. The standoff shifted earlier this year after a separate section of the interstate, also known as the Mark Clark Expressway, closed from Mount Pleasant to North Charleston.

McMaster intervened and gathered representatives from the bank, county and DOT on Aug. 28, a meeting that ultimately led to last month's vote.

Councilman Dickie Schweers, an opponent of the project, said he has not been privy to the discussions but that the issue seems to be the same: Can the county convince the state it has the money?

"What the bank balked at previously is we didn’t have anything tangible to show them as far as where the money would come from," Schweers said. "I don’t know what could have changed since then other than Gov. McMaster saying, 'Work with them regardless.' I don’t see where our financial position has changed any.”

Most of the discussion has revolved around the legal agreement, while County Council has had little discussion about how spending $300 million on the project would affect other county projects, services or tax rates.

"We had a position of strength in the original agreement in that we weren’t going to pay any additional county taxpayer dollars. It appears we’re waiving that going forward," Schweers added. "I don’t understand how the county comes up with its share of the money.”