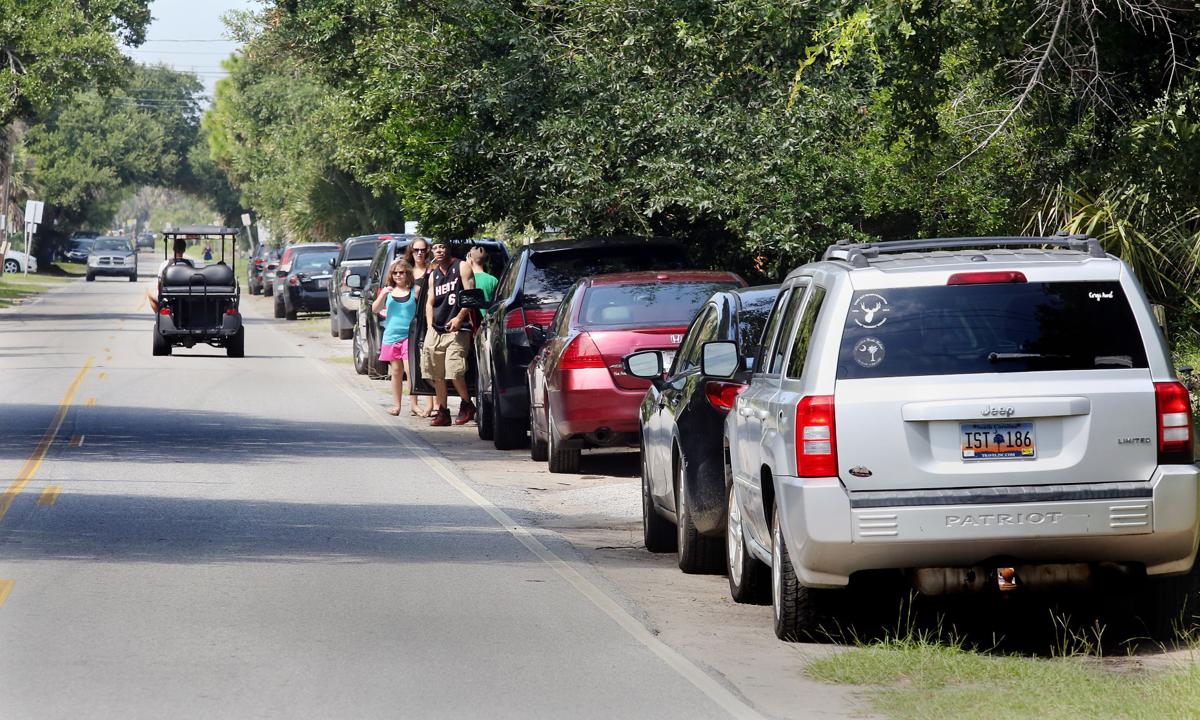 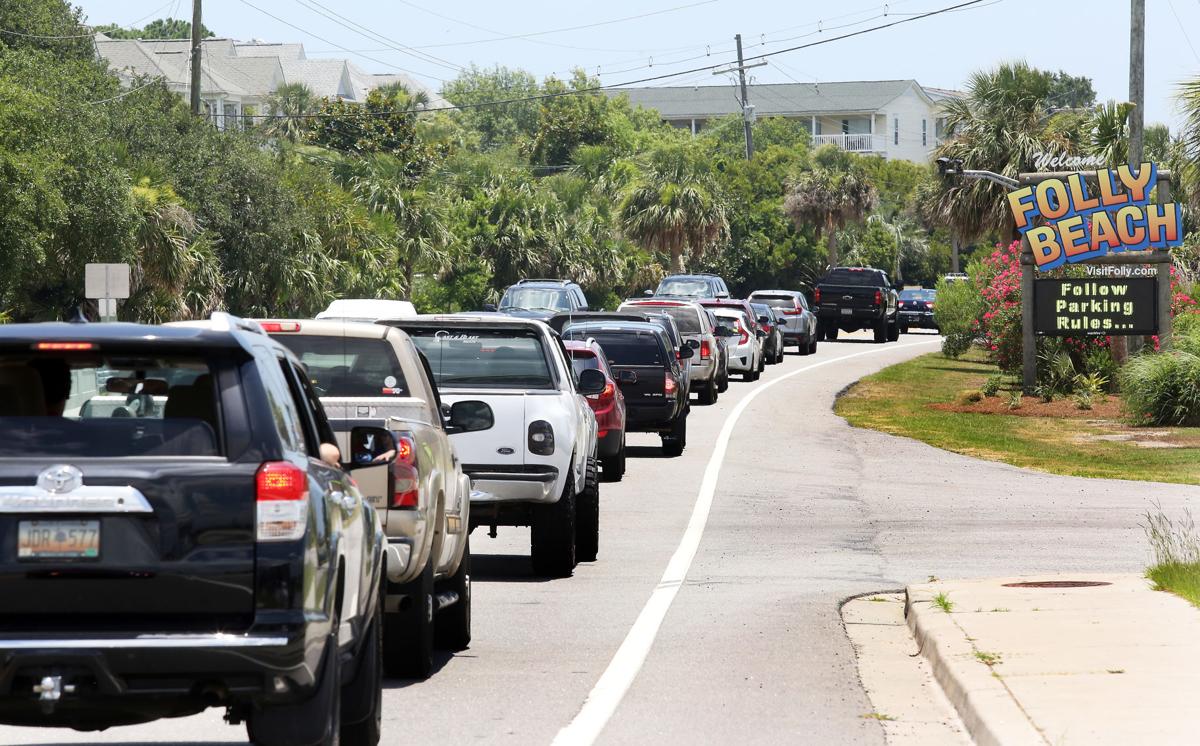 Folks heading to Folly Beach Sunday afternoon, June 24, 2018, sit in traffic on Folly Road as a sign tells them to follow the parking rules when they make it to the island. Brad Nettles/Staff

Folks heading to Folly Beach Sunday afternoon, June 24, 2018, sit in traffic on Folly Road as a sign tells them to follow the parking rules when they make it to the island. Brad Nettles/Staff

The founders of Hah Parking, a smartphone app billed as the "AirBnb of parking," have ambitious hopes for the Charleston area, where they say it could connect drivers to cheaper parking and cut down on traffic by stopping cars from circling the block in search of a space.

But in addition to all the normal challenges facing a start-up — securing funding and creating a corporate structure — they face a complicated regulatory landscape with the patchwork of zoning rules that exist across the region.

Down the road, they also face competition from similar apps that have popped up in bigger cities. It's only a question of when one of those services will scale up and arrive in Charleston.

“It is a race, and there are people doing this in other cities. People have done this three years ago," said Rocky Vitali, who has founded and funded the company so far with his brother Victor. They estimate they've spent between $100,000 and $200,000 so far.

But both brothers insist that they'll beat out the competition with a better user experience, and they hope to grow the service in part by word-of-mouth from satisfied customers.

Hah Parking is a platform that lets homeowners with an empty driveway or parking spot rent it out by the hour, day or month. It was a logical business idea for the Vitali brothers, who often think about cars and where to put them.

Rocky can even remember the two cars they drove down to Charleston when they decided to move here full time in 2012: a 1997 Acura Integra GSR for him, and a Volvo C70 convertible for Victor.

Their grandfather, an Italian immigrant, started a used-car dealership in the village of Johnson City, in upstate New York. Both brothers were drawn away from home in part by the allure of Southern vehicles, which fetch more in resale than Northern ones because they're not splashed with corrosive, ice-melting road salts all winter long.

Victor became a car buyer in the Holy City, procuring mostly high-end vehicles for prominent people around the area, including members of the Tecklenburg family. As his yard filled up with cars awaiting their new owners, the idea for Hah struck him.

The app only launched in April, but Hah Parking is already collaborating with the Charleston Riverdogs to use the app as a platform for fans to reserve spots in the stadium's lot, which is usually reserved for season ticket-holders. The company additionally made a pitch to Charleston for the city to consider using it in a pilot program that would let Hah customers use the app to pay for meter parking.

The Vitalis are also developing a slew of features that they say would bring users back time and time again: warnings for street sweeping, for example, or an option to rent out a spot and then send all the proceeds to a charitable cause.

“We move quick but cautious," Rocky said. "We want to ... always have the user experience in mind.”

But those extra bells and whistles will have to come online relatively quickly, because similar parking platforms are already online in cities like Los Angeles, Chicago, Boston and Toronto. A few have reached Atlanta. Pavemint, Rover and Parqex have all been similarly described as the "AirBnb of parking," but they don't yet have listings in the Lowcountry.

Those companies are "trying to prove the model works and then they're trying to rapidly grab market share all across the country," said John Osborne, director of the Harbor Entrepreneur Center, a local startup accelerator.

In the case of Hah Parking, innovating the core product could help keep national competition at bay.

"Otherwise ... it's just a race to who can get there fastest, and a lot of times that just comes down to who can raise enough money to make it go," Osborne said.

There's clearly demand for expanded parking options. Victor said the company has been contacted by scores of parents of College of Charleston students, who aren't eligible to buy a parking space from the school until junior year. Rocky said Tuesday that the app had well over 2,000 users.

But similarly to AirBnb, Hah has to contend with local land use rules. It recently ran into trouble on Folly Beach, when city officials said that kind of rental system isn't allowed in their residential zones, which cover 90 percent of the island. Victor said Hah will meet with officials in the beach town next month for further discussions.

There are potential roadblocks in Charleston as well. Jacob Lindsey, planning director for the city of Charleston, said that city's residential zones would also technically ban commercial activity like renting out parking space.

Charleston is in the middle of a detailed parking study right now, he said. Hah could offer a benefit to the area, but that's something that would need to be studied, too.

“We’re always open to innovations that improve quality of life in the city," Lindsey said, but added, "If we feel like there’s a problem going on, we certainly are going to be enforcing our regulations."

Victor said that the company hasn't heard anything about zoning enforcement from the city of Charleston.

Ultimately, he doubted the city's ability to even determine if a vehicle was in a space because of the app, or because someone was just visiting a private home.

About a year after getting its start, a Charleston startup that capitalizes on privately owned parking spaces has earned a buy-in from an entr…