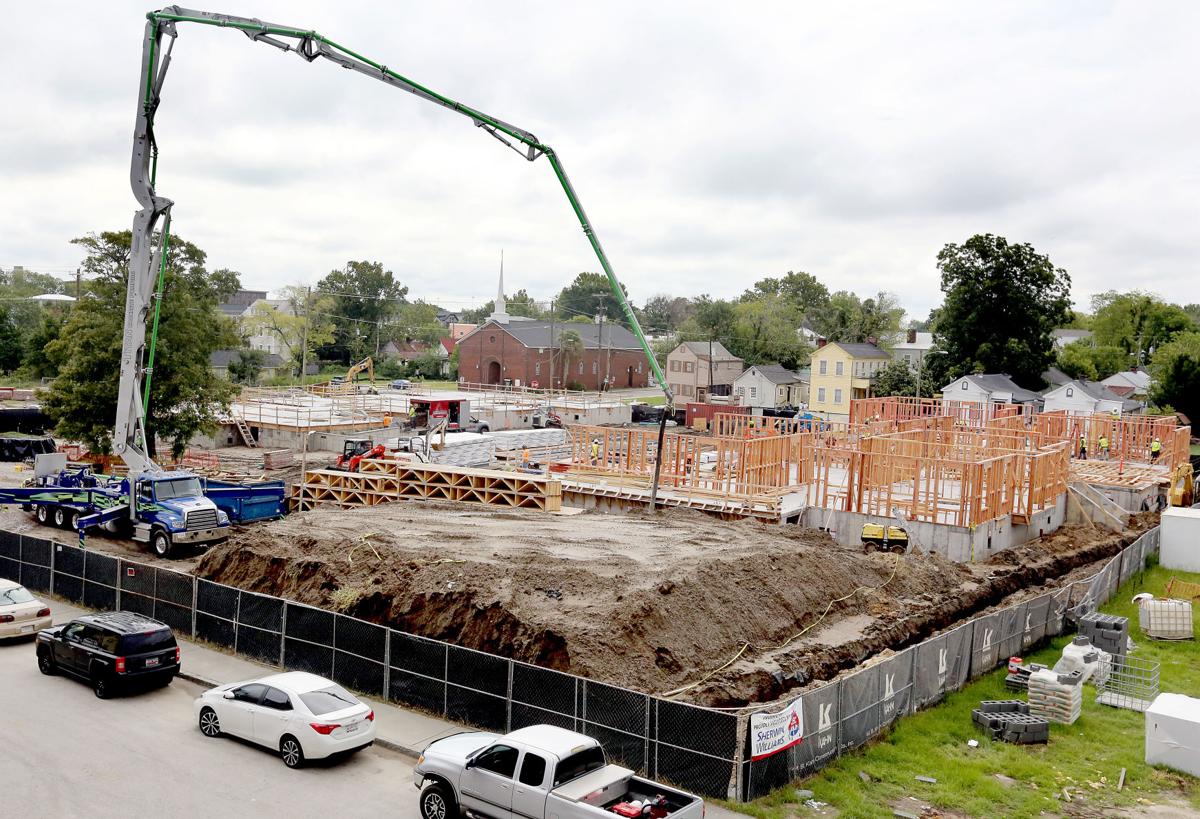 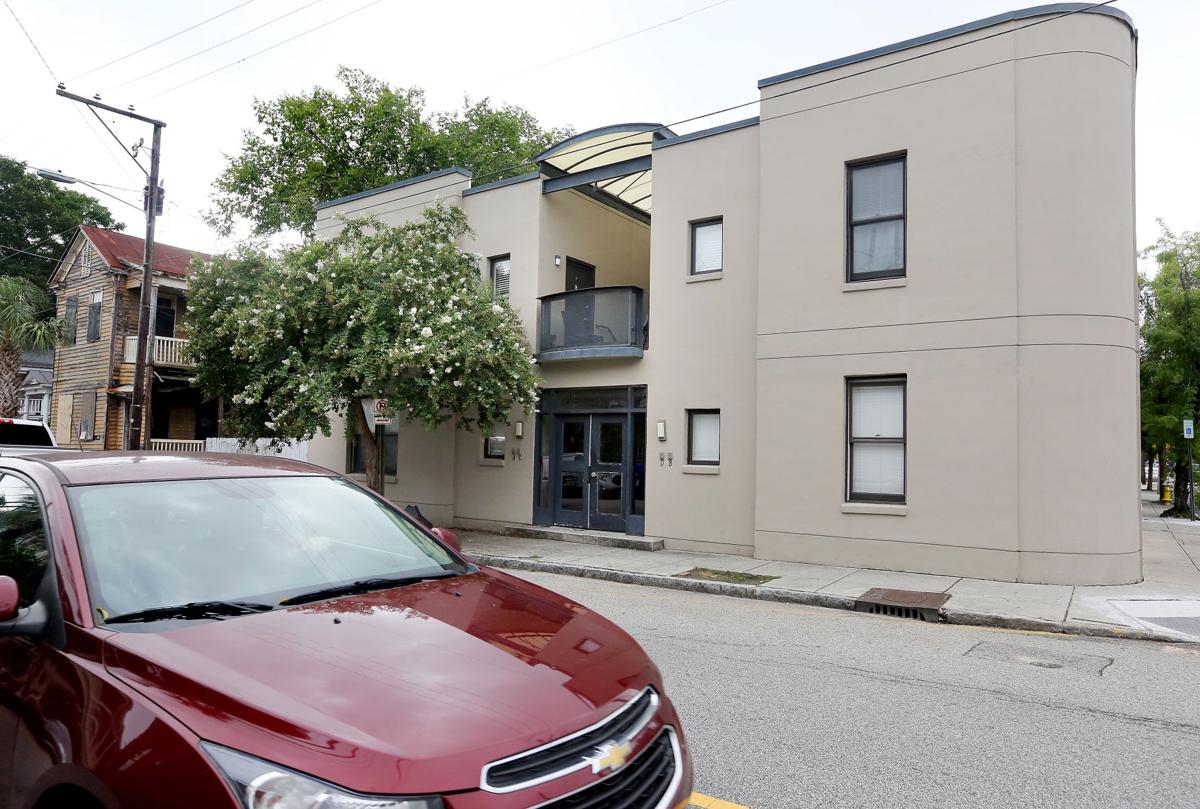 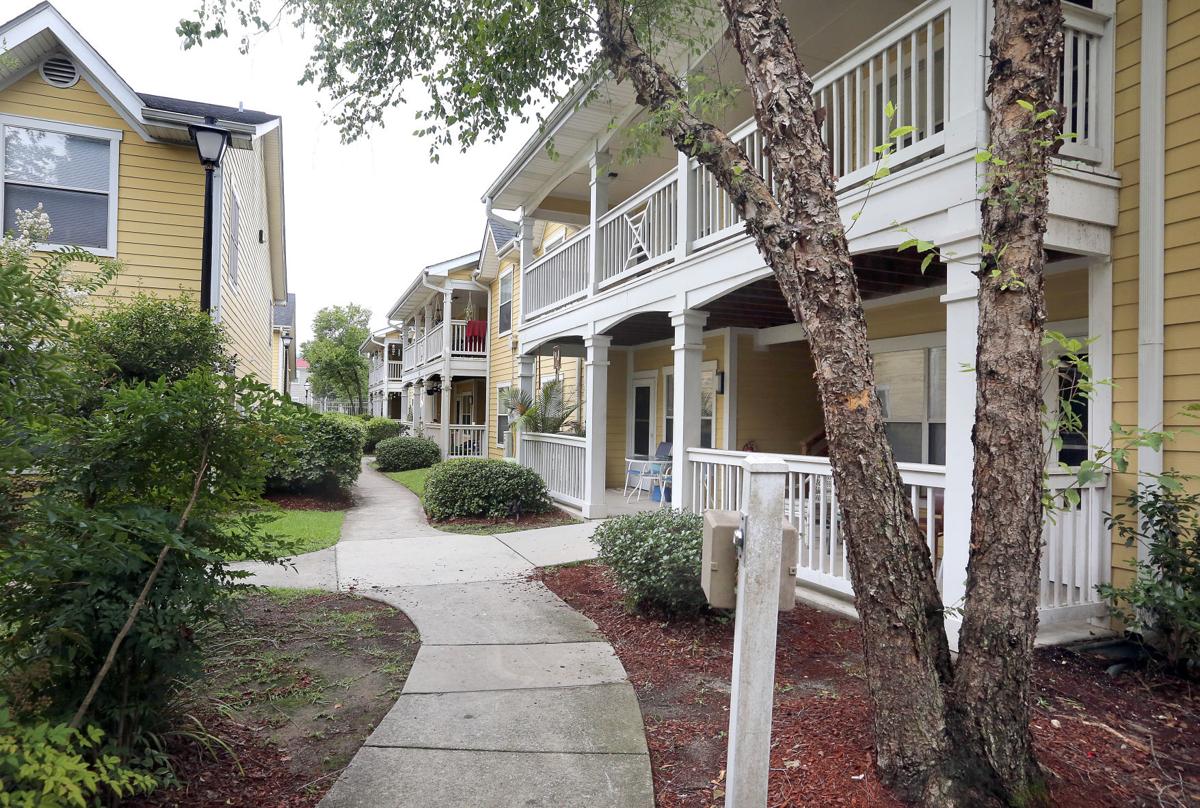 The courtyard of the affordable housing complex at 670 King St. on Wednesday, May 24, 2019. Brad Nettles/Staff 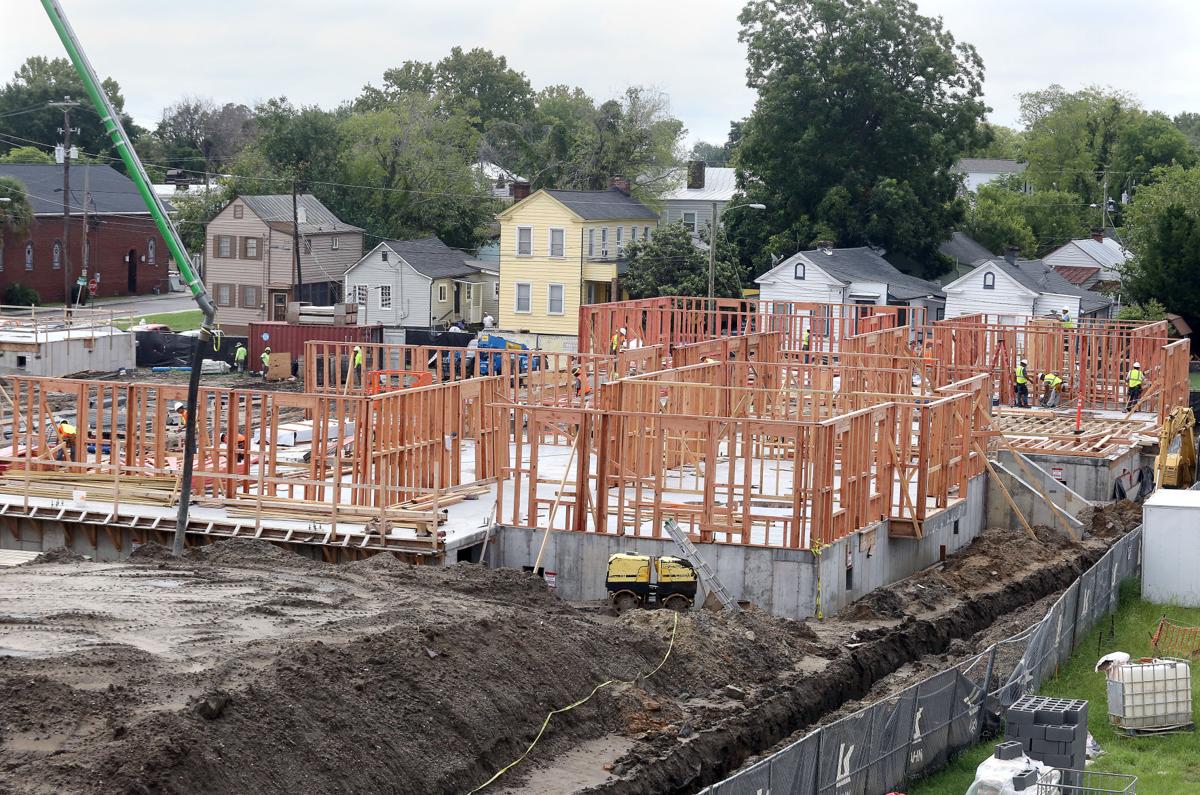 Construction crews continue to work on the Grace Homes affordable housing complex on Meeting Street on Wednesday, May 24, 2019. Brad Nettles/Staff

Downtown, it seems "the only new buildings are luxury student accommodation and hotels," and those expensive developments are squeezing out housing for locals.

Downtown Charleston? No, that's from a July 6 article in The Irish Times about housing affordability in Dublin.

The lack of affordable housing has become a great concern, even a crisis, not only in cities across the U.S. but also in many nations. As Charleston prepares to spend nearly $40 million to create affordable housing, here's a look at some of the approaches being used in the Lowcountry and elsewhere.

Land trusts are a decades-old concept in the U.S. that's been spreading to Europe and is just emerging in South Carolina.

The idea is that a land trust, often a nonprofit organization, owns land that affordable housing is built upon. The homes are typically sold but the land is long-term leased, which takes the cost of the land out of the home price. Typically there are limits on resale prices in order to keep the homes affordable long-term and to eliminate real estate speculation.

In Texas, the city of Houston plans to create 1,100 affordable homes in five years by using a land trust concept. In Vermont, the Champlain Housing Trust in Burlington has been in business for 35 years and manages 2,200 apartments and 565 owner-occupied homes. In Colorado, the Elevation Community Land Trust plans to develop or acquire 700 homes for sale to moderate-income residents. In June, it sold the first of them.

In the Charleston area, land trusts have been created in Charleston and North Charleston. The Palmetto Community Land Trust in July acquired its first real estate, when the city of Charleston transferred a property in Rosemont. The city hopes the land trust concept will not only help create affordable homes but also ensure they remain affordable.

Some cities have concluded that building houses and apartments, and selling or renting them at below-market-rate prices, is the best strategy for creating and maintaining affordability. Unlike housing financed with federal tax credits, the low prices don't vanish after 19 years.

This year in Hawaii, state lawmakers considered a plan to build condominiums on land owned by counties or the state near transit stations, and sell them to owner-occupants without regard to income. The idea, which Hawaiian lawmakers have not approved, is based on a model used in Singapore.

In Charleston, the city launched its Homeownership Initiative at the end of 2000 aimed at revitalizing communities on the peninsula and in the Neck Area while providing affordable homes for low- to moderate-income residents. The ongoing initiative involves building and renovating homes, selling them at below-market rates and restricting resale prices to ensure that they remain affordable.

In several cases, the city has partnered with the Charleston Housing Authority to create rental housing with below-market prices. The latest example is the 62-unit Grace Homes, which is under construction.

The Charleston Housing Authority took advantage of the plunge in real estate prices during the Great Recession and bought 28 buildings with 145 apartments. No taxpayer subsidies were involved.

The authority rents the apartments at affordable rates that are enough to repay the money used to buy the buildings and the costs of renovations and maintenance. The rents are set high enough that they also generate funds for additional housing efforts.

All of the properties purchased by the Housing Authority were previously controlled by nonprofit groups that were in financial distress. The purchases assured that the buildings would remain in Charleston's inventory of affordable rental apartments.

South Carolina, like the majority of states, prohibits towns and cities from adopting rent control regulations. Nationally, rent control or rent stabilization policies can be found in just a handful of states where they are used to limit rent increases and maintain affordability in high-cost areas.

Out of 182 U.S. cities and municipalities with rent control at the start of 2019, all but 20 were in New Jersey and New York. There were 99 in New Jersey, 63 in New York, 18 in California, and one each in Maryland and Washington, D.C., according to an Urban Institute study published in January.

A month after that report was published, Oregon approved the nation's first statewide rent control law banning no-cause evictions and limiting annual rent increases to 7 percent plus inflation. Under that law, rents could increase by about 10 percent this year.

In Europe, The Economist reported that in June lawmakers in Berlin, Germany, voted to freeze most rents for five years, Spain recently limited annual rent hikes, and in July rent limits were reintroduced in Paris, France.

Some U.S. cities require developers to include some affordable housing when they create large new residential buildings, a practice known as mandatory inclusionary zoning. In Virginia, it's a practice that dates to the mid-1970s. In New Orleans, inclusionary zoning rules were just adopted in March.

Cities in the Lowcountry, including Charleston and Mount Pleasant, have offered voluntary incentives to developers, such as allowing them to build larger apartment or condominium buildings if a portion of the units were priced below market rates for people with moderate incomes. Examples include The Boulevard apartments in Mount Pleasant and Elan Midtown apartments in Charleston.

Mount Pleasant ended its zoning-bonus incentive several years ago, and Charleston now — like Boston and some other cities — allows developers who want zoning bonuses to pay into a city-run housing fund rather than actually creating housing.

South Carolina prohibits mandatory inclusionary zoning, but Charleston and some other towns and cities have been trying to convince lawmakers to change that. In a mandatory system, a city could tell developers that, for example, if they want to build 200 apartments, then 20 of them need to be affordable for people with moderate incomes.

As cities work to create affordable housing, rent limits are expiring on apartments created with the help of federal tax credits. It's a growing problem in Charleston, and in cities across the nation.

Alex Murdaugh wasn’t crying when officers arrived at his Colleton County hunting property on the June 2021 evening his wife and son were shot to death, first responders testified Jan. 26 in his murder trial. Nor did Murdaugh appear to be covered in blood, though he had told dispatchers he had touched Maggie and Paul Murdaugh’s bodies while checking for signs of life, those officers said. Read moreAlex Murdaugh prosecutors launch case with unredacted 911 tapes, body camera footage

The longtime chief administrator of the state's third-largest municipality intends not to seek reelection for an eighth consecutive term, several sources close to City Hall told The Post and Courier. Read moreNorth Charleston's Keith Summey gives what's believed to be his last State of City address

A former federal officer who was training to become a deputy in Lexington was arrested after on a felony DUI charge after a collision that critically wounded a 20-year-old man. Read moreFormer fed charged with felony DUI after crash in Columbia, ending new career as deputy

The man who fled the state with his 5-year-old daughter after allegedly murdering the child's mother has been arrested and extradited to South Carolina. Read moreMan arrested for murder of Orangeburg woman extradited to SC after fleeing state with child