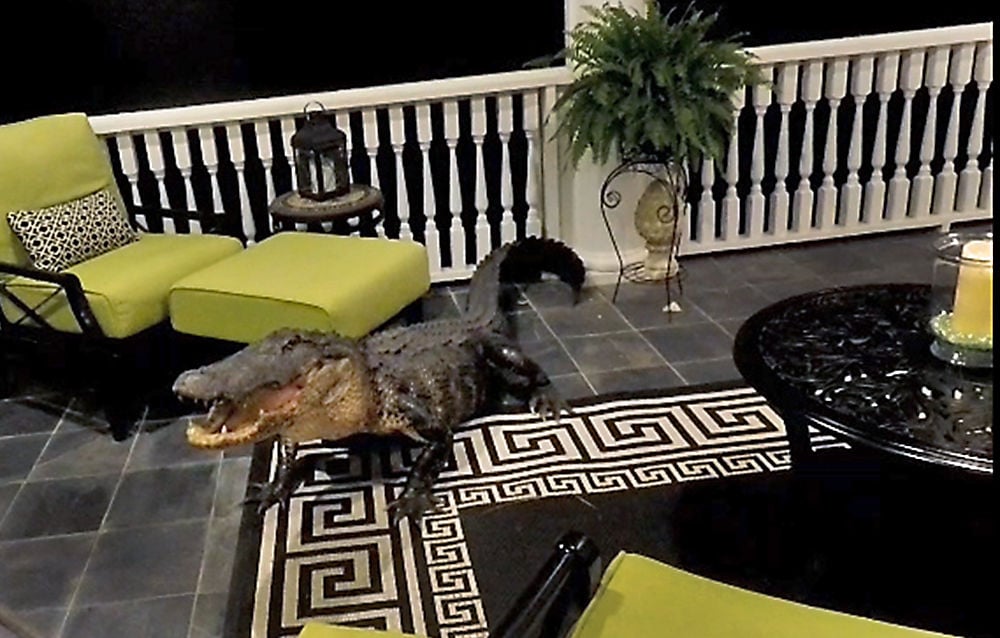 An alligator bigger than a person climbed to the second story porch of this coastal South Carolina home and settled in for the night. Steve Polston/Provided 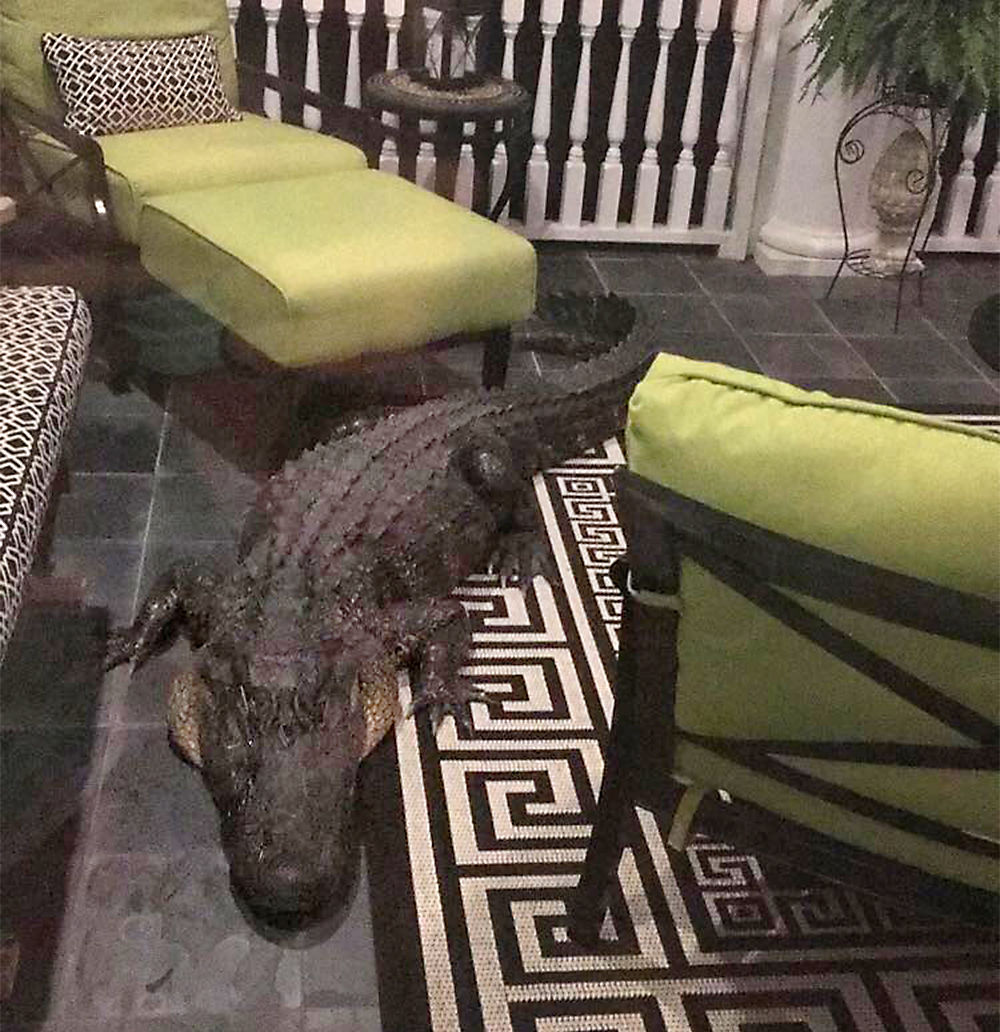 An alligator bigger than a person climbed to the second story porch of this coastal South Carolina home and settled in for the night. Susie Polston/Provided

An alligator bigger than a person climbed to the second story porch of this coastal South Carolina home and settled in for the night. Steve Polston/Provided

An alligator bigger than a person climbed to the second story porch of this coastal South Carolina home and settled in for the night. Susie Polston/Provided

Susie Polston had fallen asleep watching "Friends" on television. She woke in the late night to a loud intruder on the porch outside her Mount Pleasant home.

“Somebody’s trying to break into the house,” she told her family. They secluded themselves in the master bedroom and called 911. But then the racket quit. Ben Polston, 16, her son, snuck a look and started yelling, “Oh my God, I found it! I found it!”

He’d found it all right. In the early hours of Easter, a nearly 10-foot alligator had clambered up the back stairwell to the second story porch of their home, crunched through the aluminum screen door and made itself at home between the sofa and a swinging bench. It lay there like a plastic prank, but when they rapped on the window glass, it lifted its head.

“It was just surreal. It was so bizarre,” Susie Polston said.

And the monstrous critter wouldn't budge, even though a nuisance removal agent spent two hours trying to coax it out far enough from the porch to snare it safely.

“A 5-footer, we could have put a dog stick on it and dragged it out,” said agent Ronnie Russell, of Gator Getter Consultants. “One that large, he likes to grab onto things (to fight.)” As Russell worked outside, the family inside dragged over household furniture to barricade the door.

“There was not a whole lot of room up there (on the porch),” Russell said.

Alligators wandering up to homes isn’t unusual in the Lowcountry, with its abundance of marsh. Climbing a story-high staircase is. But it’s spring, the time of year male gators roam for mates.

The prehistoric-age creatures like to take the direct route from waterhole to waterhole and will thrash their way through obstacles if they can. In February, a gator wandered up to a home off Cypress Gardens Road near the Cooper River and appeared to climb the door to ring the bell as it tried to get past.

Unlike the crocodiles seen on television, alligators are not aggressive by nature. But they eat dogs and will react if they feel threatened, including a bluff “false charge” showing their teeth. They can move swifter than their bulk suggests.

The guiding rule for the critters is to let them be. If there’s room and time, they will move on, eventually. But the S.C. Department of Natural Resources issues nuisance removal licenses for problem situations, keeps a calling list of licensed agents and has an emergency number, 1-800-922-5431.

The Polstons’ home sits by a pond on the 18th hole at the Rivertowne Country Club off the Wando River, separated by fencing. In seven years they had not seen an alligator get past the fencing. But “that’s what alligators do, they follow that fencing until they can get around it or through,” Russell said.

After two hours of getting nowhere, Russell consulted with the Polstons. State law requires a nuisance-trapped alligator to be killed. Agents usually remove it from the premises first. The family didn’t want to see it killed. But the other choice was to wait it out, maybe for days. The animal was euthanized.

Susie Polston is still uneasy about it all. The family has a more secure porch door now, and will get a gate for the stairwell landing. But they're not turning tail, at least so long as it doesn’t happen again, she said.

“We love it here. It’s beautiful,” she said. “We think this was rare. We hope it was rare.”