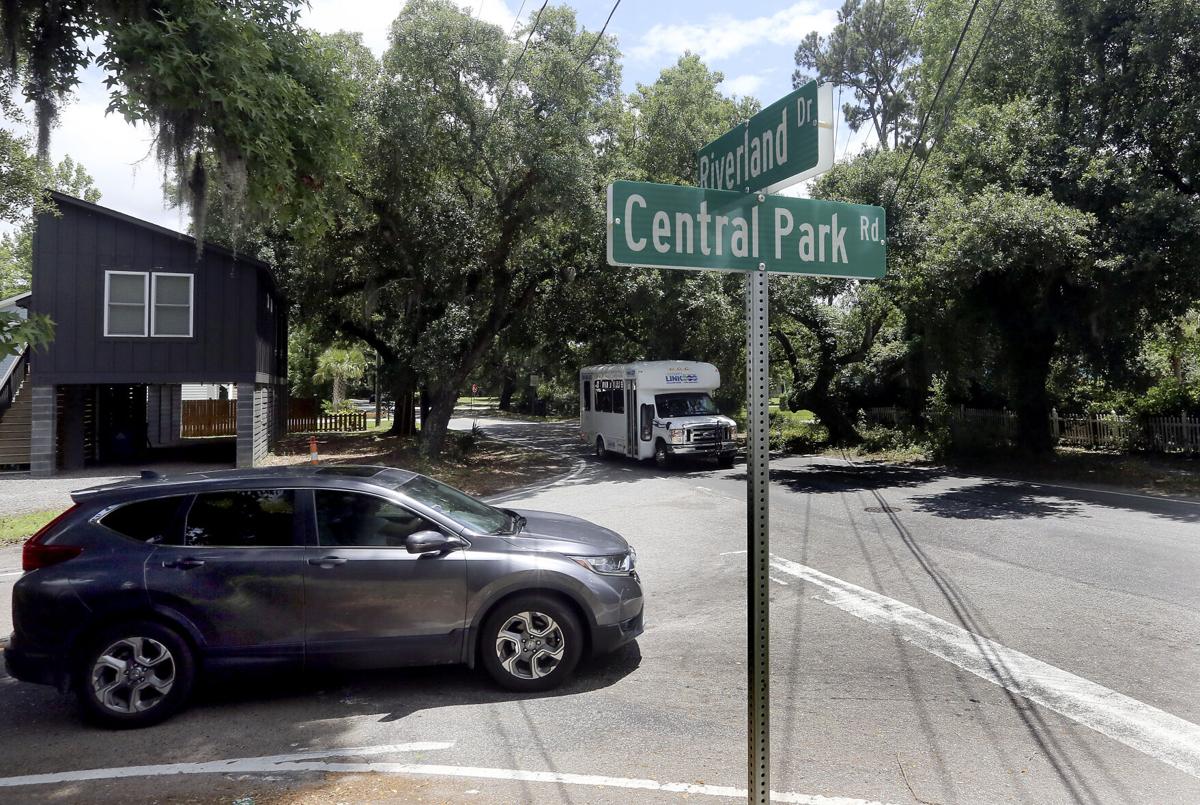 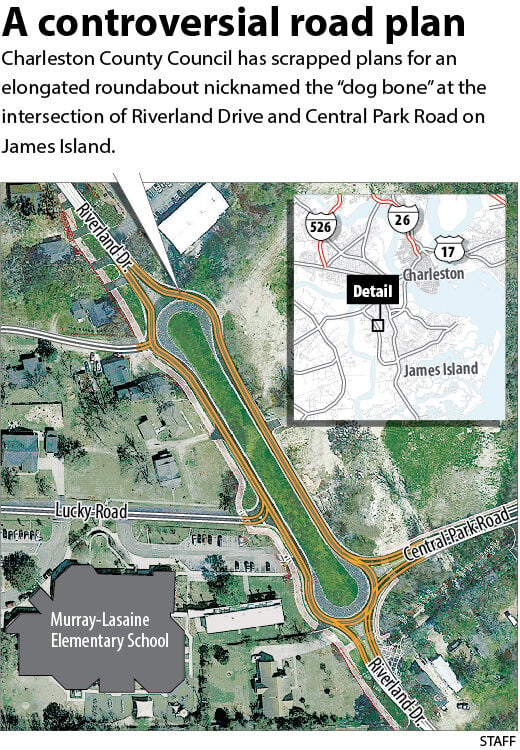 Charleston County has spent years trying to figure out how to improve traffic and safety at a key James Island intersection, but has now abandoned a controversial elongated-roundabout concept approved two years ago.

Instead, the county could seek the state's permission to reduce the speed limit on Riverland Drive and is working on a less complicated road concept involving crosswalks, a multi-use path and possibly a new turn lane at the intersection of Riverland Drive and Central Park Road.

For James Blake Jr., whose family owns a more than seven-acre property abutting the intersection, the about-face by Charleston County Council is good news. The road plan, nicknamed the "dog bone," would have taken some of his family's undeveloped land where he would like to build a home.

“I hope tonight this thing is laid to rest," he said ahead of a June 8 County Council meeting where a follow-up vote was planned.

"If it is, that’s a big burden off of my shoulders and everyone else who lives in the neighborhood," he added.

The council Tuesday night did reaffirm an earlier committee decision to abandon the "dog bone" plan on a 5-3 vote with Henry Darby — who also opposed that plan — absent. Council members Jenny Honeycutt, Herb Sass and Dickie Schweers voted against dropping that plan.

As with many road projects in existing neighborhoods there was a clash among the different goals: improving traffic flow, improving safety, protecting grand trees, accommodating pedestrians and cyclists, and respecting property owners.

Central Park Road has become a busy short-cut between Folly Road and Riverland Drive where it ends in a "T" intersection with no traffic signal. The intersection has seen many accidents; in December a man was struck and killed there.

Murray-LaSaine Montessori School is steps away from the intersection so the safety of children walking and biking to school, and school-related vehicle traffic, have been issues as well.

The unusual extended roundabout the county approved more than two years ago was an attempt to channel traffic to the school while eliminating left turns across oncoming traffic. That's a safety feature of roundabouts, but with a roundabout traffic would not have to stop, raising issues with children and parents who may need to cross the road on foot or bike.

The main thing that's changed since County Council approved the dog bone roundabout plan in early 2019, and reaffirmed that plan in late 2020, is that several council seats have changed hands.

Some council members have long argued that it was unfair for the Blake family, an extended family with heirs' property at one corner of the intersection, to bear so much of the property-loss burden for the road work.

The 'dog bone' plan could ease James Island traffic, but at great cost to a family

The county had previously also considered putting a traffic light at the intersection and adding turn lanes to both roads, but rejected that idea as well.

So the new plan is to install painted crosswalks and a flashing light at the intersection, consider a right-turn lane on Central Park Road, evaluate reducing the speed limit on Riverland Drive to less than the current 35 miles per hour, and build a multi-use path connecting to existing sidewalks and paths there.