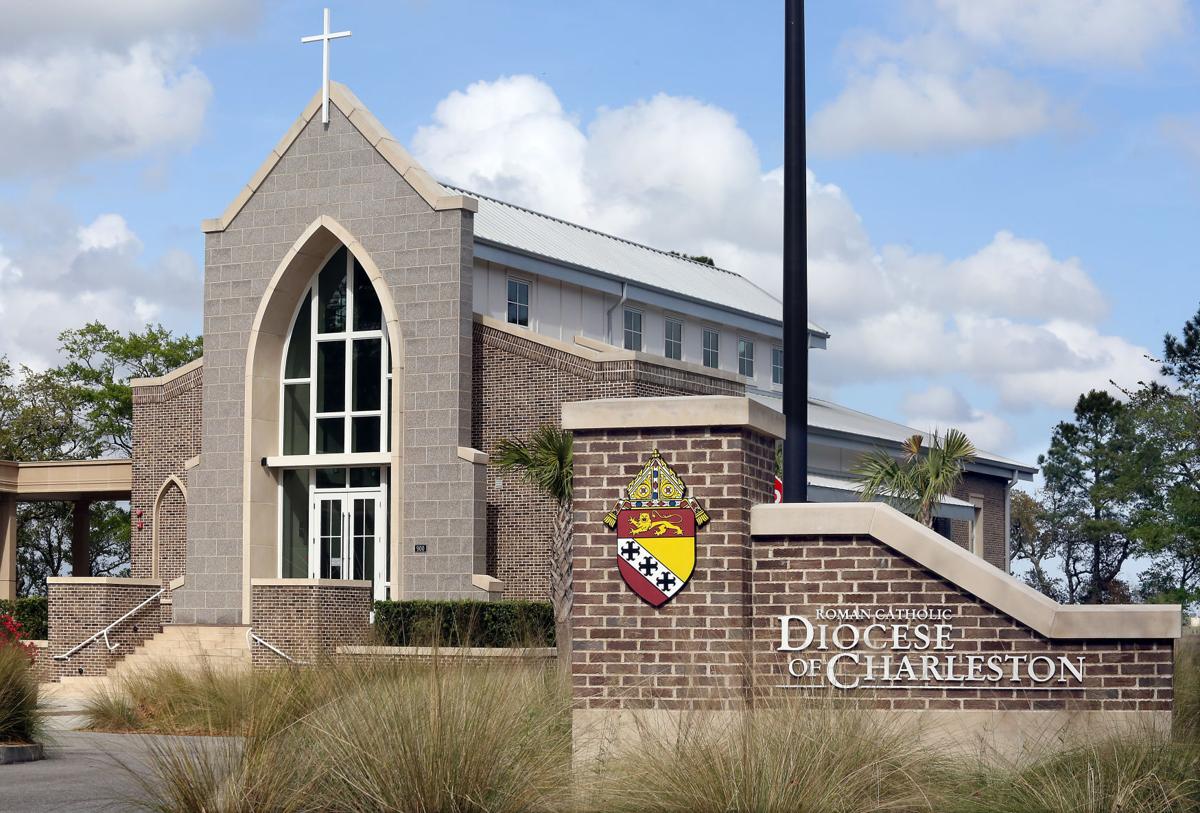 The Roman Catholic Diocese of Charleston headquarters is located at the end of Orange Grove Road on the Ashley River. Brad Nettles/Staff 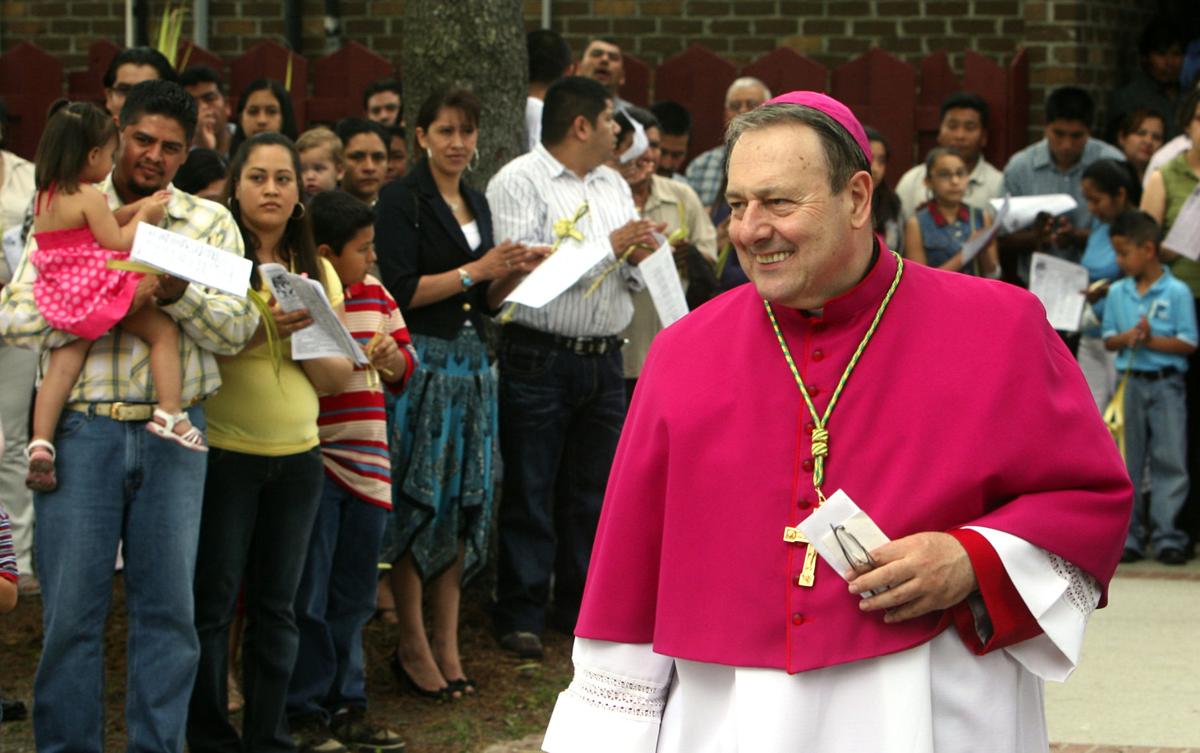 The Most Rev. Robert Guglielmone, head of the Roman Catholic Diocese of Charleston. File

The Roman Catholic Diocese of Charleston headquarters is located at the end of Orange Grove Road on the Ashley River. Brad Nettles/Staff

The Most Rev. Robert Guglielmone, head of the Roman Catholic Diocese of Charleston. File

For victims of abuse by Catholic priests in South Carolina, the past month has opened old wounds but also fostered new hope.

Since the 1990s, reports have surfaced implicating priests in the Roman Catholic Diocese of Charleston in the abuse of minors dating back to at least the 1950s — cases that for years were treated in isolation.

As in other dioceses across the country, most of these incidents were handled internally by church leadership. Priests quietly resigned or were shipped off to other jurisdictions. Many victims did not wish for the publicity of a criminal investigation or trial.

On March 29, Charleston Bishop Robert E. Guglielmone released four lists with the names of 42 priests that a South Carolina church panel decided had credible accusations of child sexual misconduct made against them.

Many heralded the move as a long-overdue step in the healing process, a public acknowledgement by diocesan leadership of years of pain and betrayal felt by victims, and a chance for the church and its flock to begin moving forward.

In the weeks since the lists' release, however, attorneys, victims' advocates and others have been left pondering whether church leaders have done enough and what should come next.

Guglielmone and other local church leaders have taken and will continue to take steps toward helping victims heal, said Maria Aselage, a spokeswoman for the diocese. The bishop has held seven town hall meetings with parishioners across the state since November.

"During those meetings, he answered questions about the sexual abuse crisis within the Diocese of Charleston and the universal Church," she said. "Moreover, he attentively listened to the pain that victims suffered and the heartache Catholics felt because of child sexual abuse within the Church."

Parishioners have told church leaders that those meetings were an important step in the healing process, Aselage said.

The feedback on the list itself has been mixed, she said.

"Several callers were supportive of the bishop and his decision to release the names," Aselage said. "Other communications were from people surprised and hurt to learn certain priests were on the list."

In March, as he made the names of accused priests public, Guglielmone said he hoped the move would help bring healing to the victims and their families who have been "grievously harmed by the betrayal of priests and church leadership."

"We also need to honor the courage of those who have come forward to share the most intimate and painful experiences of their entire lives," he stated. "My heart hurts for the victims and the damage this has caused to them and to their families."

Victims of traumatic experiences can face an arduous road, said Rich Robinson, senior chaplain and executive director of the Coastal Crisis Chaplaincy in Charleston. In addition to psychological, emotional and other issues, many also face a crisis of faith.

"It really stands out to us when we see the ills of humanity in the sacred," Robinson said. "Our healing comes when we invite the sacred back into our humanity. In our darkness, we have to do that with God."

Part of the work of a chaplain is to help victims reconcile what has happened to them with God's grace, he said. That journey involves a careful balance between guiding a victim on their faith journey without minimizing the abuse they have suffered.

One former priest included on the diocese's list says the accusation of abuse at his hand is not warranted. His lawyer worked to remove his name from the list, but he won only a footnote.

Father Gabe Smith, who had served as a program director at a Pittsburgh Catholic institute for emotionally disturbed youth, had moved on to St. Joseph’s Catholic Church in Charleston when an allegation came down from the Pittsburgh diocese.

The claim alleged Smith gave pornographic material decades earlier to a youth at the institute. Two years after the allegation, the Holy See in the Vatican cleared Smith, and he was reinstated until he retired from the ministry last year.

As the Diocese of Charleston prepared to release its list, Smith was told his name would be on it.

Smith said he "almost fell out the chair" when he first heard of the allegation more than a decade ago, but he said he wasn’t embarrassed when last month's list was released. Many former parishioners expressed love and support.

“Did it hurt? It did,” he said, but “I’d done nothing wrong. Why be ashamed? Why be embarrassed?”

His attorney Bill Runyon handled Smith's appeal of the church’s findings. Although Smith was cleared by Vatican officials, Runyon couldn't get Smith's name off the list. Runyon said the list was the result of an imperfect process.

"It's not a transparent system," he said.

Runyon noted others affiliated with the church, such as Eddie Fischer, who taught at Sacred Heart in Charleston, weren't named because the list only included priests.

Fischer, a teacher at several Charleston schools, was arrested in 1997 and later sentenced to 20 years in prison for molesting underage boys. He died while serving his sentence in 2002.

Others in the church’s hierarchy also had an allegations against them and later were cleared by the church, Runyon said. Unlike Smith, they weren't named.

Asked why Smith was included, Aselage stated that the Diocese is not providing details about any of the allegations or specific information related to priests other than the list itself.

On March 18, Gregg Meyers, a Charleston attorney who has represented many clients in cases related to abuse by Catholic priests, filed a federal lawsuit against the diocese on behalf of Michael Cassabon — a Catholic priest ordained in the Diocese of Charleston who is currently on leave from the church. Cassabon has made accusations of abuse against one of the 42 priests named by the diocese, Hayden Vaverek.

According to the suit, Vaverek sexually abused Cassabon several times in 1997 and 1998 while Cassabon was a student at St. Joseph's Catholic School in Greenville.

A teacher there, Neil O'Connor, "facilitated the plaintiff's sexual abuse by repeatedly driving him to Vaverek in Greenwood," the suit alleges.

Neither the school nor O'Connor are named as defendants in the case.

"We are aware of the lawsuit, and although we are not a party to it, we will monitor its progress in the court system," said Keith Kiser, St. Joseph's headmaster.

O'Connor resigned from his post at the school on March 5 after press inquiries about his connection to Vaverek, the suit stated. Vaverek could not be reached for comment.

The now-former priest was the subject of complaints since the mid-1990s and "ceased functioning in his ministry" in 1998, but was reinstated by then-Bishop of Charleston Robert Baker in 1990 or 2000 without a serious investigation into complaints of abuse, the suit alleged.

Cassabon first reported Vaverek's abuse to diocese officials in 2013, the suit stated. The abuse left Cassabon with lasting wounds and his mental health suffered enough that he became suicidal at one point.

Cassabon submitted further reports regarding his abuse in 2017, to Guglielmone in 2018, and on Jan. 14 this year to the Papal Nuncio in Washington, D.C., the Vatican's diplomatic mission to the U.S.

On Feb. 15, Guglielmone responded to Cassabon with a letter offering "pastoral care" but stating that it would be "difficult if not impossible" to discuss his request, and with a canonical warning, which starts a process that could revoke Cassabon's priesthood.

Copies of correspondence between Cassabon and Guglielmone were included in the legal filings.

The bishop and Cassabon exchanged emails in which Cassabon stated he felt that Guglielmone's response was retaliatory, and the bishop stated that the action wasn't personal and that he was forced to take it because of a communication from the Papal Nuncio.

The suit alleges Guglielmone intentionally caused Cassabon emotional distress and retaliated against him for making a report to the Papal Nuncio.

Meyers said he believes the church's failings stem from a belief that protecting a priest is more important than protecting lay people and from a desire to avoid scandal.

"I think there won't really be any fundamental change in the organization until bishops start being punished for any act of tolerance (of abusive priests)," Meyers said.

Responding to the lawsuit, Aselage said the dealings between Cassabon and Guglielmone "involve an internal canonical proceeding and are confidential."

Attorneys for the diocese will formally respond to the lawsuit, she said.

Blake Warenik, director of communications for the National Children's Alliance, said there are important steps that anyone can take to support victims, the most important of which is believing them.

"At the core of this story is a child who was hurt by someone they trusted," Warenik said. "The easiest thing the people can do is to believe (victims)."

The steps taken so far by the Diocese of Charleston are commendable but need to be followed by further action, he said.

The church needs to have clear guidelines in place for reporting abuse, Warenik said. There needs to be a culture shift in which abuse is reported to law enforcement or other civil authorities first.

"Every failure stems from the initial failure to put the victim's needs first and trying to limit damage to the institution," he said.

And on an individual level, it's important for victims to come to terms with what has happened to them so that they can ultimately arrive at a place of forgiveness — a process that can be incredibly complicated and arduous, Robinson said.

"Forgiveness is deeply rooted in our theology," the chaplain said. "When I forgive, I free myself (but) forgiveness only happens when we hold the truth in our hand and acknowledge it. Forgiveness should never be a false peace. We still have to face what happened."

The diocese's Office of Family Life has planned a series of workshops aimed at helping all victims of child sexual abuse, including those abused by priests, Aselage said.

Local church leadership hopes to give victims the tools they need to build a foundation for healing in an environment where they can share their stories and build a community with other victims, she said.

The first workshop was held in January in Rock Hill, Aselage said. A second will take place Saturday in Charleston at the Diocese's Pastoral Center in West Ashley from 8:30 a.m. to 5 p.m.

Among other policies, the Roman Catholic Diocese of Charleston has taken the following steps over the last 25 years to protect children and youth:

On Saturday, all victims of child sexual abuse are welcome attend a workshop at the Diocese of Charleston's Pastoral Center.

The center is at 901 Orange Grove Road in Charleston. Those interested may register at familylife@charlestondiocese.org or by calling 803-547-5063.