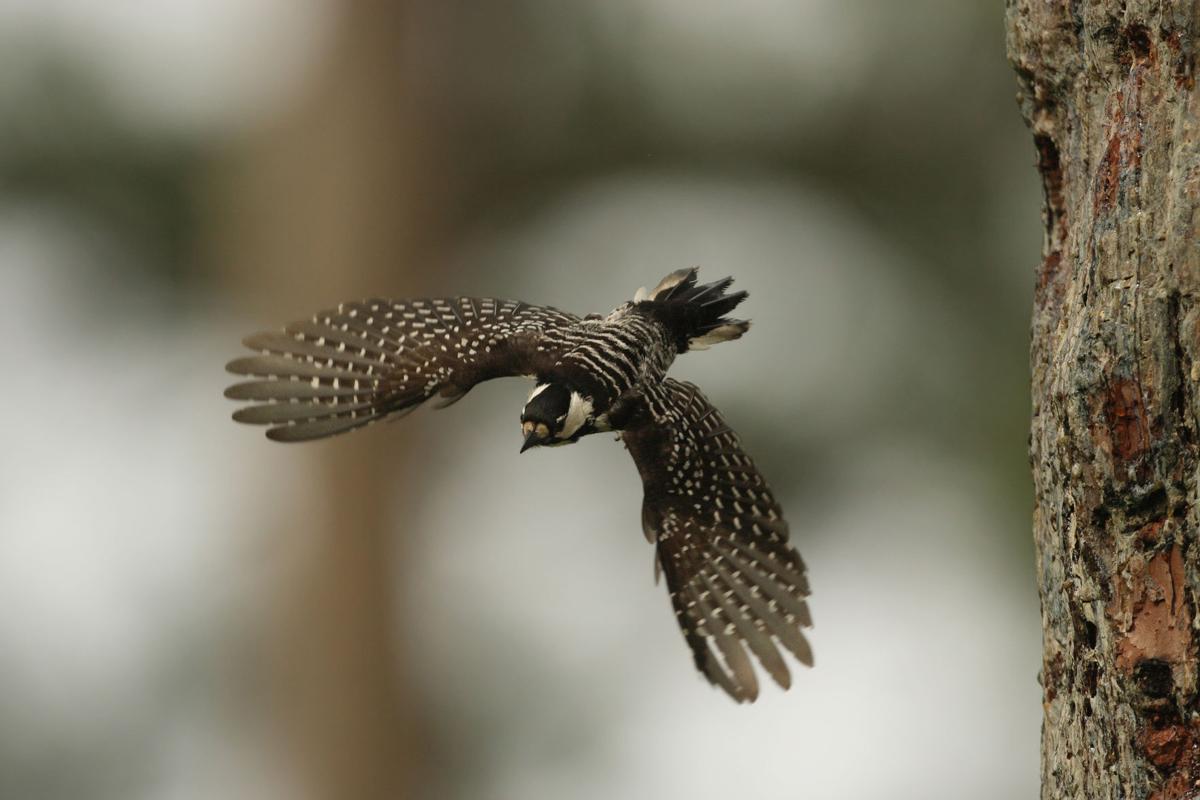 A red-cockaded woodpecker, one of a number of threatened or endangered species that thrive in longleaf pine wetlands, springs from a nest. Martjan Lammertink/U.S. Forest Service/Provided 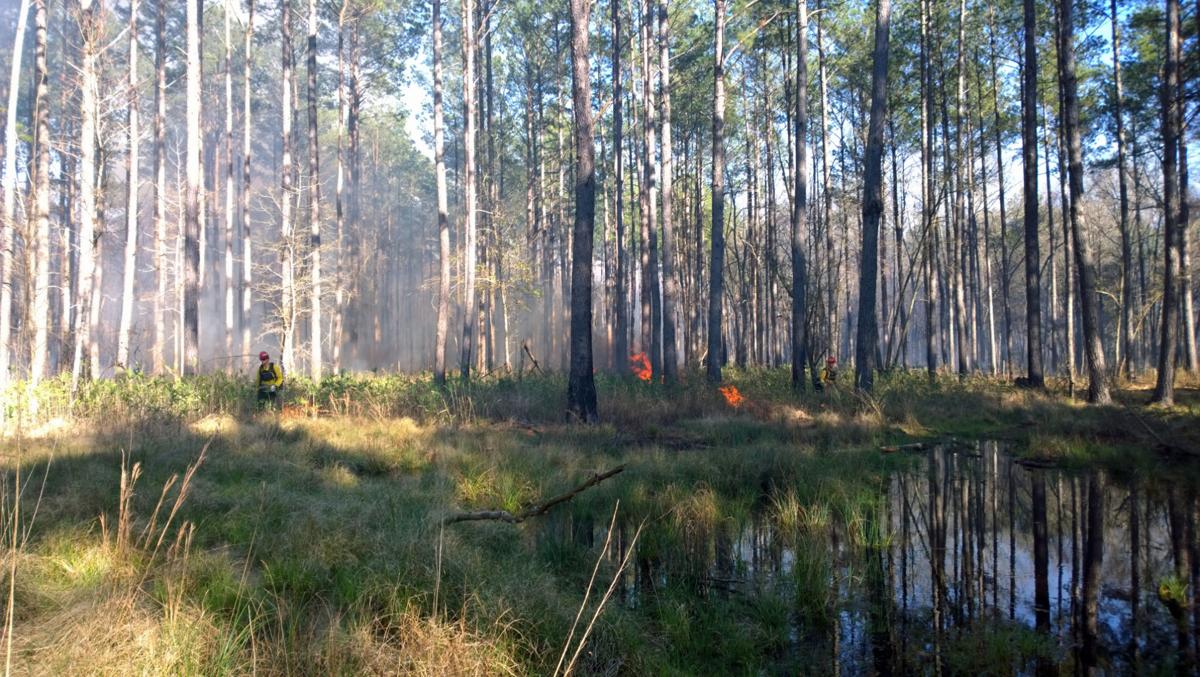 Crews handle a prescribed, or controlled burn to help restore the native wetland/longleaf ecosystem at the Tibwin property in the Francis Marion National Forest.  The Nature Conservancy/Neil Jordan/Provided

A red-cockaded woodpecker, one of a number of threatened or endangered species that thrive in longleaf pine wetlands, springs from a nest. Martjan Lammertink/U.S. Forest Service/Provided

Crews handle a prescribed, or controlled burn to help restore the native wetland/longleaf ecosystem at the Tibwin property in the Francis Marion National Forest.  The Nature Conservancy/Neil Jordan/Provided

The pines are as elegant as they are vital — a cathedral forest in the dappled sunlight considered the most valuable native trees in the Lowcountry, an understory rife with plants and creatures seen almost nowhere else.

And the longer Eric Krueger and others with The Nature Conservancy labored to restore the longleaf, the wetter the ground got under their feet. Research confirmed their suspicion: When you restore the native trees' wetland savannas, you keep more rain in the water table — more water for plants, animals, rivers, streams and people.

In the water breeds "all the little critters that are the base of the food chain," said Krueger, the Conservancy chapter's science director.

The Conservancy just signed over the 900-acre Tibwin Tract II to the U.S. Forest Service, nine years after the conservation group put together public money and its own fundraising to buy it for $8 million — forestalling possible development.

The property sits west across U.S. Highway 17 from the historic Tibwin Plantation house near McClellanville. It is now part of the Francis Marion National Forest and is publicly accessible.

The tract has a compelling history of its own: The King's Highway crosses it, the old coastal route blazed by the Sewee tribe and traveled by the likes of President George Washington. But what the Conservancy did there might be more compelling.

The group spent the nine years it held the property clearing commercially grown pine, planting longleaf, conducting prescribed or controlled burns and weeding. The idea is to bring back the longleaf savanna — and its wetlands —to what they once were.

The effort is part of a greater, multi-agency and landholder project in the Southeast to replant as much longleaf as possible, as well as a national move to restore overrun ecosystems rather than simply conserving land.

For Lowcountry residents, the results are priceless.

In Colonial times, longleaf covered some 60 million to 90 million acres of the coastal plain. By the 1990s, that had been hacked to little more than 3 million acres. Lost with those acres was an ecosystem that is the mother's milk for the environs and wildlife that make the Lowcountry the distinctive place it is.

As the area continues to develop and more demands are put on the environs, the longleaf tracts are becoming an invaluable asset to everything from fostering the billion-dollar tourism economy to pollinating crops.

As just one example, studies by the North American Bird Conservation Initiative and others indicate serious declines in most bird species in North America. But the studies note the Lowcountry, with its huge swaths of open and protected land and shore, is becoming a refuge for more and more of those birds.

The Tibwin property fits one more protected piece in a natural corridor connecting the forest to the Cape Romain National Wildlife Refuge, another crucial link to allow species enough habitat to move and thrive.

The Conservancy's work saved years for the U.S. Forest Service, which is attempting to bring back longleaf across more than a third of the national forest's 260,000 acres, said Peggy Jo Nadler, Forest Service lands program manager.

The forest now must be managed to handle more people moving to the booming Lowcountry, and that has become more time-consuming and labor intensive. Controlled burns, critical to the health of the pine savannas, are constrained by proximity to forest edge developments, wind and weather.

The money is getting more tenuous for either group to continue the work. A $4 million grant from the state Conservation and Charleston County Greenbelt banks helped the Conservancy buy the land. The state bank now faces elimination unless the state Legislature renews and refunds it this year.

The Forest Service's purchase for $2.4 million was paid for by a federal fund that has been hanging by tender hooks for the past few years; the fund and the Forest Service itself face political opposition in Congress.

Marvin Davant, the state bank's executive director called the Tibwin property "an incredibly diverse and significant piece of our valuable coastal habitat for the use and enjoyment of our children, and for generations to come in perpetuity."