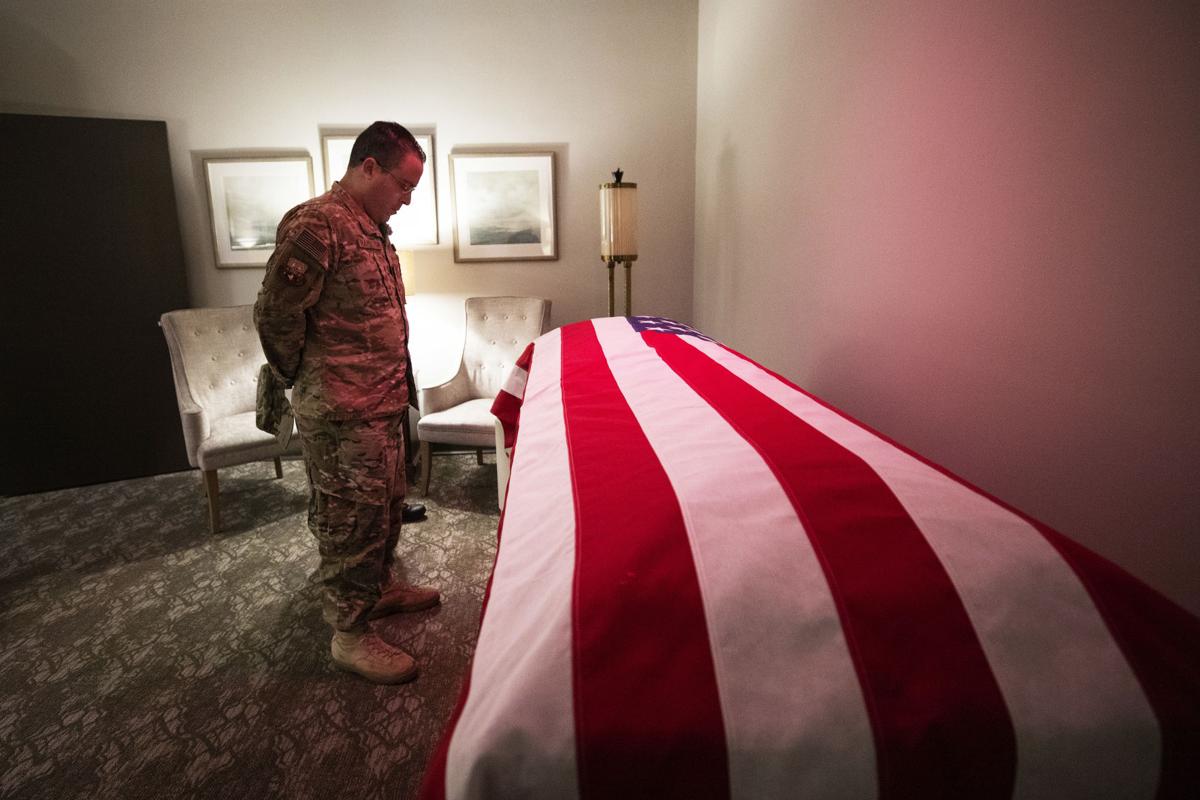 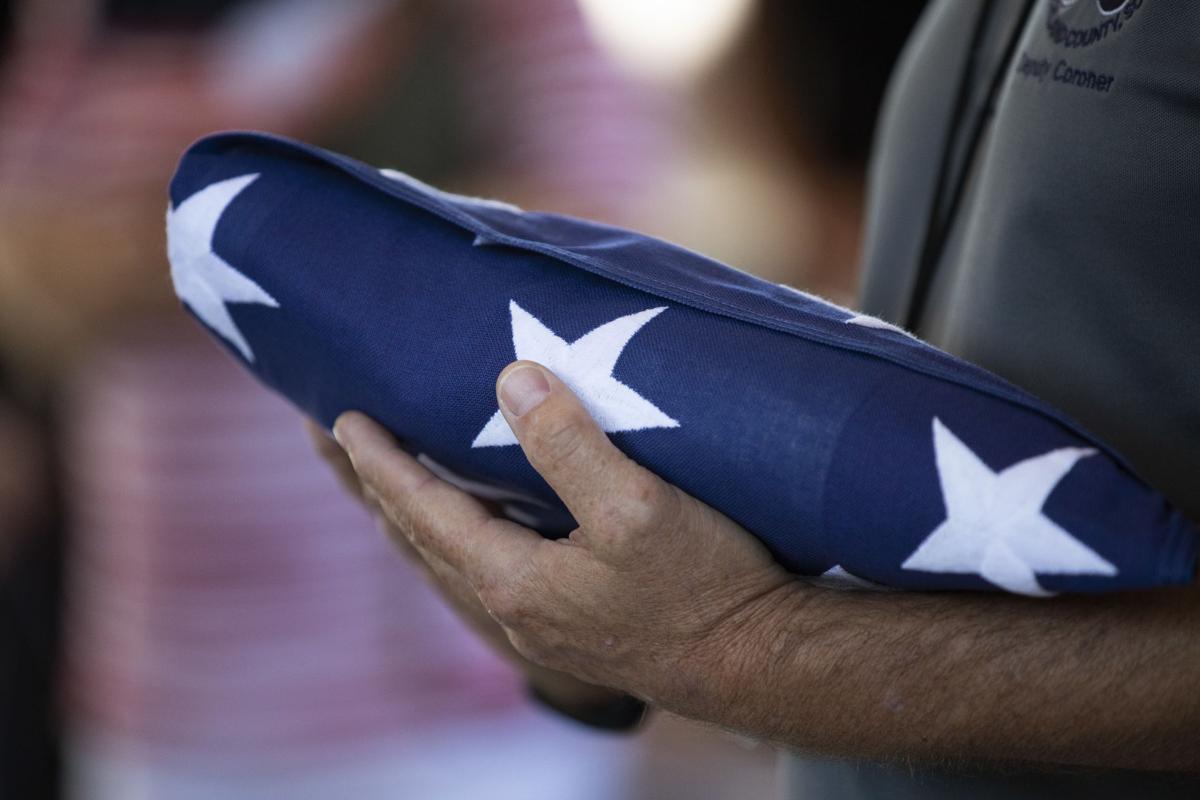 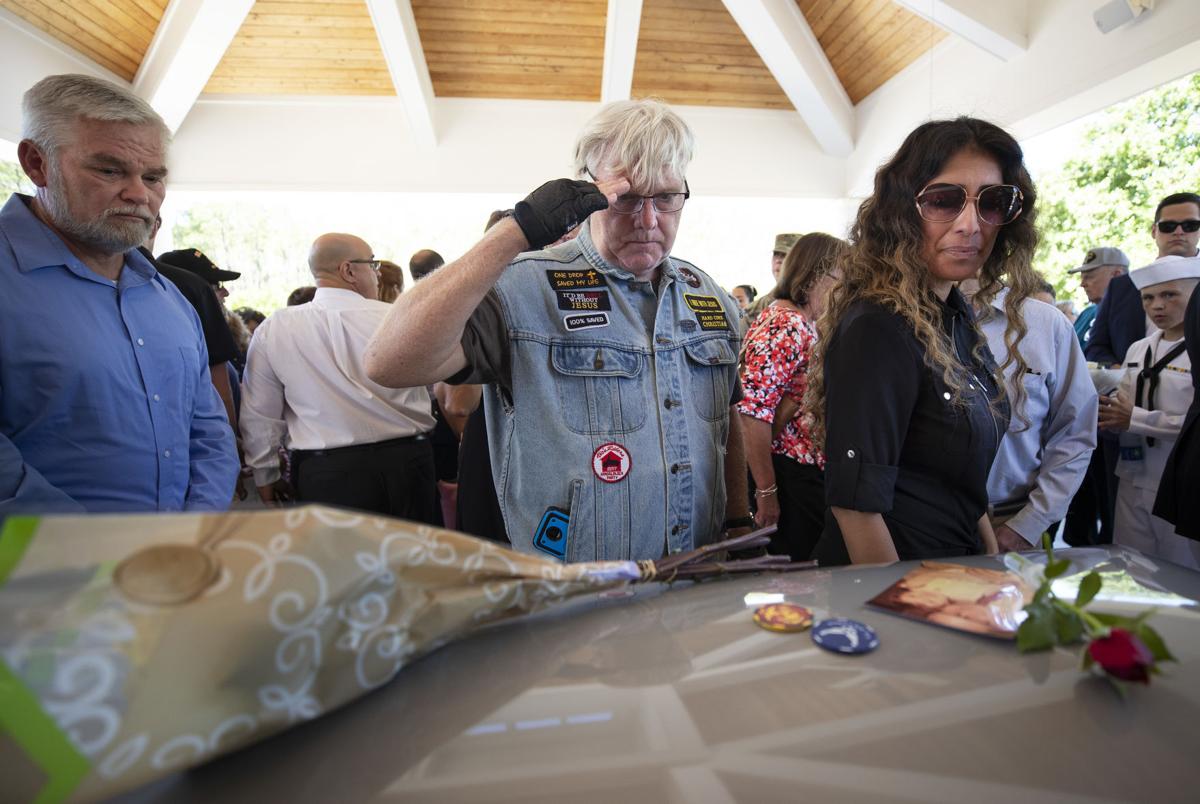 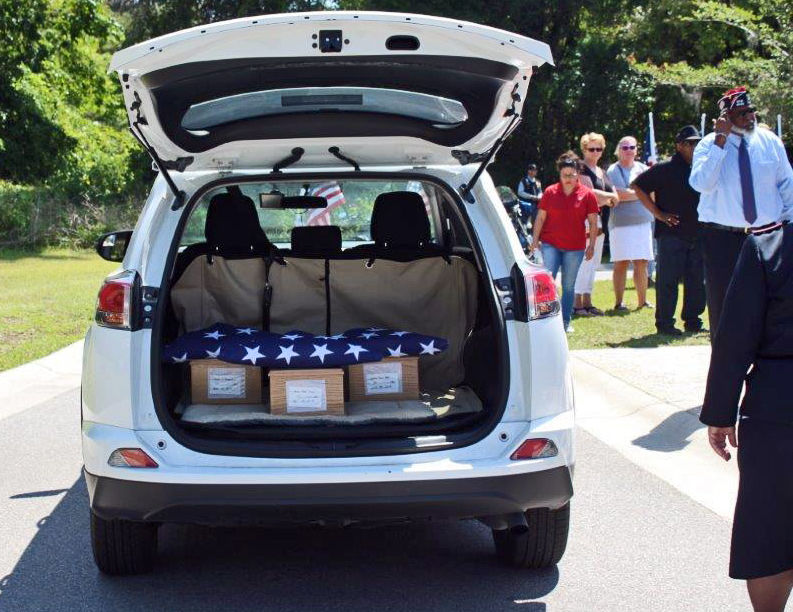 The unclaimed remains of three veterans were buried earlier this year at the Beaufort National Cemetery after having been stored for years at the Berkeley County morgue. Provided 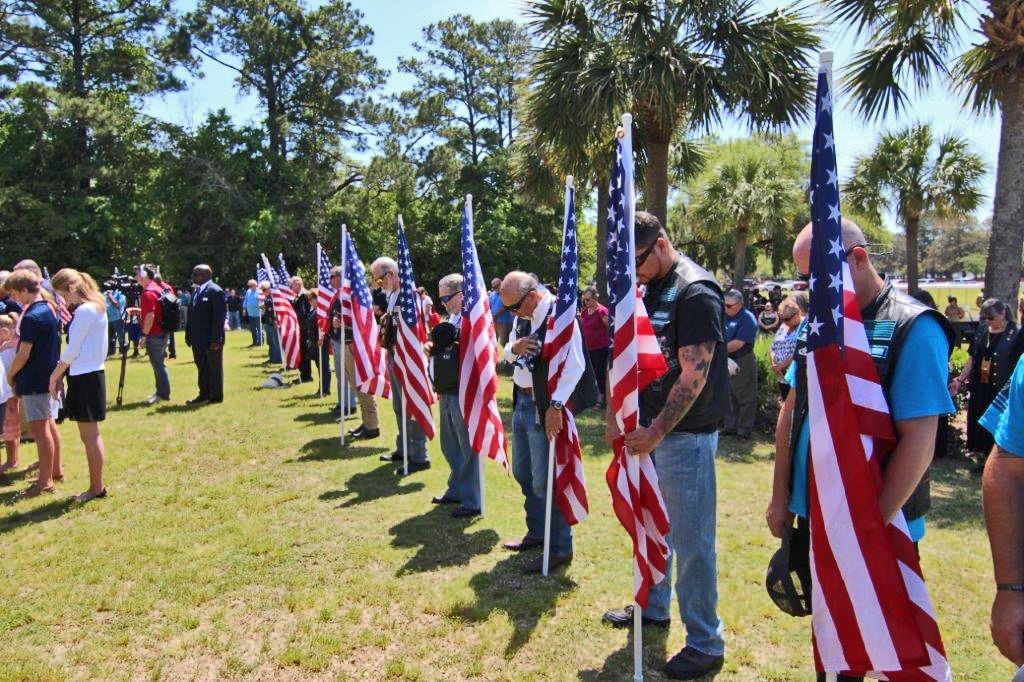 Hundreds attended the April ceremony for the unclaimed remains of three veterans buried at the Beaufort National Cemetery after having been stored for years at the Berkeley County morgue. Provided

Remains of unclaimed military veterans are sitting in morgues across South Carolina with no family to claim them, honor them or lay them to rest.

While not missing in action, they are missing in adoration. When a service member isn't claimed by their kin, sometimes due to financial burden or estrangement, it falls on the Palmetto State's 46 county coroners, funeral homes and civic-minded volunteers to identify their cremated remains and bury them. Giving them the honor they deserve isn't an easy task.

"We've been (talking) in coroner's associations about this issue," Dorchester County Coroner Paul Brouthers said. "It's a sad state of affairs when someone has to sit out on the coroner's shelf unclaimed."

At least 80 cremated veterans have been identified since 2007. But in the tri-county area alone there are still 32 unclaimed remains with coroners. The majority, 17, were in Berkeley County. There were 14 in Dorchester County and one located in Charleston County.

To give them them a proper burial, funeral homes, veterans organizations and national advocacy groups are working diligently to shoulder the burden of laying them to rest.

An SC veteran died with no known family, but hundreds showed up to give him a final salute

In April, Berkeley County Coroner George Oliver got to work trying to identify 20 unclaimed remains in the morgue. With the assistance of the Del Webb at Cane Bay Veterans Club, three of them were identified as former service members.

After getting the names, dates of birth and Social Security numbers for the men, the organization was able to identify them through the U.S. Department of Veterans Affairs.

One of them, Frank Remeikis, was a World War II veteran. His remains sat on the shelf of the Berkeley County morgue for nearly 20 years.

Remeikis, as well as the two Vietnam War-era men that were identified, were buried in Beaufort National Cemetery. Despite having no family to claim them, more than 500 people showed up to the ceremony. The Navy and Army performed flag services.

"It's good to know that they're not alone anymore," Martin Ryan, a member of the Cane Bay Veterans Club said. "Now they're finally with their comrades."

Ryan, a retired senior master sergeant in the Air Force, said their organization is just one of many statewide dedicated to burying the military.

The issue is so notable in South Carolina that the Statehouse has a law governing the burial of cremated veteran remains.

Section 25-12 of the S.C. Code of Laws states that funeral homes and coroners "must be held harmless for any costs or damages" relating to cremating and burying a veteran.

It also says the estate of the decedent is "responsible for reimbursing" a veterans' service organization, coroner, funeral home, funeral establishment or mortuary.

This could mean that a county coroner could send a bill to probate court so the bill could be covered by the state. But, Oliver said, more often than not their offices contract with crematoriums or the cost is absorbed by taxpayers.

Charleston man was killed in World War I on a ship. Now he's being awarded a Purple Heart.

William Lynch, the director of the Caughman-Harman Funeral Home in Lexington, stepped up to give Miske the funeral he deserved. Hundreds attended. Military personnel in full dress uniform stood at attention and guns fired the final salute.

Lynch's funeral home has identified and buried the remains of six veterans. He created a program, the Dignity Memorial Homeless Veterans Program, which provides a casket, files all the paperwork and manages the arrangements for a military funeral.

If Lynch had charged full price for the burials of the half-dozen, he estimates it would have cost $30,000 total. Instead, his funeral home takes on the cost.

Outside of veteran's groups and Palmetto funeral homes, there are also national organizations that work to identify and bury lost veterans.

In 2007, the Missing in America Project was born. Through a network of statewide volunteers, the nonprofit has located nearly 20,000 remains across the nation. At least 4,000 of them were identified as veterans.

Linda Smith, the national director for the project, said more than 80 veterans from the Palmetto State have been identified and buried since the group's founding.

One of the South Carolina volunteers, Larry Truax of Little River, estimates there are still hundreds of unidentified veterans in funeral homes, coroner's offices and more throughout the state.

"It's not an easy mission," Truax said. "It's about giving them the respect and dignity they deserve."