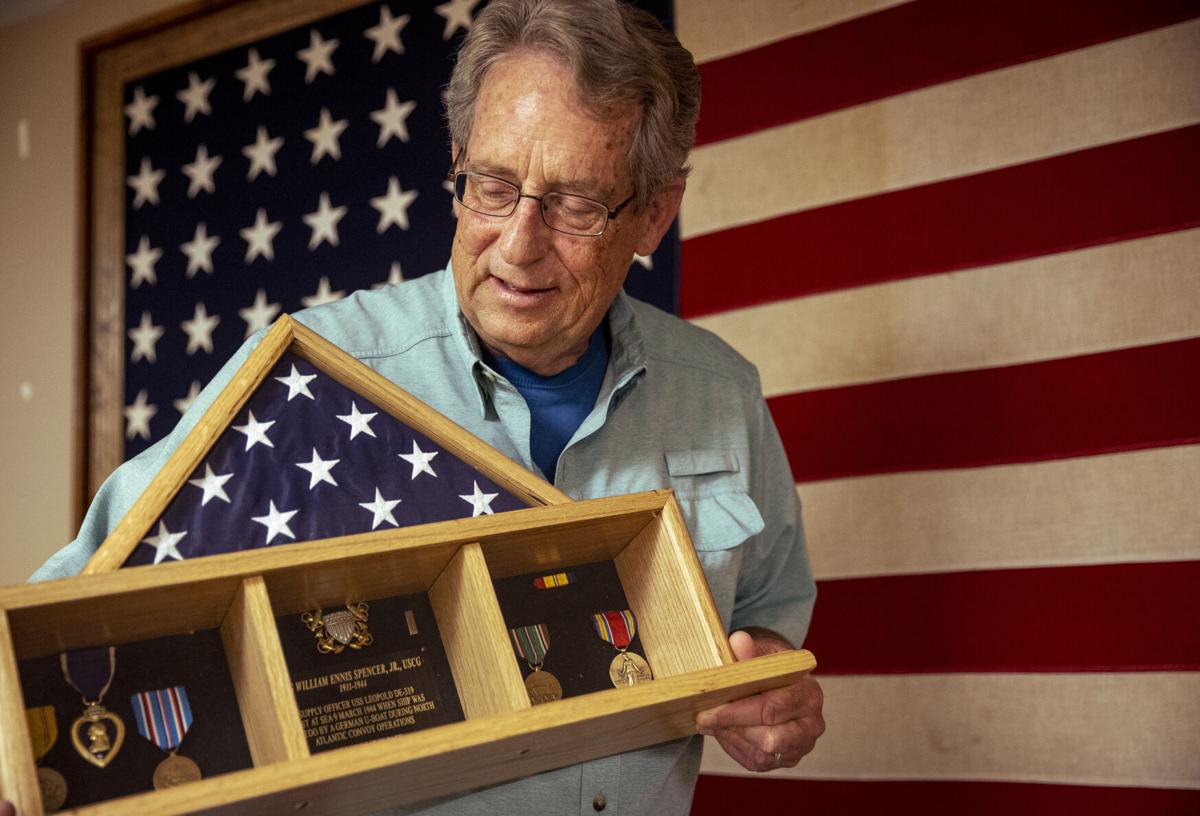 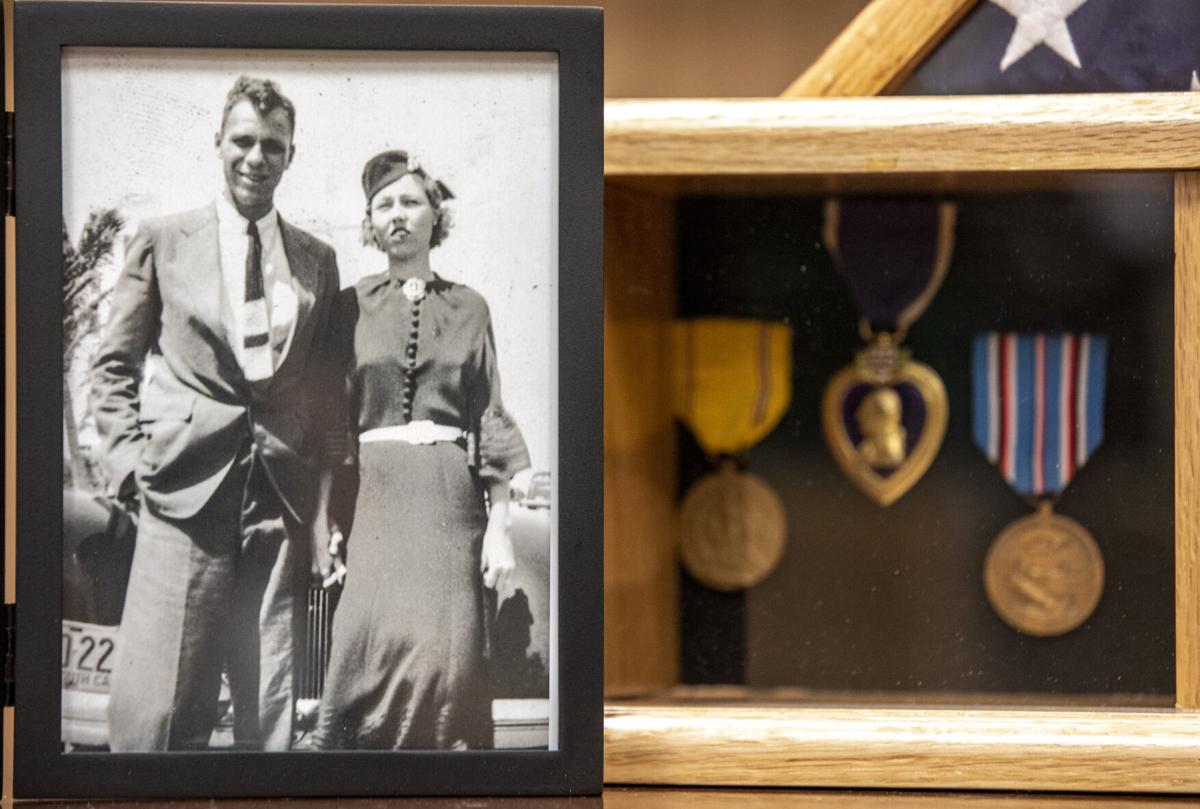 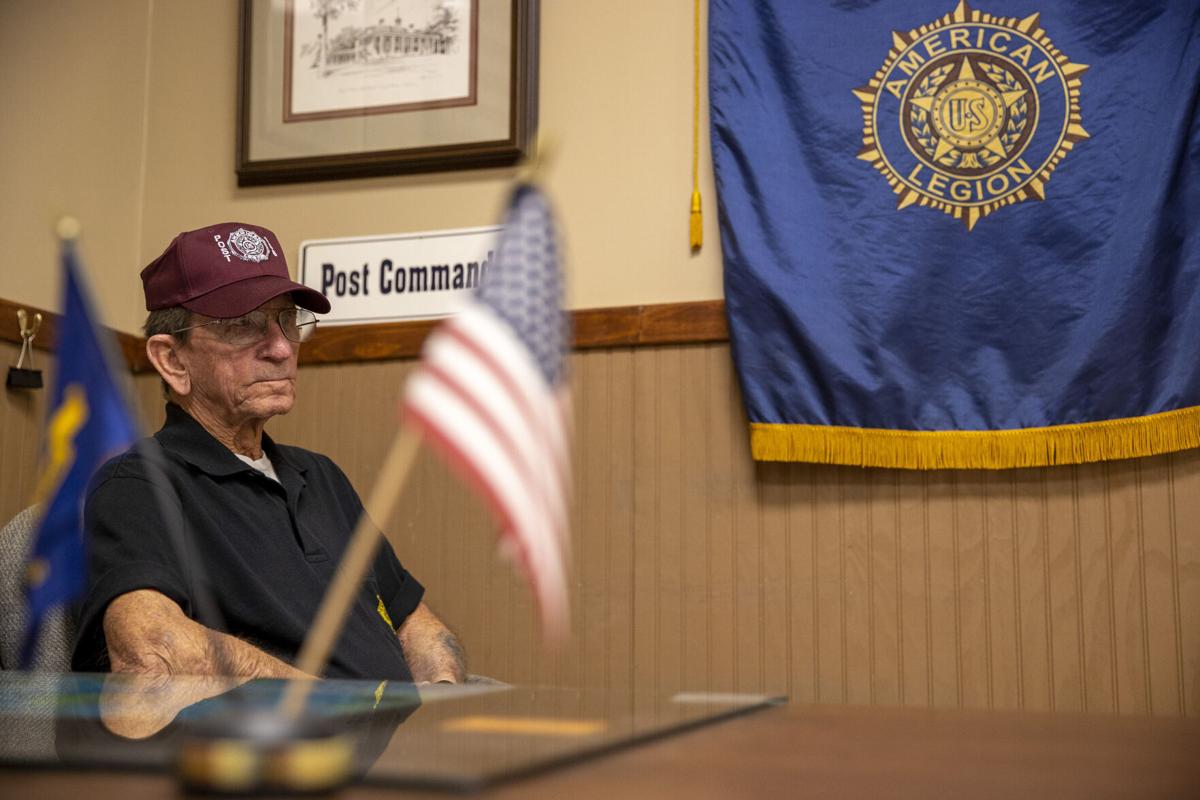 GOOSE CREEK — Nearly 2 million Purple Hearts have been awarded to brave Americans who have been wounded or killed in the line of duty, and it is one of the highest honors that can be bestowed to veterans.

So last year when a dusty cardboard box was dropped off outside the American Legion Post 166 in Goose Creek with four unclaimed World War II campaign medals and a Purple Heart, Michael Thomas was shocked.

Military citations are rarely lost. They're handed down for generations. Many veterans are buried with them. Some even end up in local museums. Thomas, a longtime member of the American Legion, knew something had to be done.

"They had gone astray," Thomas said. "We don't see medals get lost like this. It's uncommon and it captured our attention. You just don't find something like this."

Don Pace, Post 166 commander, asked for the legion's membership to create a committee dedicated to the medals' return.

For the next year, Thomas and his compatriots took it upon themselves to do some digging. They called the Department of Defense for records. They scoured the internet. They tore through old documents. They wanted to do it right.

"It was not a one-man show," Thomas said. "We spent a lot of time on this because we know what those medals mean to us."

All of the Army's chaplains are trained at Fort Jackson, but finding recruits isn't easy

They had only one clue. A name was faintly inscribed on the back of the Purple Heart: "William Ennis Spencer."

Their journey uncovered one of the worst tragedies in Coast Guard history. And when it seemed like there was no one else to turn to when their research hit a wall, a family member emerged to fill in the blanks.

William Ennis Spencer Jr. was born in December 1911 in Chicago. Unsure of what to do during the height of the Great Depression, he enlisted in the Coast Guard at age 20. His enlistment was near Port Huron, Mich., but in 1935 he was transferred to Charleston.

Not only was the weather better but, in his opinion, the women were, too. Shortly after arriving, he met the love of his life — Esther Appleby from Reevesville in Dorchester County. They married in 1937 and the couple was promptly shipped to his next duty station in Fort Lauderdale, Fla. He brought his wife with him to the Sunshine State.

It was a good and peaceful life. But in less than five years, their path completely changed.

Following the attack on Pearl Harbor in December 1941, Spencer was commissioned as an ensign in the Coast Guard and then quickly promoted to lieutenant junior grade as the new supply officer for the destroyer escort Leopold. World War II had broken out, and America needed men to fight.

At 32, he was one of the oldest men on the ship. But he commanded respect among his peers because he had been an enlisted man first.

The Leopold was commissioned for service in October 1943. A month later, it began a series of training exercises in the Caribbean but in December 1943, made a pit stop in Charleston for eight days of repairs. It is believed that Spencer was able to reunite with his wife while he was ashore.

It would be the last time they'd see each other.

On March 1, 1944, the Leopold left New York to escort a convoy across the North Atlantic to the British Isles. Eight days later, in an area 400 miles south of Iceland, the ship’s radar detected a German U-boat contact 4 miles away.

An acoustic torpedo hit the ship with devastating force. All power was lost and the Leopold began breaking apart and sinking.

Orders to abandon ship were given to the crew. But only two of the ship’s four life rafts could be launched, forcing most of the men to jump directly into the frigid North Atlantic waters.

Another escort, the Joyce, made multiple rescue attempts but couldn't get near the wreckage until midnight. In a desperate search lasting over two hours, only 28 men could be rescued.

Spencer and the bulk of the crew died from hypothermia after having been in the 42-degree water most of the evening.

Of the 199-man crew, all 13 of the ship’s officers and 158 enlisted men died that night. The Leopold was the first destroyer-escort lost in WWII, and it was the worst loss of life in a single combat action in Coast Guard history.

Despite the sinking of the Leopold, the convoy arrived at its destination intact.

The Navy and Coast Guard conducted a review of the tragedy and realized four life rafts were insufficient for a ship the Leopold's size. If there were more boats available, Spencer may have been saved. Immediate reforms followed.

Spencer's wife was widowed and childless. She eventually remarried eight years after her husband's death, and still had no children. In 1999, Esther passed away at age 87. She is buried in Reevesville.

After exhausting all he could from military records, Thomas had hit a dead end. He felt even more hopeless when he realized there were no immediate kin to contact. But he made one last attempt.

Esther's distant cousin Debbie Appleby is obsessed with genealogy. She's had an account on Ancestery.com for 20 years. In June, she logged on and saw that she had a message in her inbox from Thomas. The American Legion member had stumbled upon her account.

Thomas informed her that the group had been trying to track her down. Together, the two filled in the missing pieces of Spencer's life and gathered photos. The American Legion made a special shadow box holding the five medals to give to her on Veterans Day.

"They will become more than names on the family tree," Appleby said. "They now have a story that can be shared with future generations."

Debbie Appleby lives in Southport, N.C. She spent Tuesday on the road driving for a special ceremony at the American Legion post on Wednesday afternoon. On the way, she dropped flowers of at Esther's grave in Reevesville.

She speculates that when Esther died, the trailer where she was living was cleared out and the medals lost in the shuffle.

No one knows who dropped them off but now she knows they'll be in good hands.

"Fate just kind of took the medals on their own path," Appleby said. "I am now the caretaker of them. It's not just a box of stuff anymore."