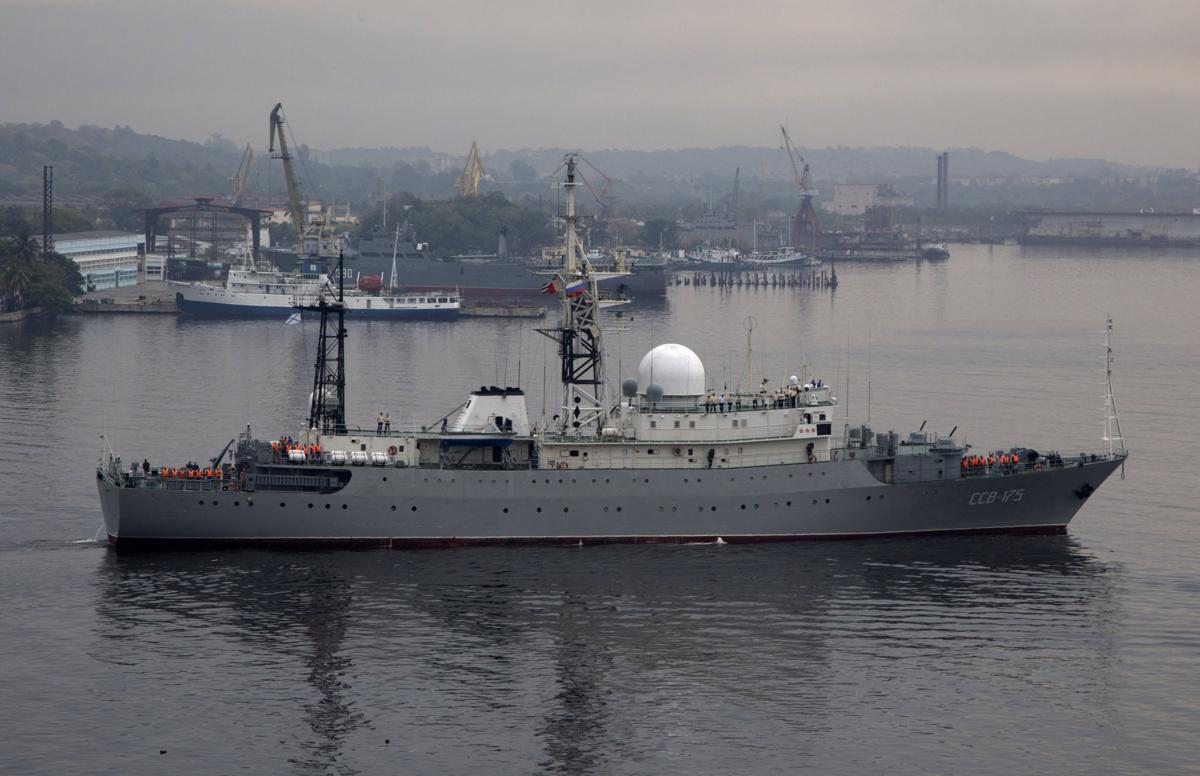 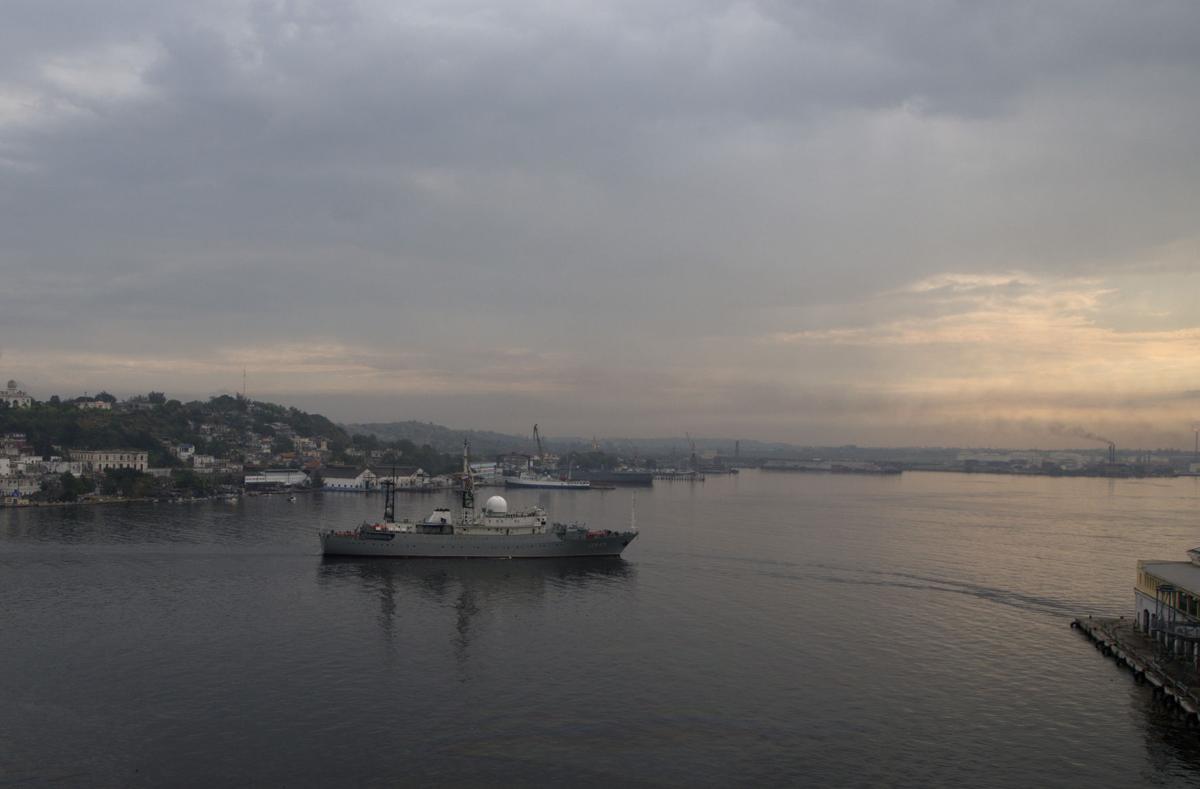 Russian warship Viktor Leonov enters the bay in Havana, Cuba, Tuesday, March 24, 2015. The Russian warship raised alarms with the U.S. military as it moved off the coast of South Carolina over the weekend. File/AP

A Russian surveillance ship raised alarm with the U.S. military as it traveled down the South Carolina coast over the weekend.

Coast Guard Lt. j.g. Phillip VanderWeit confirmed that the Viktor Leonov had been off the Southeast shore on Saturday and Sunday.

VanderWeit said the ship was "more than 100 miles" off the Charleston coast and that it had made close contact with commercial vessels over the weekend, raising red flags. The U.S. Navy's USS Mahan, an Arleigh Burke-class destroyer, was operating close to the Russian ship, too, CNN reported.

A Marine Safety Information bulletin details the "unsafe manner" in which the Vishnya-class spy ship was operating.

"This unsafe operation includes not energizing running lights while in reduced visibility conditions, not responding to hails by commercial vessels attempting to coordinate safe passage and other erratic movements," the memo stated.

It was moving north to south.

The Viktor Leonov has regularly traveled in international waters along the East Coast since 2015.

Carl Jensen, the head of the department of intelligence and security studies at The Citadel, said the move by the Russians was not uncommon. As a 1978 graduate of the Naval Academy who served aboard submarines from 1978 until 1983, encounters with enemy ships were common.

"This is something that has been going on since the Cold War," Jensen said. "They would constantly try to harass us."

Jensen said there is "sophisticated technology" aboard the vessel that is often used for tracking American ships.

Russia has increased patrols in the eastern seas since seizing Crimea from Ukraine in 2014, and American warships are often shadowed by their ships while they operate in the Black Sea.

Last week, President Donald Trump held a meeting with the Russian foreign minister, Sergei Lavrov, amid tense relations between the two countries. Since the 2016 election, allegations of foreign interference in American elections has contributed to the diplomatic strain.