Charleston County Volunteer Rescue Squad responded to a fire on a "floating island" near Folly Beach on Jan. 1, 2019. CCVRS/Provided

Charleston County Volunteer Rescue Squad responded to a fire on a "floating island" near Folly Beach on Jan. 1, 2019. CCVRS/Provided 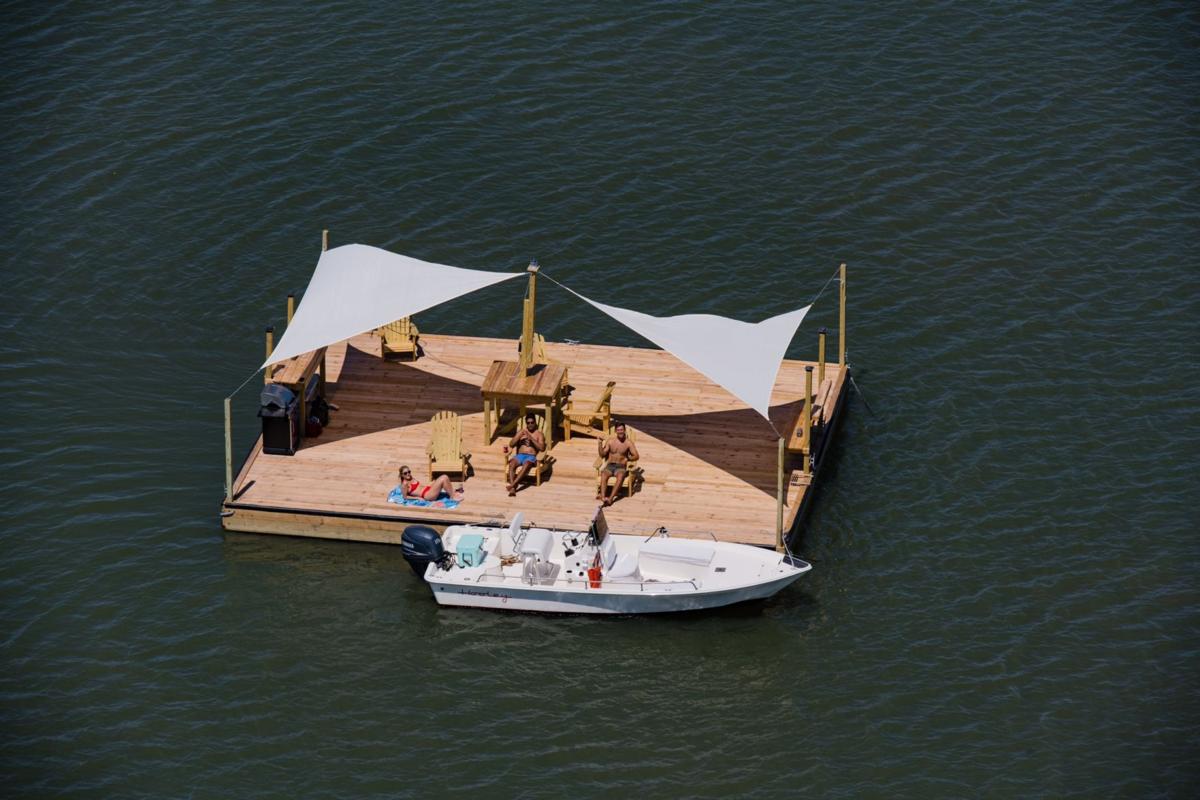 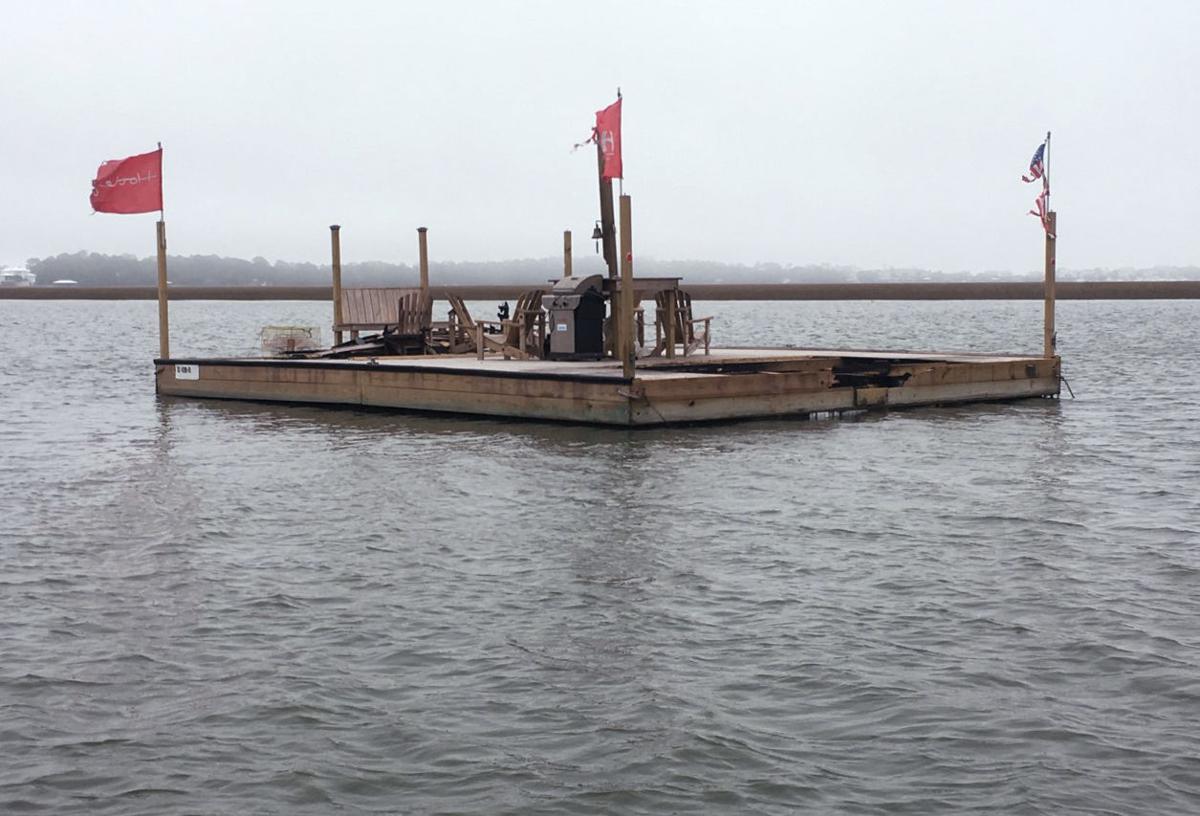 This "floating island" near the Folly River may now qualify as a boat after the owner attached a motor. The structure, seen on Jan. 3, 2019, was recently damaged by a fire. DHEC/Provided

A floating dock firmly anchored near the Folly River — which state regulators have sought to remove for months — may have found a loophole.

The owner affixed a motor to it and claims to have registered it as a watercraft.

The change was discovered only after the platform caught fire on New Year's Day.

"The motor's registered, I paid my taxes on it," said Steve Turano, a charter company captain. "It’s a registered vessel with (the Department of Natural Resources)."

A number affixed to the side of the platform links to an active registration with DNR. The agency's boat registration office in Charleston confirmed that Turano was listed as the owner.

The platform is roughly 400 square feet, with furniture and a grill affixed to a wood deck with flotation underneath. It is anchored to the creek bed about a mile from Folly Beach.

The site is used by Huckfin Charters — Turano's employer — and has been the center of controversy because the company did not seek a permit before planting it in the creek.

In the early hours of Jan. 1, a local fire service received a call reporting smoke in the area. Nick Christo, a division chief with Charleston County Volunteer Rescue Squad, responded to the fire at 6:21 a.m. that day.

Flames were still visible as the crew approached. Photos posted on Facebook by responders show a large blackened area along one edge of the raft, with a hole as long as 5 feet in the wood.

"We don't know if it was vandalism or if someone went on there and was shooting fireworks off," Turano said.

Chief Andrew Gilreath, of Folly Beach Public Safety, said that investigators found a box of fireworks on the raft.

The dock, initially called a "floating island" by some, raised eyebrows last spring when it appeared near the mouth of a creek connected to the Folly River. Huckfin has used it for events, including a bachelorette party, according to an August post on the company's Instagram page.

Some praised it as a new party spot; others said it was junking up the splendor of the creek.

While many joked about visiting it themselves, Turano asserts the deck is private property, not a public playground.

The state says the free-floating platform doesn't belong there.

The S.C. Department of Health and Environmental Control told the dock's owners in April it needed to be removed. The agency regulates building in sensitive environments such as creek beds, and said the structure should have been reviewed before it was built.

The owners formally replied in June that it was legal because it fell into a gray area — not quite a boat, nor a traditional dock with pilings.

After that, the case mostly fell quiet. But in the intervening months, the motor was attached to the raft. Huckfin's website now refers to it as an "island boat."

Christo, of the rescue squad, said the motor appeared to be steered by a tiller handle and had been mostly destroyed by time he arrived on the scene of the fire. Gilreath, who saw it more than once before the fire while patrolling the waters around Folly, said it was a low horsepower and did not appear to have a fuel source.

Some observers were skeptical last year when the platform owners said state law didn't apply to their craft. One environmental attorney told The Post and Courier that their legal response contorted state regulations.

A state lawmaker drew a comparison to the floating marina at Patriot's Point, which is similarly anchored and did receive a permit.

Now that the vessel is registered, it is unclear what that means for the state's environmental agency, which maintains that the craft is violating state law.

DHEC spokeswoman Laura Renwick said agency staff conducted a site visit on Friday to inspect the structure and were still pursuing enforcement measures. They were aware of the motor.

"As best we can determine, it was installed during the latter part of 2019," she wrote in an email.

Meanwhile, Turano, who was out of town when the blaze occurred, said some friends had gone out to the raft by Friday to begin repairing it.

This story has been updated to reflect the registration number on the side of the floating deck and more details about the fire investigation.

The wooden island near Folly Beach has been a hit among customers and boaters in the waterway, said Steve Turano, a captain with Huckfin.