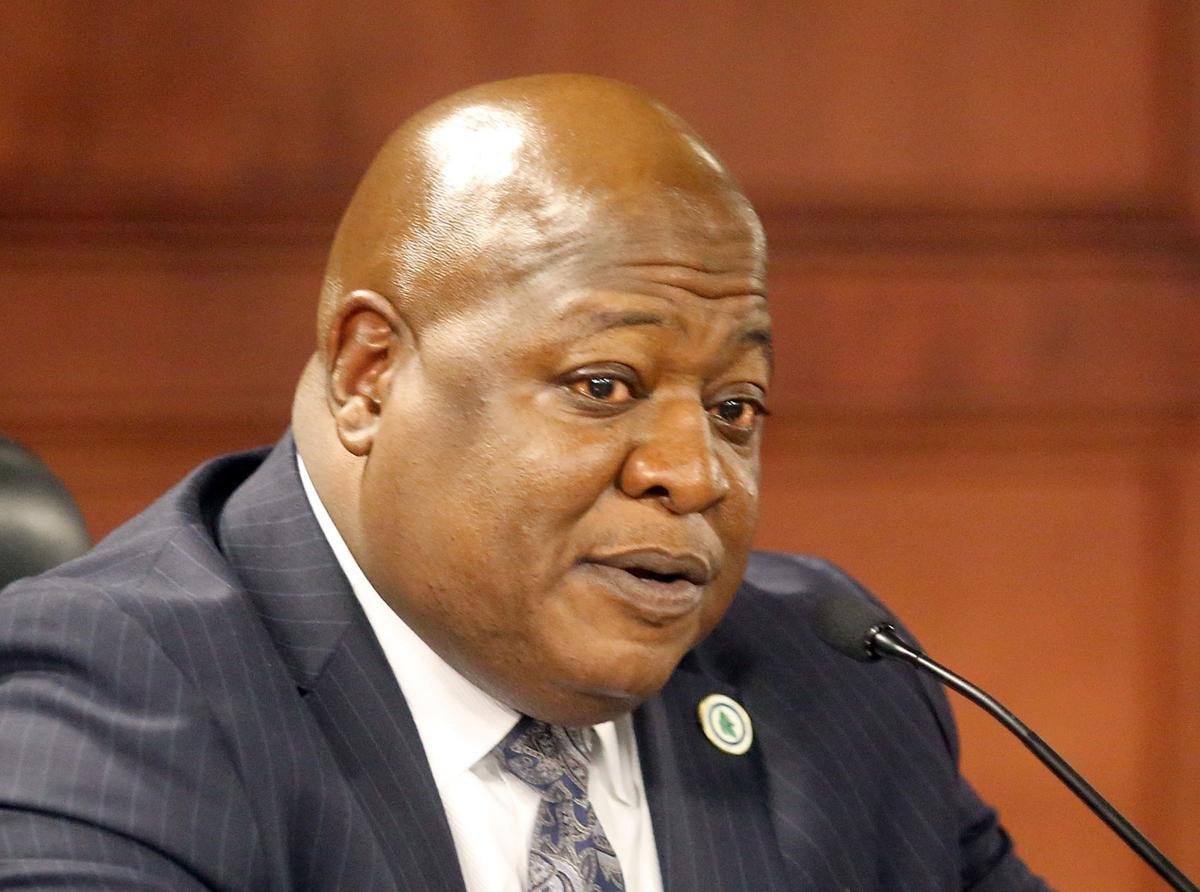 North Charleston District 5 council member Jerome Heyward speaks on Jan. 7, 2020, after being sworn in. Heyward was a consultant for Charleston County but little is known about what he did for the county or why his contract was not renewed. File/Brad Nettles/Staff

In May, Charleston County Administrator Bill Tuten notified a well-connected consultant that his services were no longer needed, ending an agreement that paid the adviser $7,000 per month in taxpayer money.

"Thank you for your service to Charleston County,” Tuten's brief letter to consultant Jerome Heyward read. "At this time, we will not be renewing your contract."

Tuten gave no reason for his decision to cut off Heyward, a North Charleston city councilman who had earned $81,000 in a year's time from the county government. Nor did he address a larger question that remains unanswered more than six months later: Just what did Heyward do for that money?

After questions about the arrangement surfaced this summer, The Post and Courier filed Freedom of Information Act requests with the county seeking records that might explain the reasons for Heyward's hiring and what he did with his time. But the thin file that emerged from those requests produced more questions than answers.

His contract offers few details about his work, saying only that Heyward was providing "consulting services related to the procurement of state funding" to help address the county's transportation needs. His invoices detailed no specific tasks or accomplishments, noting "Consultant Service in Columbia Special Assignment," but little else.

Tuten refused to discuss Heyward's contract with The Post and Courier, as did his predecessor, who initially hired the consultant. A county spokeswoman also declined to answer questions about the arrangement.

Heyward, who is also on the Charleston County Aviation Authority board, has long been sought after for his connections and knowledge of state and local affairs, and he served as a Statehouse lobbyist in years past.

But he was not registered to lobby on behalf of the county during his time as a consultant. He was paid with money used for expenses related to "Parking Garages," records show.

Heyward, in a recent interview, said he did no lobbying on the county's behalf. But he refused to spell out what his duties were, what projects and funding sources he focused on or who he interacted with, repeatedly referring back to his agreement to explain his work.

“It’s outlined in the contract,” he said. “I did exactly what they asked me to do.”

Heyward said he also did not know why his contract was not renewed.

Heyward has had several jobs over the years, including a stint in law enforcement. He worked as a Charleston police officer before he was fired in 1992 for allegedly associating with a suspected drug dealer, The Post and Courier reported at the time. He denied the accusation, and Charleston County Sheriff Al Cannon stood by him, hiring Heyward to work as a detention officer and then a deputy, records show.

Heyward later left policing and ran car washes, The Post and Courier reported at the time. Also in the 1990s, he sought political offices, running unsuccessfully for Charleston City Council and Charleston County Council positions. He was later appointed to the state Human Affairs Commission before shifting to lobbying and consulting work in Columbia. Among his recent clients were a Lowcountry animation studio and South Carolina State University.

In 2016, Cannon called on his former employee to advise the sheriff on community issues, particularly related to Black residents, in the wake of two events that roiled the region the previous year: the fatal shooting of Walter Scott by a North Charleston police officer and the massacre of nine worshippers at Charleston's Emanuel AME Church.

“I knew he got around pretty well in the community,” Cannon said in an interview. “He reported to me, and kept me abreast of what was going on out there and what people were thinking.”

The Sheriff’s Office paid Heyward, and a limited liability corporation registered to him, $205,000 from December 2016 through March of this year, records show. Cannon said he ended the arrangement after he saw less need for Heyward's services.

Before the contract ended, Heyward had increased his profile, winning a seat on the Charleston airport board and on North Charleston City Council.

The sheriff said he was surprised to learn that Heyward was also working as a consultant for county government. Cannon said he had recommended Heyward's services as a potential community liaison to some county councilmen but they never responded to his suggestion nor mentioned that they had hired Heyward. He declined to name those officials.

"I was blown away to find out they were paying him, too," Cannon said. "It upsets me a little bit that they did that and didn’t say anything to me about it."

Jennifer Miller was the county's administrator in early 2019 when she signed off on Heyward's consulting contract, which was not voted on by the County Council. The agreement noted his “particularized knowledge and experience” related to obtaining state funding.

Heyward's first invoice was dated in February of last year.

Months later, Miller was still in charge when Heyward received a contract extension and a raise from $5,000 to $7,000 per month.

Like Tuten, Miller declined to answer questions about the agreement.

“Please consult the county directly,” said Miller, who left her job for unexplained reasons in January along with a $221,649 payout.

Some County Council members said they were unaware Heyward was even working for the county during the time he was under contract.

That includes Vic Rawl, who also served on the Aviation Authority board with Heyward, and Councilman Dickie Schweers. Both said they still don't know what Heyward did.

“My reading between the lines would be 526, but I don’t know for sure,” Schweers said, referencing the long-running, controversial effort to extend Interstate 526 across to Johns and James islands.

Elliott Summey, the outgoing County Council chairman, did not respond to requests for comment by phone and email. Summey, whose father is the mayor of North Charleston, was picked to be the Charleston airport's new CEO in January, even though no outside candidates were considered for the position and he had no experience in the aviation industry.

Heyward was among six airport board members, including Rawl, who voted in favor of Summey taking the top job.

In July, freelance columnist Steve Bailey raised concerns about Heyward's consulting contract with the county, and his vote for Summey, in The Post and Courier.

Heyward felt the column targeted him as a Black elected official and called it unfair and inaccurate. In a social media video, he said he might use an “AR” and go “hunting” in response. The South Carolina Law Enforcement Division investigated his comments but determined that Heyward had no plan or intent to harm anyone.

By then, the county had already stopped paying Heyward for his consulting work.