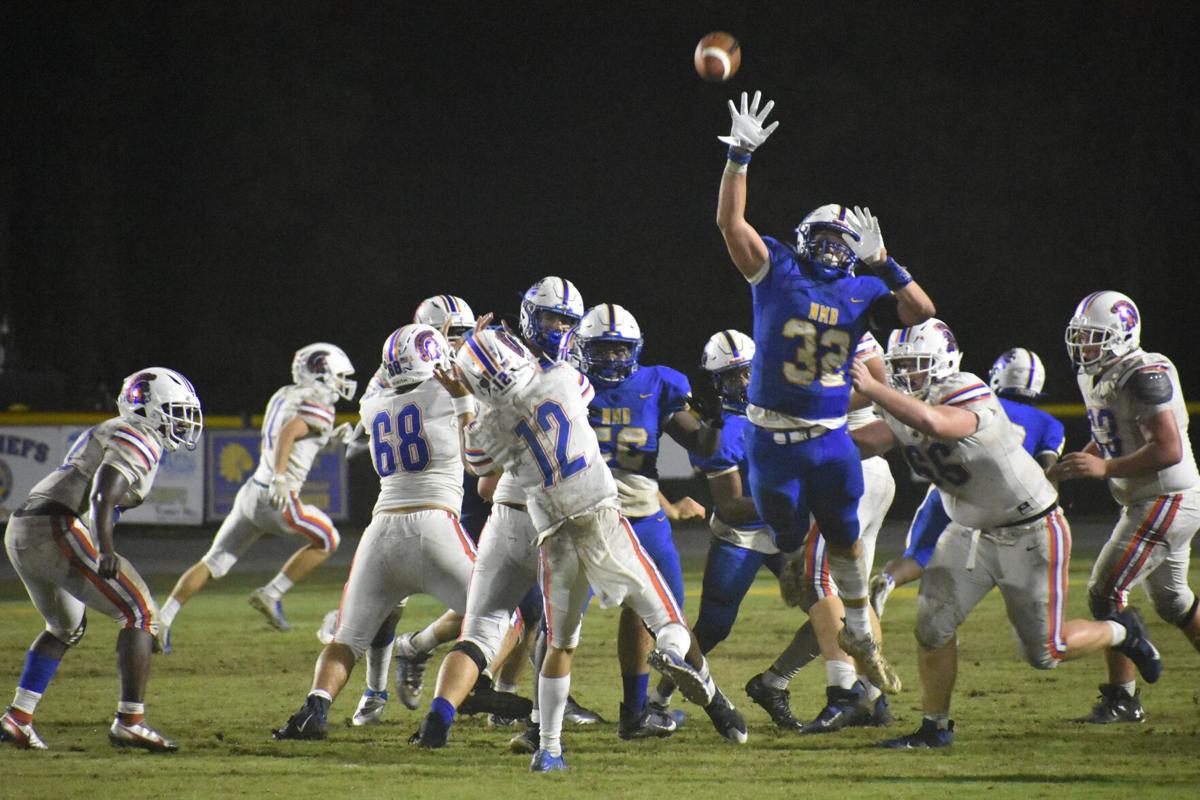 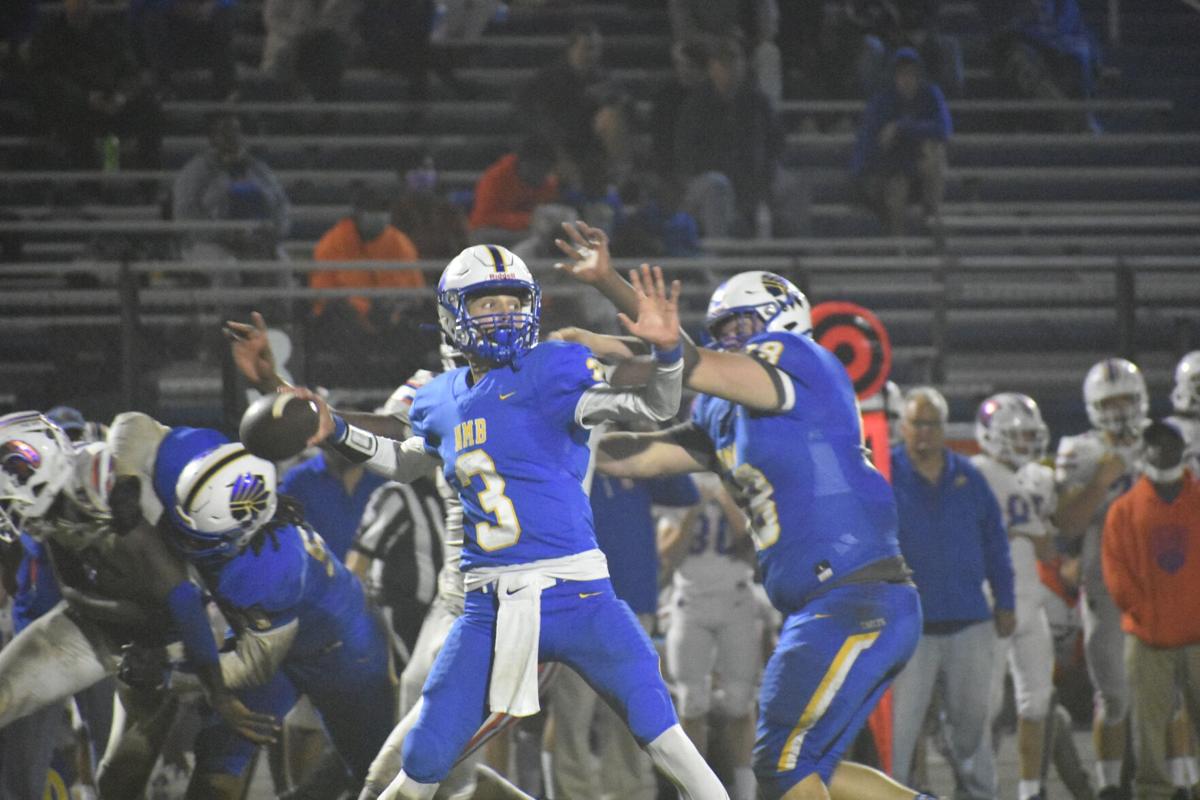 Sophomore quarterback Wil Murray looks to throw a pass in a game Nov. 13. 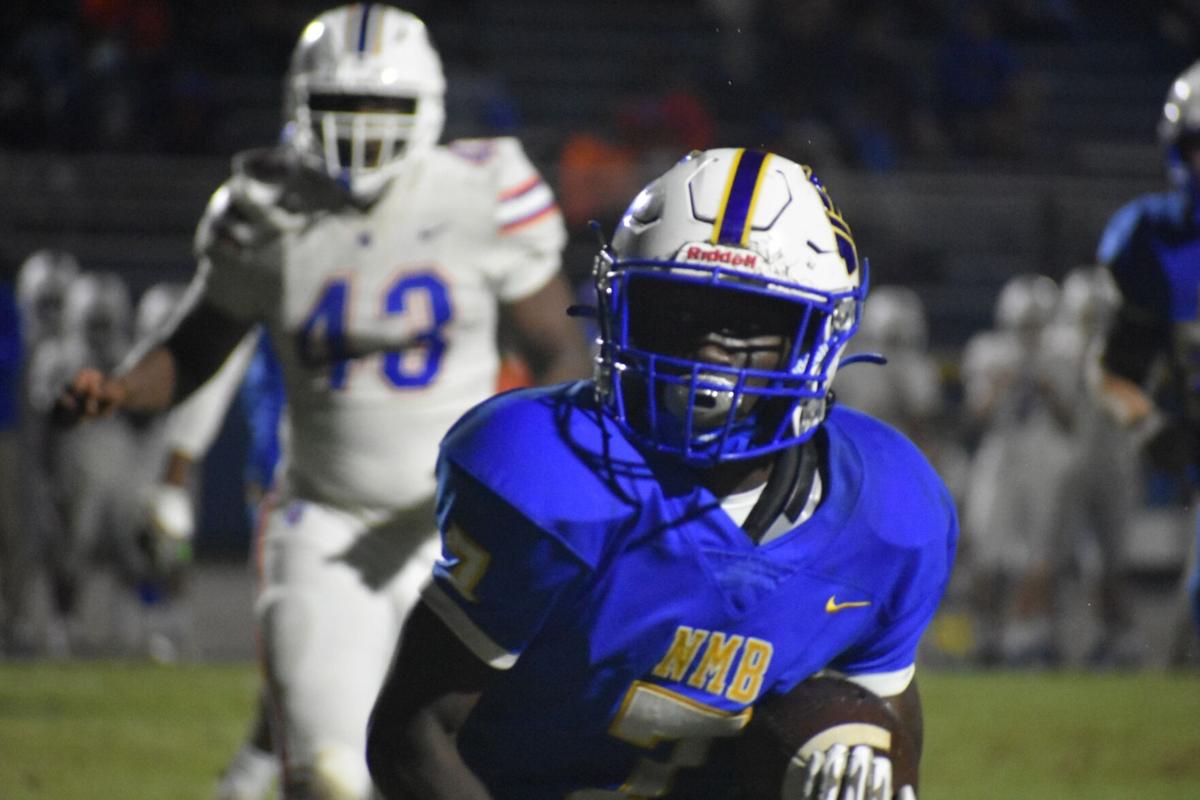 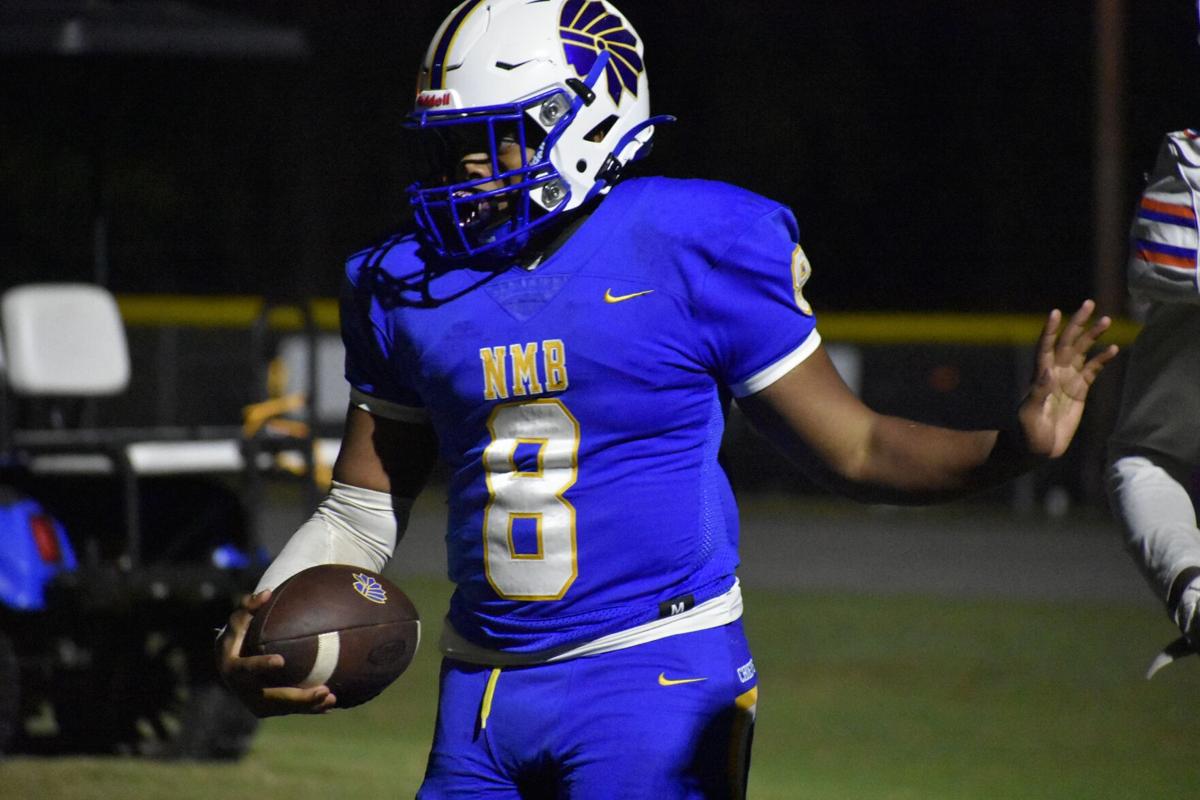 Senior running back Devin Montgomery rushed for 90 yards in a game against James Island Nov. 13. 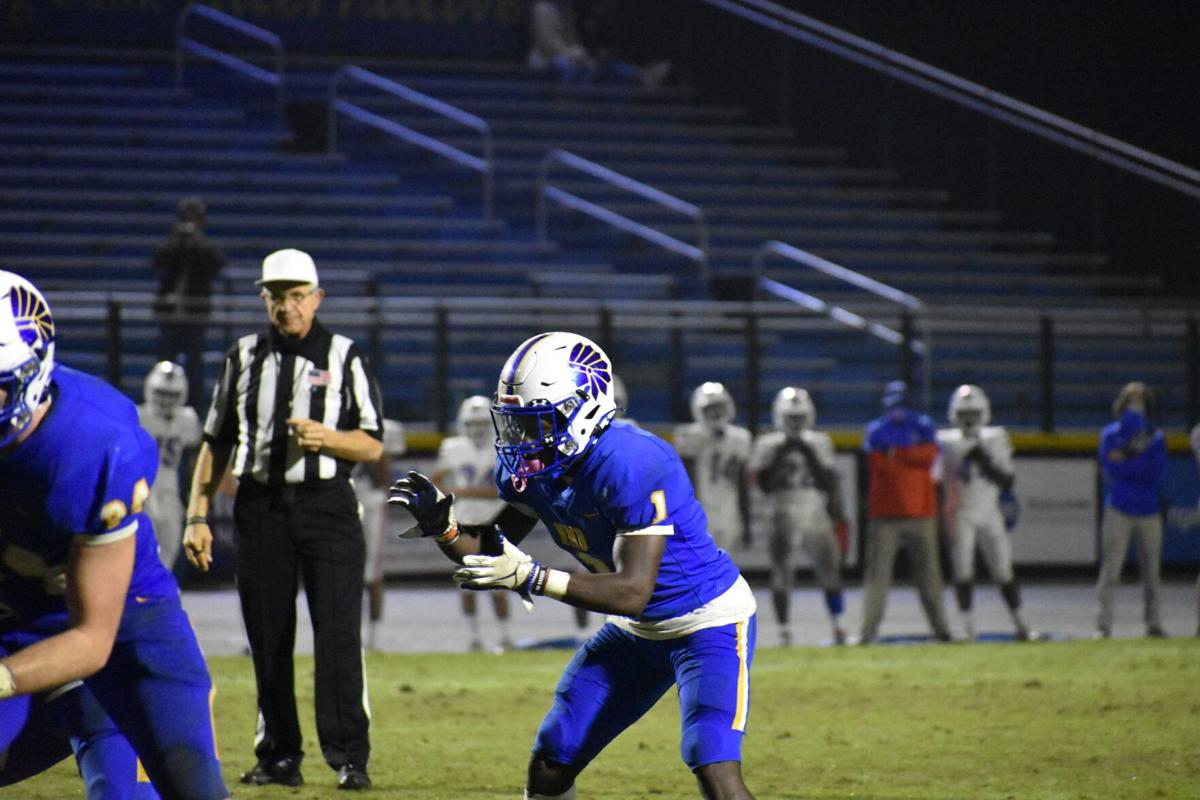 Running back Elijah Vereen calls his own number in a wildcat formation Nov. 13.

NORTH MYRTLE BEACH — The North Myrtle Beach Chiefs rushing attack pounded the James Island Trojans for 404 yards, taking home a 41-12 victory in the first round of the Class 4A playoffs Nov. 13.

“The kids played hard and did their jobs,” head coach Matt Reel said after the victory. “They played together, and we controlled everything like we wanted to.”

Livingston added his second score on the night at the 10:16 mark of the second quarter when he ran in a touchdown from 16 yards out. After a successful 2-point conversion, James Island quickly found themselves in a 20-0 hole.

One bright spot on the night for the Trojans was 218 passing yards in the air. With 2:47 to go until the break, James Island quarterback Braxton Scott threw a 39-yard pass to Jaden Scott, making it 20-6.

North Myrtle Beach quickly answered with a 39-yard run by Nick Moss, making it 27-6 and the score at halftime.

Coming out of the break the Chiefs offense didn’t let up, using Elijah Vereen in a series of wildcat plays. He called his own number and scored on an 8-yard touchdown to make it 34-6 after a 5-play, 74-yard drive.

“He (Vereen) is a really good player, and we need to get him the ball more,” Coach Reel said. “That’s an easy way to do it.”

With 5:23 to go in the third quarter, Montgomery scored his second touchdown of the night after a 5-play, 58-yard drive, making it 41-6 and basically putting the game out of reach for the Trojans.

Backup sophomore quarterback Wil Murray was able to get some snaps under center in the second half, gaining valuable experience, according to Reel.

“Will is one of the guys that a lot of people aren’t talking about right now, but he’s a really good football player,” Reel said. “He’s done a great job orchestrating things. I told him that when he came in, we weren’t going to shut things down. We’re still going to throw the ball. Moving forward, you never know when you are going to need him.”

The stars on the night, however, was the offensive line, opening enough holes for a 404-yard performance from the rushing attack.

“I think that kind of speaks for itself,” Reel said. “There’s not a whole lot that I can say about that. We challenge our guys every week to be the most physical group out here and they did a great job of that tonight.”

Livingston echoed his coach’s statement, saying that “everything starts with them.”

North Myrtle Beach will host North Augusta next Friday in the second round of the state playoffs. North Augusta defeated May River 20-13 in overtime to advance.

For the first time in its 51-year history, the North Myrtle Beach Chiefs are headed to the Class 4A Lower State Championship game after defeating North Augusta 35-10 on Nov. 20.