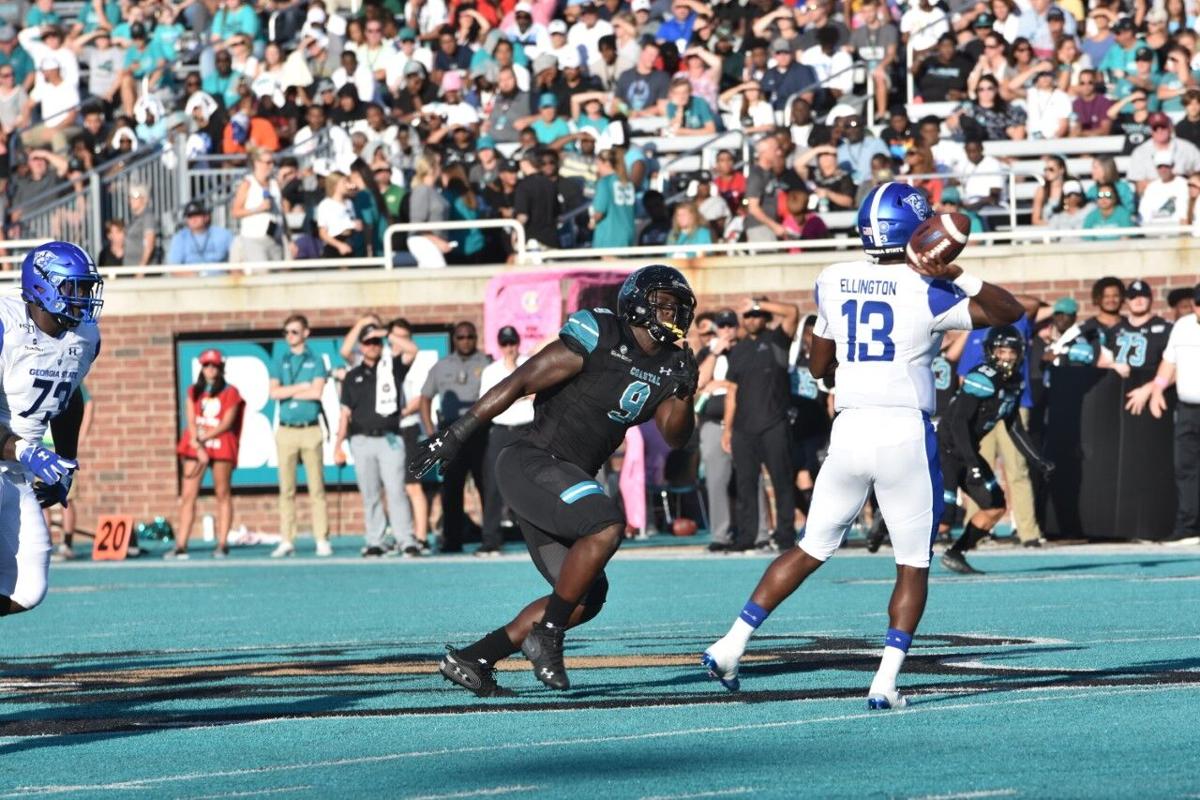 Coastal Carolina defensive end Tarron Jackson (9) was named to the 2020 Bronko Nagurski Trophy preseason watch list on July 21. The trophy, presented by LendingTree and the Football Writers Association of America (FWAA) in conjunction with the Charlotte Touchdown Club, is presented to the NCAA Division I National Defensive Player of the Year 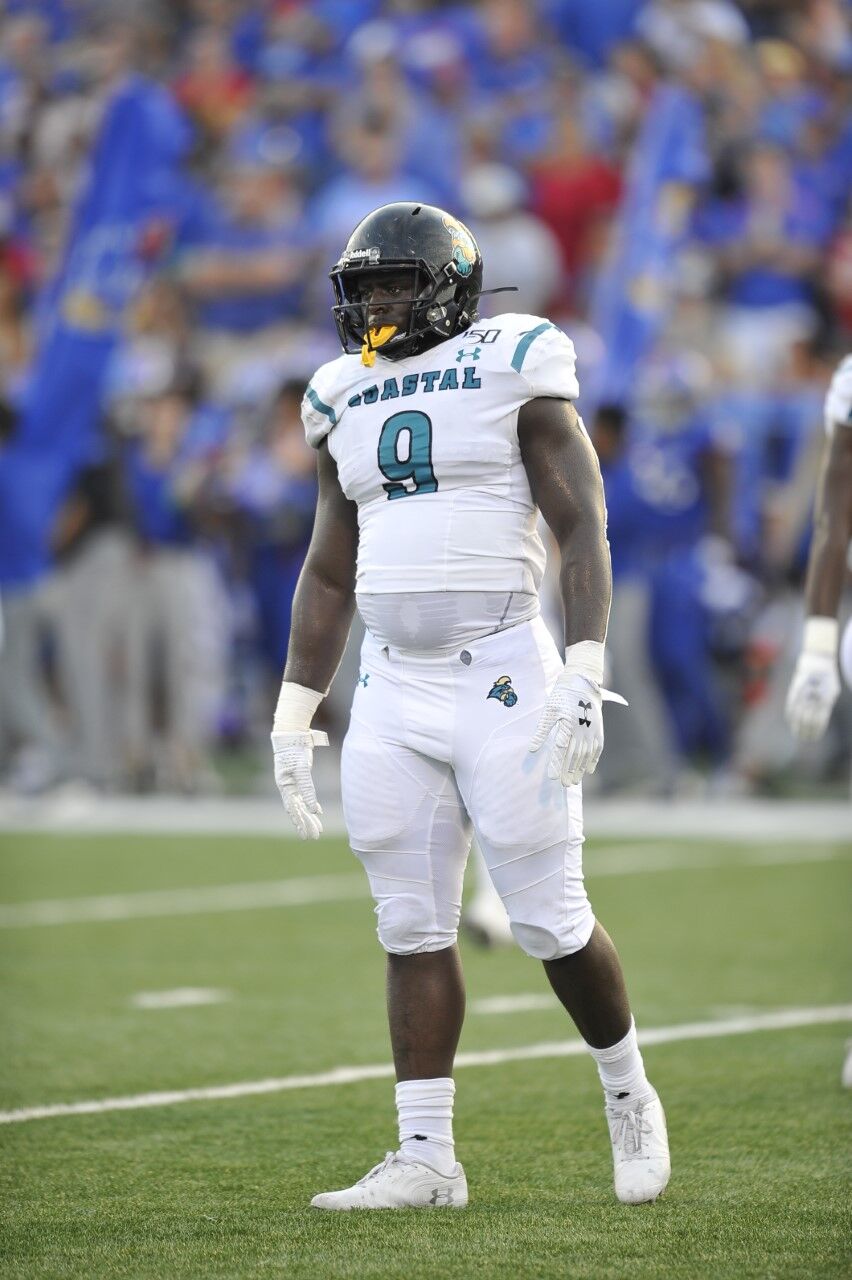 Coastal Carolina defensive end Tarron Jackson (9) was named to the 2020 Bronko Nagurski Trophy preseason watch list on July 21. The trophy, presented by LendingTree and the Football Writers Association of America (FWAA) in conjunction with the Charlotte Touchdown Club, is presented to the NCAA Division I National Defensive Player of the Year

The accolades keep pouring in for Coastal Carolina’s Tarron Jackson.

The trophy, presented by the Football Writers Association of America (FWAA), is presented to the NCAA Division I National Defensive Player of the Year. The watch list includes a total of 98 defensive standouts from 66 schools in all 10 Division I Football Bowl Subdivision (FBS) conferences, plus independents.

“It’s a blessing to be on the watch list,” Jackson said. “I feel good about it, to be in that group.”

The FWAA has chosen a National Defensive Player of the Year since 1993.

In 1995, the FWAA named the award in honor of the legendary two-way player from the University of Minnesota, Bronislaw "Bronko" Nagurski. After playing for the Golden Gophers, Nagurski then became a star for the NFL’s Chicago Bears in the 1930s. He is a charter member of both the College Football and Pro Football Halls of Fame.

Jackson was also named to the Bednarik Award watch list in early July, an award presented annually to the College Defensive Player of the Year by the Maxwell Football Club, while also being named a 2020 preseason first-team All-Sun Belt selection by Phil Steele, Athlon Sports, Lindy’s and College Football News (CFN). He was also tabbed by the 2020 College Football America Yearbook (CFA) Group of 5 Preseason Starting Lineup this preseason.

A 2019 team captain, Jackson recorded five tackles or more in six of Coastal Carolina’s 12 games last year, including a career-high 10 tackles against Georgia State on Oct. 12. Jackson also tied the single-game Chanticleers record for sacks with 3.0 against Texas State in the regular season finale on Nov. 30.

Jackson knows what he needs to do going into this season if he’s going to have another breakout year.

“I have to have the same mindset and never get complacent,” he said. “Whether it’s run or pass, if the coach says I need to work on that, I’ll work on that and get better each day.”

Jackson said he and the team have been working hard to get their bodies ready for the season during quarantine.

“The team has been working out and following guidelines,” he said. “We compete in the weight room and compete in conditioning to try to make each other better.”