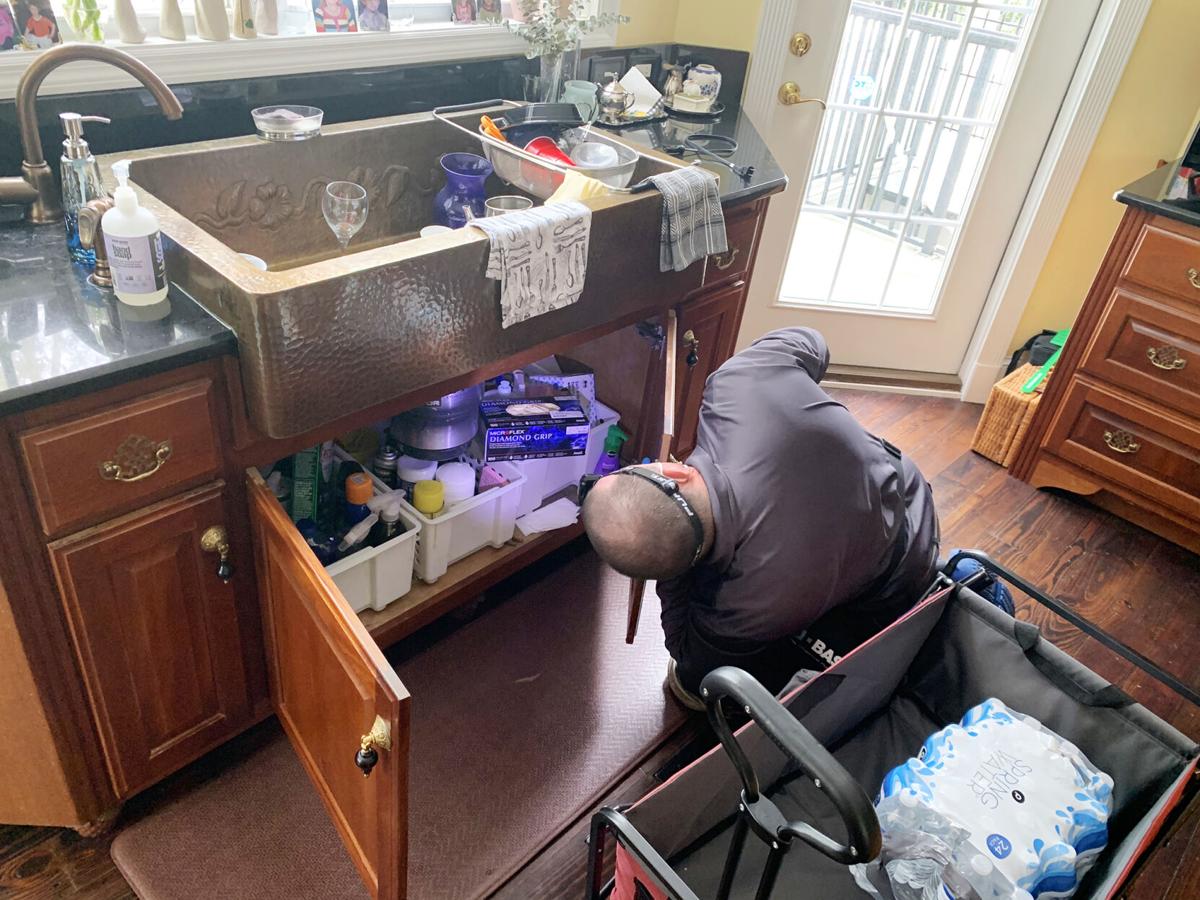 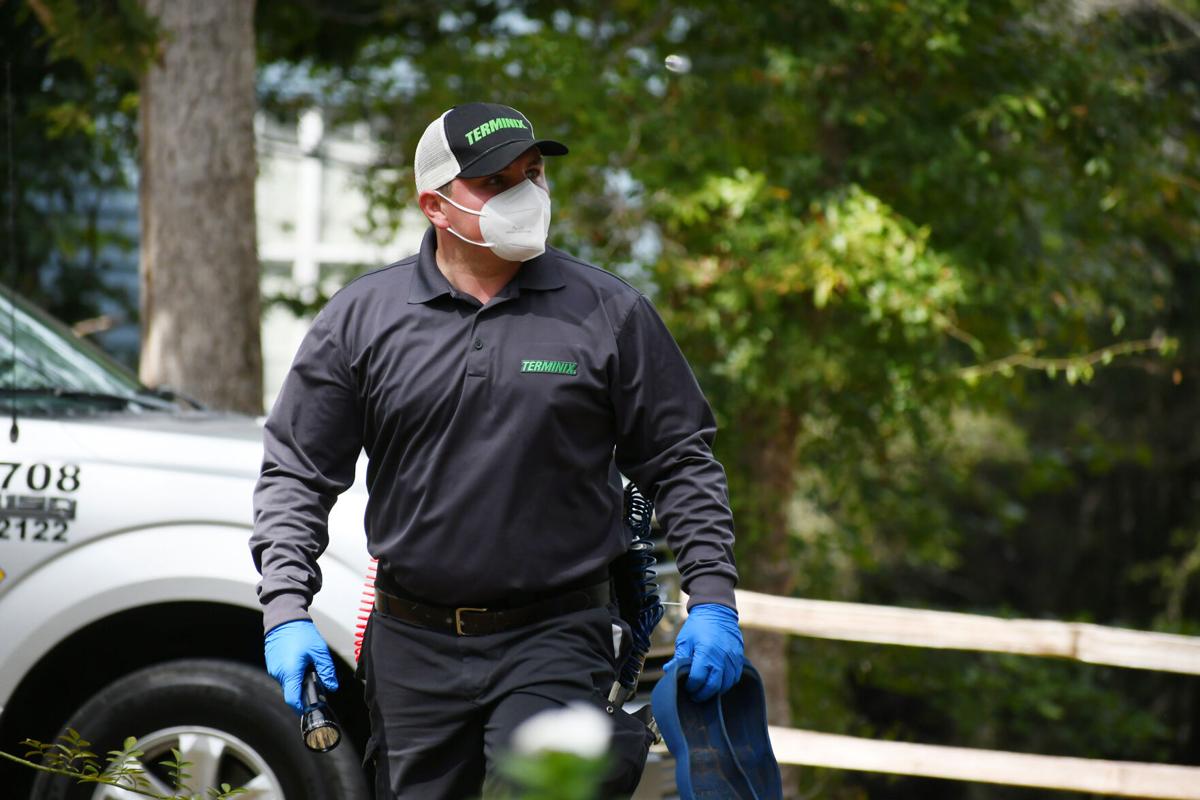 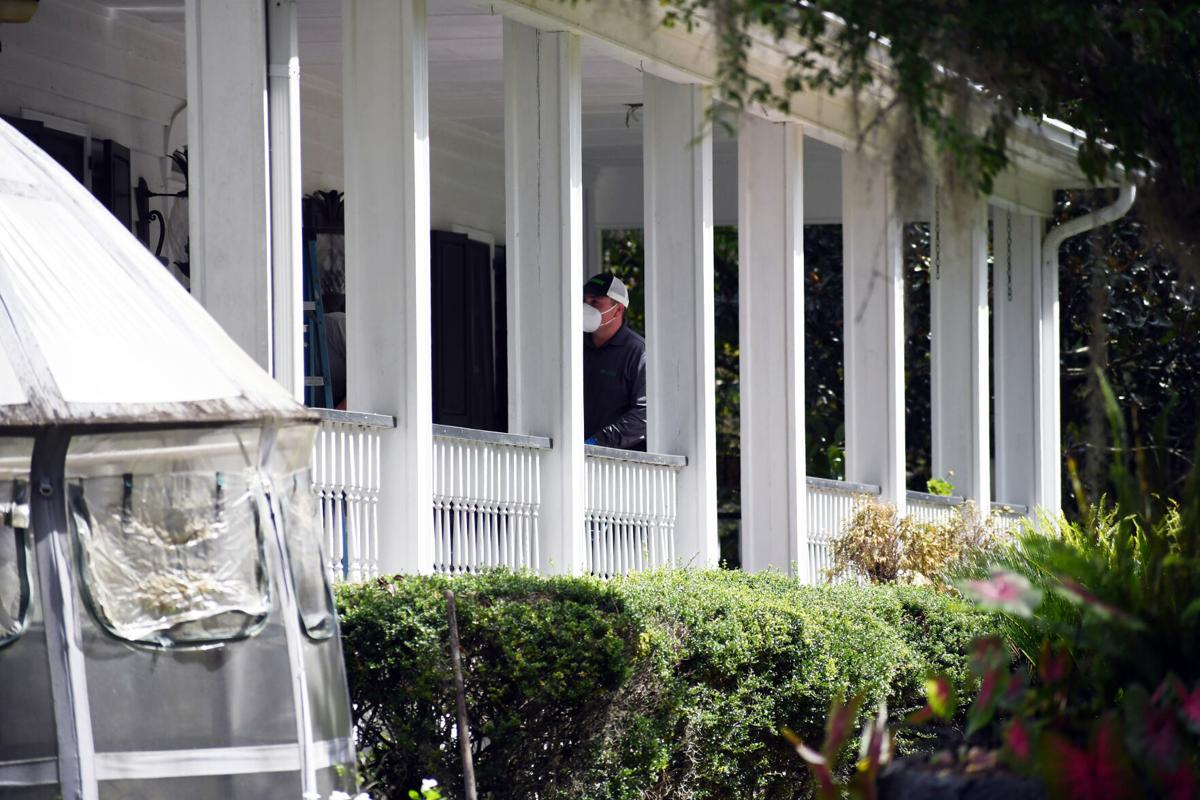 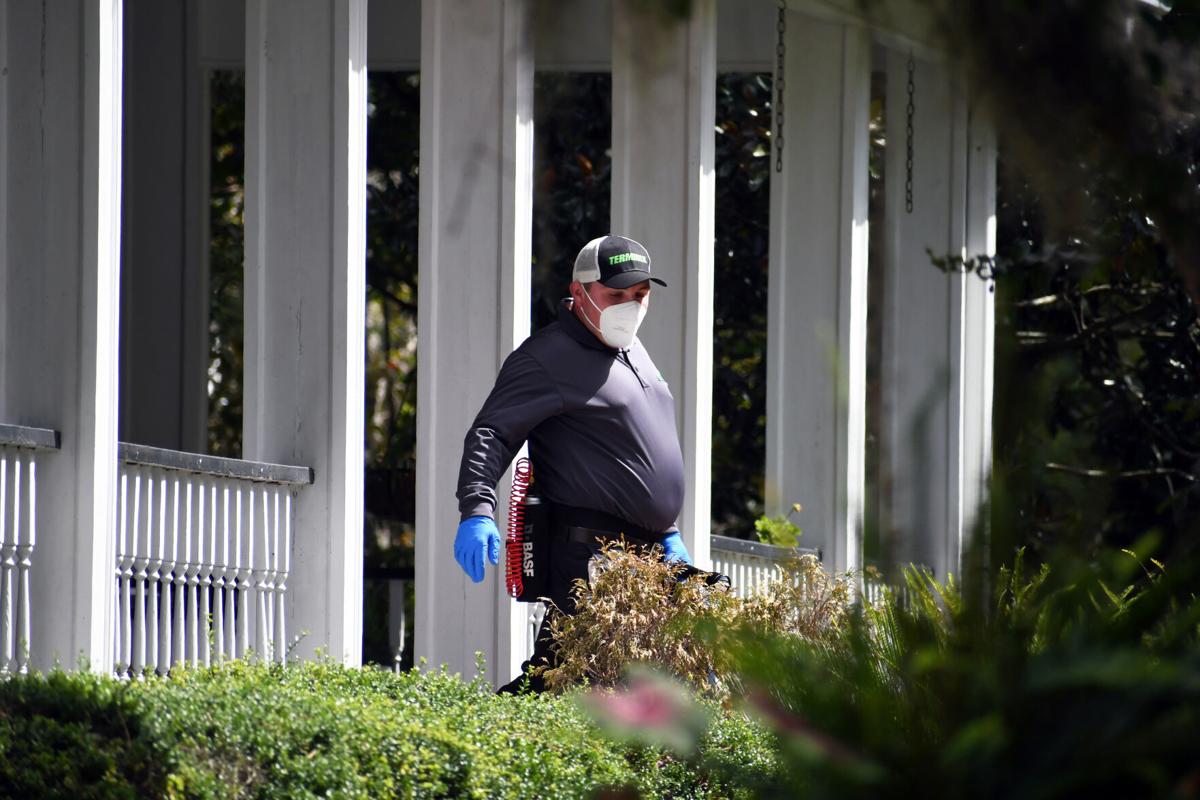 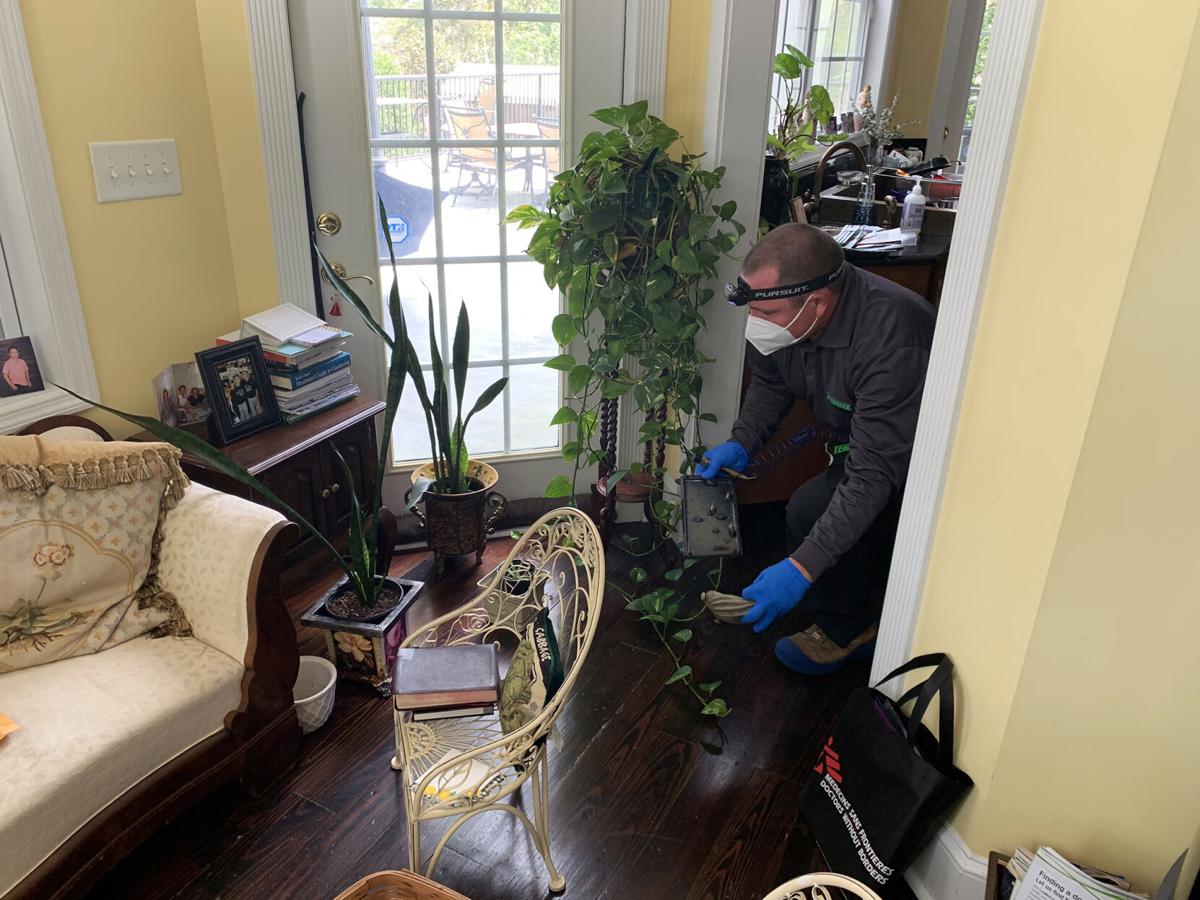 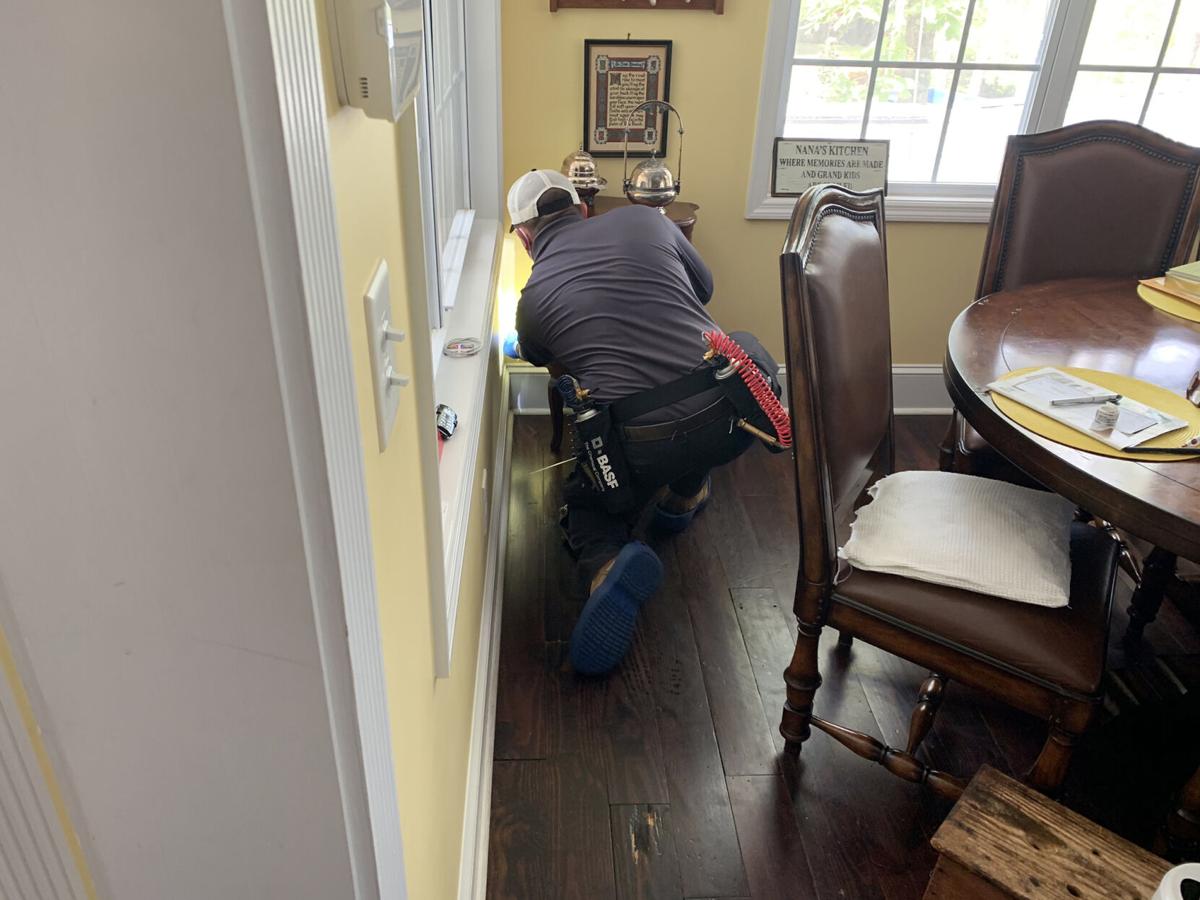 Words like "interesting" and even "good" come to mind when Pawleys Island-based real estate sales and rentals owner Will Dieter describes 2020.

"We're a little more wide open spaces," said Dieter, a lifelong Pawleys Island resident whose company sells and rents vacation properties for Pawleys Island and Litchfield Beach. "It's been an interesting year, to say the least, for all of us."

Though business owners won't necessary be waving a victory flag in one hand and their profit-and-loss statements in the other, some industries have seen positives through the COVID-19 pandemic.

Like the short-term rental industry, specifically in the Georgetown County, Litchfield and Pawleys Island areas, known as the Hammock Coast.

"I think we're going to look back and, bottom line, it's going to have been a good year," Dieter said. "It's one of those where we took two steps forward, two steps back. But at the end of the year when you look back, we were actually, in a lot of cases, up on the number of folks who were able to visit and the amount of income that some of our owners were able to generate. A lot of positive, and of course there are some where there are exceptions to that... That's both on the rental front and we've seen it on the sales side, as well."

Dieter's experience is one the short-term rental industry is experiencing statewide, said Dawn Dawson-House, director of corporate communications for the S.C. Department of Parks, Recreation & Tourism. House said the short-term rental industry, like cottages, condos, vacation rentals by owner, Airbnbs, and villas, are reporting steady occupancy when compared to last year, even though there's been an increase in inventory.

It's a stark contrast to the 35- to 50-percent revenue reduction hotels across the Grand Strand reported for the year, thus far, in 2020.

"We believe short-term rentals are performing better than standard hotels because they offer more space, kitchens in which to cook your own meals and more privacy, which people are seeking during this pandemic," House said.

Mark Stevens, director of tourism development for the Georgetown County Chamber of Commerce, said even with an increased number of new rentals available, Pawleys Island rentals were at 94 percent occupancy for the month of July, which is the highest its been in recent years.

"It is our niche here," Stevens said. "For the Hammock Coast, if you're coming here on vacation, you're most likely renting a vacation rental."

"At the beginning of all this, we weren't any different than anyone else. We had no idea what the future was going to be... I started hearing very early on, in May, we're doing really well. I think the thing we had going for us, how we had promoted the Hammock Coast for the last decade... resonated with a lot of people. When people were looking, they were going stir crazy, they needed to get out, they were working from home... they were able to say, 'Let's go there.' They could go kayak, they could go to Brookgreen Gardens... they could go to Huntington Beach State Park, which is the best state park anywhere. It's a weird kind of thing. It worked for us. We were so pleased, because at the beginning of all this, we didn't know where we were going."

Even some home services, like Terminix Services, have seen an adjustment in business, said Minh Nguyen, Pee Dee Region Manager, which covers nine counties including Georgetown and Horry.

Nguyen said that while everyone was quarantined, they saw the effects of being at home and they saw more insects.

"We have seen more of an increase in demand because more people are at home," Nguyen said, adding there was about a 15 percent shift from customers requesting inside treatment to outside treatment.

As more people have become comfortable with the suggested rules to follow during the pandemic and they've been assured by Terminix that its employees wear masks, gloves, respirators and goggles, they've begun to let Terminix come back into their home, Nguyen said.

"We've seen an uptick in people allowing us to come back in in the last month," he said.

Nguyen said he was a bit surprised that even though tourism was down along the coast, vacation and second-home owners still requested service to their properties.

"We assumed that we might see a decrease in those services here on the coast because of lot of them are rental properties and if people aren't coming and renting, they're not going to need service," Nguyen said. "For the most part, that hasn't really been true for us. The homeowners still want to take care of the property, whether they have renters or not.

"Statistically when tragedies happen, most people hunker down and tighten their budgets and only spend it when they need it. Typically they put it back into their home, which is, most of the time, their largest investment. People try to take care of their investment when, quote unquote, crap hits the fan."

Ray Strickland, owner of Owens Liquor Store with locations in Myrtle Beach and Pawleys Island, said retail and wholesale sales were down in Myrtle Beach because of the temporary closure of bars, limited capacity at restaurants, and the lull of tourists this season. However, sales at the Pawleys Island location "increased greatly" on both the beer and liquor side.

Justin Lambert, owner of Your CBD Store in Myrtle Beach, said gross sales year-to-date aren't as high as 2019, but his local client base grew slightly and his online and mail-in orders have nearly doubled year-to-date.

"The majority of my new customers are referrals from current customers," Lambert said. "Many are happy that CBD helps take the edge off during this trying time.

"The majority of them are recurring customers that had at one point been in store first. The online orders last year were around 50 total, and this year, so far 125. The mail-orders that I handle here last year 60 and this year so far 84. A silver lining for sure."

Nguyen at Terminix said he's pleased his employees have, to this point, financially survived the pandemic.

"I'm just grateful that we've been in such a position to help others while still being considered an essential service and allowing our own employees to maintain income for their families," Nguyen said. "I'm just very, very grateful."