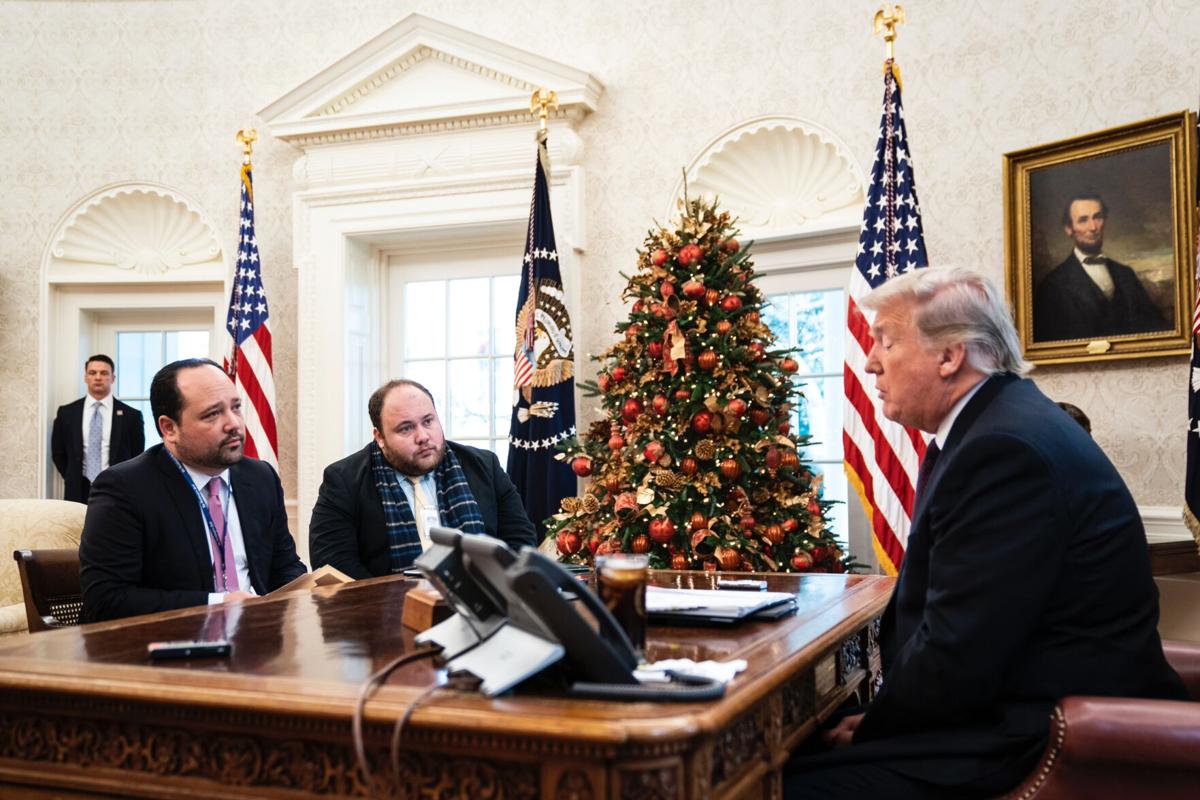 Joshua Dawsey (Right) of Aynor had a front row seat to the Trump Presidency as a White House reporter. Photo taken by Jabin Botsford of the Washington Post 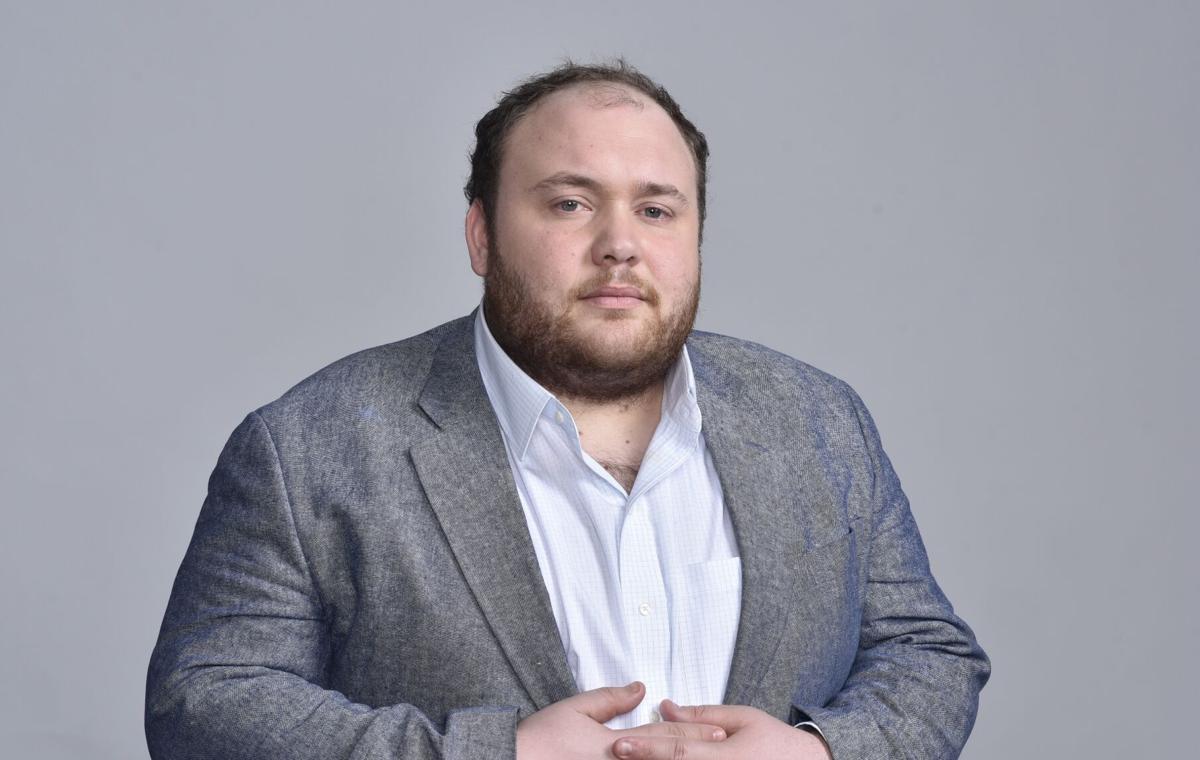 Joshua Dawsey is a Horry County native. Provided by Dawsey.

AYNOR — Often when the former Trump Administration made international news, a byline recognizable to many in Aynor ran atop The Washington Post’s coverage.

From big breaks like the former president calling some countries “s___ holes,” to covering a summit with North Korean leaders, to daily updates from a chaotic White House, Joshua Dawsey of Aynor distinguished himself as a fair, dogged and distinctively Southern reporter covering history at the White House as it unfolded.

While covering Trump, Dawsey believed his upbringing gave him insight into why people supported the former president and what issues drove them to a poll. Unlike many reporters he knew, he didn’t find his first Trump rally all that surprising or foreign.

“I’m not someone from New York or Washington. I’m back in touch pretty regularly with the salt-of-the-earth people who are hardworking, care about their country and see things a lot differently than Washington, for better or worse,” Dawsey said. “Many of my colleagues who grew up in different places were really stunned the first time they went to a Trump rally. I was not.”

The first job Dawsey held wasn’t in the news. In fact, it was a job many of the area’s Trump supporters can relate with. It was helping his dad farm more than 100 acres and selling produce, tough work that prepared him for tough assignments down the line.

His byline first ran in the Aynor Journal, a now defunct weekly publication that boasted a circulation of 3,000, where he served as the editor-in-chief while in high school. His role included writing news articles, editing them, designing the paper and even delivering the paper to customers.

Then he went on to work at other local and statewide media through college and the early days of his professional reporting career.

While at the University of South Carolina he led the Daily Gamecock, further learning how to investigate and expose corruption in government agencies. Investigations into large raises given to the highest paid employees and a deep dive into Greek Life hazing stood out. Dawsey said he is still proud of his student journalism work to this day.

Dawn Bryant, his former editor in Myrtle Beach, immediately grabbed her phone and took a photo of Dawsey when she first saw him on CNN. Dawsey can regularly be found explaining politics on national politics television shows.

Working with him more than a decade ago, Bryant remembers a passionate young reporter who could flip a story quickly and accurately. Dawsey would cover government like Horry County Council, business and even crime throughout the Myrtle Beach area.

“Even early in his career he had a quick turnaround of good and solid work,” Bryant said. “I knew Josh would be able to achieve whatever he set his mind to. I’m incredibly proud to see the level he is working at as a successful journalist. I always knew he was capable of it.”

Dawsey believed his work in South Carolina gave him the foundation to cover the federal government. In many ways, the journalistic skills he developed in Myrtle Beach — like dealing with sources and fighting for transparency — still shape the accountability reporting he did at the White House.

“The basics of beat reporting: showing up to meetings; talking to sources non-stop; asking for documents; looking for new stories; and asking more questions and smarting questions,” Dawsey said. “I learned the basics of journalism whether it is covering the White House or Horry County Council.”

Generally, in his experience, politicians locally and in Washington are looking to protect their image for re-election and aren’t always forthcoming about potentially negative information. There are some exceptions, but the role of the press is to uncover what would go unnoticed otherwise.

Jonathan Swan, the Axios reporter whose facial expressions following an interview with Trump went viral online, said Dawsey quickly began distinguishing himself from his peers in the D.C. press corps.

“He hadn’t covered the Trump campaign and I was like where the hell did he come from? He didn’t cover the campaign but all of a sudden he broke a ton of stories. Naturally I resented him, and then I got to know him and unfortunately quite liked him,” Swan said. “It’s very easy to tell when someone is faking it. When they’re relying on very cutesy writing or all these flourishes or take something half-cooked and dress it up ... but Josh doesn’t need to do that because he always has the goods.”

Growing up outside the political world of D.C. gave Dawsey unique advantages that his competitor has taken note of. Swan said Dawsey is particularly good at relating and talking with sources sometimes over drinks after the work day is done, a skill Swan identified as a southern trait.

Dawsey’s roots go beyond his personality and work ethic. His childhood also shapes his news judgment. Especially during the pandemic, Dawsey knew the importance of small businesses to the community and what can be lost without them. His parents farm is one such small business, and he knows firsthand the challenges of staying afloat even in good years.

“There is a value of hard work I’ve learned from Horry County that I think has served me well,” he added.

Covering the Trump presidency was exciting for Dawsey — fascinating at times and exhausting at others. The work took him across the world to see hundreds of historic events unfold, witness two impeachment trials and an insurrection within the Capitol, and watch the federal government respond to a pandemic.

Now that there is a new administration in the White House, Dawsey will move onto the investigations team where his drive for accurate reporting will help shine light on the government’s dealings.

While he loves D.C. and being a nationally recognized reporter, Dawsey misses the warm weather of Horry County, the ocean and enjoying an afternoon on his parent's porch. Despite the hectic days and nights covering a president, returning to the Palmetto State to see family or watch the Gamecocks at Williams-Brice Stadium is his strategy to staying motivated and avoiding burnout.

And, of course, like any Carolinian returning home from up north is known to do, a stop at Bojangles or Cookout for the best of southern fast-food is a must for him while home.

“My parents have a front porch and a back porch. I usually do very little while I’m home," Dawsey said, recalling warm summers and trips to the beach with family. “But after four or five days my mom jokes that she can tell I’m getting restless and I’m ready to go back to work.”

The Independent Republic: How Horry County was given its nickname