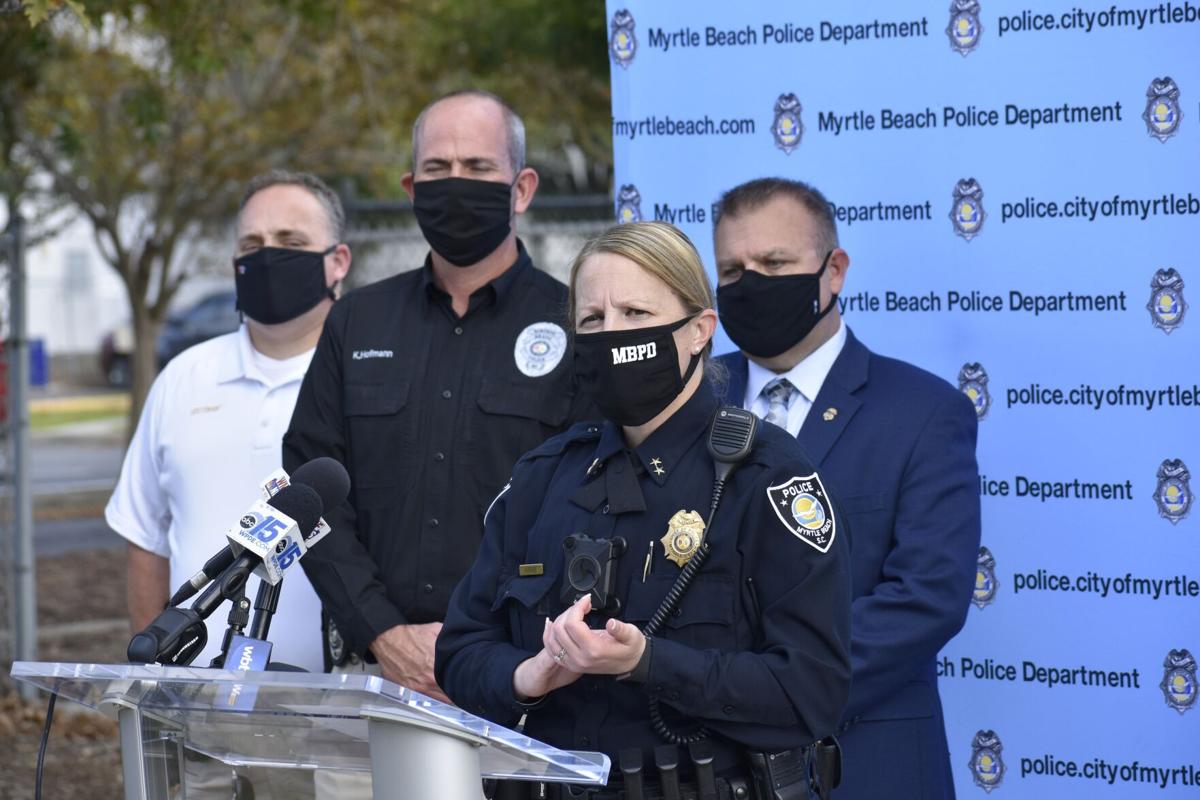 During a recent press conference Myrtle Beach Police Chief Amy Prock explains that the new technology is another tool they will use to fight crime. 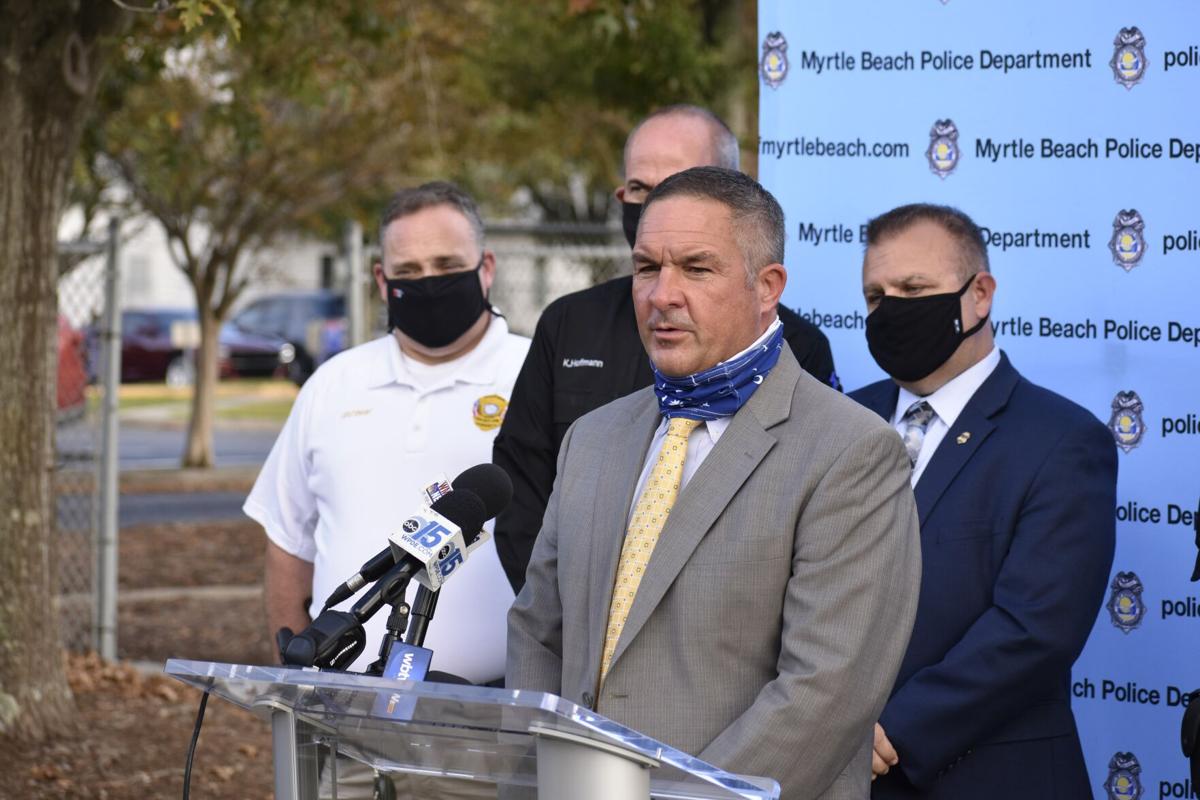 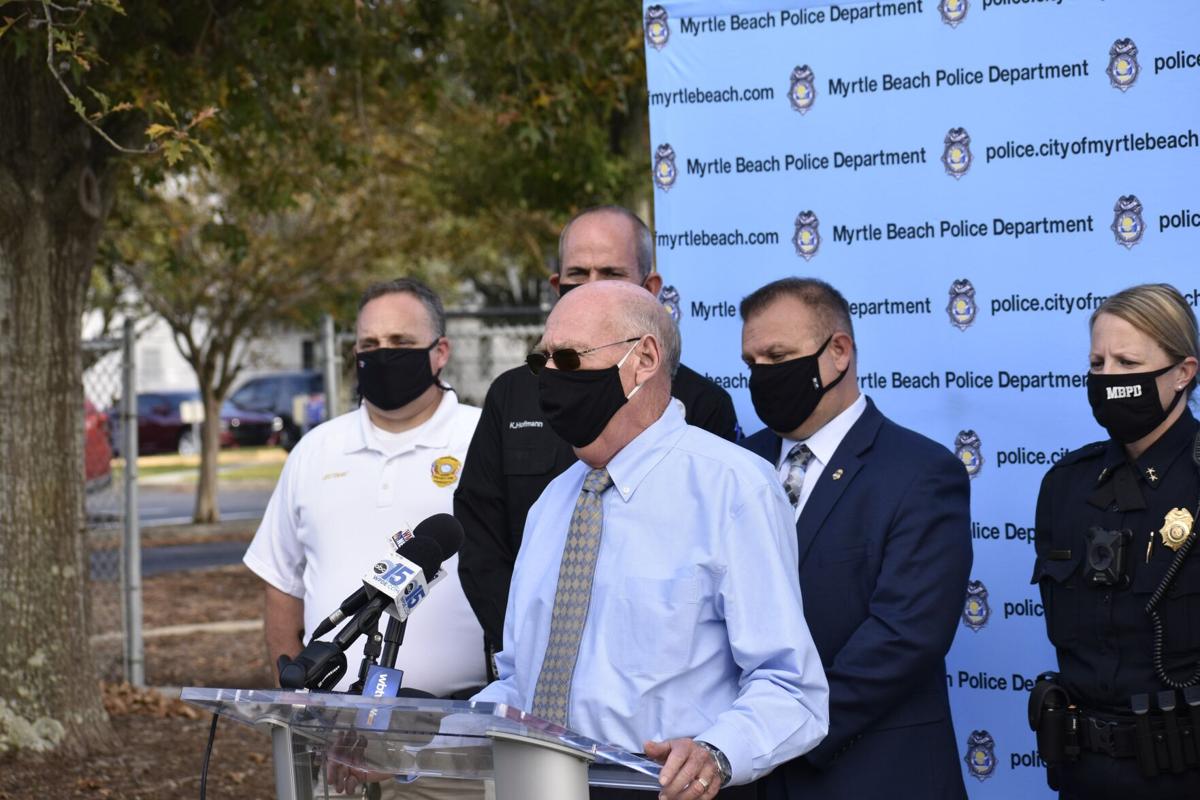 Horry County Sheriff Phillip Thompson thanks area law enforcement agencies for the partnership they share during a recent press conference.

MYRTLE BEACH — The Myrtle Beach Police Department, alongside other law enforcement agencies across both Horry and Georgetown counties, will soon have a new tool to fight gun-related crimes.

During a recent press conference, the MBPD announced that it received a $700,000 grant from the U.S. Department of Justice for the establishment of a regional National Integrated Ballistic Information Network (NIBIN).

NIBIN is currently the only national network of its kind and allows for the capture and comparison of ballistic evidence to aid in solving and preventing violent crimes involving firearms.

There are currently 228 NIBIN sites in the country, with three of those in South Carolina — Columbia, Richland and Charleston counties.

"We can see patterns of shootings and identify shooters both within and outside of the community, which is a particular importance in Myrtle Beach because I think it is fair to say that most of the violent crime comes from outside of the community,” said Brian Mein, assistant special agent in charge for the U.S. Department of Justice Bureau of ATF for the Charlotte Field Division.

"Just as your fingerprints are to you, every single firearm leaves a marking on a shell casing that is unique and is like no other firearm. We are able to take that shell casing, image it, turn it into data, and we can cross-compare that information with other firearms that are recovered to help us determine where to focus our efforts collectively.”

Current Department of Justice statistics shows that about 5 percent of criminals are currently committing about 80 percent of violent crime in the United States.

"This technology will help us focus on that 5 percent,” Mein said.

The MBPD will be the location of the system but the entire 15th Circuit will have the technology at its disposal.

"We are excited to be the host of this program and are excited to work with all of our local, state and federal partners,” Myrtle Beach Police Chief Amy Prock said. “Together we are all dedicated to make this a safer community.

“We are dedicated to holding anyone, anyone who wants to do our communities harm accountable. This program will provide rapid analysis of gun-related evidence vital for any violent crime reduction strategy which is what we in the 15th Circuit are striving to continue to do to make a difference in all these cases."

There are many cases across the country where NIBIN has been used to successfully prosecute criminals.

In January 2017, an unknown suspect shot a victim at a gas station in Detroit, with police recovering shell casings from the crime scene and entered them in the NIBIN.

With the help of NIBIN and surveillance video footage, Deandre Austin was identified as the shooter in both incidents.

Austin was arrested and sentenced to life in prison on April 9, 2018.

Horry County Sheriff Phillip Thompson said that he is grateful for the great “partnership” between area police departments.

"This (NIBIN) just adds to what we have been able to do, been able to achieve and accomplish,” he said. "This is just going to make it that much better.”

Mein continues to be impressed by the system's impact on law enforcement.

"This particular grant is a true game-changer,” Mein said. "The technology in the crime gun model that we're bringing to the Grand Strand here is something that without a doubt will have an impact on the amount of crime in this area.

“This is a scientific, data-driven process and it's very objective and unbiased. It leads us scientifically to the people that need to be identified.”

"I'll guarantee you there are weapons sitting out there today on shelves in evidence and we have no idea the number of murders, robberies that they have been involved in,” he said.

"This will change all of that."

To protect and serve: A sheriff's deputy and his commitment to his hometown