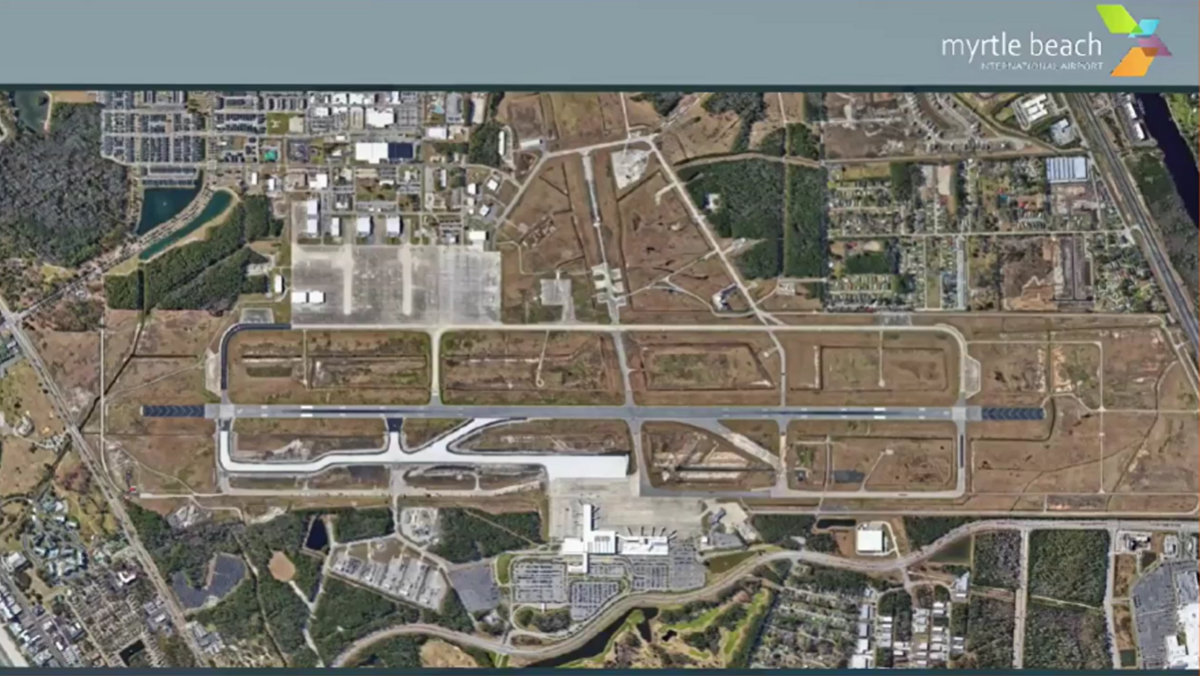 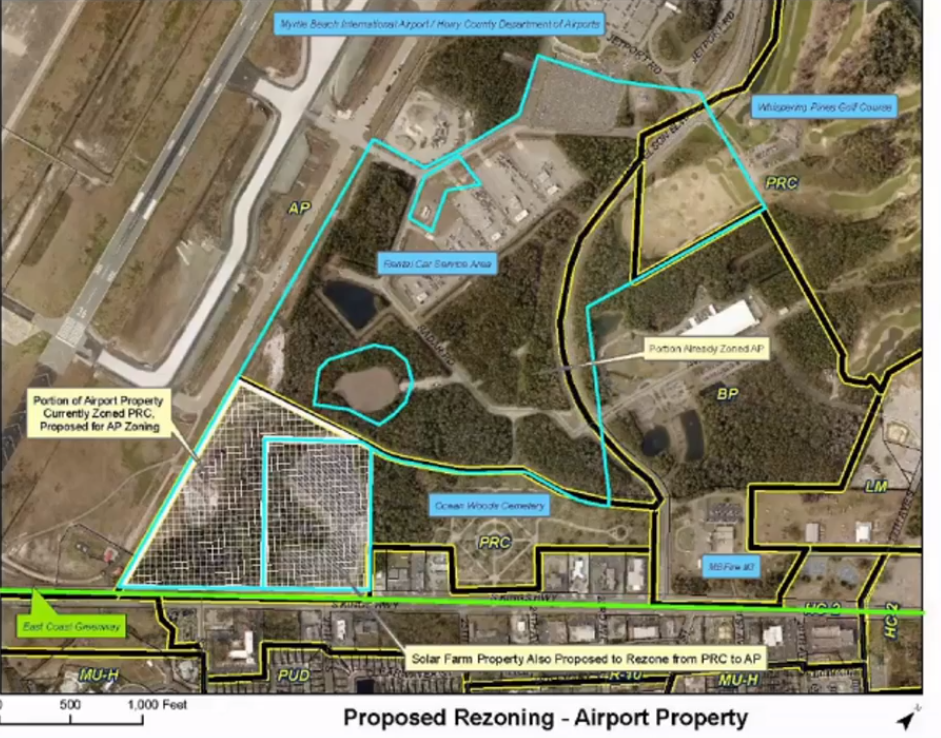 The Myrtle Beach Planning Commission denied a rezoning request that would put all Horry County Airport properties under a single zone. Photo provided

MYRTLE BEACH — As the Myrtle Beach International Airport has added three airlines over the past five years — including Southwest Airlines for the upcoming summer — the need for further expansion is a given, not a question.

During a Myrtle Beach planning meeting on March 16, Scott Van Moppes, the airport's director, presented future plans to help with the airport's growth through 2038, which include alternate plans for more terminals and parking. Moppes indicated a goal for the airport would also be to attract a large distribution center like FedEx or Amazon to the airport property.

The airport master plan is updated about every 10 years and is a requirement by the Federal Aviation Administration.

With eyes on the future, the airport is also dealing with obstacles in other expansion efforts as the Myrtle Beach planning commission voted against rezoning about 30 acres at the airport March 16 until city staff can find a solution to buffer an area of Kings Highway and the Ocean Woods Memorial Cemetery.

The request by Horry County Department of Airports would rezone the 30 acres — located between South Kings Highway and Radar Road — from the Parks, Recreation and Conservation zoning code to Airport to "resolve a split zone and unify the Horry County Airport properties under a single zone." The zone has been split for decades.

Of the 30 acres, 13 are vacant and 17 serve as a solar farm, Hardin said. The solar farm serves power equal to 305 homes and has helped the city meet some of the sustainability goals set out in its current comprehensive plan.

Some commissioners opposed the rezoning request during an hours-long discussion March 16 because the tract backs up to Ocean Woods Memorial Cemetery and there is currently no buffer between the two properties. The commission denied the request and asked planning staff to find a solution to buffer an area around the solar farm along Kings Highway and the cemetery.

The Myrtle Beach Planning Department did not have recommendation for approval or disapproval of the request, but did note that there was no staff opposition to the request. Typically, staff members of public planning departments give their expert opinions on rezoning requests ahead of a planning commission's vote.

The recommendation from planning commission is now expected to go to city council for a final decision.

Funplex in Myrtle Beach shaping up for early May opening; key downtown road to be closed