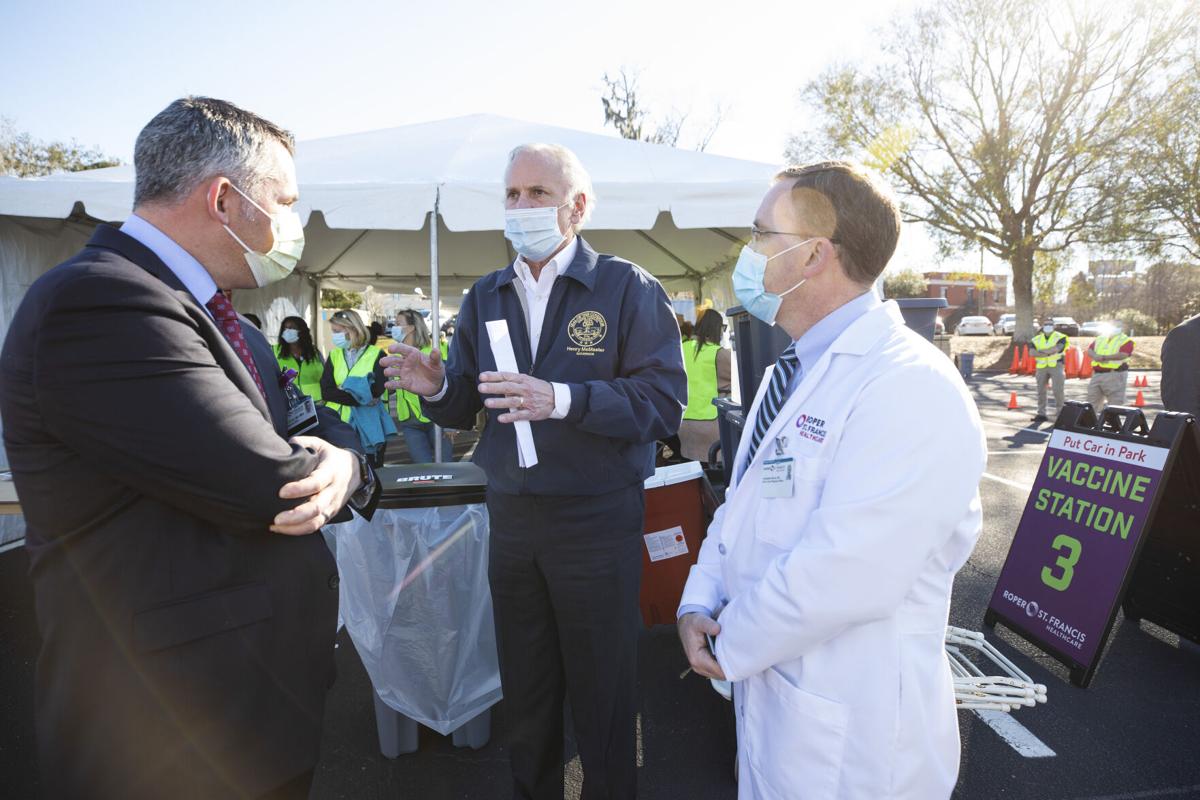 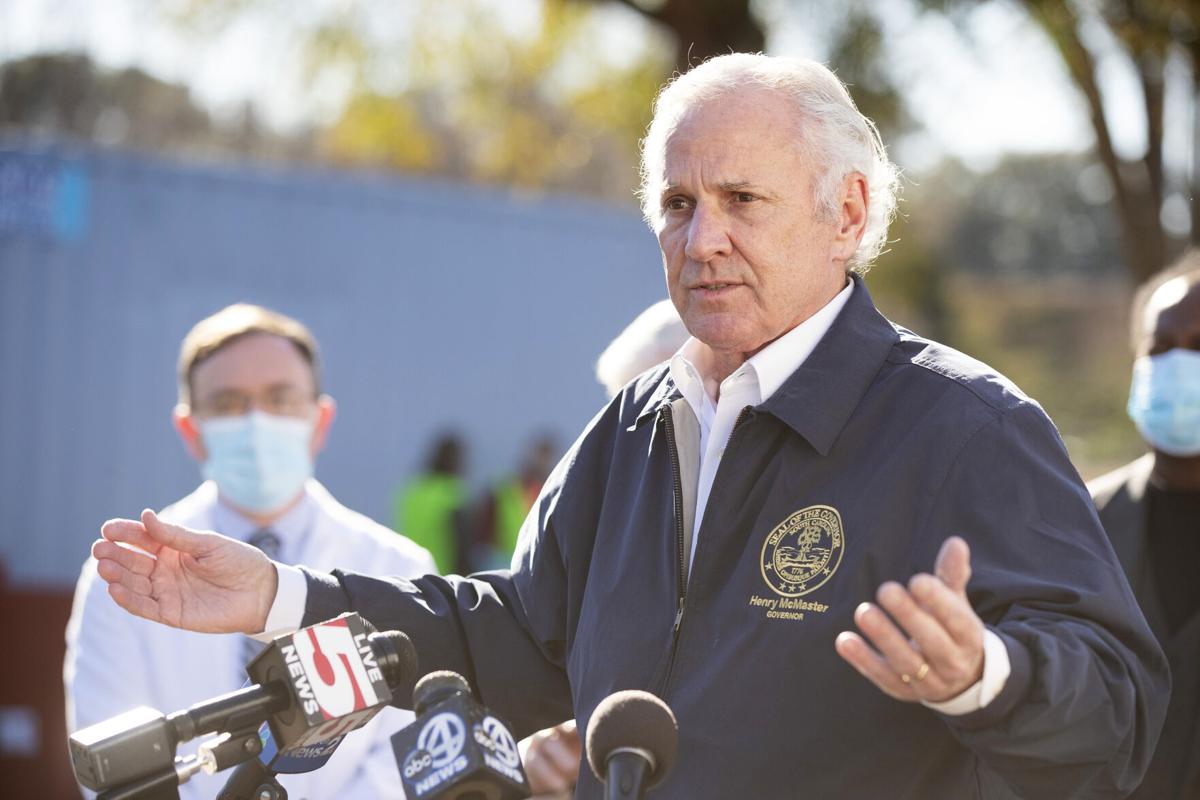 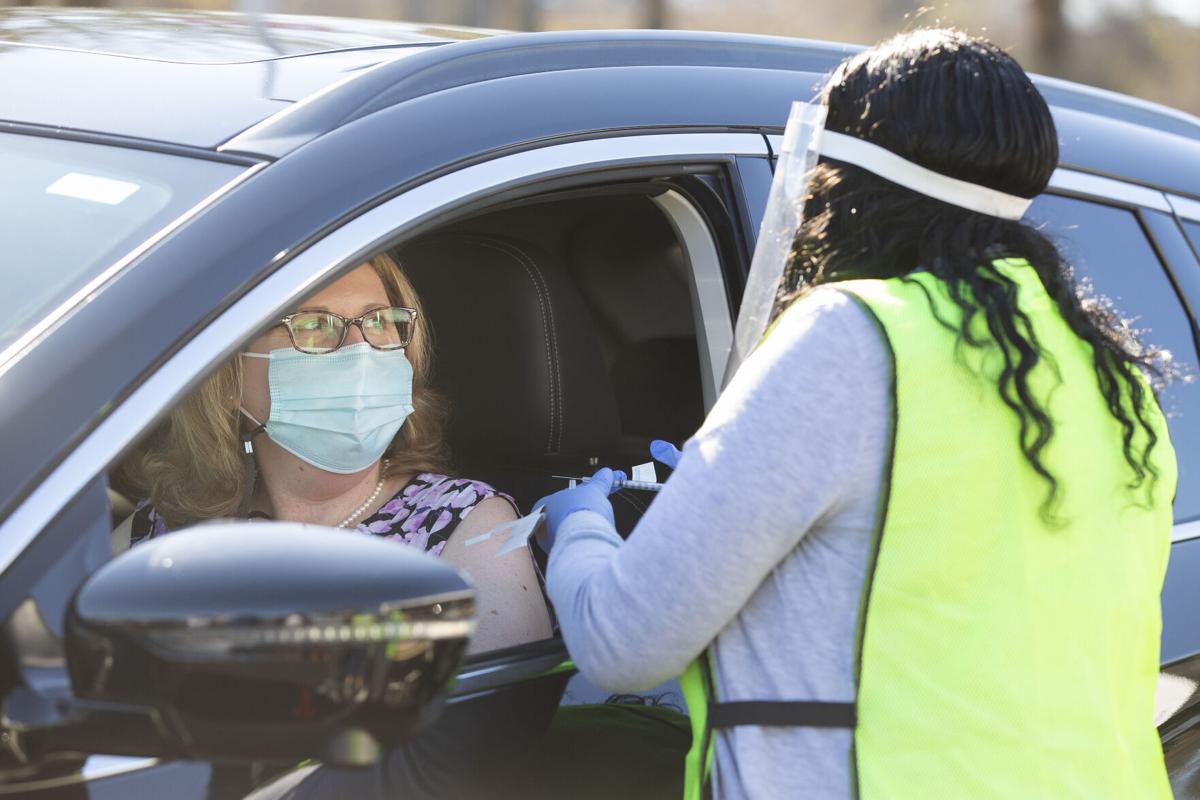 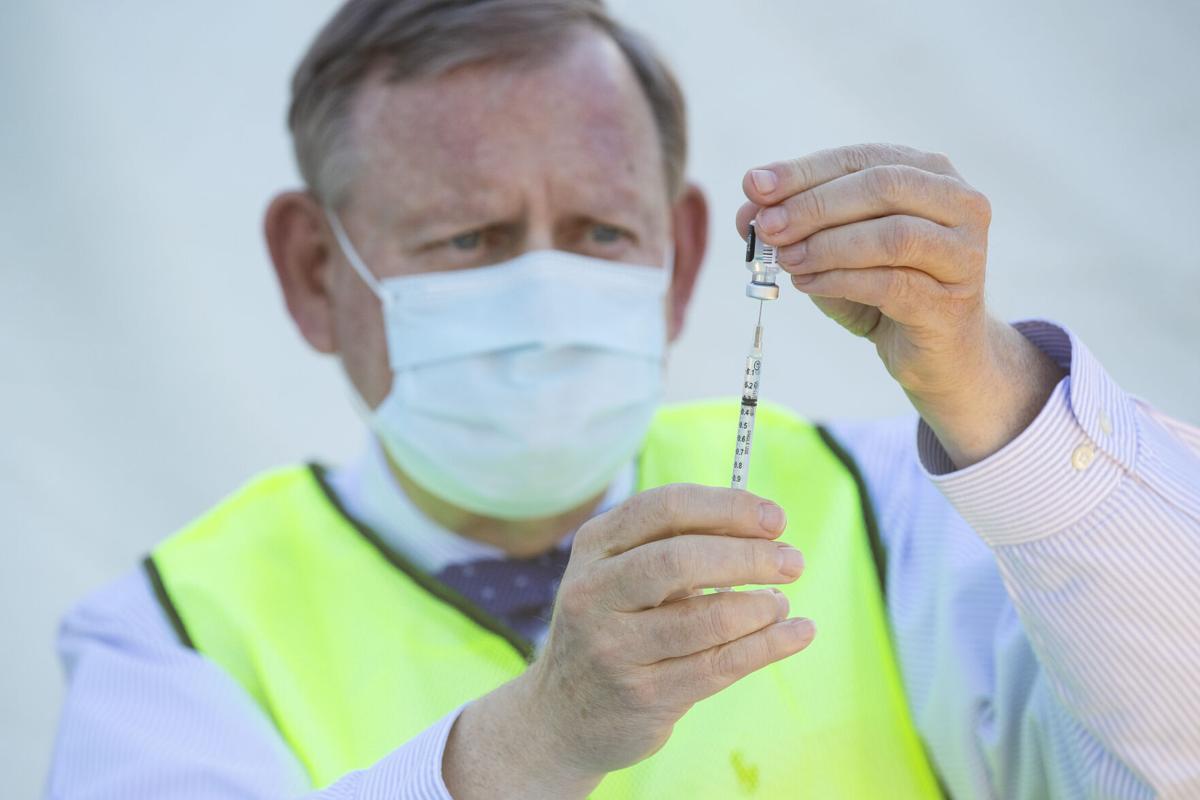 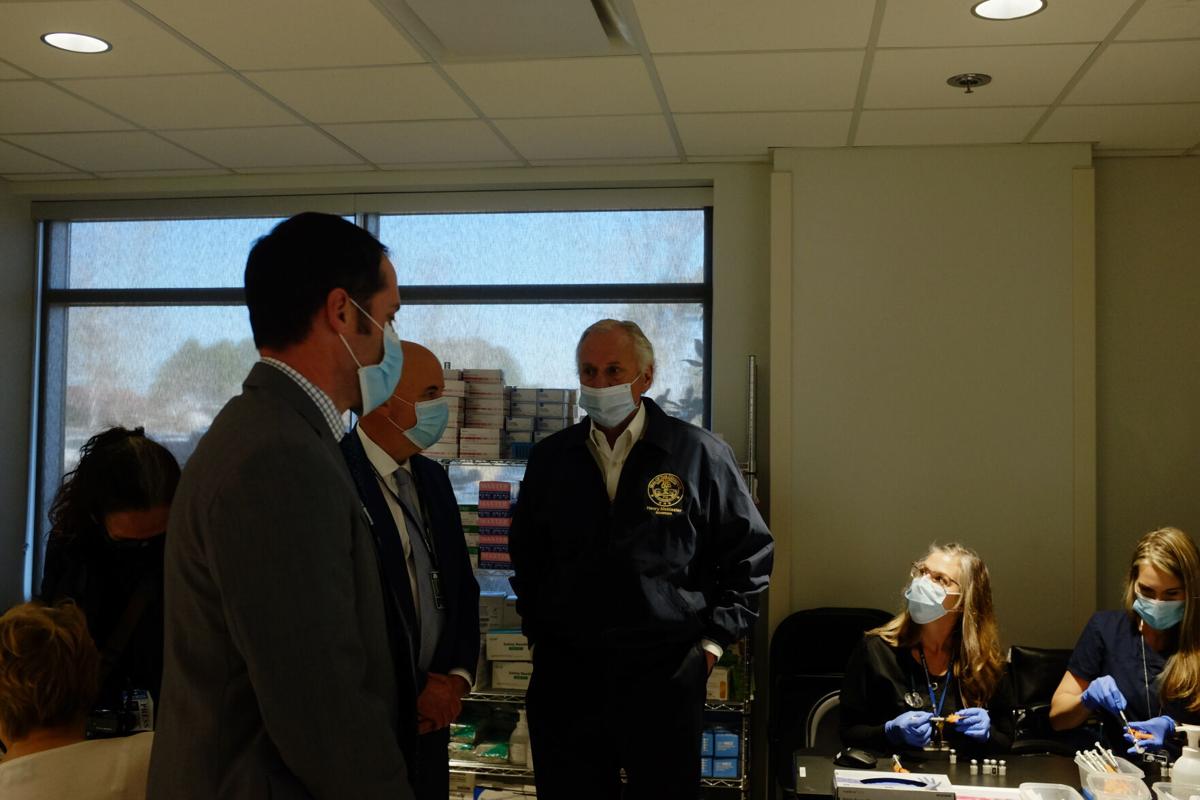 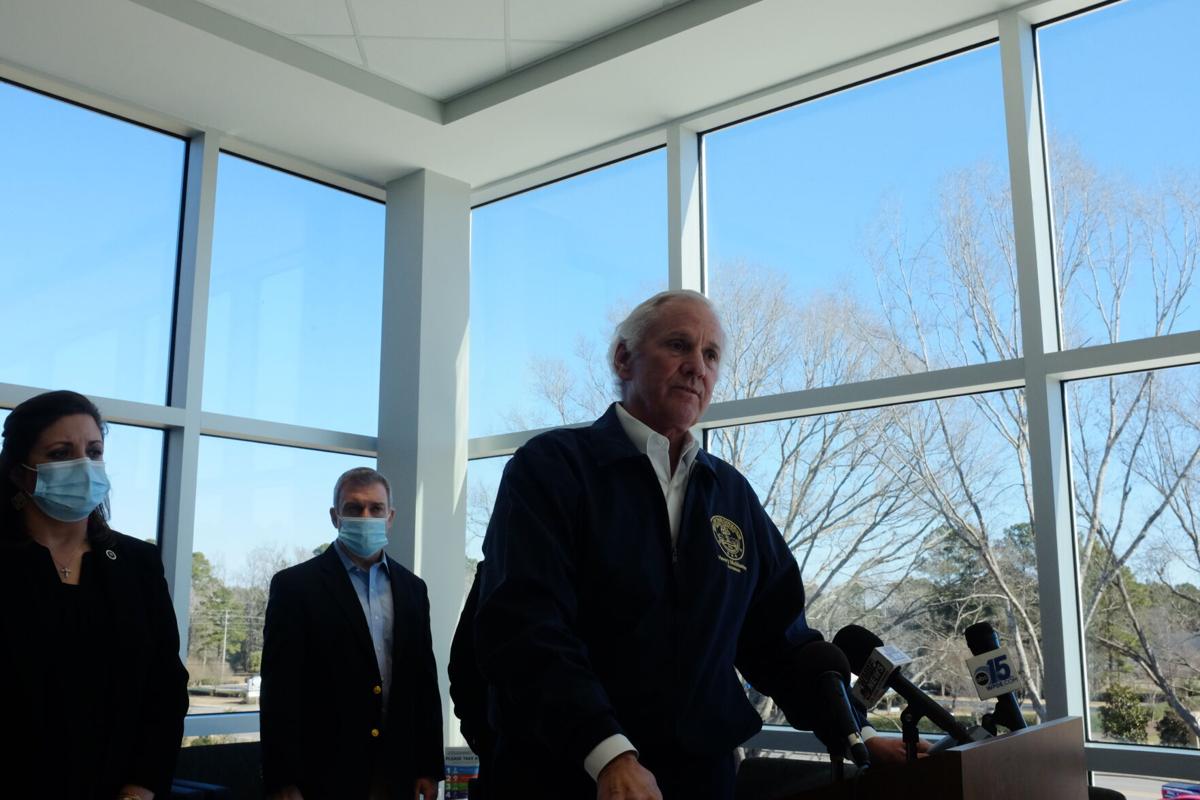 The governor on Tuesday toured two additional vaccine distribution sites — one in Myrtle Beach and one in North Charleston.

The visits came after reports that hospitals were not devoting enough resources to vaccinating as many people as possible.

He reiterated to hospitals in the morning to make sure there are resources to vaccinate as many people as they can. Later, he again instructed hospitals not to hold back available vaccine doses for the second shots that patients must receive weeks after the first, since more supplies are on the way.

“We have the people to help, it’s just a question to determine if this is a priority,” McMaster said Tuesday morning in Myrtle Beach. “We’re fighting a clock. There is somebody out there that could have had a shot and didn’t get one, and they may get the virus. So we have to move as quickly as we can.”

In terms of vaccine allocations from the federal government, the governor said the state is getting its fair share and is somewhere in the middle nationwide in terms of raw number of doses sent to South Carolina. He said he doesn’t know where some news reports got a statistic that the state ranked toward the bottom in the country.

However, just last week the S.C. Hospital Association noted that hospitals were told they would not receive the level of vaccinations they'd requested and instead would receive about the same number of doses as they'd received since supplies first became available.

Conway Medical Center had stations set up to quickly administer the first doses of the vaccine to the patients that signed up for an appointment. McMaster thanked CMC and other Myrtle Beach-area medical centers for stepping up to the plate.

Notably, just a couple days prior, Tidelands Health said in a release it was allotted fewer vaccines than it was capable of administering. McMaster said according to his information as of Monday, the Tidelands Waccamaw Hospital received 7,800 doses of the Pfizer vaccine with 2,209 first doses and 676 second doses used.

Still, he thanked any hospital that is maxing out its vaccination capabilities.

Cars lined up through three lanes and moved quickly. Virginia Jamison, a North Charleston city councilwoman, was one of the first to be vaccinated.

"I'm really impressed," she said, adding that there were no problems, no pain and no anxiety.

Jamison said many of her constituents have called her, saying they've had trouble making appointments to get the vaccine. She's advising people to be patient, but she hoped Roper St. Francis's drive-thru system would speed things up.

"We have to move quickly," McMaster said of vaccinations before he toured the setup in the coliseum's parking lot.

McMaster said officials had recently cleared up a misunderstanding with some hospitals in the state, which were not using all of the doses that arrived, holding some back for the second shots. Instead, hospitals and other providers should be using all available vaccine doses as quickly as they arrive.

"The virus is out there, and it's not waiting on us," McMaster said.

It's a good thing if hospitals are running out of vaccine doses quickly, he said, as new shipments will be arriving.

"There will be more vaccines, more widely available, than now," he said.

On Monday, data from the S.C. Department of Health and Environmental Control showed that around 52 percent of South Carolina's available vaccine doses had been administered.

Late last year, federal and state governments began preparing for vaccines reaching area hospitals. McMaster said the process of working with the federal government has been tedious, but hospitals not prioritizing vaccinations has been the biggest concern that wasn’t planned for during the fall.

The government has made arrangements for more people to administer the vaccines, bringing in retired nurses, medical students and even the South Carolina National Guard to help quicken the process.

If hospitals across the state don’t place more of an emphasis on vaccination, the governor has threatened to create an executive order limiting their ability to do scheduled surgeries. While he didn’t answer what the exact threshold would be for this order, he hopes it doesn’t come to executive action.

For the past several weeks, hospitals have been the primary administrators of the vaccine, making their ability to administer doses of great public concern. But that is changing as area pharmacies, like the ones inside Publix stores, are starting to come online. McMaster encouraged everyone older than 70 to immediately call a provider and get scheduled for the first vaccine.

“Make an appointment and go in as soon as possible. The hospitals now understand they are to use every dose, don’t hold out for the second, go ahead and get the first one out,” McMaster said.