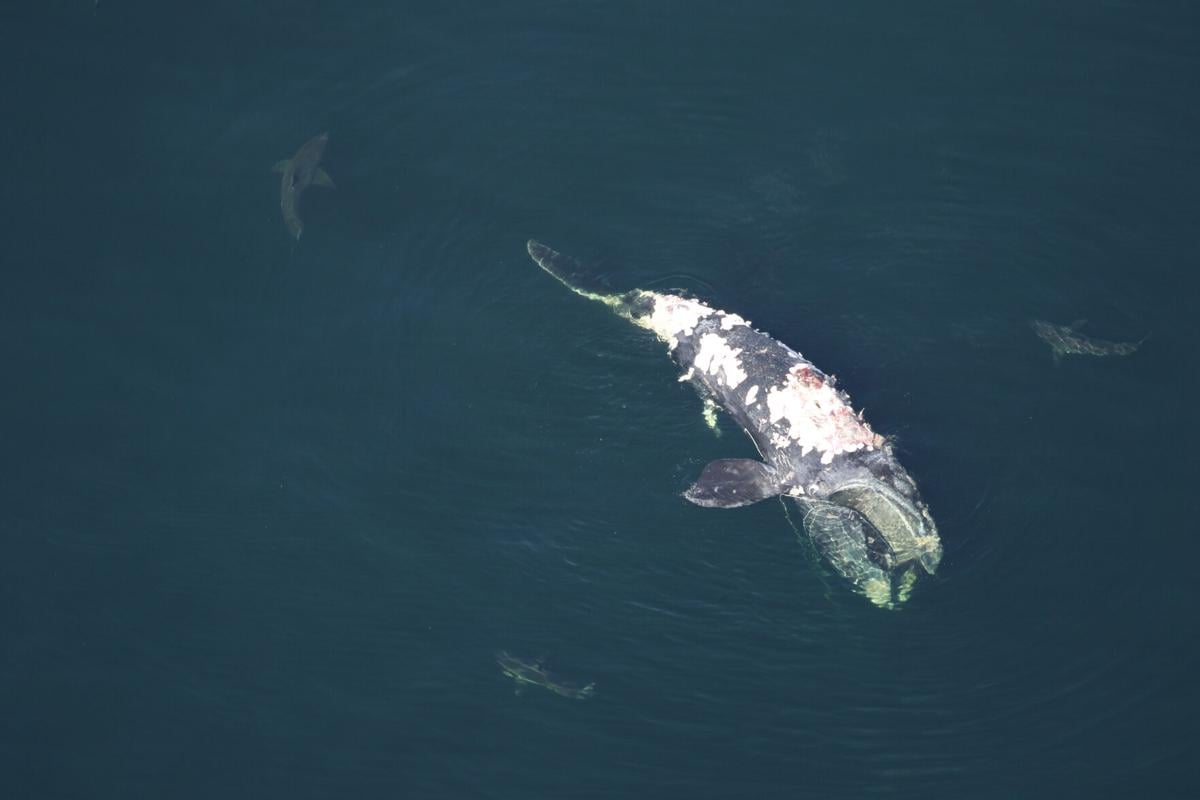 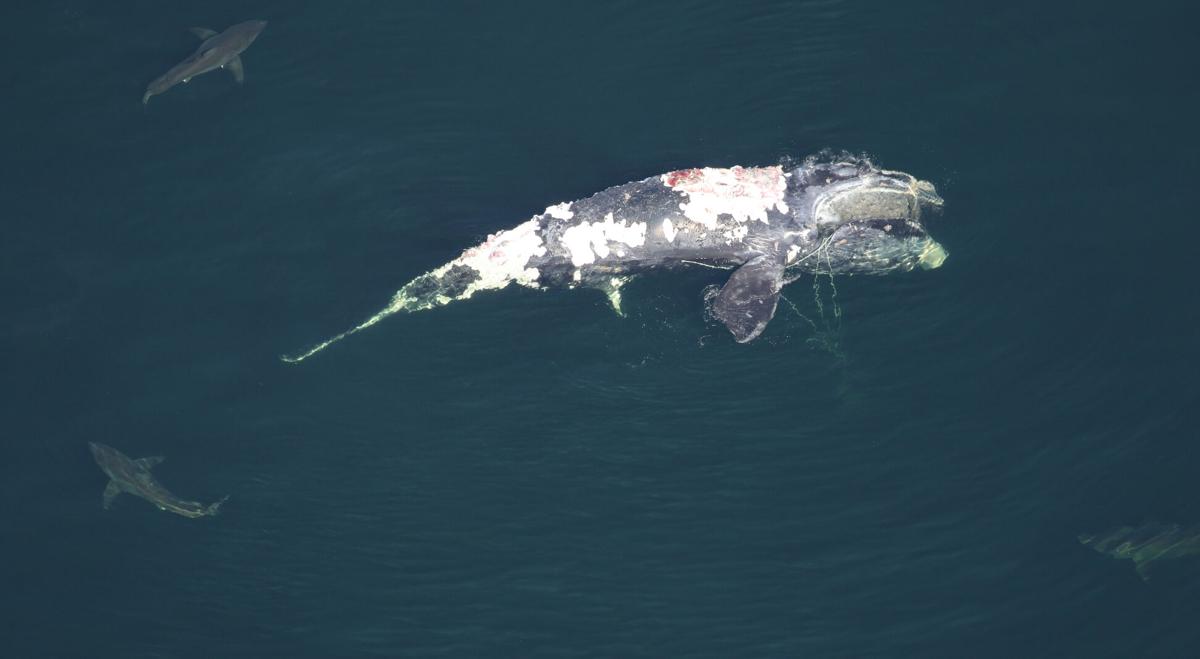 MYRTLE BEACH — As “Cottontail,” a deceased North Atlantic right whale, drifts some 15 miles off the coast of Myrtle Beach, images of great white sharks circling and feeding on it should come as no surprise — it’s simply part of the ecosystem that is usually out of sight.

Daniel Abel, a professor of marine science at Coastal Carolina, likens it to natural order that has played out over centuries, as well as the whale’s blubber being a perfect fit for the great white’s diet.

“This is an area that's when they are on the continental shelf, and there are shelf oriented animals that switch and you know cetaceans like whales and dolphins and lots of other food for them,” said Abel, the co-author of “Shark Biology and Conservation,” which was published by Johns Hopkins University Press.

While Abel believes that other shark species such as makos, duskys, sandbars and oceanic whitetips are also likely feeding on the whale carcass, he’s also quick to point out that sharks are not exempt from the same fate as “Cottontail,” who died from entanglement in ropes and other manmade gear.

Sharks can also be trapped by loose materials, but they will not float like a whale after death, instead falling to the bottom of the ocean.

During research excursions up and down the Myrtle Beach coast, Abel and his group of graduate-student researchers have aided in freeing sharks of manmade materials.

“When you take about public safety, what we should be concerned about is ensuring that those whales are safe but they don't hang don't get tangled in fishing gear,” Abel said. “We need to take this seriously, as it doesn’t just impact endangered whales.

Removal of the whale carcass is a costly venture, according to Abel, and an unnecessary step due to the unlikelihood that it will damage any boats.

In the past, there have been attempts to blow up carcasses, but those have created more issues than its worth.

“Cottontail” won’t just feed sharks, but other organisms will eat it amid a form of recycling, with the whale bones eventually dropping to the bottom of the ocean.

And just as Abel is concerned over humans impacting the way of life for sharks, he’s equally alarmed over the plight of the North Atlantic right whale, with fewer than 400 in existence — including two lost in 2021 and 34 since 2017.

While he knows that death by natural causes happens, Abel believes that human carelessness is speeding up the process of extinction.

“It's a tragedy. Yes, there's a lot of fishermen who are ethical and they bring their gear in. They don't abandon it,” Abel said.

“But the ones that do are definitely accelerating the whales’ demise.”