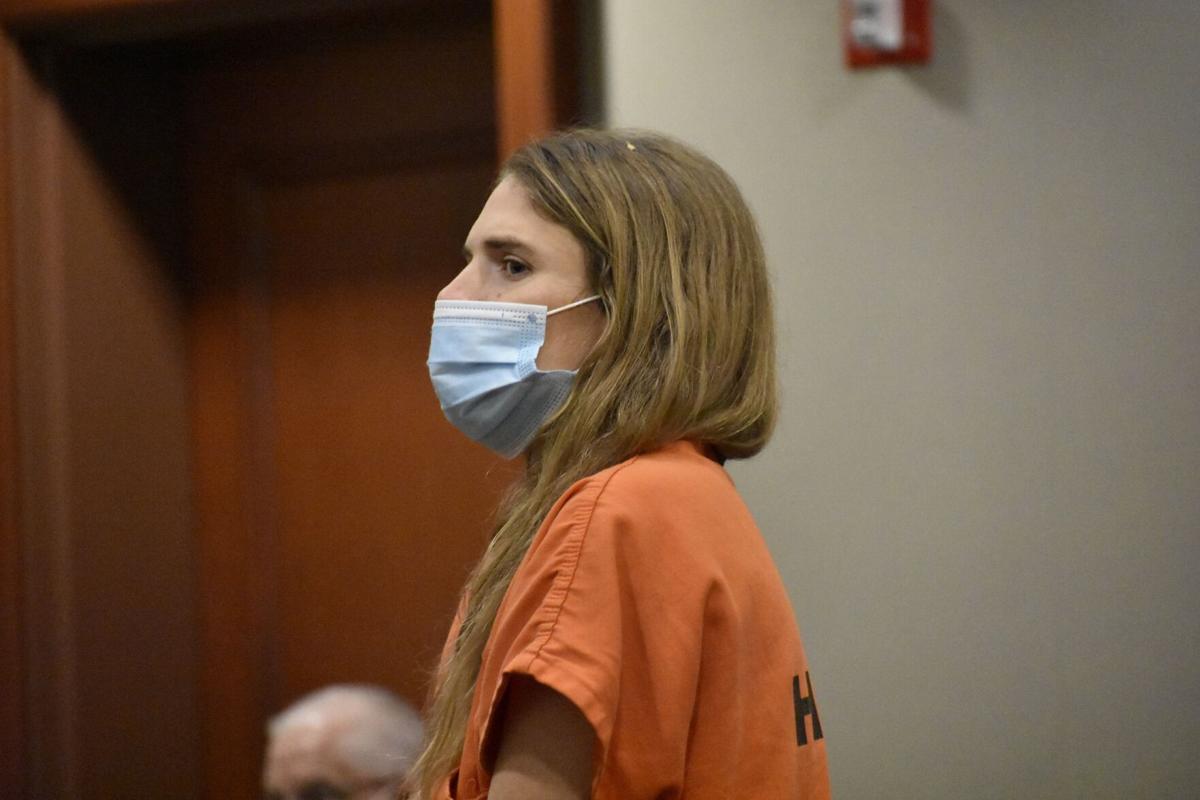 Co-defendant Meagan Jackson looks at the victim's family at a bond hearing Nov. 19. 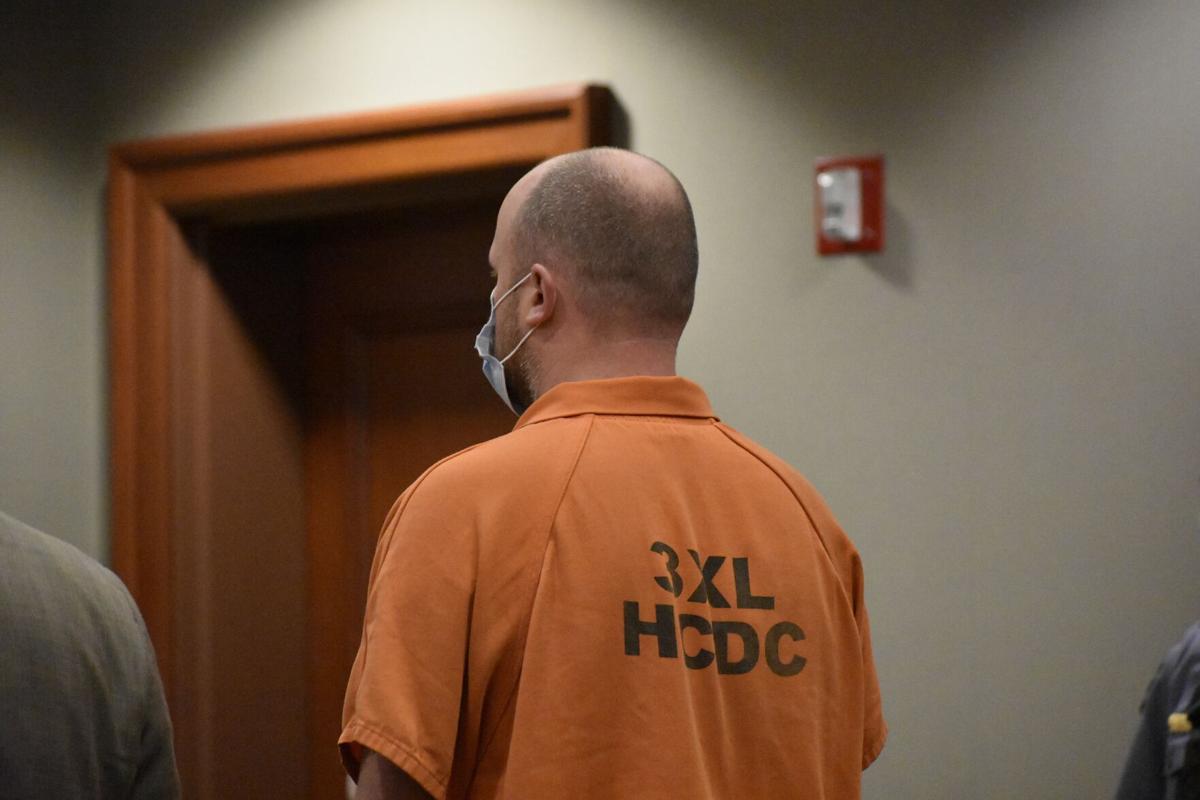 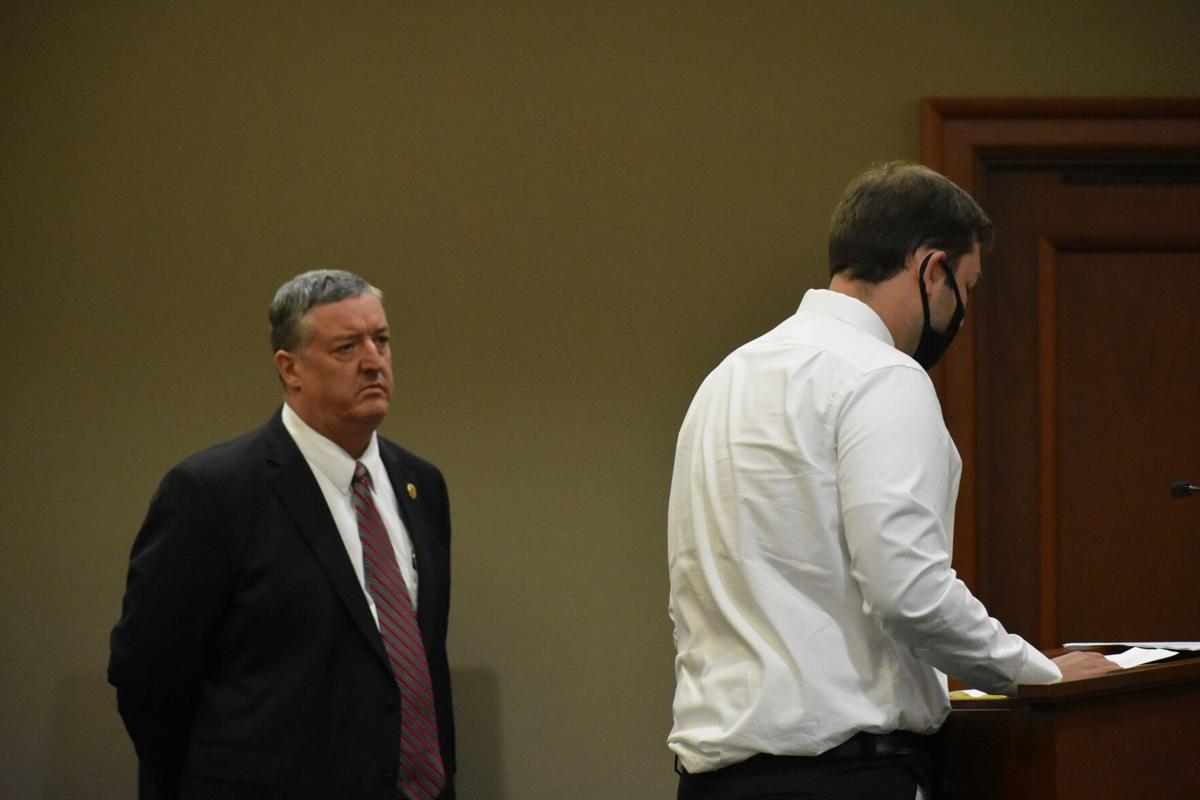 The victim's son pleads for the judge to not grant bond to Meagan Jackson and Chris Dontell while Solicitor Scott Hixson looks on. 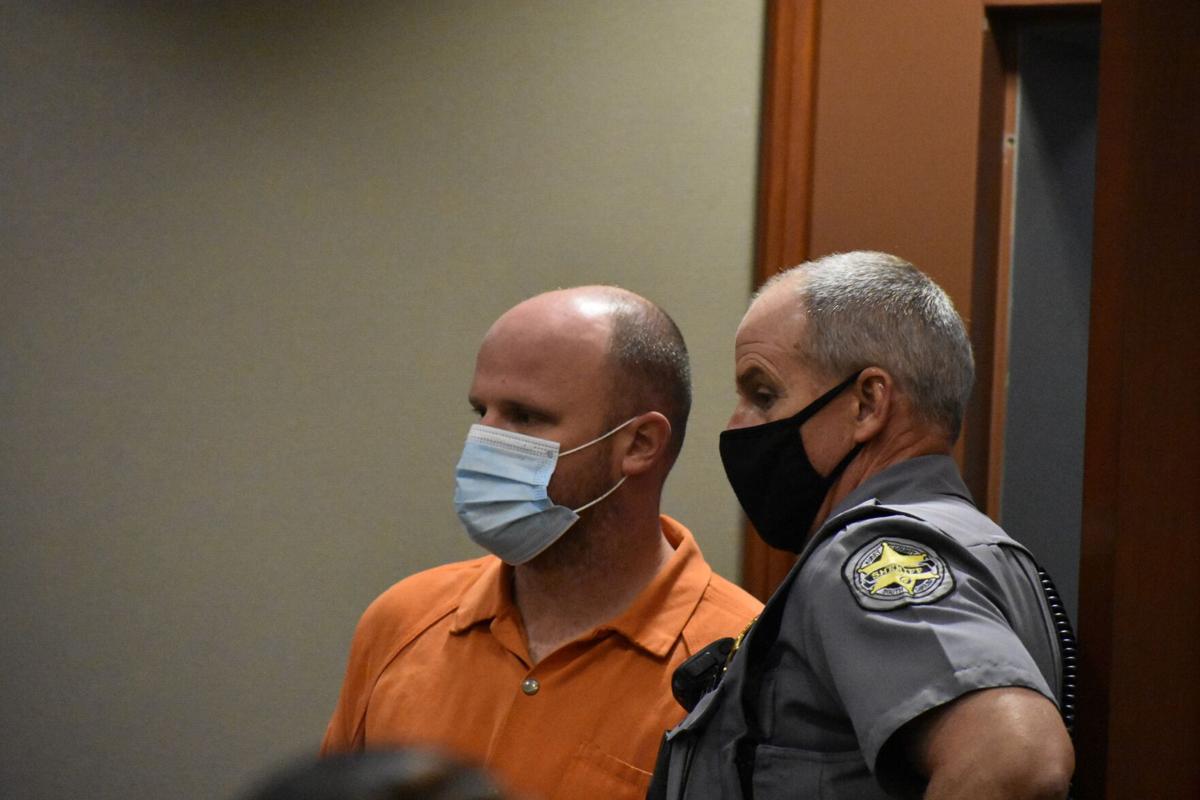 Former deputy coroner Chris Dontell gets instructions as he enters the courtroom Nov. 19.

Co-defendant Meagan Jackson looks at the victim's family at a bond hearing Nov. 19.

CONWAY — Bond was granted Thursday afternoon to Chris Dontell and Meagan Jackson, the two charged in connection with the death of Gregory Vincent Rice.

Rice's body was found Nov. 8 after being reported missing for more than a month.

Dontell and Jackson presently face charges of murder plus conspiracy, with released warrants stating the "defendant and others did conspire to kill the victim and the victim did die as a result of their actions."

Jackson, the mother of Rice’s children, appeared before Judge Steven John and was given a $100,000 surety bond. He also ordered her to home detention and GPS monitoring.

Horry County Solicitor Scott Hixson told the court that it was Jackson that first reported Rice missing to the authorities.  He said that Jackson and Dontell were later interviewed by the Horry County Police Department multiple times.

“Ultimately those statements tended to be inconsistent with the facts that the county police have,” Hixson said.

Hixson also explained that Jackson and Rice were separated at the time and were in the process of working out contact and custody issues.

‘Her demeanor kind of changed’: The year leading to Meagan Jackson’s arrest on murder charges

Dontell, a former Horry County deputy coroner, was granted a $150,000 surety bond, along with home detention and GPS monitoring.

He has been employed by the Coroner's Office for two and a half years, according to officials.

Hixon explained that Dontell and Jackson met while Jackson worked as a subcontractor for the Coroner’s Office.

“During the course of this investigation, Ms. Jackson and well as Mr. Dontell did admit to having an affair during this period of time,” Hixon said.

Hixson said that two individuals fishing Oct. 8 on the Marion County bank of the Pee Dee River saw a tarp with human remains — later identified as Rice through dental records.

That led the Solicitor’s Office to obtain warrants for murder.

During the bond hearing, it was discovered that after a search warrant at Jackson’s home on Nov. 19, she is going to face charges of alleged child abuse.

Hixson said that a hold will be placed on her release and she will face another bond hearing.

“We are very concerned about the safety and well-being of the children.”

Zach Rice, the victim’s son asked to speak to the court before the judge granted bond.

“Given the allegedly brutal and premeditated nature of my father’s murder, I believe both Meagan Jackson and Chris Dontell present an ongoing risk to the community.”

Zach Rice, who lives in Ohio, told the court that the children are now safe in his custody.

Area law enforcement leaders announced Tuesday afternoon that a joint team of more than 85 federal, state and local law enforcement officers arrested 18 individuals who have been charged for their roles in an interstate drug trafficking organization that operated for years out of Myrtle Beach, Conway and Florence.

Meagan Jackson, already charged with murdering the father of her four children, is now facing four counts of unlawful neglect of child or helpless person by legal custodian.