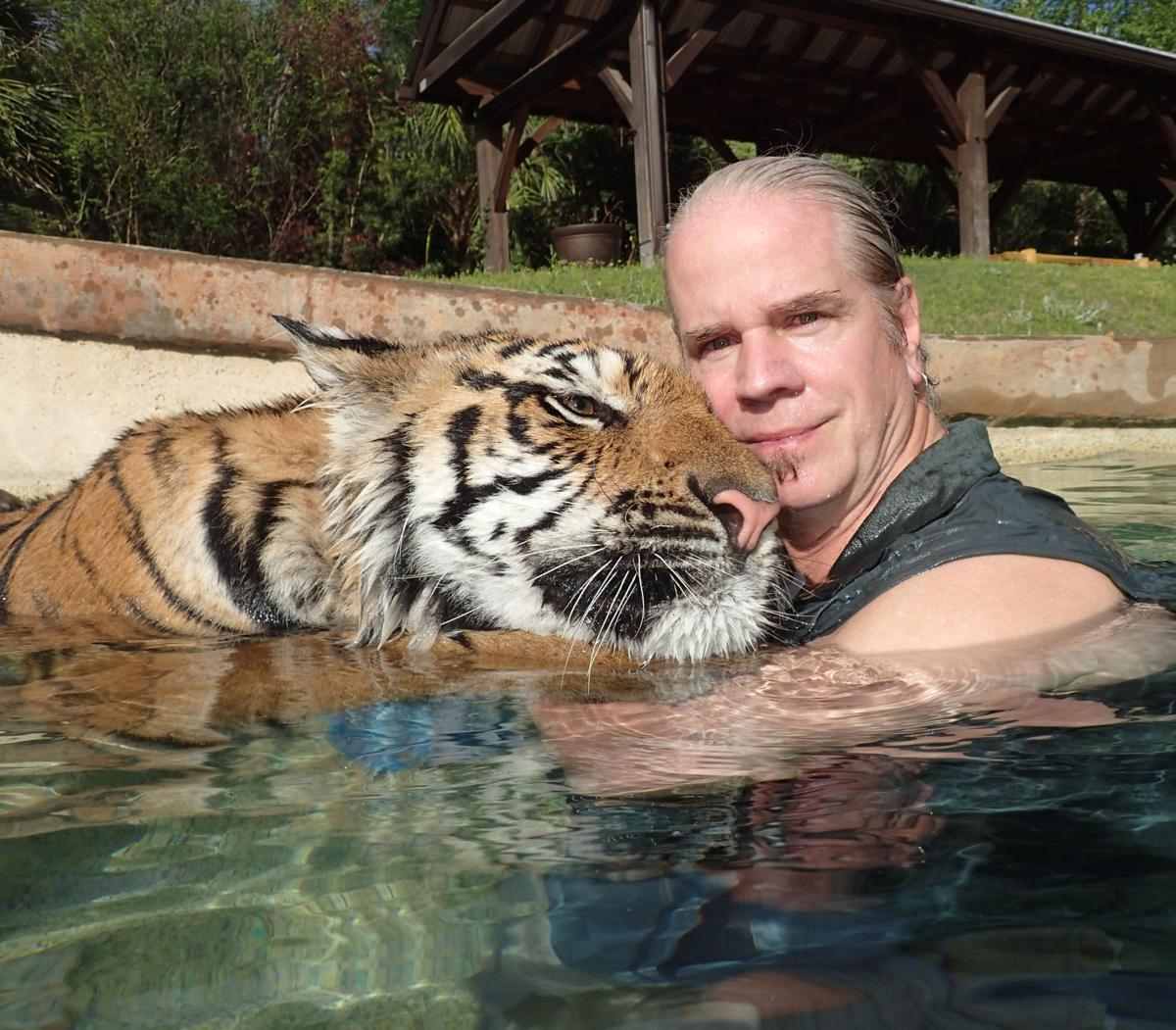 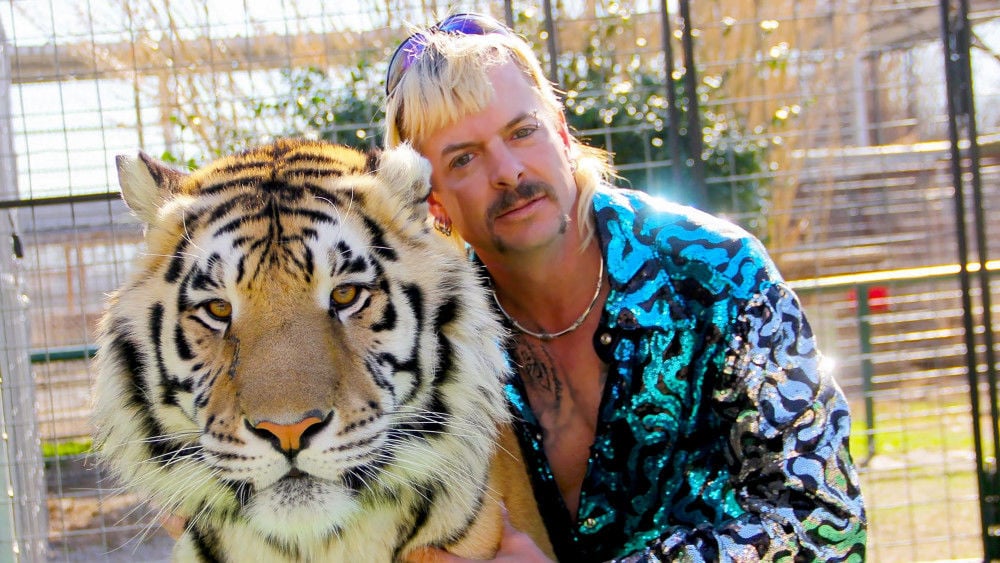 "Tiger King," which features Joe Exotic, is among the most-talked-about shows on "Netflix." Provided

Such is the life of Bhagavan “Doc” Antle, the much-maligned owner of the Myrtle Beach Safari and reluctant "Tiger King" star.

The celebrity friends he keeps have unknowingly put a “target” on his back, Antle told The Post and Courier Myrtle Beach.

The 60-year-old points to his ever-rising fame — one that includes more than 25 million social media followers — as paramount to his recent indictment on animal cruelty and wildlife trafficking charges in Virginia.

While a frequent target of animal rights groups around the world — not to mention in the court of public opinion that is seemingly split on Antle's massive 50-acre wildlife preserve in Myrtle Beach that saw a 2019 sweep by the State Law Enforcement Division — the well-spoken conservationist saw a rise to fame over the past 12 months due to his role in Netflix's documentary, "Tiger King."

He points to his role in the series as the reason he is facing charges.

“When I’m found clear of all these charges, it will not make world news. It won’t have the same power that this wrongful indictment did when it came down. That situation, everyone wants to poke at that. But when I’m found free of all wrongdoing, it’ll just get the back burner,” said Antle, founder of The Institute of Greatly Endangered and Rare Species (T.I.G.E.R.S.).

“I’ll hear about it for the rest of my life, ‘Oh yeah, you’re that guy that was indicted for cruelty.’ When there is no cruelty there, no evidence of any cruelty. We give them the world’s greatest care at the world’s greatest facility, and we’ve been financially able to provide the real A-list type of place for animals to have the best. And that’s missing in 99 percent of all places for wildlife. That’s how this Virginia case got rolling along, they have issues with other facilities and decided to drag us in because of the ‘Tiger King’ flag that could be waived.”

Antle’s disdain isn’t for the legal process but rather for the constant “war” he wages with animal activists — or “extremists” as he calls them.

PETA and the United States Humane Society — the latter an organization that Antle is quick to point out is not associated with community humane societies, referring to USHS as “evil” on multiple occasions — have provided obstacles and legal challenges that have cost Antle well more than $1 million to defend himself and his wildlife preserve over his 28 years in business.

From Antle’s perspective, the battle being waged isn’t a legal one, it’s one of ideology.

“PETA has always been there, holding their signs and stomping their feet, coming up with the animal extremists’ notion that animals do not belong in a human interactive environment, and that includes dogs, and cats, and wool socks, and chicken sandwiches,” Antle said.

“They want all of that gone, this is pressing for a vegan world order.”

Antle bristles at the suggestion, made by many animal activists over the years, that his wildlife doesn’t get proper care.

According to Antle, federal veterinarians make unannounced visits to the preserve multiple times a year — “they are partners in the process of giving high-end animal care,” he said.

The federal veterinarians also provide a “very strict and very staunch” set of rules that Antle says they abide by.

“Listen to the animal activists, they’re going to tell you that all of these things are illegal, and violations have happened, laws are being broken. It’s 100 percent not true,” Antle said.

“We’ve never been found to have a violation — ever.”

Over the years, Antle has had more than 35 U.S. Department of Agriculture violations for mistreating animals, although none mention the word “cruelty” and are mostly related to needed facility improvements or additions.

Last week’s visit by Lil Pump put Antle and his preserve back into the spotlight, with PETA demanding that the USDA investigate the visit.

Antle looks at celebrity visits differently — he believes that it focuses attention on the plight of the world’s endangered wildlife, opening people’s minds to the need for conservation and potentially opening up pocketbooks to help fund the cause.

This is also why Antle puts a “premium price” on the experiences at the Myrtle Beach Safari, with prices starting at $349 per person.

“The ability for people to come here and hug a tiger, and the premium fees that are paid for that, allow us to operate our ranger stations that we built from the ground up that are in the jungles today, that have our rangers walking the jungles today,” said Antle, explaining that Lil Pump was in the area at the tail end of stumping for President Donald Trump as well as filming an upcoming episode of Antle’s own docuseries, “Tiger Kingdom.”

“They’re picking up deadly snares, chasing poachers and keep scientists with them in the jungles that are trying to solve the problems of international conservation that are about to strangle the world.”

Antle has continued to operate the Myrtle Beach Safari despite the indictment, just months after he shut the business down due to concerns over COVID-19 — the latter egged on by PETA, according to Antle, as the animal rights group pushed the notion that the coronavirus could be spread by the tigers.

Antle says it is simply not true.

“They pressed, pressed, pressed all of that and tried to create all of these ideologies that something is going on,” Antle said. “They’ll say it’s the law that you have stop when it’s a green light. They’ll say anything. Red lights now mean go. They’re happy to say whatever insane interpretation they can, of anything.”

He admits that his brand has grown because of the Netflix series, “Tiger King,” which has been streamed by more than 64 million households, according to Netflix.

But Antle likens how he claims PETA has used “untruths” to vilify him to his experience with the uber-popular TV show.

Antle points to the loss of licenses by those associated with the show, and how he still retains his as proof that he has done things above board and within the law.

“(Tiger King) is massively a story of untruth. Tiger King is by no means a documentary, it’s just a salacious, crazy ride,” Antle said. “They made up all of these ideas about people, places and who had what. All of these PETA-style accusations, all of which, at least ours, were absolutely untrue.”

He says that he is guilty by association, as he called out “other low-life characters” such as Joe Exotic and Carole Baskin for cutting corners and “super substandard” facilities that put everyone in the business of wildlife under a microscope.

“(The Myrtle Beach preserve) is the Ritz-Carlton of wildlife facilities,” Antle said. “No place looked as good, had the collection, the huge habitats and the enrichment that we have here for the wildlife in our care. And we will continue to run that, I don’t think we are in jeopardy in any capacity, I don’t think anything is going to happen to the preserve or the ability for us to continue to see guests.”

Antle will have to juggle running the Myrtle Beach Safari and frequent trips to Virginia, where he will head later this week for a procedural visit. He anticipates that it will take years to clear his name.

His two daughters, Tawny Antle and Tilakum Watterson, are also facing misdemeanor charges in Virginia, something that dumbfounds their father.

He confirmed that they made the trip up to Virginia to secure a lion, which he says was then put into a federally approved transport crate and subsequently delivered back to the preserve in Myrtle Beach.

“What could they have possibly done that was cruel? Only ideology. There’s nothing there,” Antle said.

While he waits for his day in court, Antle wants to continue to “change people’s hearts,” both through his work at the preserve and conservation work abroad.

He’s determined to continue to fight PETA because he believes that the likes of elephants, big cats and apes are in “serious jeopardy,” and that his ongoing work will help show that “saving these last wild places is probably the most important thing given to the human population in the world today.”

He doesn’t want to see the “destruction of culture as we know it,” but knows that his opponent in PETA has a stable of wealthy supporters to tap into — he just doesn’t think those donating understand the ultimate consequence.

“(PETA) is getting their money from well-meaning people; they have a chicken sandwich in one hand and writing that check with the other, not realizing that this is the abolishment of chicken sandwiches,” Antle said.

“It’s the abolishment of your pet kitty cat that’s purring on your lap. They want to end it all.”