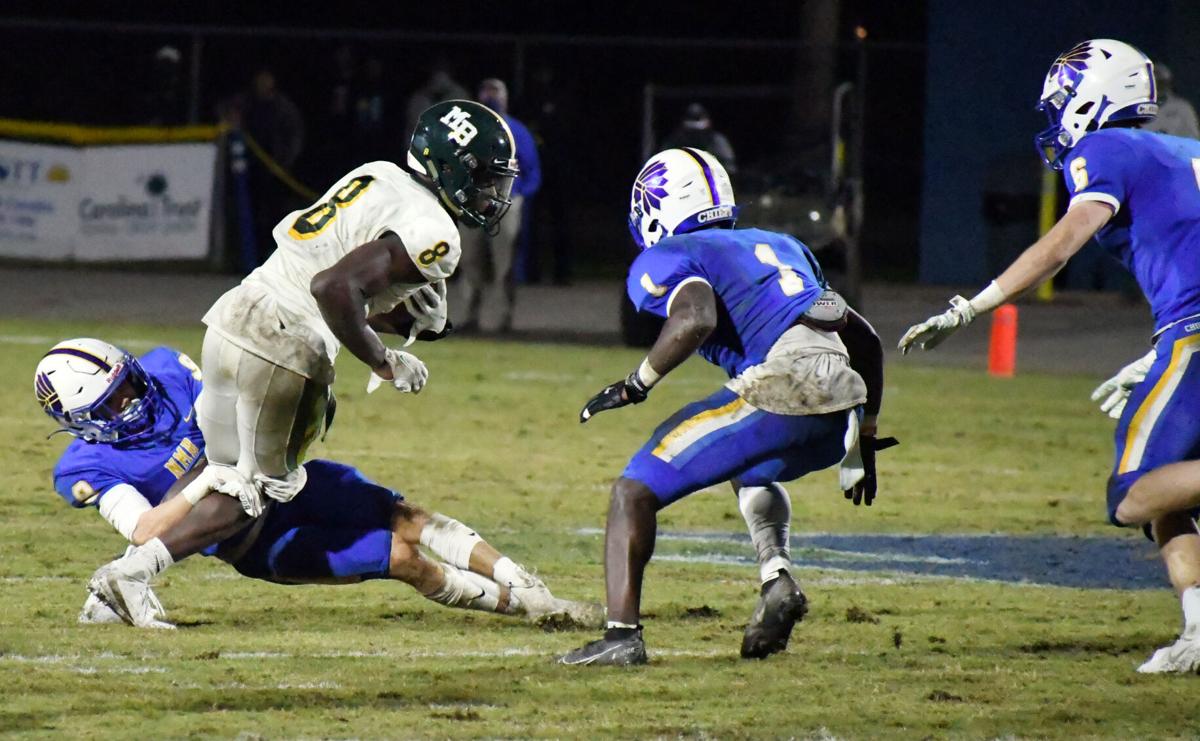 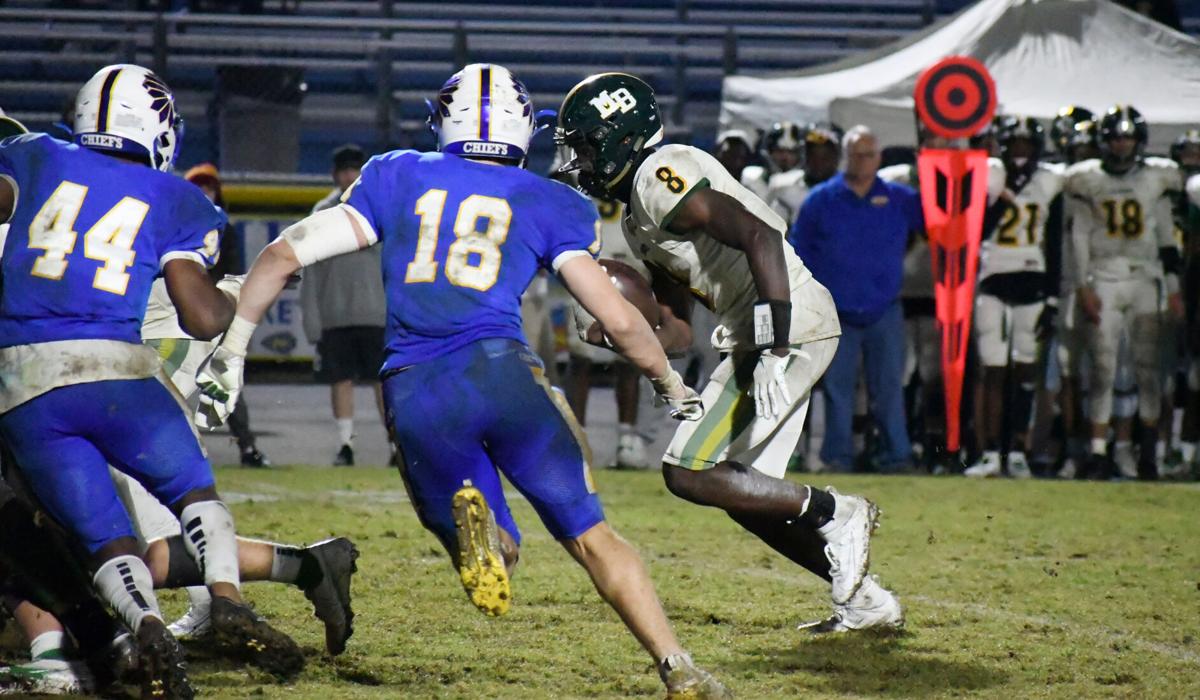 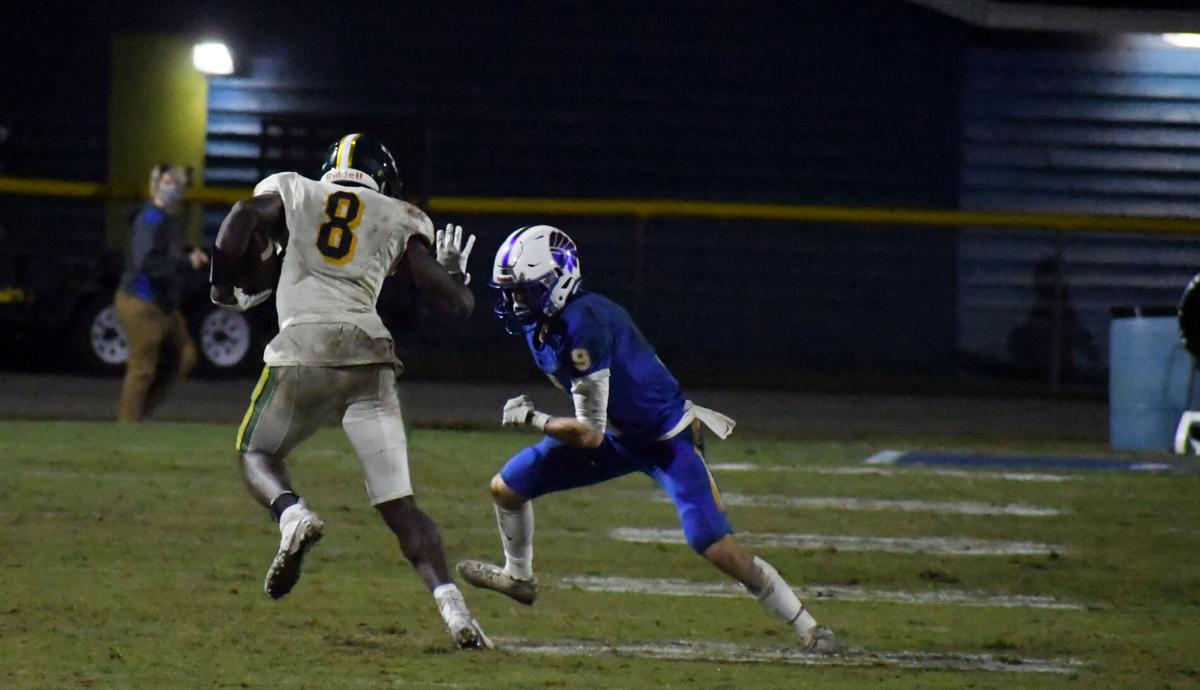 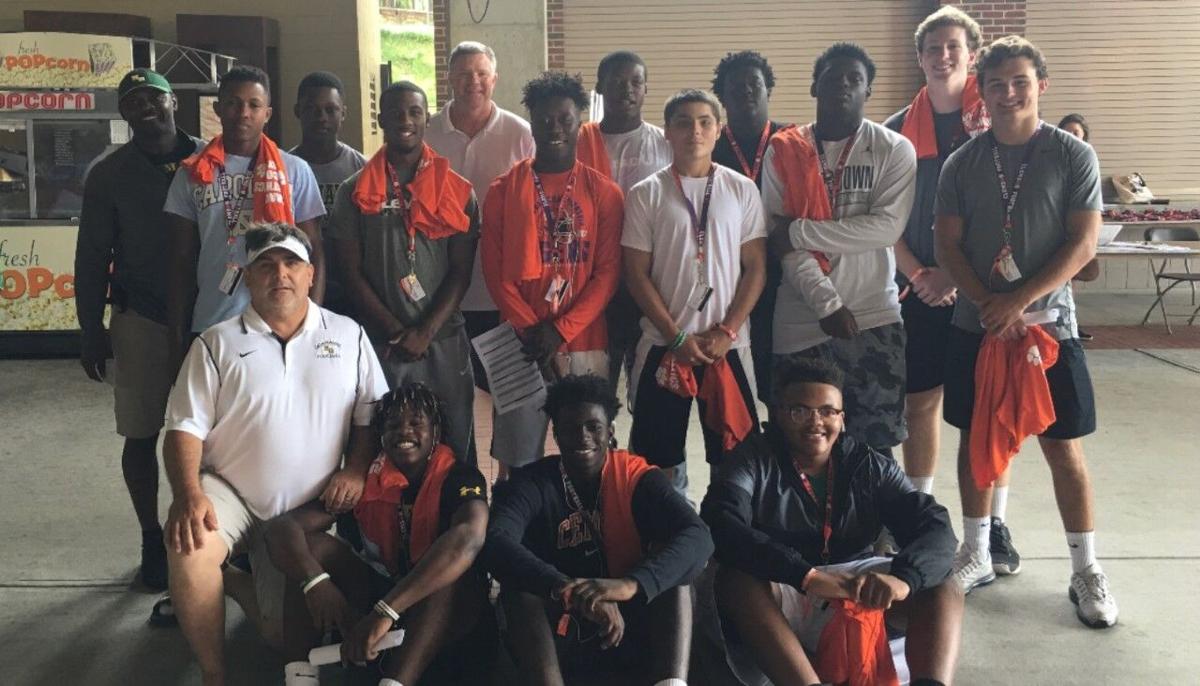 MYRTLE BEACH — When you catch Clemson head football coach Dabo Swinney’s attention, you have to make the most of it — and that's exactly what Myrtle Beach High wide receiver Adam Randall did.

Randall attended the Dabo Swinney Football Camp at Clemson in 2017 when he was just an eighth-grader, eventually put on the same camp team as Swinney’s youngest son, Clay.

Clay was the quarterback for the camp team, while Adam played wide receiver. Swinney watched Adam's group play for 30 minutes, and Adam said he was delighted that Coach Swinney took the time to watch him specifically.

“I knew it was a pretty big deal,” Adam said. “It just meant a lot to me and it meant that I knew that he cared about every individual that he saw come on that campus. Just knowing that me, a little eighth-grader, and him coming to watch his son play with somebody in eighth grade just shows the kind of character and what kind of guy he is.”

“Clayton went home and told his dad about Adam,” said Jerome Randall, Adam’s father who is also the special teams coach at Myrtle Beach High. “He said, ‘I’ve got a kid over here from Myrtle Beach, dad. All I’ve got to do is throw it up and he’s going to get it.'"

It was also beneficial for Adam that two of the coaches for his camp team were Tyler Grisham, then an offensive analyst for the team and now the wide receivers coach, and Will Swinney, Coach Swinney’s oldest son who just finished up his senior season with the Tigers.

Adam made a strong impression on the Swinneys and Grisham, as he received an offer to play at Clemson in September. He had a plethora of offers from other schools, and had the field narrowed down to four schools as his finalists: Clemson, South Carolina, Tennessee and Oregon.

In the end, Adam chose the Tigers on Christmas Day.

“They made me feel at home ever since I started my recruitment, especially back in 9th grade,” Adam said. “That was one of the first places I visited. I went to a game to see the atmosphere of their games, and their campus was beautiful, and also their academics are great … Coach Grisham, the wide receiver coach up there at Clemson, he taught me a lot ever since I was a young eighth grader going to Clemson camps … when he got promoted to the job, I knew it would be hard for me to turn down going up there to play with them.”

Adam was originally going to announce his decision on Thanksgiving, but Myrtle Beach was playing North Myrtle Beach in the semifinals of the 4A state playoffs the following day — a game they would lose to the Chiefs — so Adam decided to wait until Christmas to make his decision.

The Tigers will be getting a four-star recruit who caught 41 passes for 844 yards and nine touchdowns this past season. Adam also rushed the ball 11 times for 78 yards and a touchdown, with a fumble being his lone blemish in his junior season for the Seahawks.

'He sacrifices a lot': How CCU's Teddy Gallagher rose to be a standout linebacker

“I think the biggest thing with Adam is Adam’s one of the hardest workers we’ve got in our program,” Myrtle Beach head football coach Mickey Wilson said. “It’s always great to have one of your best players be one of your hardest workers. I think it definitely sets the tempo and sets the tone for the rest of the team … to have all that talent on top of that is kind of scary.”

The Randall family has made its mark in athletics in the state of South Carolina, with Adam committing to Clemson just being the latest addition. Jerome played basketball at South Carolina State and Adam’s brother, Austin, also played football for Myrtle Beach High School and is currently a safety for Coastal Carolina University.

Jerome coached his sons for the vast majority of their lives, from T-ball to recreational basketball and football to Myrtle Beach High football.

“When Adam came out the womb, he had a basketball in one hand and a football in the other hand,” Jerome said. “I’ve coached him since he’s been playing Smart Start tee-ball. My wife, she’s a guidance counselor; she did the academic piece and I did the sports piece.”

Jerome noted how Adam is all business when the family would attend games, always learning how he could get better.

“When we go to basketball games or football games, any sporting event, he sits and watches the game intently,” Jerome said. “He (isn’t) clowning around with his other buddies and stuff, he actually pays attention to what’s going on on the field.”

Adam made the Myrtle Beach High JV team in the 8th grade, where his dad also coached him, and his 9th-grade year he made varsity.

That 2018 season was a special one for the Randalls, as the Seahawks won the state championship with Adam as a freshman wide receiver, Austin as a senior cornerback and Jerome as the special teams coach.

“It was very special because usually, not many people get to win a state championship, especially with their brother,” Austin said. “We got to compete with each other during practice and it was also fun having him on the sidelines showing him what to do and setting him up for the future while he was there during his high school career.”

In 2019, the Seahawks finished as the runners-up in the 4A state championship, and in 2020, they lost in the aforementioned semifinals.

After playing his senior season at Myrtle Beach, Adam will join a Clemson program that has had eerily similar finishes to the Seahawks in the last three years. Adam plans to graduate from Myrtle Beach High a semester early and enroll at Clemson in the spring of 2022 to get a head start on his college career.

“It just shows how people that are in good cultures want to be in good situations at all times,” Adam said. “Me going into a culture like that, it kind of is ironic to me because two years ago, Clemson won a championship, they were a runner-up last year and they lost in the semifinals this year. That’s the same exact situation that Myrtle Beach has been in in the last three years. So it’s just ironic to me because it was just a match made in heaven.”

Adam hopes that this trend will end in championship for both the Seahawks and the Tigers in 2021.

“Hopefully next year we can both turn it around and be back on top,” he said.