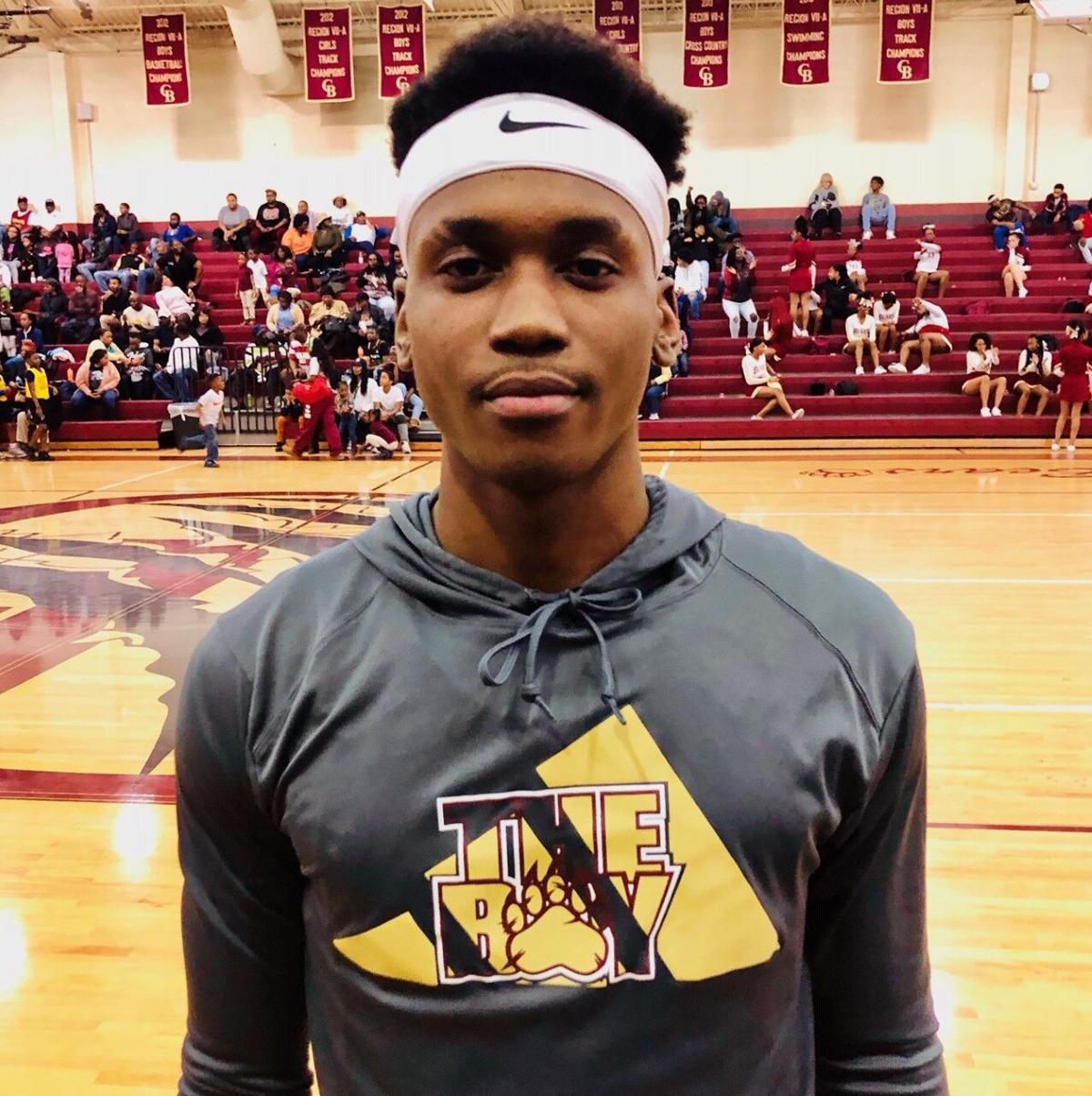 During Stephon Greene's senior season for the Carvers Bay basketball team, he averaged 17.7 points and seven rebounds per game. That season (2019), he was named a North-South All-Star, made All-State, was the 2A Region Player of the Year, was 1st Team All-Region and was a Preseason Top 5 Senior. He also made All-State in 2017 and 2018 and was on the 2018 2A state runner-up team. Provided

After entering the NCAA transfer portal on June 24, the former Carvers Bay High School football and basketball star decided to transfer from Concord University in Athens, WV, to Miles College in Fairfield, Ala..

Greene was a redshirt freshman on the Concord football team, but did not play last year, leaving him with four years of eligibility left. He wanted to play basketball for Concord, but a significant injury prevented him from doing so.

Greene tore the lateral meniscus in his left knee back in December.

“It happened when we were doing drills," Greene said. "We were doing seated butt-rolls and I hopped up and something popped in my left knee. I couldn’t walk or bend my knee. I was on crutches for three weeks before I went to the hospital to have an MRI.”

There were two big factors as to why Greene decided to transfer.

“It’s nothing against the school,” he said. “I just need a change of environment. I felt like I needed to be somewhere else.”

Greene also decided to transfer because the entire coaching staff that recruited him was fired.

Greene will only be playing basketball for Miles College this season.

“I got a new perspective and felt like I should be playing basketball,” he said. “There’s something leading me toward basketball. I think it’s the best way for me to become successful. I like basketball more than football; that’s another reason I’m going for just basketball now.”

During Greene’s senior season for the Carvers Bay basketball team, he averaged 17.7 points and seven rebounds per game. That season, 2019, he was named a North-South All-Star, made All-State, was the 2A Region Player of the Year, was 1st Team All-Region and was a Preseason Top 5 Senior. He also made All-State in 2017 and 2018 and was on the 2018 2A state runner-up team.

Greene will now play for a Miles College program led by head coach Fred Watson, a graduate of Choppee High School, which merged with Pleasant Hill High School in 2000 to form Carvers Bay. Watson has already made a big impact on the Division II college basketball landscape.

Watson was named to the Silver Waves Media 50 Impactful Division II/National Association of Intercollegiate Athletes Head Coaches list on June 3, and, back in April, was named the NCAA Division II Coach of the Year by HoopDirt.com and BOXTOROW.

He guided the Golden Bears to a 24-4 record last season and the program’s first-ever back-to-back 20-win seasons. Going 16-3 in Southern Intercollegiate Athletic Conference play, Watson led the team to its longest-ever in-season winning streak (13 games) and had them ranked 19th nationally in Division II at one point en route to a SIAC Western Division title for the second straight season.

Watson also won Coach of the Year in the SIAC for the second time in his two years at Miles College after leading the Golden Bears to back-to-back conference tournament titles. Miles was given a No. 8 seed in the national tournament, but the tournament was canceled due to COVID-19.

And he has won Coach of the Year in the SIAC seven times overall, the other five times when he led Benedict College in Columbia, South Carolina to conference tournament championships. Watson was the head coach at Benedict from 2002 to 2018 and also played at the school as a small forward from 1994 until he graduated in 1998.

Both Greene and Watson being from Georgetown County played a role in Greene coming to Miles College.

“We were in contact my junior year (of high school),” Greene said. “Then when he went from Benedict to Miles, we were still in contact. When I decided I wanted to transfer, Coach Fred was one of the first people to come to my mind of who I should reach out to. I let him know my situation and the pieces fell into place and now I’m at Miles College.”

Although Greene and Watson both knew each other being from the same area, that didn’t necessarily make Greene a shoo-in for the spot.

“It was the best decision to improve our depth and our program,” Watson said. “It’s not because of the relationship down there. His abilities decided that he was the best kid to take. He brings added depth at the position and with his football background, we like his energy.”

Greene will play a mixture of both small and power forward for the Golden Bears.

Greene is excited to play for Watson because he thinks Watson will develop him as a person in addition to his abilities on the court.

Greene is currently on campus and has enjoyed his time there so far.

“Things are slow right now, but it’s pretty nice,” he said. “I have no problem with it. We got open gym every night to get in shape. It’s pretty cool; I like it.”

Watson hopes more players from Georgetown County will be recruited in the future because he believes the area is underserved.

“It’s an untapped talent pool that goes unnoticed,” he said. “It’s an underserved pool of talent. I knew the challenges to get exposure. I’m trying to get more coaches to go down there and see the talent produced down there.”