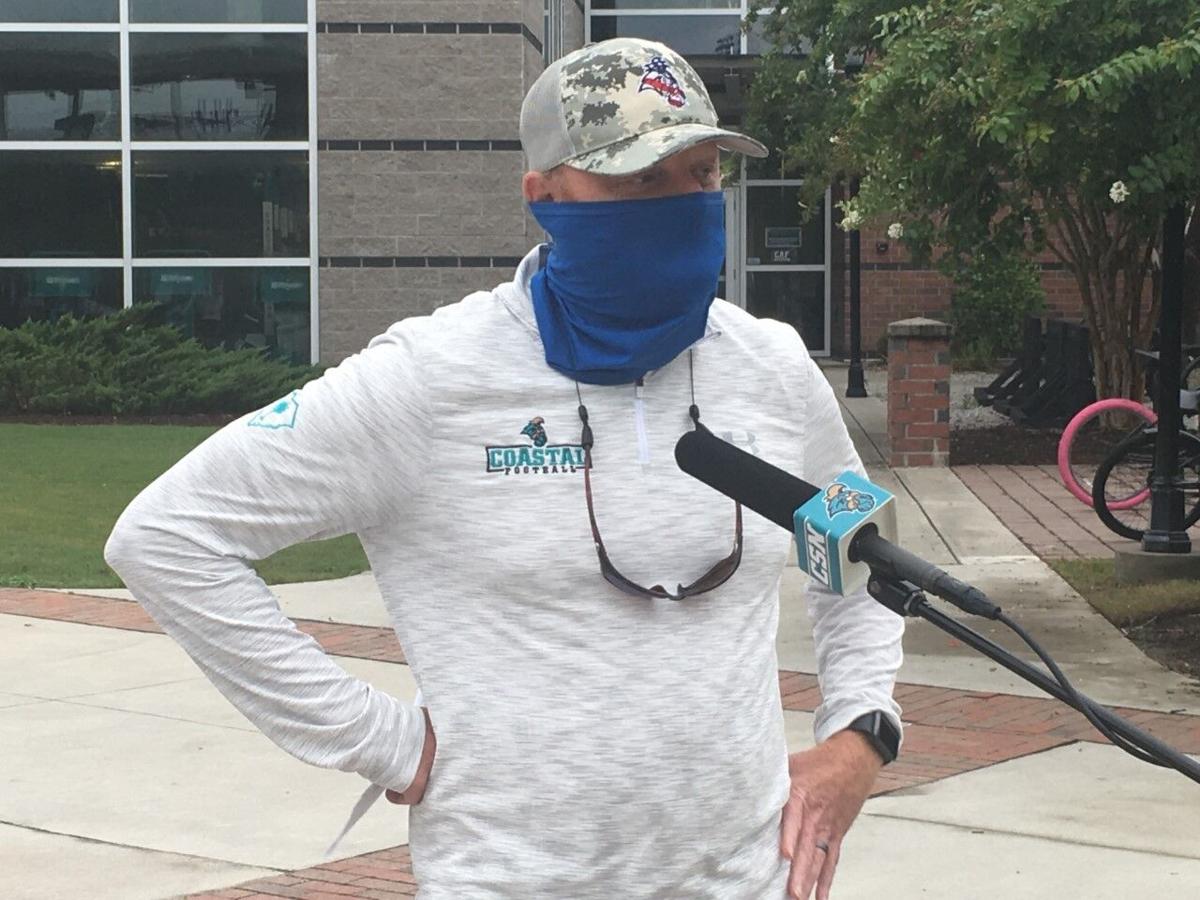 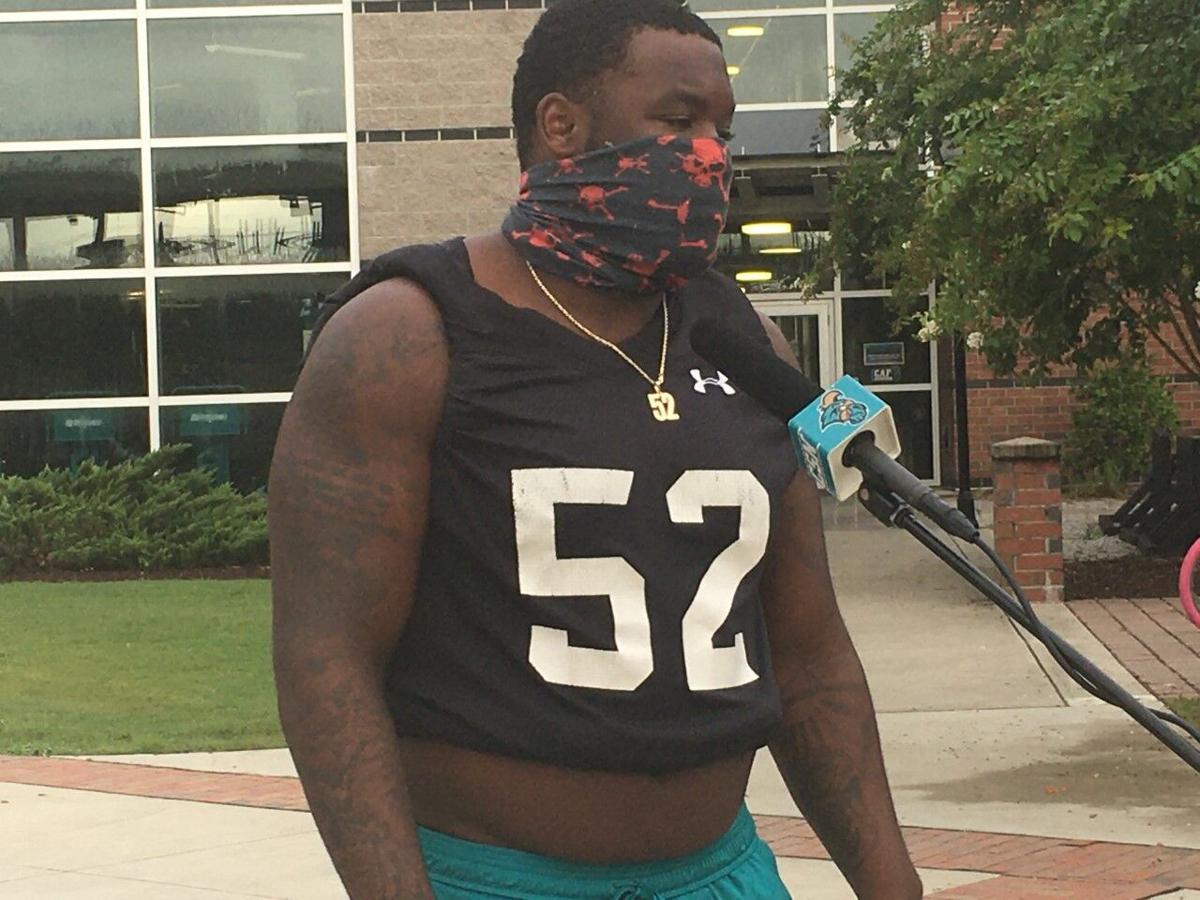 With the Southeastern Conference announcing Thursday afternoon it would be adapting to a 10-game, conference-only football schedule this upcoming season, Coastal Carolina’s game at Williams-Brice Stadium against the South Carolina Gamecocks slated for Sept. 5 has been canceled.

“It’s going to be disappointing to me,” Coastal Carolina defensive coordinator Chad Staggs said before practice on Thursday. “I GA’d (Graduate Assistant) there (South Carolina) and was there a long time and grew up a South Carolina fan and haven’t been back. It seems like every time I’ve been at a school when we’re scheduled to play them, something happens. Either I was at a different school or something, so it’s disappointing to me."

Despite the letdown of not being able to play the Gamecocks, Staggs is still focused on bigger things.

“Our ultimate goal is to get to a bowl game, our ultimate goal is to win the conference,” he said. “The Sun Belt Conference is more important than that game and I think the players have that in perspective. We’ve got a really special group in terms of understanding what our goals are and that’s a great game to play, but that’s not within, necessarily the goals of what this team has. So I think they’ll be disappointed, but I don’t think it’s going to make or break them.”

“It’ll definitely be a disappointment,” Jackson said. “We want to play everybody on our schedule this year, but we’re just ready to play football. So whoever we play against when the season starts, we’re going to give it our all.”

Coastal Carolina's Sept. 19 home clash with Duquesne was initially thought to be in jeopardy when the Northeast Conference postponed its fall sports season to spring, but, according to Coastal Carolina assistant athletic director for media relations Kevin Davis, because Duquesne is an affiliate of the NEC, it can decide on its own if it still wants to play the Chanticleers and still plans to as of now.

Coastal Carolina has two other non-conference games remaining on its schedule — Kansas and Eastern Michigan — so the Chanticleers will have to wait and see what the Big 12 and Mid-American conferences, respectively, decide with their schedules. A decision from the Sun Belt regarding non-conference could also come into play at some point as well.

Unfortunately for Coastal Carolina, if the Jayhawks are unable to make the trip to Conway, it would postpone the first-ever Power 5 team playing at Brooks Stadium. The Chanticleers upset Kansas in Lawrence last season, 12-7.