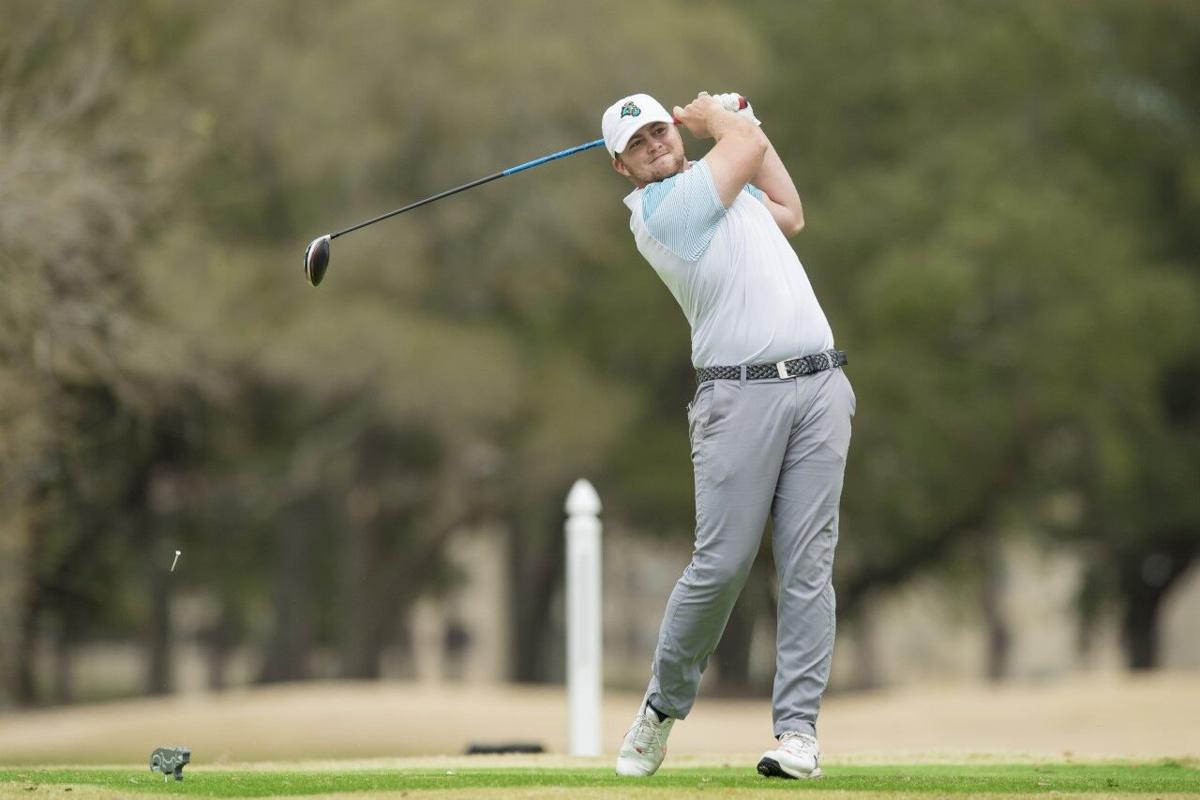 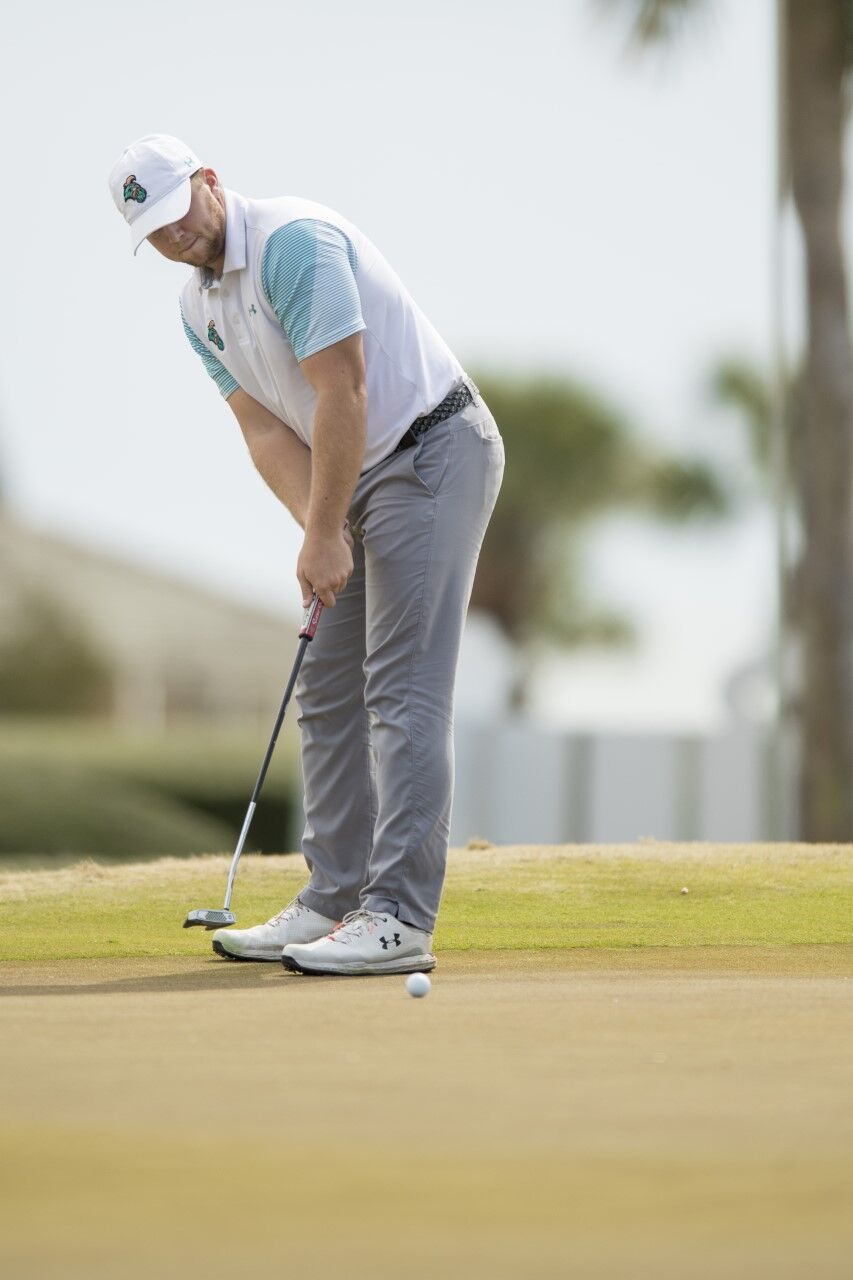 Coastal Carolina fifth-year senior golfer Zack Taylor started out in the school's PGA Golf Management program, but was then called up to the team when a spot became available his junior year. Taylor now has the best scoring average in program history. Provided/Coastal Carolina University Athletics

Coastal Carolina fifth-year senior golfer Zack Taylor started out in the school's PGA Golf Management program, but was then called up to the team when a spot became available his junior year. Taylor now has the best scoring average in program history. Provided/Coastal Carolina University Athletics

The Pittsburgh native boasted a better career scoring average (71.15) than Chants legend and World No. 1 golfer Dustin Johnson (72.26) coming into this season, which is good enough for the best in the program’s history.

“It would mean a lot,” Taylor said of finishing ahead of Johnson in scoring average. “To me, that would make me just prove something to myself and show where I’ve come from. So I think it’s just cool and it’s something I would love to try to do. It would mean a lot, put it that way.”

Taylor has come a long way to get to where he is now, walking on to the team his junior year of college.

“I started out in the PGM (PGA Golf Management) program, the developmental program at Coastal,” he said. “Coach (Jim Garren) was short-recruited and needed to fill a spot, so he pulled me from the PGM program and gave me a shot, and it worked out really well, obviously.”

Taylor was relatively inexperienced before joining the team and is now a mainstay at the team’s No. 1 spot in the lineup.

CCU's clash with Louisiana Lafayette rescheduled for Oct. 14 on ESPN

“I had never played college golf before,” he said. “I wanted to, but I didn’t have the opportunity. So, coming from where I was and where I am now, it really proves to myself (I could succeed) having come from where I did, when I didn’t go the traditional college athlete route.”

Taylor was granted an extra year of eligibility by the NCAA after last season ended early due to the pandemic.

“It’s nice to have Zack back,” Garren said. “Zack’s been great. This will be his third year on the program. He’s the all-time leading scorer in the history of Coastal Carolina golf. He’s way behind Dustin Johnson in total of number of wins (50 to 19), but from a scoring and consistency standpoint, he’s the best that’s ever been here. So it’s nice having him back.”

Tyler Gray, a teammate of Taylor’s and a junior from Lugoff, S.C., has looked up to Taylor and has admired his work ethic.

“Zack’s a really good leader,” Gray said. “He knows how to lead by example and he’s one of the hardest workers I’ve ever seen, if not, the hardest worker. He knows what he wants and he’s going to go out there and he’s going to get it. That’s really all I have to say; he’s just a really hard worker and a great teammate and is a great influence on all of us to work harder and show us that you can be great, you just got to put the time and effort in to do it.”

The team already has a tournament under its belt, the Graeme McDowell Invitational, in which it placed fifth overall at the Greystone Golf & Country Club in Birmingham, Ala. Taylor, Gray and sophomore Gavin Noble all finished in the top 15 in the tournament.

After playing at the Intercollegiate at the Grove tournament in College Grove, Tenn. on Oct. 12-13 at the Grove Golf Club, the Chants will participate in the Maridoe Invitational in Carrollton, Tex. from Oct. 18-20 at Maridoe Golf Club, a tournament that will boast some of the best college programs in the country.

Taylor has set high expectations for himself and his team in his final season.

“Obviously, the main goal is to win every time,” he said. “That’s obviously not realistic, but I’d like to get another win or two under my belt before my college career is over, and our goal for every season is always to win conference and then go on from there. The (big) main goal is to obviously win it all, but our main goal we always focus on is to win conference and move on from there.”