The month of May is a busy one for the Grand Strand.

With Harley Week going on through May 16 and Memorial Day happening right after, local officials from both Horry and Georgetown counties are preparing for an influx of people and traffic.

The city of Myrtle Beach has outlined its plans for Memorial Day weekend with about 300 outside officers expected to assist the Myrtle Beach Police Department, Cpt. Joey Crosby said.

Along with additional police presence, residents and tourists can expect changes to the flow of traffic around Ocean Boulevard. Traffic will only be able to go southbound on Ocean Boulevard as the northbound lane will be closed for emergency vehicles, leaving the road as one way. 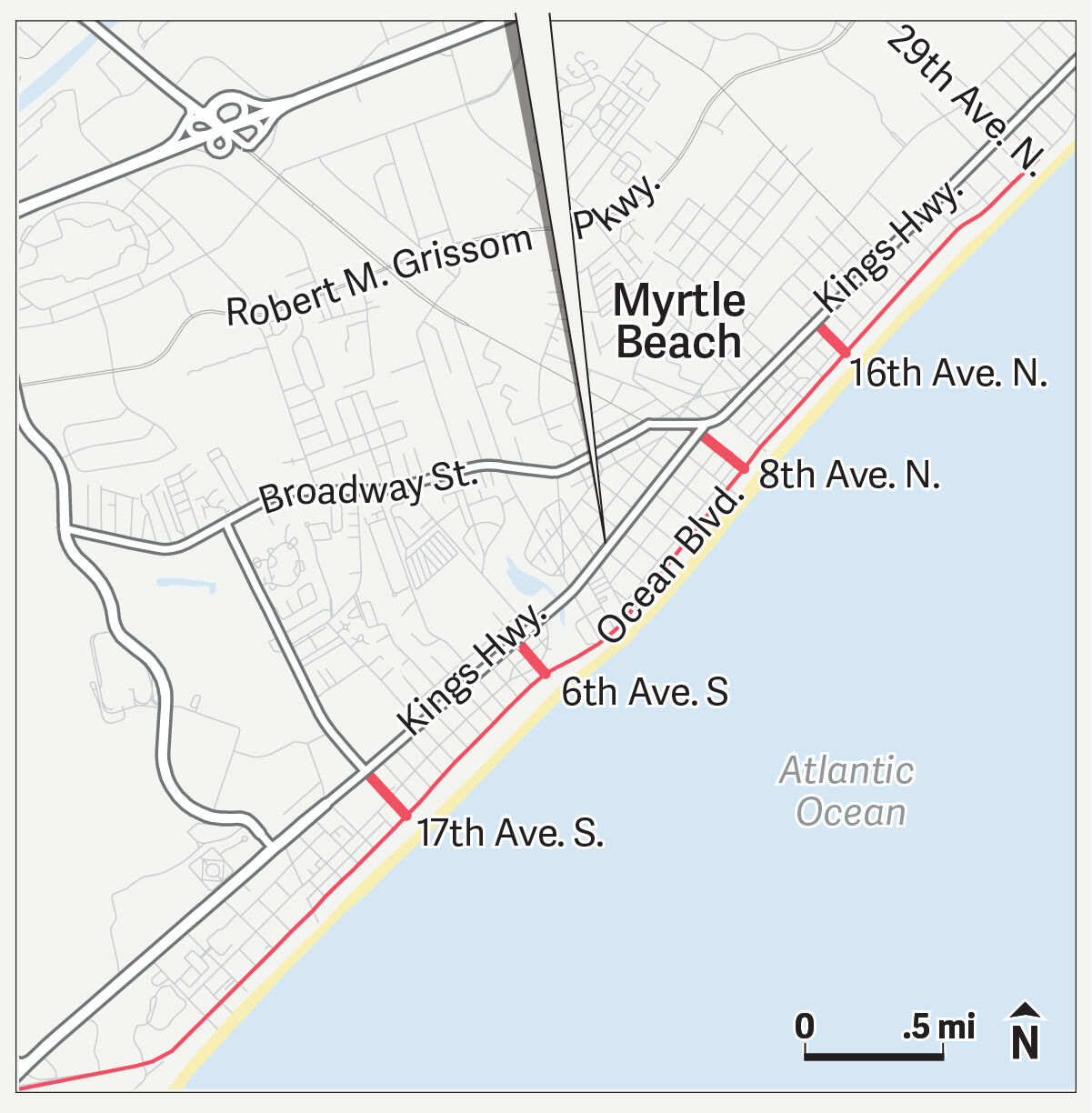 The following avenues will be closed:

The following avenues will be open:

These changes will start at 6 a.m. Friday, May 28 until May 31 around the afternoon.

Another change residents and tourists will see is the elimination of the controversial loop.

A 23-mile traffic loop was implemented in 2015 to move visitors through the city, but the traffic pattern was only in place during Black Bike Week.

Because it did not happen during other events such as Harley Week, the NAACP filed a lawsuit against the city for discrimination, but the jury sided in favor of Myrtle Beach as they felt the same actions would have be taken if race was not considered.

"Give yourself additional time on the roadway to get to and from your destination," Crosby said.

"Be mindful that there will be motorcyclists on the roadway. So, take an extra look in your mirror to see if you see a motorcyclist that may be in your blind spot."

When asked how the Myrtle Beach coordinates with other officials, Crosby said not just Horry County, but all the municipalities with law enforcement agencies throughout the county met a few weeks ago to discuss their plans.

Horry County is aware of the major influx of people and said during a public safety meeting it has plans in place to maintain safety standards. During the meeting Chief Joseph Hill said the county will have additional protocols along the Intracoastal Waterway.

When asked if the county will close roads, Mikayla Moskov, spokesperson for the Horry County Police Department, directed The Post and Courier Myrtle Beach back to a recording of the public safety meeting.

During the meeting, officials said Grand Strand can expect a busy summer season, but they did not go into specifics regarding specific road closures and traffic delays.

Though bike week and Memorial Day weekend tend to be synonymous with the Myrtle Beach area, initial Harley Week activities showed an influx of people in Georgetown County.

Biker bars such as The Beaver Bar and SUck Bang Blow are separated by the county line with one in Georgetown County and the other in Horry County, respectively.

Black Bike Week normally takes place over Memorial Day weekend but has been canceled. Police Clerk Kim Mujas said Atlantic Beach will be fully staffed but they are not allowing special events.

"Once they realize we are not holding anything, and that Myrtle Beach is, that is probably where they will go," Mujas said in a previous interview with The Post and Courier Myrtle Beach.

Georgetown County Sheriff's Office has not requested additional help from outside agencies, Spokesperson Jason Lesley said, but he said the county will be fully staffed for the weekend.

The State Law Enforcement Division will be helping out during both Bike Week and Memorial Day weekend, spokesperson Tommy Crosby said. But he was not able to go into details on which respective counties or government agencies requested SLED's help.

"We support local law enforcement in their public safety needs during special events on a routine bases," Crosby said, "which does include, traditionally, Bike Week and other events held there in the Grand Strand."