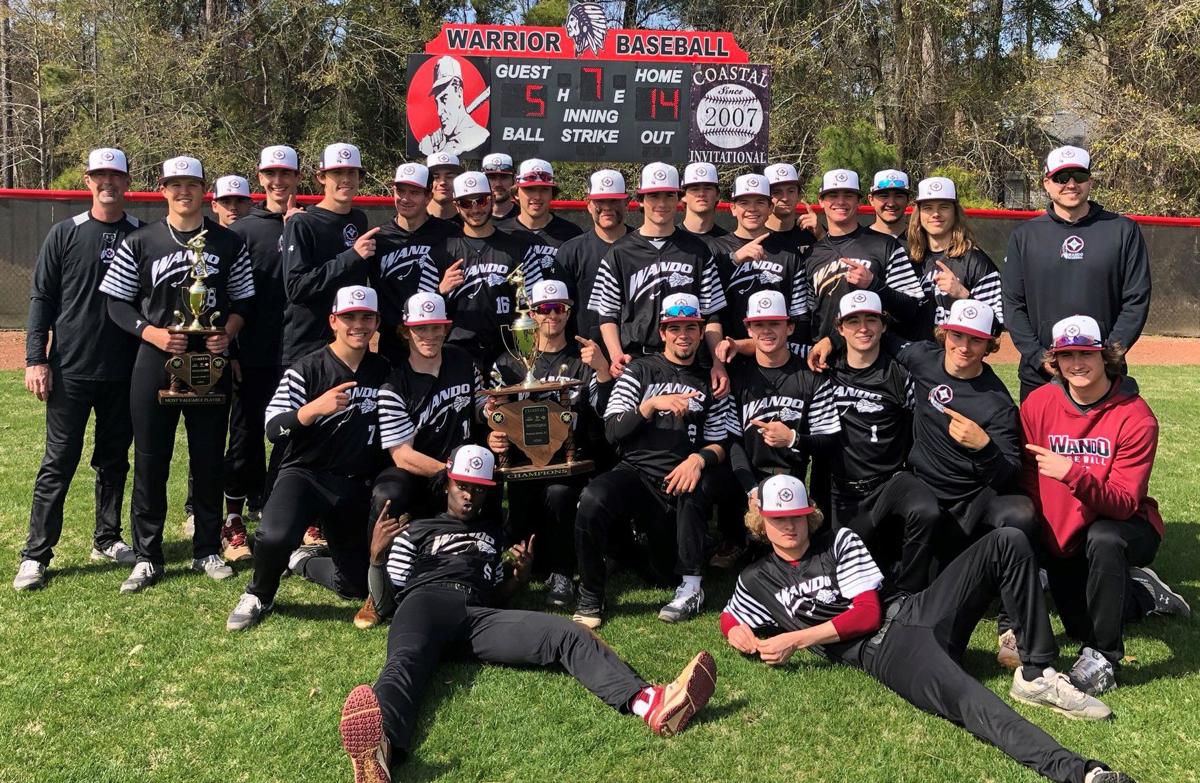 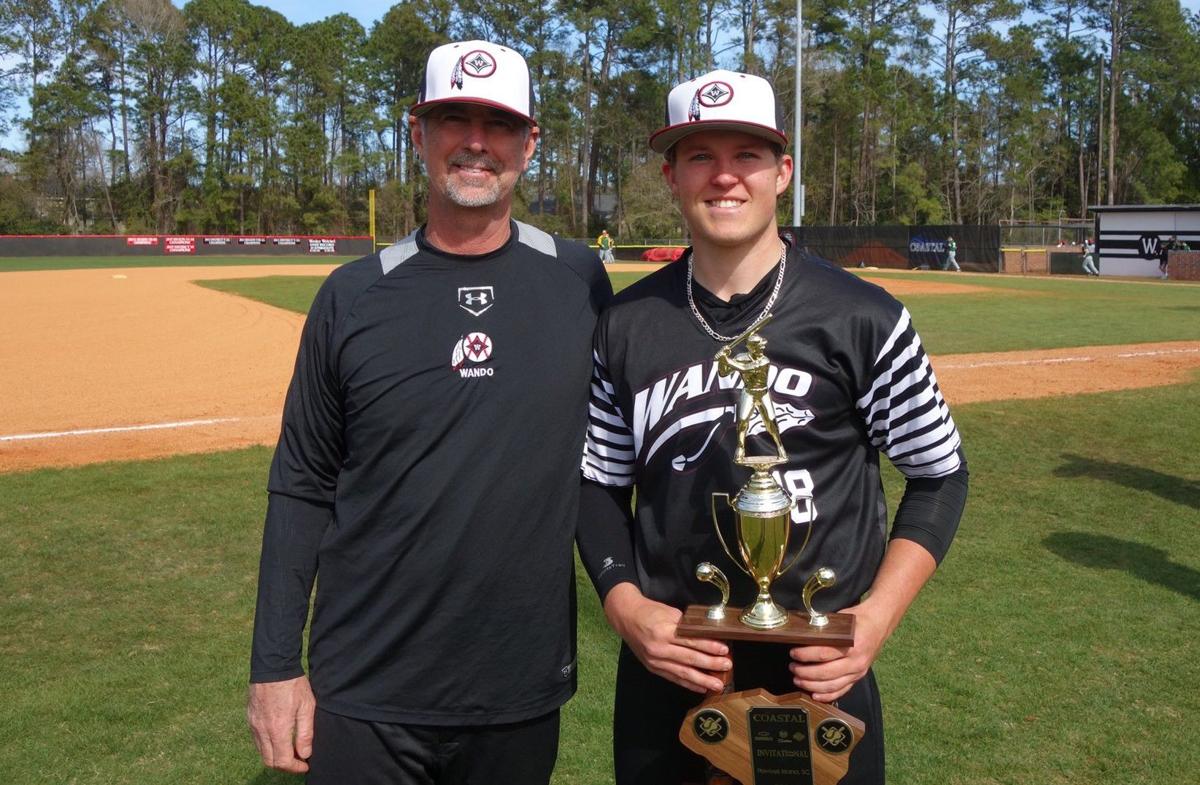 “We have a ton of guys who can swing it this year and our offense is what helps our pitching,” Garris said. “Offense was what we lacked last year and I think we have it this year. We’re confident that we can put 10 runs on every team we play.”

Wando erased a three-run deficit with a seven-run rally in the fifth inning of the 14-5 win over AAA No. 4 Cheraw Sunday in the tournament title game.

The Warriors rang up 10 extra-base hits. Four Warriors logged multiple hits as the team put together 13 total hits in all by nine different players.

Wando registered six doubles in the fourth and fifth innings alone. The Warriors batted around in the fourth. Conner Boan was the seventh Warrior to step to the plate. He pushed Wando ahead 6-5 with a double to left field that scored Josh Brueckner and Evan Grant. Connor Cino, Garris and Ben Bullard each followed in order with doubles that scored a run. The Warriors rang up five more runs in the fifth.

“We came out slow and got behind and could’ve given up but we got together as a group and we just didn’t try to do too much,” Garris said. “I knew when we got the lead that I could hold Cheraw off and Marshall could finish it.”

Garris steadied the Warriors on the mound. Wando trailed 3-2 when he entered in the third inning. He struck out four and didn’t allow a hit or walk through the next four innings, just one unearned run as the Warriors pushed ahead. Marshall Whitmer was dominant in the top of the seventh, retiring Cheraw in order with three strikeouts on just 10 pitches.

Brueckner finished 2 for 4 with two RBIs and two runs scored off two doubles. Boan and Garris both logged two RBIs and a run scored. Whitmer drove in two with a pair of doubles and scored a run.

“We have a dynamic offense,” Garris said. “Everyone looks to just do what they can to help based on the situation.”

Wando allowed AAA No. 10 Aynor just two hits in a 5-0 shutout on Saturday.

Three Wando pitchers combined to throw a no-hitter against Socastee on Friday.

Reed Garris went the first three innings, striking out five without a hit or a walk. Michael Nastro handled fourth inning with two strikeouts and a walk. Preston Turner closed things with one walk in the fifth.

“Our pitching is probably the most underrated in the state,” Garris said. “We have power arms and finesse guys.”

Wando scored three runs in the second inning and three more in the fourth. Boan and Will Hill both drove in a run and scored another. Nine different Warriors logged a hit, four of them extra-base hits.

Wando opened with a 3-0 shutout of Waccamaw on Friday.

Warriors senior right-hander Christian Constantinou went all five innings on the mound, striking out seven and allowing three hits with no runs scored. The USC Sumter commit retired the leadoff hitter in four of five innings. He averaged just under 14 pitches per inning, sitting down seven batters on three pitches or less.

Bishop England and Oceanside are among several locals included in the S.C. Baseball Coaches …

In just over a year’s time, one of the strongest fields in professional golf will return to …

Cougars' Jasper has game and swagger

Jack Cantey revered by those who knew him well

Listen to those who knew him well and he was a gentleman, a man of faith, a legend.