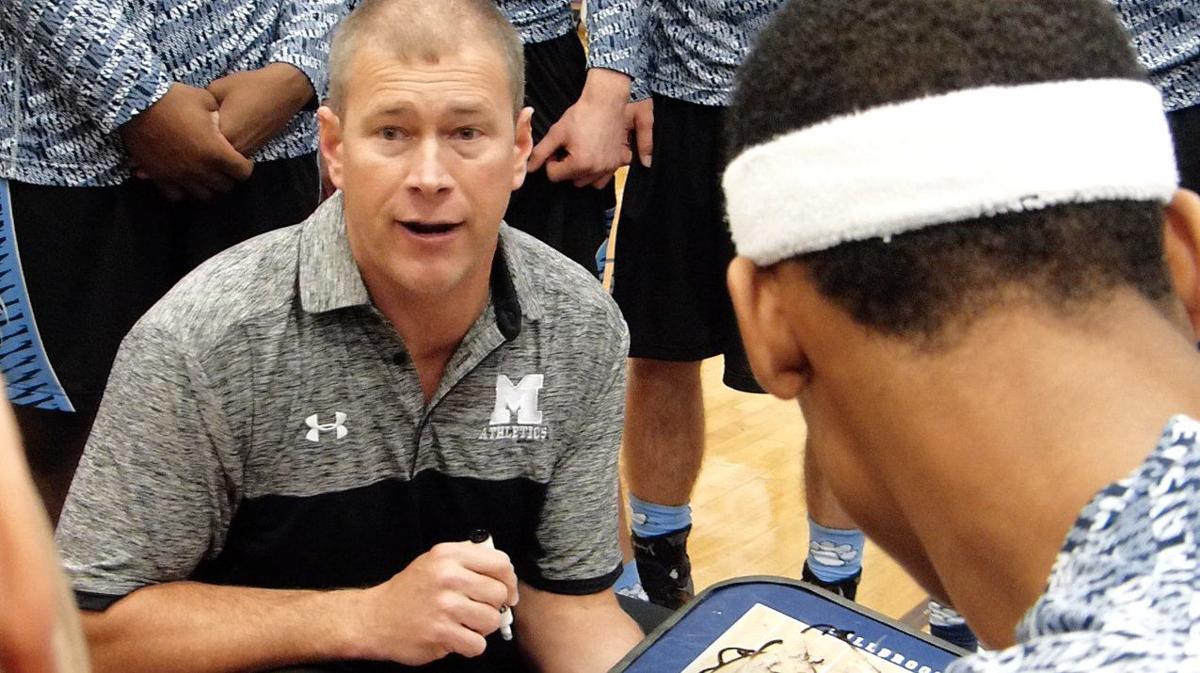 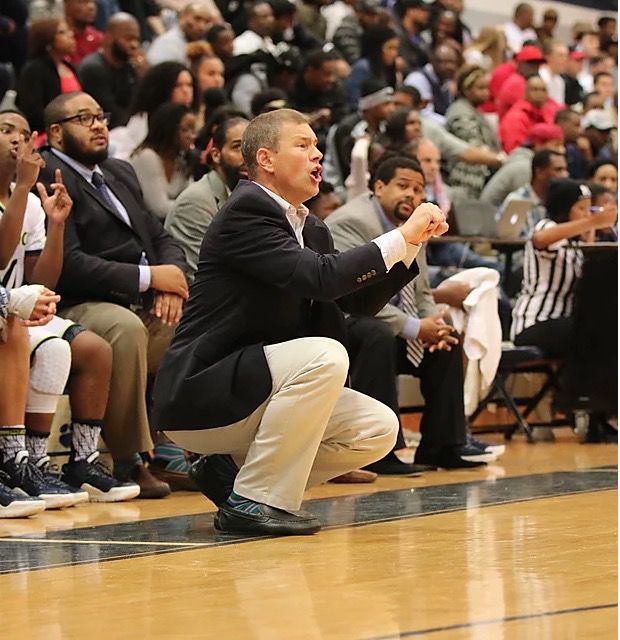 Three hours before the Houston Rockets are to tip off against the New York Knicks at Madison Square Garden, Chris Clemons is returning a missed phone call.

A newspaper reporter, some 800 miles away, is on the other line asking the Rockets rookie about his high school basketball coach.

“Coach Mac?” Clemons asks with obvious affection. “Yeah, of course I got a few minutes to talk.”

David Neal is especially busy this afternoon. The spring seasons are fully underway at Sanderson High School, sending its athletic director bouncing between soccer and baseball and then off to track.

Neal is traveling between fields. He doesn’t recognize the number calling his phone; It’s from out of town. He answers anyway. He doesn’t have much time but, for this, he can spare a few moments.

“I’m honored to have been considered his biggest rival,” the former Apex (N.C.) basketball coach says with just the slightest titter in his voice. “He really was the best of the best in our area for a very long time.”

Sherriff’s captain Troy Wheless is in a command staff meeting when his phone buzzes. He can’t talk right now. He soon sees that it’s regarding McInnes. He just saw his old coach about a month ago down in Charleston. He texts back that he’ll be free in 15 minutes.

Ask those who know McInnes, the ones who really know him — a professional basketball player, a longtime rival, a college hall of famer — and their willingness alone to stop what they’re doing in the middle of the afternoon to discuss him tells the story.

“He has an impact on you,” Wheless said. “He’s a teacher. He always loved to teach. He can make a difference wherever he is.”

McInnes, 50, has spent the past 19 years as athletic director of Millbrook High School in Raleigh, North Carolina. He was most recently honored as the state’s Athletic Director of Excellence in 2019.

He’s maybe best known as a basketball coach, though, having collected nearly 500 wins with a .759 career winning percentage. He’s the all-time wins leader at Millbrook, his alma mater, where he went 357-121 over 17 years before stepping down in 2017.

Millbrook won 10 regular-season conference championships and six tournament titles under McInnes, often competing in what was considered the most competitive conference in the area. The Wildcats finished either first or second in their conference in 16 of McInnes’ 17 years as head coach. The one season that Millbrook didn’t finish in the top two of its conference, it went on to make the school’s only appearance in a state title game.

“He maximizes the potential in you as a player and a person,” said Clemons, a 2015 Millbrook graduate who ranks third on college basketball’s all-time scoring list. “It doesn’t matter if you’re his best player or his worst. He’s going to love you like family. That’s going to translate in whatever he’s doing.”

Clemons remembers McInnes’ energy most fondly. McInnes would storm into the locker room before games and deliver rousing speeches that would ignite the room. Clemons loved it. He often scored 20. The team often won.

Wheless knew McInnes much earlier in his career, during his first few years as a head coach at Bunn High School. McInnes went 118-30 in five years at Bunn, including state title game appearances Wheless’ junior and senior seasons. Wheless, though, when describing memories of McInnes, first mentioned that he ran the Fellowship of Christian Athletes group at school.

“It’s all the other things he does,” Wheless explained.

Nearly 40 of McInnes’ former players have gone on to play college basketball, including Wheless who was an All-American at the College of Charleston. Clemons, unprompted, also praised McInnes’ willingness to help his players get recruited. Wheless even dabbled in coaching some after his own playing career, in part he says, because of what he learned from McInnes. When Wheless was inducted into the College of Charleston Hall of Fame in January, McInnes was there, cheering him on as always.

“He’s a very outgoing, very caring person even outside of basketball,” Wheless said. “He’s always been very personable. I think that’s probably why he’s a good (athletic director) too.”

McInnes has a sister who lives on Daniel Island. He’s been visiting the Charleston area for years.

He vacationed to the Isle of Palms the year he retired as a basketball coach. He remembers sitting in the sand on the beach, asking his wife, Jenni, why they hadn’t already moved to the Charleston area they so loved. He promised himself they would if they ever one day had the chance.

McInnes stepped way from coaching basketball to spend more time with Jenni and their four children. They have a set of triplets who will be freshmen in high school next year and a fourth who will be in third grade.

He couldn’t quite stay away though. He took over his triplets’ rec team and admits he might’ve taken it too seriously. He printed out team handbooks and organized Xs and Os sessions. Teams were only allowed to play man defense in this league of sixth graders. McInnes’ team played man but had been taught so well to help on defense that opposing coaches complained it was too much like a zone.

“We had a lot of fun. I think our parents were kind of blown away,” he says with a laugh. “I couldn’t stop. I’m a coach.”

Fun should, after all, be the goal, McInnes says, especially at the high school level. He hates cliche buzzwords like grinding. He believes in hard work but says the connotation of grinding takes the fun out of things.

He isn’t ruling out the possibility that he might one day coach basketball at Lucy Beckham. But he says that’ll be up to the school’s administration and will depend on the athletic department’s needs. He’s more concerned right now with what’s required of him as the athletic director.

“I do miss it — the deep relationships with the players, the effect you can have day to day,” he said. “I’d like to get back into it one day. But I also really want to do some excellent things within our athletic department. So I don’t want to do anything right now to take away from that.”

McInnes sees Lucy Beckham as a rare opportunity to establish culture and mold tradition on a fresh canvas. He says the school will use the success of nearby Wando High School as a “big brother” blueprint, while still shaping its own identity.

“I want to add positive energy to what’s already happening around here,” McInnes said. “How can you not be excited about Lucy Beckham? It’s about who Lucy Beckham was as a person. It’s the school, the building, the community. We are creating something special.”

McInnes wants to develop leadership that will continue to sustain that momentum. Coaching positions at Lucy Beckham have already begun to garner heavy interest from potential suitors. A transplant himself, McInnes doesn’t necessarily feel obligated to hire local. He isn’t opposed to it either. He promises to thoroughly consider any candidate by vetting both their references and rivals alike. Your friends know you well, he explains, but sometimes the opposition knows you even better.

Those close to McInnes speak highly of him. Clemons and Wheless use words like leader, winner and backbone of the community. And what then of his rivals? What would they say of Lucy Beckham’s first athletic director?

“He was the best, year in, year out,” said Neal, who’s competed again McInnes annually for more than a decade, including a memorable win over Millbrook in the 2014 state title game.

“His teams are a reflection of him.”

If that much is true, according to those close to McInnes, Lucy Beckham’s athletic department is far better for it.

Jack Cantey revered by those who knew him well

Listen to those who knew him well and he was a gentleman, a man of faith, a legend.

The range that earned Jamel Smith the Beckham football job