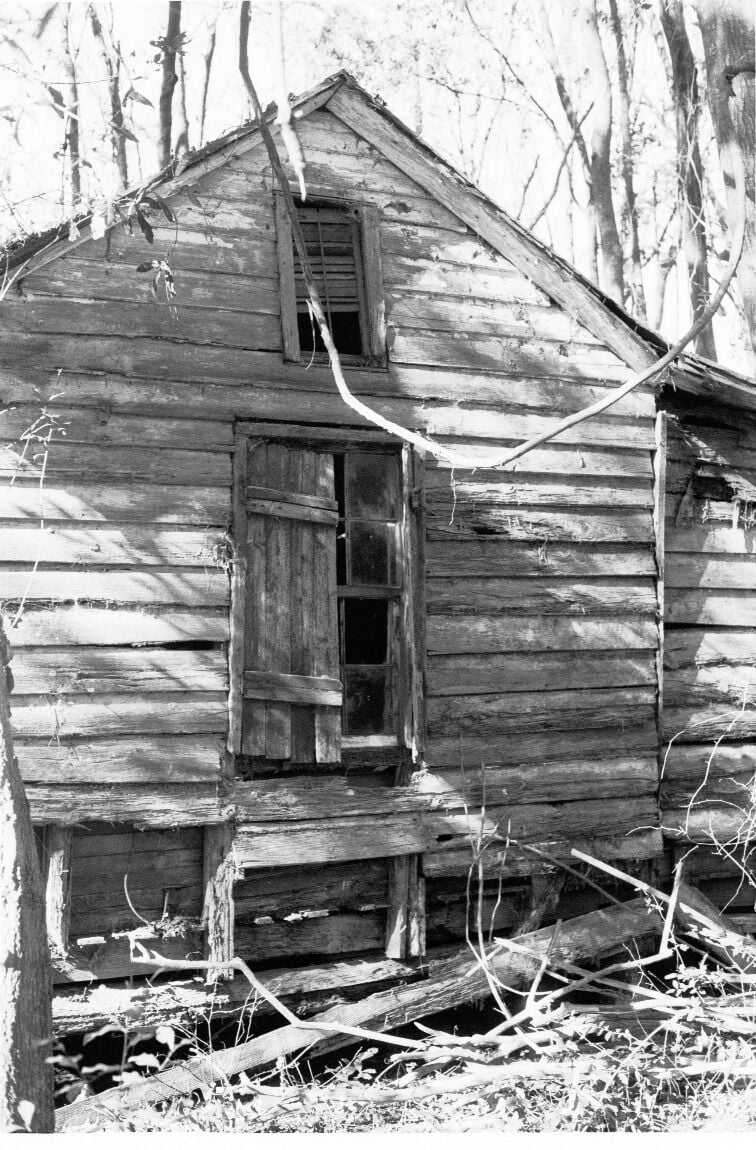 The brave little house still stands owing greatly to the skill of its builder. 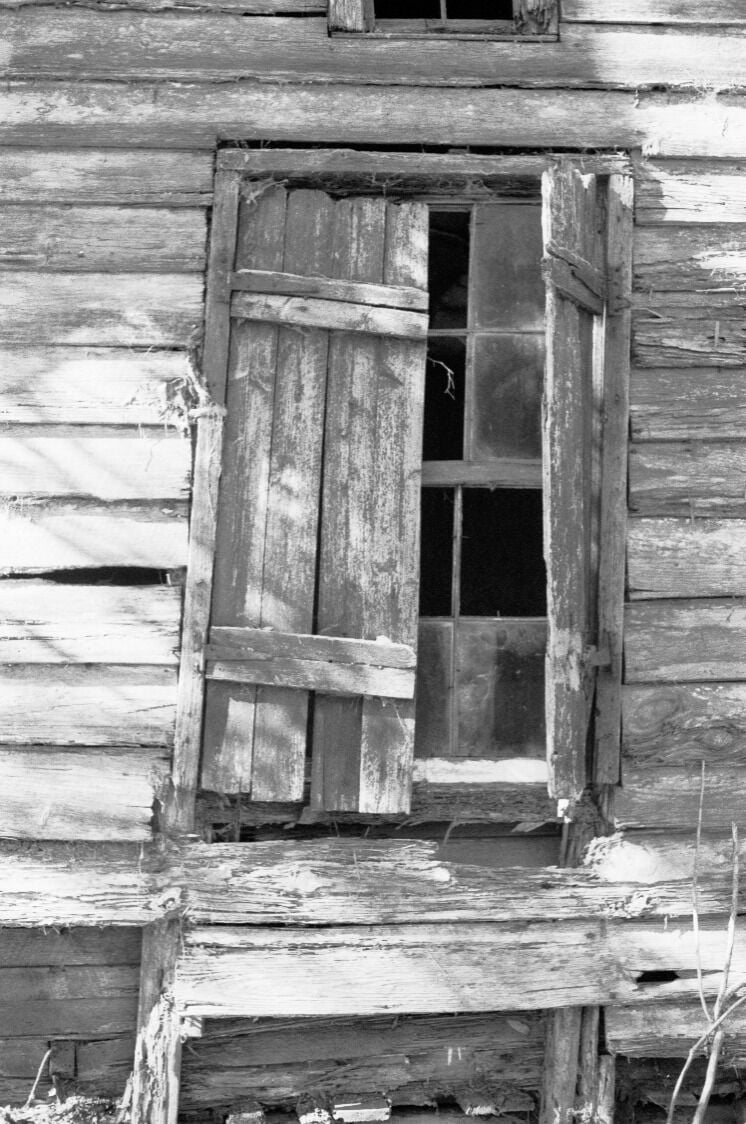 The house was part of Greenhill Community, one of the first African American communities east of the Cooper. 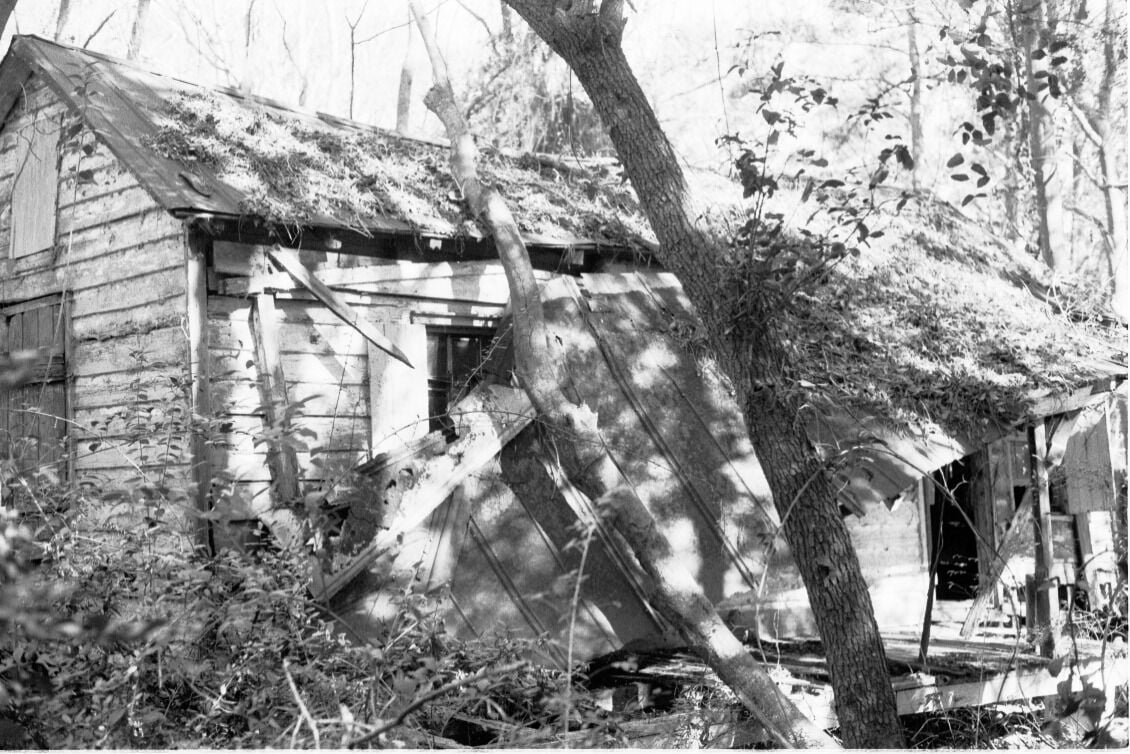 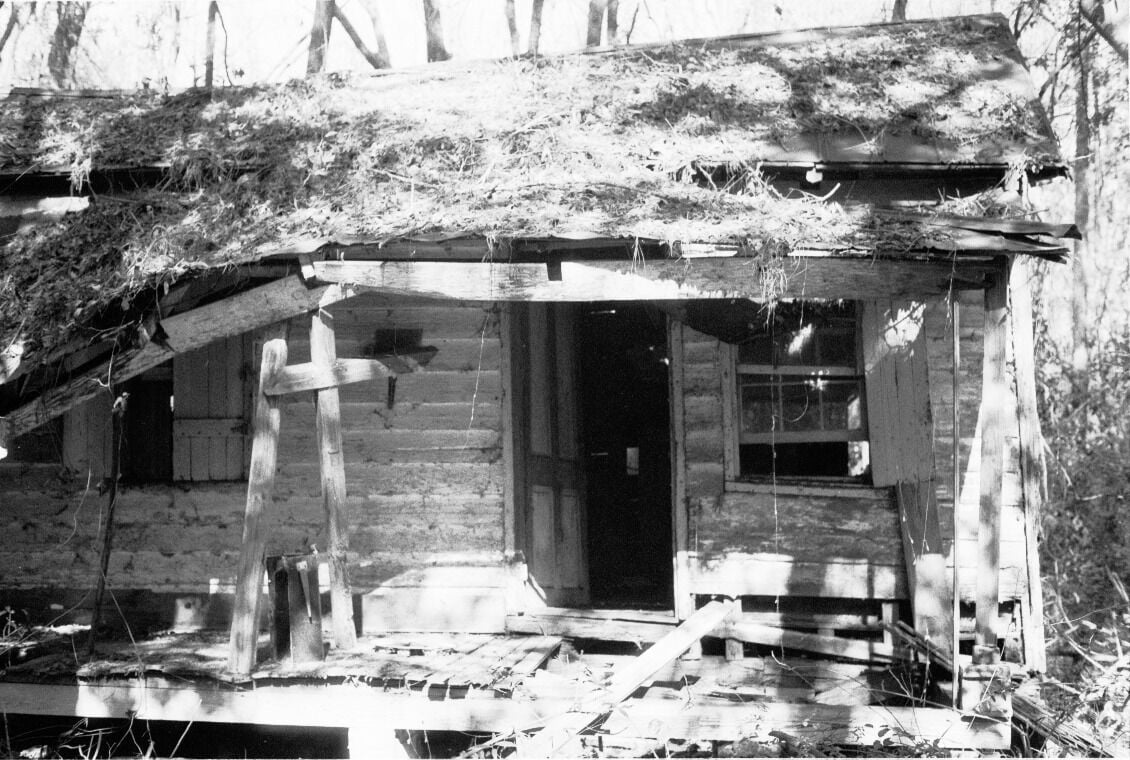 The tottering little house leans in every wrong direction. The front door is open, but not in welcome.

Ten years ago South Carolina designated Mathis Ferry Road as a scenic highway. And scenic it is, especially the two-mile stretch where bowering live oak branches, draped heavily in Spanish moss, reach out and touch high above the roadway.

The tunnel effect is inviting, like a picture postcard and a happy place to be driving through, especially when the autumn leaves are changing color. Serene and pastoral, it’s a reminder of how life and times in Mount Pleasant used to be, before the traffic and all the people.

In your travels you may have noticed an abandoned old house on Mathis Ferry Road, it’s set back, partly hidden in the woods, lost in the brambles, a stone’s throw from Elijah Green Road (across from Anna Knapp Blvd.).

The small gabled house, gone to rack and ruin, caught my attention some years ago. I never pass without making sure it’s still there. Each new season has further taken its toll on the structure.

Five years ago, thinking it was now or never, I decided to capture what was left of the ramshackle house on film. Not overly fond of snakes and definitely not a fan of chiggers, I chose one of the coldest days of winter to trek into the thickly wooded property camera in hand. The thorny greenbriers showed no compassion.

The tottering little house leaned in every wrong direction, a tree had already claimed part of the porch. The front door had been left open, but not in welcome, it most certainly wasn’t safe to go in. It had been a lovely little house, the materials used to build it were of fine native quality and the method of construction led me to believe the building was well over 100 years old.

Now, five years after, the brave little house still stands owing greatly to the skill of its builder. No longer proud, its roof recently collapsed, the structure has deteriorated to the point where it will soon be only a distant memory.

Over the holidays I began thinking about the house and its past, especially the families who made this simple dwelling their home: a morning fire in the kitchen stove with biscuits in the oven; children at breakfast; Thanksgiving dinners and Christmas with a tree in the parlor, candles in the windows and a wreath on the door.

The other day I was cordially greeted by the lady in charge at the Green Hill Community Center who knew a great deal about the neighborhood and was happy to take the time to talk about it. It so happens, according to her, the little house near Elijah Green Road is part of the historic Greenhill Community.

Greenhill was one of the first African American communities east of the Cooper established by freed enslaved people. Over 150 years ago, in 1870, freedman Hardy Green bought 30 acres along Mathis Ferry Road and subdivided it. (There’s a historic marker opposite York Street detailing the story.) Originally named Spark Hill, the area became a farming community where they tilled acres of land, growing produce and raising livestock, hogs and chickens. Vegetables, meat and eggs were delivered by boat daily to the Charleston City Market.

Greenhill, until the middle of the 20th century, had remained isolated – suspended in time. Electricity wasn’t installed until 1942; Mathis Ferry Road was finally paved in 1951 and the United States Postal Service began delivering mail to the area in 1953. The Town of Mount Pleasant annexed Greenhill in 1983.

As of today the little house by the side of the road still stands. If only its walls could talk.

Where 5th Avenue intersects with Mathis Ferry Road there’s the Scanlonville historic marker. Robert Scanlon, a freedman, bought the Remley Plantation, 614 acres, in 1868, for about $100 an acre. He subdivided the property into farmland and town lots to be sold to former slaves who wanted to be landowners. Scanlonville, a farming community, was annexed by the Town of Mount Pleasant in 1982.

David Rogers is the award-winning author of Charleston: The Antebellum Neighborhoods and Buildings and has spent nearly four decades photographing and researching the history and architecture of the Charleston area.