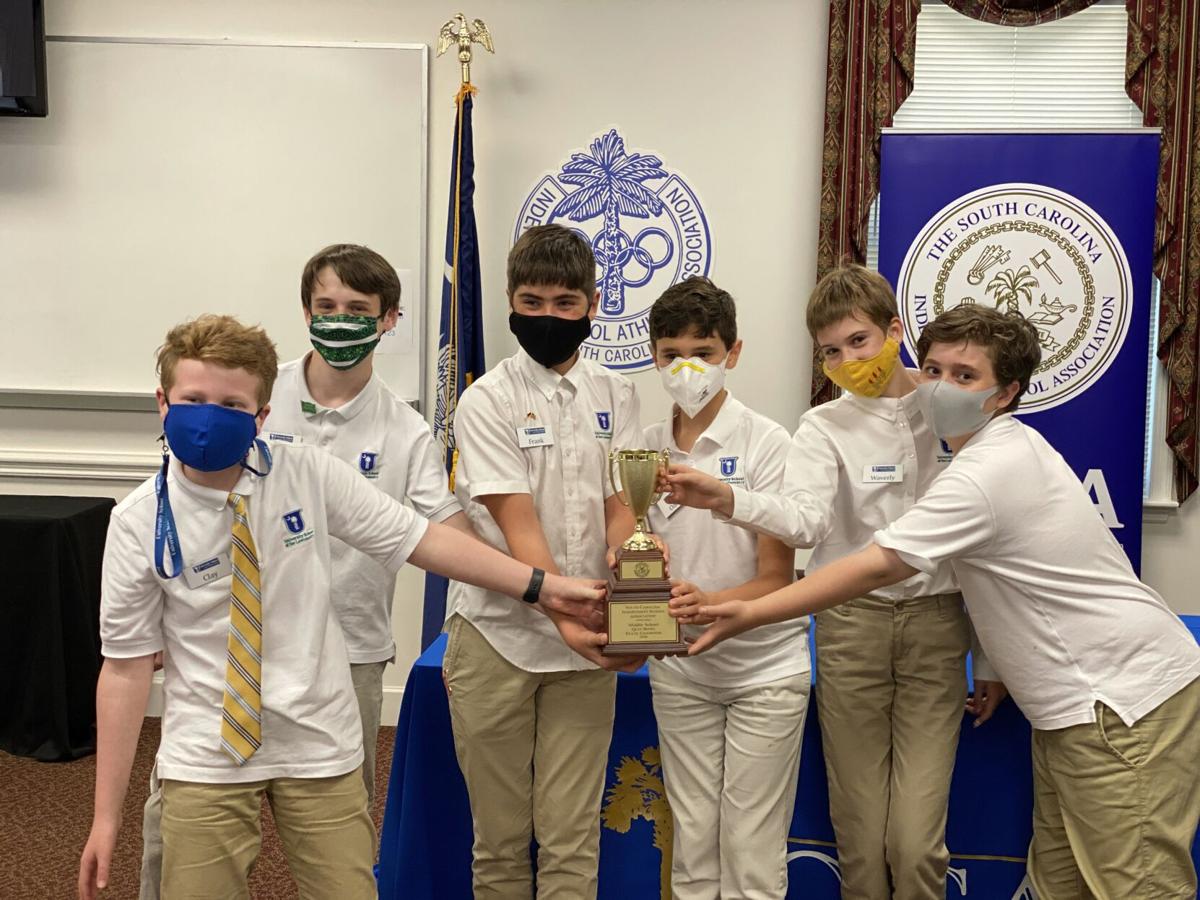 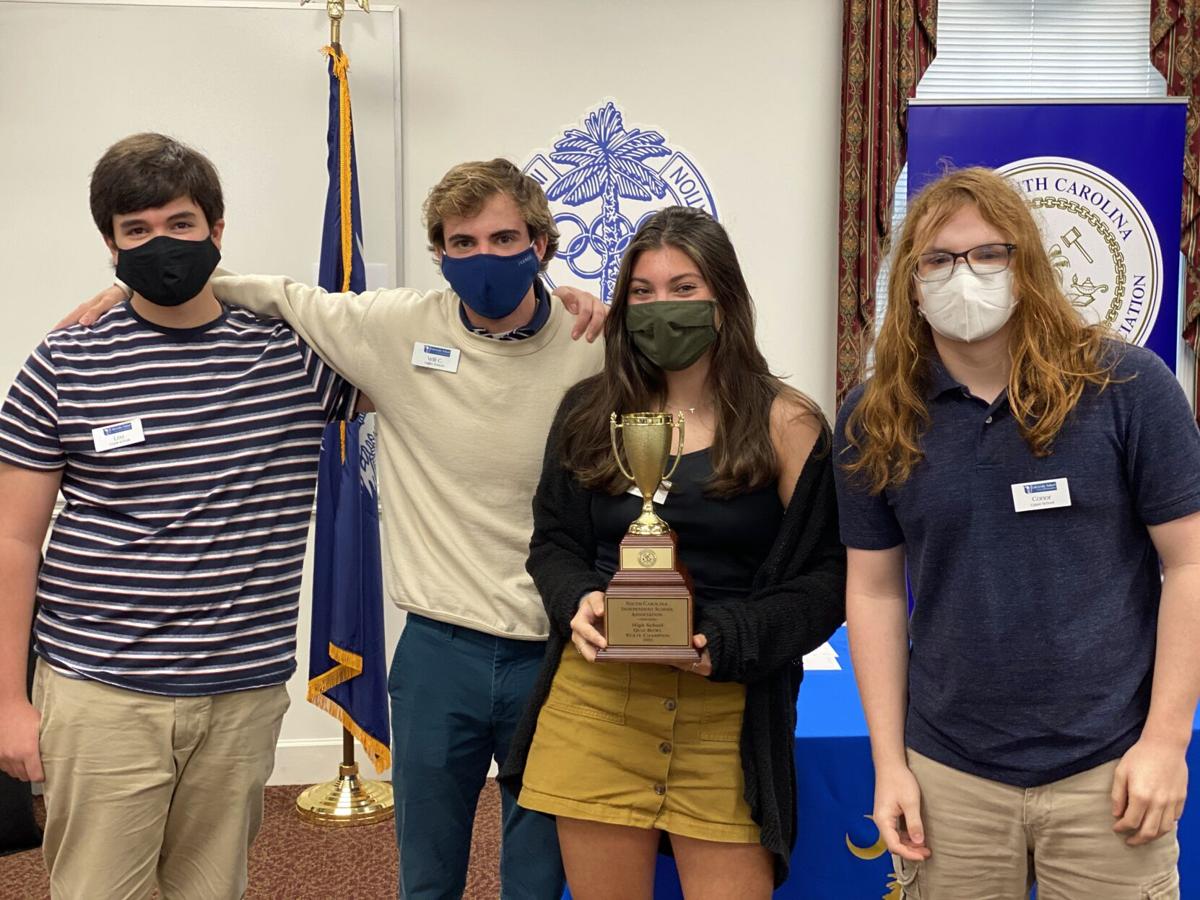 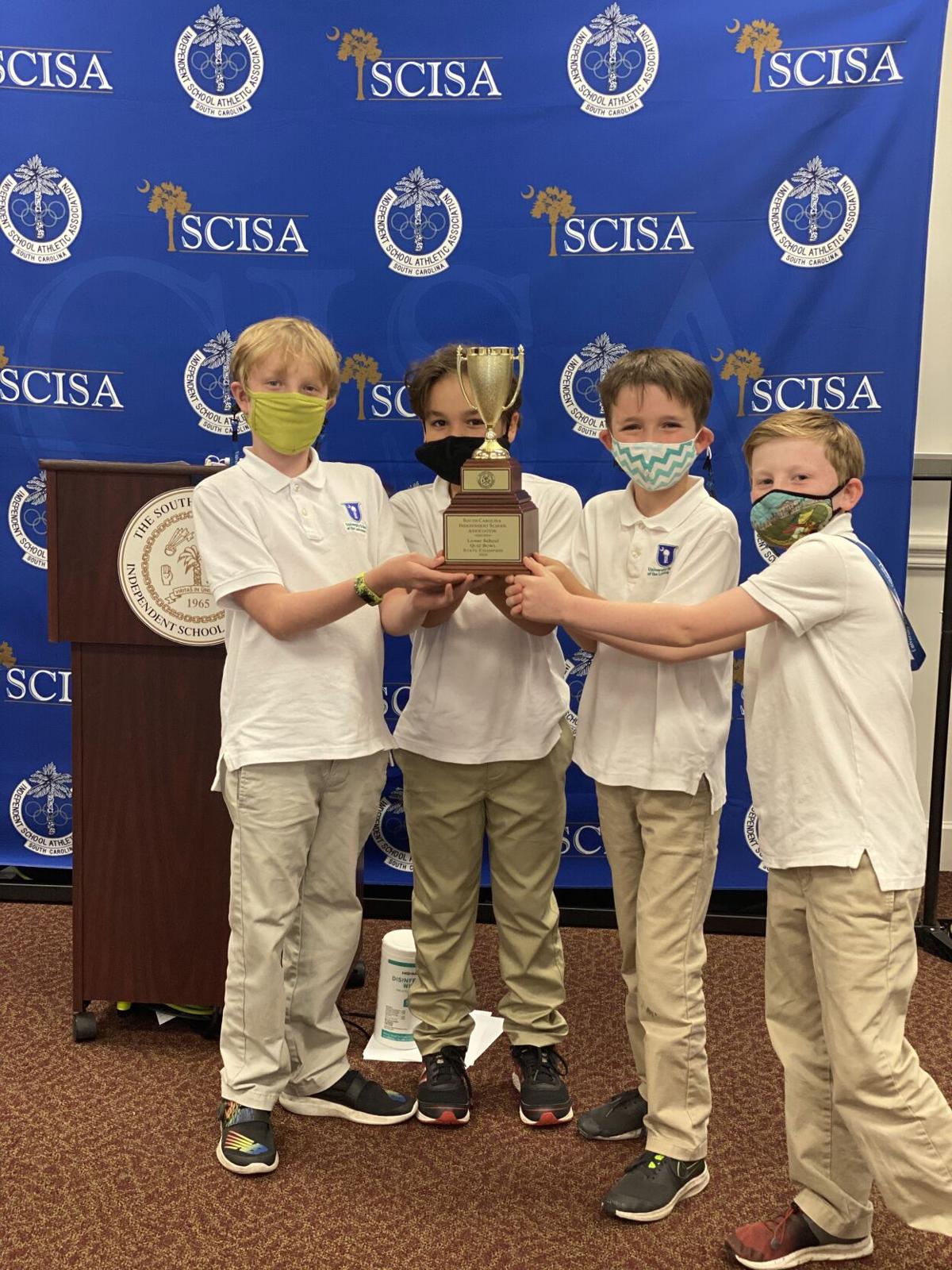 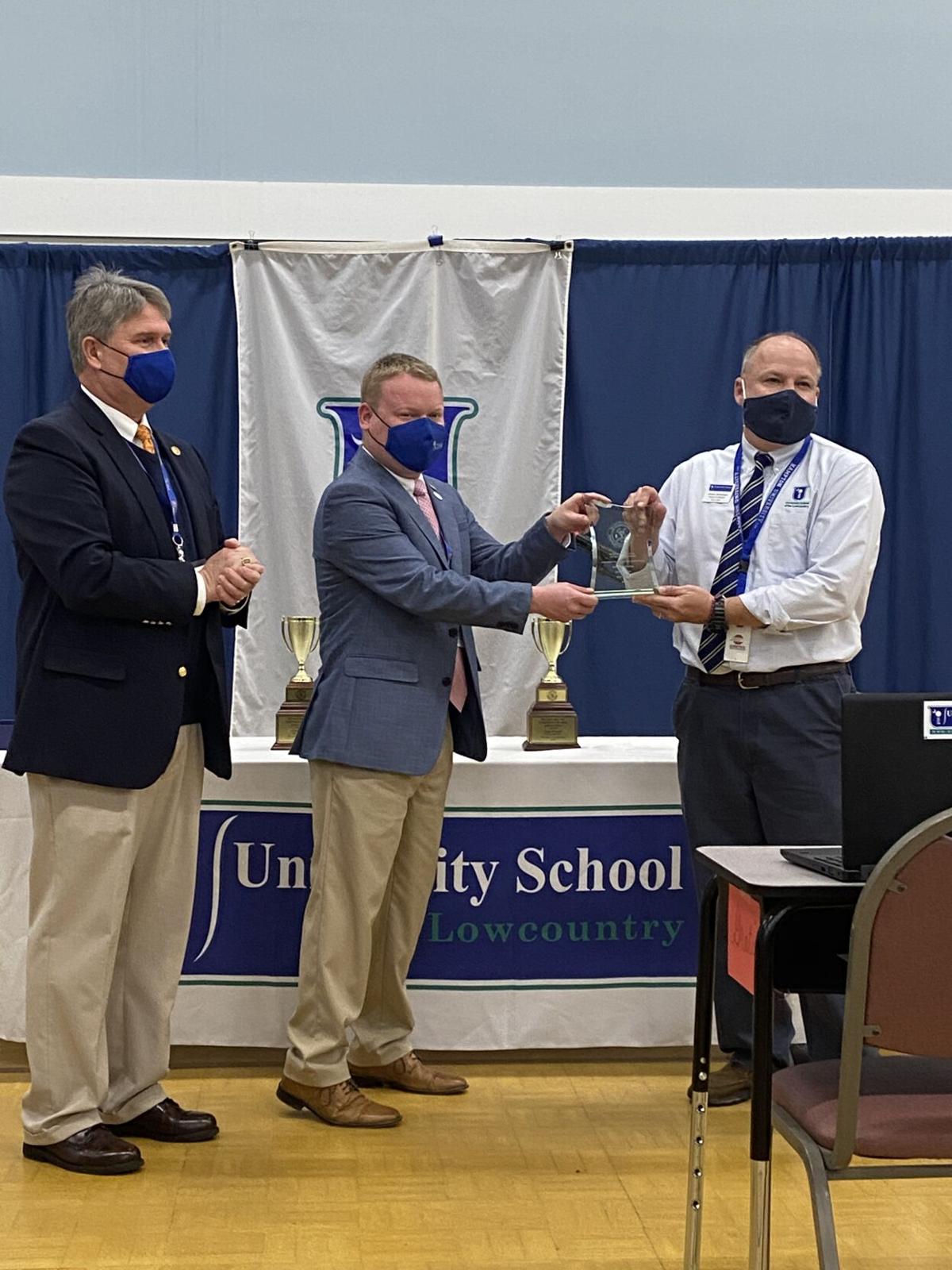 Students at the University School of the Lowcountry proved that even in the midst of a difficult year, there are no limitations on what can be accomplished.

The 80-student school defied the odds by winning the South Carolina Independent School Association (SCISA) Quiz Bowl State Championship across all three divisions, elementary, middle and high school – an unheard of feat, according to the SCISA student activities director.

“I’ve been playing quiz bowl since fifth grade and the closest we’ve gotten is second in the state so it was a nice little pinnacle moment of the quiz bowl career,” said Kessler Kreutner-Eady, a 10th grader and the quiz bowl captain for the last three years.

He said this is a “once-in-a-lifetime experience” for the school and all students and parents should be proud of the quiz bowl teams’ accomplishments.

The independent, private school in Mount Pleasant serves grades three through 12 and emphasizes a challenging academic curriculum, yet prioritizes a balanced education focusing on social, physical and emotional development.

Due to COVID-19, the quiz bowl teams competed virtually for the regional competition and state semi-finals. However, the state championship competitions were in person at the SCISA headquarters in Orangeburg. The top three teams in the state faced off in a normal setting.

“It was definitely different for the regional competition that was entirely virtual which was completely new to us, but once we got back in person for the state part it was falling back in the groove,” said Leo Vaglienti, a junior at USL and member of the quiz bowl team for the past seven years.

Vaglienti said the state championship was exciting because it was a close game at the end. The team pulled through and went undefeated against Cardinal Newman School in Columbia and Holy Trinity Classical Christian School in Beaufort.

Jason Kreutner, the head of school at USL, said the small, dynamic school is full of curious minds and high achieving students. Aside from learning valuable facts in the classroom, the students watch the news each morning, hear from various political and religious leaders and learn outside of the classroom when possible. He said all of this played a role in the quiz bowl teams’ successes.

“All of that added up to a really crazy and amazing thing of winning all the quiz bowl divisions in one year. I never thought that would ever happen,” said Kreutner.

Frank Gibbes, an eighth grader at USL, said the middle school team reflects their learning and he feels a sense of accomplishment after winning the state championship.

“I think it’s really a recognition of what we do here. We want to be not like a normal school – we want to learn out of the ordinary, do all of these extracurriculars,” Gibbes said. “I think that us being the first school to win all divisions just really seals that in.”

Beutel-Green, a fourth grader, said winning the state championship means a lot to him. “I don’t think I was the biggest player on my team, but I think I did something to help my team get to where they are now,” he said.

Another part of the championship experience he enjoyed was the snacks. He said they were given a lot of candy throughout the day.

Leeke, another fourth grader, said he liked answering the questions when it was his turn, especially ones about mythology and math.

“I was just spitting out all of the math questions and I think it was fun,” Leeke said.

The quiz bowl teams meet every Tuesday to hone their skills. While a lot their factual knowledge is gained in the classroom through history and humanities classes, Gibbes said studying together is an important factor because the competitions come down to teamwork.

William Courtney, a senior at USL, appreciated the opportunity to be a part of the team and compete at the state level while also building friendships with members on the team.

“Quiz bowl is just another part of USL, it’s another community and another club that we can do and I got close with the people in quiz bowl club,” Courtney said.